The Tea on the Tea: Guayakí Yerba Mate to No Longer be Sold at Weshop 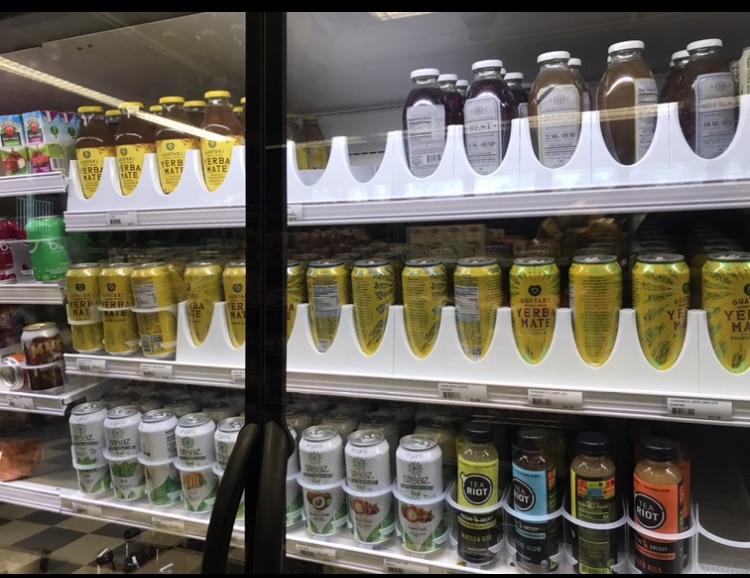 Weshop will no longer sell Guayakí brand yerba mate once the Guayakí warehouse stock runs out. Weshop will continue to sell other brands of yerba mate, like Yachak, teaRIOT, and SOUND, but Guayakí Yerba Mate is the leading brand of the yerba mate in the U.S., and was sold in over 6,000 stores as of June 2018.

As Weshop manager Gary Kriksciun explains, the suspension had nothing to do with Weshop.

“We noticed all the [Guayakí] Yerba Mate products said ‘DS,’ or discontinued,” Kriksciun said. “So we went to the website and there’s a statement on the website on how they’re not gonna be going through big distributors and actually said they want to hire ambassadors.”

Kriksciun pointed out that it’s strange that Guayakí is switching to relying on brand ambassadors, as this is usually a tactic brands use in the early stages of their marketing.

The news of Guayakí Yerba Mate’s discontinuance has upset many yerba mate lovers across campus, as the drink is widely popular among college students—Wesleyan included.

“The number of times I’ve gotten a text from someone saying, ‘Hey I’m in Olin right now, would you grab me a Yerba’ is astounding,” Guy Haninovich ’23 remarked. “This campus runs on Yerba.”

Jackson Goldman ’22 told The Argus how upset he was about the Guayakí brand yerba mate’s phase out.

“I felt like something was taken from me,” Goldman said. “I was not prepared.”

Many students see yerba mate as a better alternative to coffee.

“It gives you a very good caffeine rush that isn’t jittery like coffee,” Mitzi Adler-Wachter ’21 explained. “It really allows me to just like focus and have this very peaceful caffeination.”

“I personally don’t like coffee,” Demann said. “There are many times throughout the day, especially with a busy schedule as [a] student athlete, that I need caffeine to pull me through the day. I’ll drink coffee but in my opinion a yerba is a better alternative. [It] tastes better. And it has the caffeine content of two coffees.”

Wesleyan students are not the only ones who love yerba mate. Weshop cashier Wendy Norton has also grown fond of the drink, stating that it’s become part of her daily routine.

“I’d drink it at two o’clock,” Norton explained. “That was perfect timing for me to have my yerba, I was able to sleep at night, but it would give me that ‘boost’ for the rest of my shift.”

Norton also emphasized the impact the change will have on students.

“I believe students are going to be very disappointed,” Norton said. “They’ll have to find another favorite caffeine drink.”

Kriksciun is very aware of the popularity of the Guayakí Yerba Mate, and the effect its suspension will have on the student body.

“Most of the products are student-driven,” Kriksciun said. “When you see something like the yerba mate, having this big space in the cooler it’s because that’s what you guys want. We sell a lot of it, so definitely people are not going to be happy.”

Although Weshop is looking into yerba mate alternatives, Kriksciun pointed out that he believes no brand quite compares to Guayakí.

“There is no company that offers yerba mate on that scale,” Kriksciun explained. “You’ve got a couple different companies that make two, three, four flavors but they [Guayakí] had cans, they had bottles, they had energy version. Nobody does that.”