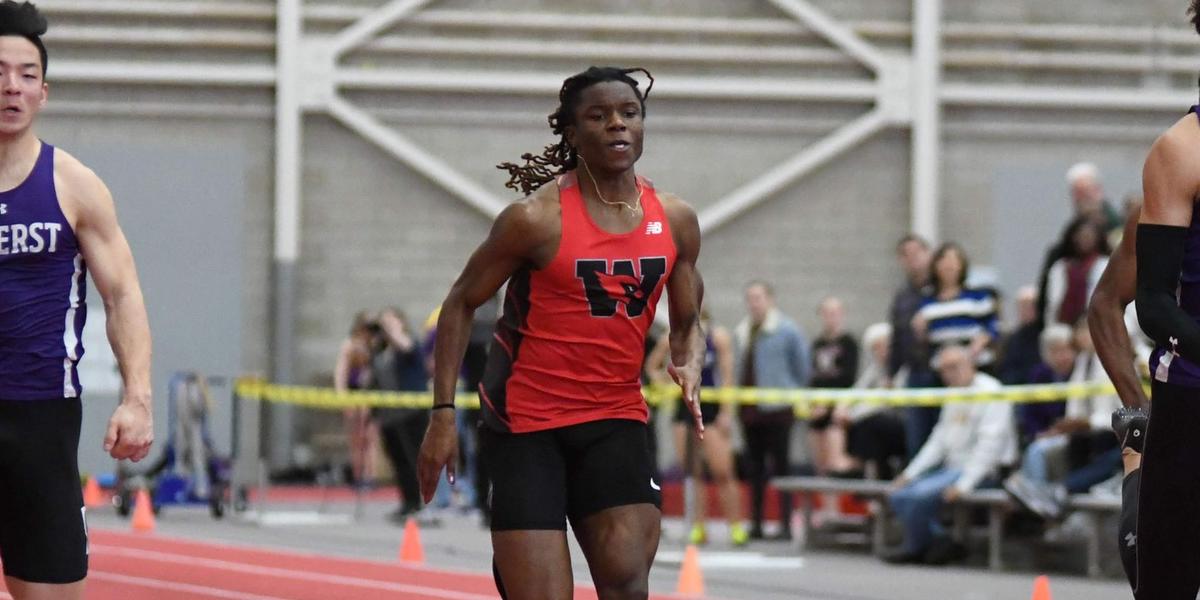 Track and field didn’t have to travel far for their latest competition on Feb. 1, as the Cardinals hosted small colleges from across New England at the Wesleyan Invitational in Middletown. Both the men’s and women’s teams were very successful on their home turf—or make that their home track: The men’s team finished first seven times and found themselves as the runner-up in an additional five instances, while the women found paydirt across the board with 18 top-five finishes, including five gold medals.

The men’s team held a tight grip over the sprinting competitions last Saturday. Christian Denny ’22 won the preliminary round of the 60-meter dash by nearly a quarter of a second, then shaved off an additional tenth of a second in the finals to finish in first with a time of 7:05. Denny emerged victorious once again in the 200-meter dash, topping Westfield State University’s Mitch Maslowski by just two-hundredths of a second. Sophomore Griffin Maristany soon followed behind Denny, landing in fourth place for the event. Three out of the top four places in the 4000-meter dash were awarded to Cardinals, with juniors Kyron Roberts and Kevin DeLoughry finishing first and second, respectively. Nigel Hayes ’23 came in fourth, behind Westfield State’s Maslowski once again.

The 600-meter run wasn’t quite as kind to the Red and Black; Wesleyan’s highest-placing competitor was first-year Cal Neveu, with the top five places being crowded with Westfield State runners. Senior William Bajohr was scratched from the 800-meter run but regained his footing in the 1000-meter run with a first-place finish of 2:39.09. The mile run was the men’s top distance event of the day, with the top five finishers all wearing red and black. Eli Gappelberg ’23 won the event with a time of 4:31.13, beating out teammates Will Ratner ’22, Thomas Doyle ’21, Adam Linsky ’20, and Miles Aronow ’22. Two other Wesleyan runners finished in the top ten of the same event, with sophomore Dale Ross finishing seventh, and junior Matt Frishkoff coming in tenth. The Cardinals fielded no challengers in any of the other distance events, with four runners being scratched from the 3000-meter run. 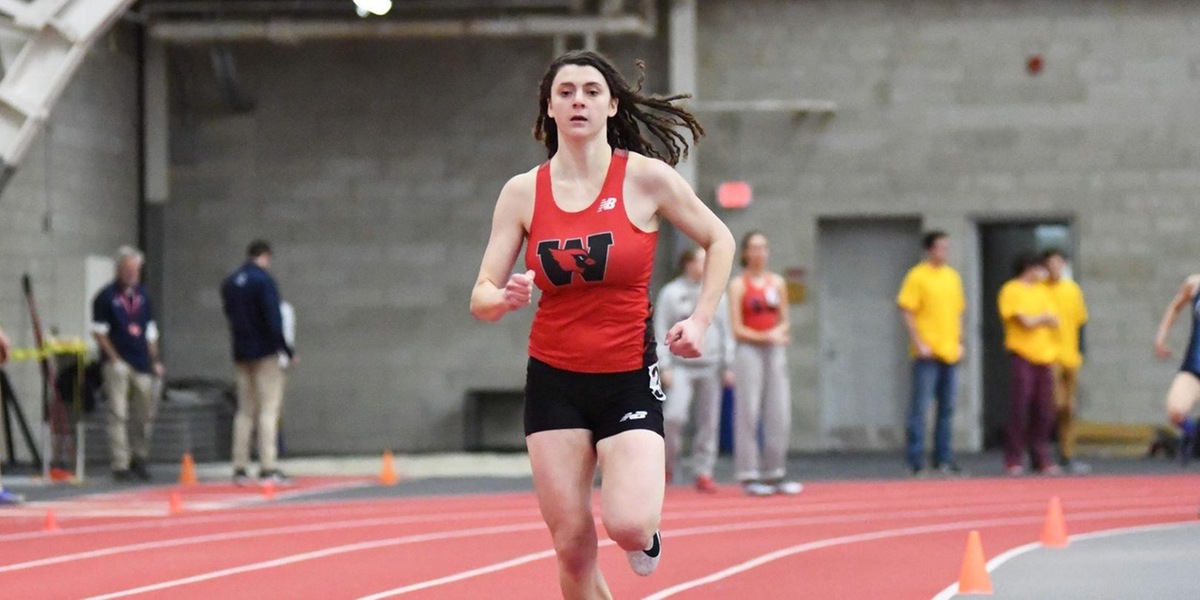 On the women’s side, the team triumphed in the 60-meter dash, as Augusta Claire Burhans ’23 took first place by more than a tenth of a second. Joining Burhans in placing were teammates Caelan Campbell ’22 (third), Sofia Pogliano ’23 (fourth), and Gabby Harris ’23 (fifth). The 200-meter dash saw more impressive finishes; first-year Grace Devanny won the event, with Burhans and Campbell finishing fourth and fifth, respectively. Devanny was victorious again after a 58.43 second 400-yard dash. Although first-year Kate Hausladen and sophomores Rachel Morrow and Belle Brown all finished in the top six, no runners except Devanny broke the one-minute mark.

Wesleyan didn’t compete in the 600-meter dash, but the Birds took home gold in the 800-meter, with sophomore Addie Thomas winning the contest by nearly seven seconds. The Cardinals had two top finishers in the 1000-meter, as Abi Pipkin ’22 took second while Ava Danieu ’23 took fifth.  Half of the top ten finishers in the mile run came from Wesleyan; Mariah Saunders ’23 led the pack in third, while fellow first-years Miranda Graves, Sara Greene, and Maeve Hoffman all placed. Senior Rosalie Skovron brought up the rear of the Cardinal flock, in tenth.

Wesleyan’s effort on the field was highlighted by the performance of senior Tara Peng, who finished second in both the high jump and pole vault. In the latter event, Peng actually found herself in a tie for the silver medal, matching the efforts of Merrimack College’s Sarah Wilson at 3.05 meters. The Cardinals had two other participants in the event, as first-years Erika Kluge and Maggie McCormick finished in fourth and sixth place. In the long jump, Mallory Elliot ’23 easily out-leapt the third-place finisher by two tenths of a meter but found herself in second behind the winning Lina Lark of Westfield State.

Unusually for Wesleyan, the women’s team struggled in the throwing events. The Red and Black’s highest-placing competitor in the weight throw was senior Morgan Usen, as junior Ivie Uzamere fouled out of the event despite possessing the farthest seed throw. The team was only marginally more successful in the shot put, with Elliot finishing eighth and Usen all the way back at nineteenth. Uzamere did not start at the event.

Saunders highlighted the value that hosting a meet provides for the Red and Black.

“I genuinely believe that we’ve been progressing well as a team. Everybody’s shown a lot of effort and tenacity over the course of the season,” Saunders said. “It’s things like the Wesleyan invite that expose us to a high level of competition and allow us to improve more than we would through regular training.”

Track’s next competition is in Medford, Mass., at Tufts’ Cupid Challenge on Feb. 8. Following that, the team travels to the Fastrack National Invite at Staten Island’s Ocean Breeze Track and Field Center.