Between Science and Art: Wesleyan Homebrewers Alliance Ferments Up A Storm 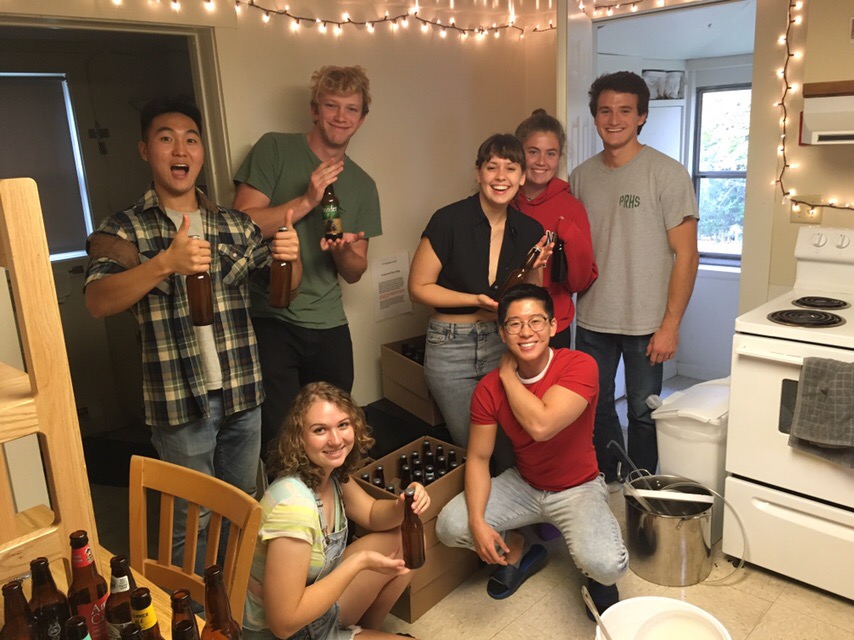 It’s no secret that college students like to drink, but few go to the lengths of actually learning, hands on, how the brewing process works DIY-style.

In the spring of 2019, Jake Multer ’20 and a group of friends revamped the Wes Homebrewers Alliance, a club that brews craft beers and other kinds of malt drinks.

“The club actually has existed for years, but it kind of died out my junior year,” Multer said, who has been part of the Homebrewing club since freshman year, and is currently the clubs’ main coordinator. “I did a lot of research on my own, and then with a few of my neighbors and friends, we started coming together and doing small brewing events within our Low Rise.”

Multer recruited other students who shared similar passions for brewing.

“Once I went to my first real [brew], where we were actually involved and got some of the product, I was hooked. It was just so much fun,” group member Harper Gambill ’21 said. “Jake is just so passionate about it and has just this energy…. I was sort of like, ‘okay, that sounds sick. I have to show up.’”

Unlike other schools like Cornell University and the University of Vermont, Wesleyan does not have a University brewery. Still, the Wesleyan Homebrewers make do with what supplies they have in senior housing.

“We basically brew once a month,” Gambill said. “We spend a day brewing, and then maybe two weeks later [we] would meet again to bottle it, and then the leadership team probably meets once a month to plan the next round of brews, taste what we created, and figure out our recipes. We have maybe four houses that we go to regularly and we sort of block out a five or six hour period where we have control of the kitchen,”

Surprisingly enough, beer is not a magical thing that grows inside corona bottles; making it takes a lot of work.

“So, you get these grains, and boil them in water to make [something like] tea—it gives it flavor,” Gambill explained. “Then, you add sugar, and [these things called] hops, which are flowers, basically, that give it flavor and make it taste like beer. So you throw all that in the pot, cool it down, throw yeast in it, and let it sit for a while. The yeast will convert all of the sugar into alcohol.” 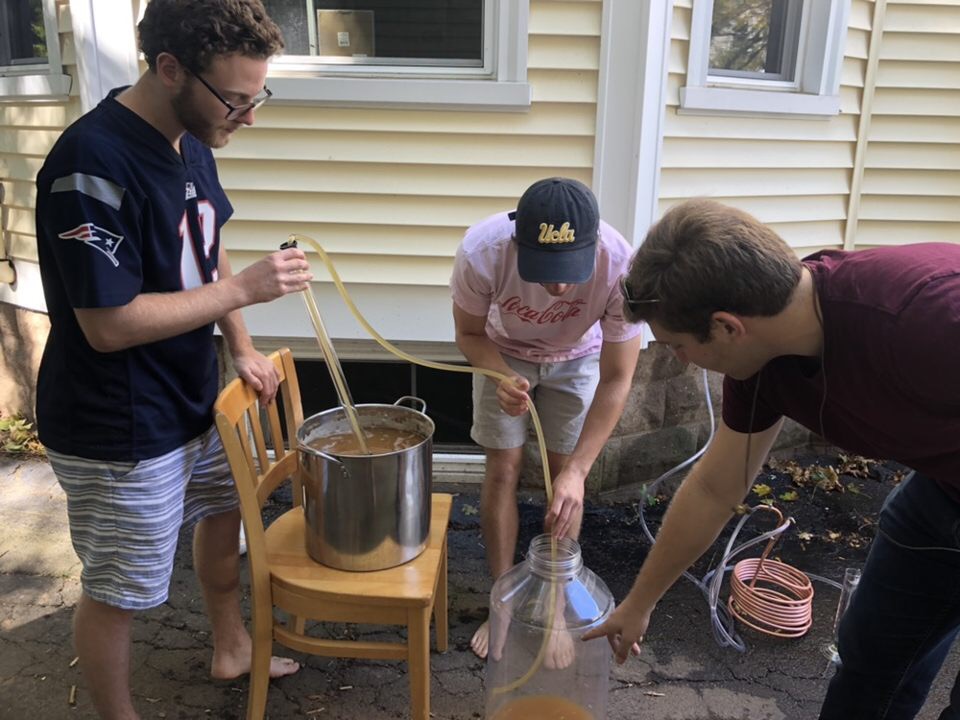 To make different beer flavors, club members add different types of grains and hops to the mixture. All these ingredients are purchased with money provided by the Wesleyan Student Assembly (WSA).

“[WSA funding] enables us to do this and come together as a group,” Multer said. “We have about thirty to forty people in the group.”

However, many members of the Homebrew club are not of legal drinking age, and thus the beer cannot be distributed to them. Instead, they focus on the craft of creating it.

“If you’re under 21 you can participate in the brewing, but you just can’t receive it,” Gambill said. “It’s much more fun to be able to try what you’ve created afterwards. Maybe that’s why there are so many upperclassmen [in the club].”

Still, learning to brew is a process that takes time; both Multer and Gambill started before they were of age, and they are both now seasoned pros.

But having a brewing club on campus begs the question: what is Wesleyan’s relationship with alcohol? A recent article published by College Stats.org ranked colleges based on the amount of “drinking related tweets” on campus (per capita). Wesleyan came in at number one in the “Wannabe Ivy league” category, beating out Amherst College (#5), Boston University, and  (#6), Tufts University (#7). Whether it’s overuse of Twitter or overuse of alcohol, Wes students are clearly winning this race.

As a college that seems to consume a considerable amount of alcohol, it’s notable that students have the opportunity to learn about what is inside the beer they are consuming.

“I realistically had no idea what alcohol was before joining the club; you know, it was something that came in a can and I drank it, but I had no idea [about] the process of creating it or anything like that,” Gambill said. “It is very interesting and educational in a sort of weird, fun way.”

That being said, plenty of Wesleyan students don’t drink: Alcohol Edu, the required online alcohol education course that all matriculating students are required to complete, claims that just over half of college students say they drink alcohol. Regardless of whether or not a student likes a sip of white claw to take the edge off after a long week, there is still a space for them to learn about brewing and alcohol on campus.

“We welcome any and everyone to come in and try out making stuff with us,” Multer said. “You don’t have to have any knowledge coming in.”

Although it might seem strange to have a brewing club at a college campus, many culinary colleges include beer in their curriculums. Jennifer Periera, the lead Beer Educator at Johnson and Wales University, wrote an article for the American Homebrewers Association on the topic.

“For generations, American culture has demonized beverage alcohol to the realm of ‘evil toxic weapon’ rather than a complex food. It’s regulated by the Bureau of Alcohol, Tobacco, Firearms and Explosives, not the Food and Drug Administration,” she wrote. “Homebrewing was only legalized in all 50 states as of 2013…. Brewing is culinary arts, with the chemistry of molecular gastronomy and the microbiology of baking. And it’s a rapidly expanding market.”

Learning to brew this commodity isn’t just fun and games—it takes expertise. The club aims to equip its members with these skills.

“[Homebrewing is] sort of like a casual lab space where people can explore and try to make things that are fun to them that they want to try to taste,” Multer said.  “It’s somewhere between a science and an art in the way that a lot of cooking and food-based things are; you can make and purchase basic versions of stuff or you can craft more complicated [versions] of it…. It’s just cooking with a few more science-y things thrown into it.”

In the future, Multer hopes to make the club more welcoming to people of all backgrounds.

“I think that homebrewing spaces can sometimes be very much like white dude spaces,” Multer said. “It’s been a personal goal for me of just trying to have it be a diverse group of different people who are interested in different things and potentially different recipes.”