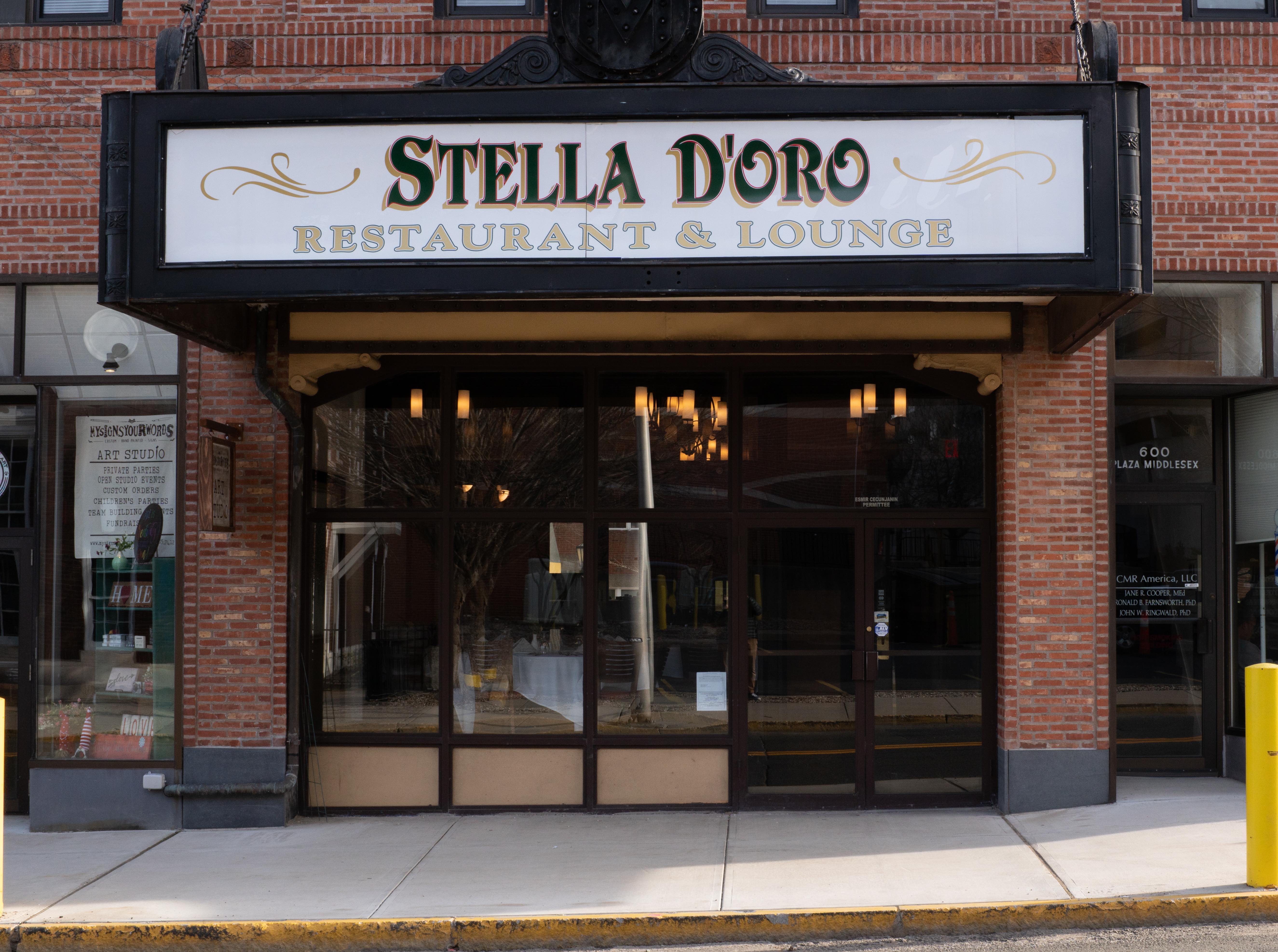 Last week, Middletown welcomed a new restaurant to College Street: Stella D’Oro. The charming, family-owned Italian eatery is a mere five minute walk from campus, nestled between the bustle of Main Street and the quiet stretch of houses leading up to Wesleyan.

“Me and my father own this place,” co-owner Esmir Cecunjanin told The Argus. “He handles the kitchen stuff, I handle the front of the house.”

Cecunjanin says that the building was previously occupied by Tuscany Grill, which is now located up the street and often visited by Wesleyan students and their parents.

“We want to keep that going for the Wesleyan people,” Cecunjanin said.“[We want to] give you guys a place to come on parents weekend and all that stuff.”

Inside, Stella D’Oro is an aesthetic masterpiece: a golden chandelier hangs from the ceiling above the mahogany bar, and the walls are decorated with ornate silver art pieces. A staircase leads up to a balcony that overlooks the entire restaurant on the right side, and Main Street on the left. Stucco arches around the restaurant integrate hints of rustic Italian architecture into the overall vibe of the restaurant, making customers feel like they have stepped into the Italian countryside for an evening.

Stella D’Oro’s glittering ambiance is a far cry from Cecunjanin’s other business, located just off of Main Street.

“I’m pretty sure a lot of the Wesleyan kids know that we are also the owners [of] Corner Pocket Bar and Grill,” Cecunjanin said. “The Wesleyan kids come there Wednesday nights for [bar] night.”

Stella D’Oro, which means “golden star” in Italian, prides itself on its relationship with the Middletown community.

“We get to know our customers, and we try to make them feel comfortable,” Cecunjanin explained, attributing this atmosphere to the fact that the restaurant is family owned. “My sisters work here, my father works here, my mom works here; it’s all family. We make you feel at home.”

Still, Main Street is rife with Italian restaurants, and Stella D’Oro has to compete for customers with eateries such as Mondo, Esca, Illiano’s, and numerous others.

“Other Italian restaurants, they just [do] chicken and veal entrees,” Cecunjanin said. “We focus more on seafood and actual, traditional Italian food. My father has been doing that for twenty five years now.”

Several diners have already complimented Stella D’Oro via Facebook, and are featured on the restaurant’s page.

“I don’t write reviews often but this was worth it!” one comment reads. “Great sized portions of fresh, incredibly delicious food…My stomach is full of joy! Cocktails are a great price and high quality…”

Another customer complimented Cecunjanin’s friendliness and professionalism, and even mentioned the steak dish.

“We hear they’re up and coming with the best steaks in the area,” the comment reads.

For new diners, however, Cecunjanin has his own recommendations.

“My favorite is the Chicken Siciliano, and the tiramisu is amazing,” Cecunjanin said. “I can’t say personally—but I’ve been told that our espresso martinis are the best.”

Cecunjanin has worked alongside his father since the age of seven, and his hard work continues today. In his early twenties, he is the owner of two restaurants.

“You gotta be here every day… it’s not easy,” Cecunjanin said. “When I’m not here, I’m over [at Corner Pocket].”

The Cecunjanin family’s hard work and years of restaurant experience is evident in Stella D’Oro’s atmosphere and cuisine. One step into the restaurant is all a prospective customer needs to woo them: how can you say no to the smell of garlic and marinara wafting from a nearby plate?