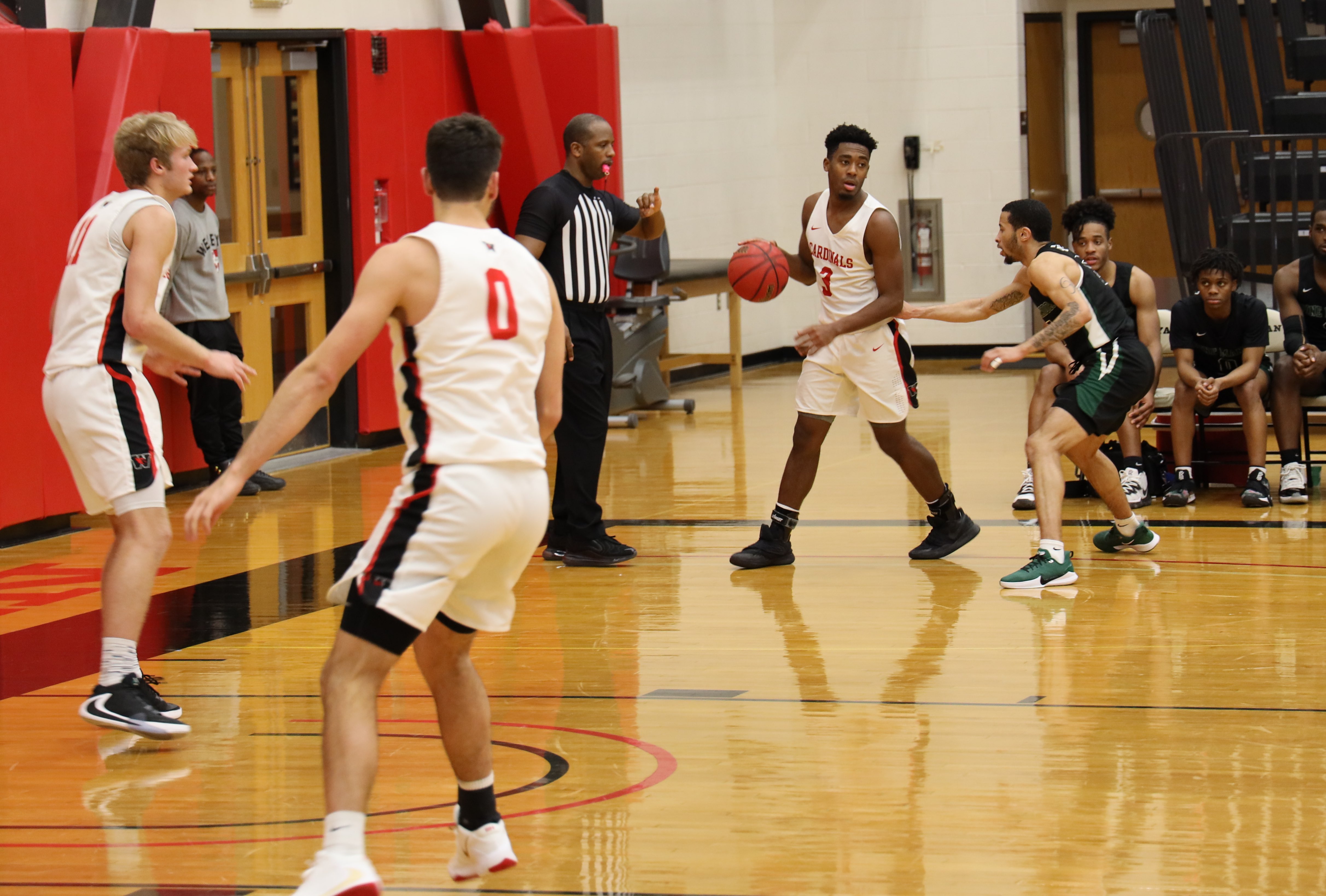 The men’s basketball team has established a strong pattern of success as the season moves into full swing. Currently, their record sits at 13–5, 2–2 in conference play, and the Cardinals are riding a four-game winning streak. Winter break was a busy time for the team; the last time The Argus checked in was almost two months ago when the team was only 4–2.

The team notched a six-game winning streak, taking down Manhattanville College, Farmingdale State University, Alvernia University, Gwynedd Mercy University, Mt. Saint Vincent University, and Amherst College. The victory against Amherst was a big one for the team, as the Mammoths were ranked No. 15 in the country at the time. Of course, any Little Three matchup is also a fun rivalry game. The team additionally took down Alvernia and Gwynedd Mercy on their winter trip to Florida.

Captain Jack Alberding ’20 has been enjoying the last season with the team, and cited the trip to Florida as a highlight.

“Our senior season has been going great,” Alberding said. “My teammates have been making it a special year with how hard they work every day in practice. As a group we love to compete, so having the chance to compete against 14 of my best friends every day in practice and then see that work translate into success on the court in games is exciting. The Miami trip is certainly a highlight of the year. We had a blast as a group on the beach and also came home with two wins. The trip is a great bonding experience where we get to spend a lot of uninterrupted time together.”

After that victory, NESCAC play—and a three-game losing streak—got under way. The team lost to Tufts and Bates before falling in a non-conference game to Johnson & Wales University. But after those losses, the team turned it around and their current four-game winning streak includes victories over Trinity, Connecticut College, Pine Manor College, and Union College.

It has been a busy stretch for the team, Alberding explained.

“The last month of the season is really about durability,” Alberding said. “We’ve been experiencing so much growth as a team on the court, the top priority is to remain healthy and game-ready. The teams that have the physical durability to go the distance late in the season have a big advantage in the home stretch. We’re preparing for this by staying disciplined with our weightlifting schedule and physical conditioning.” 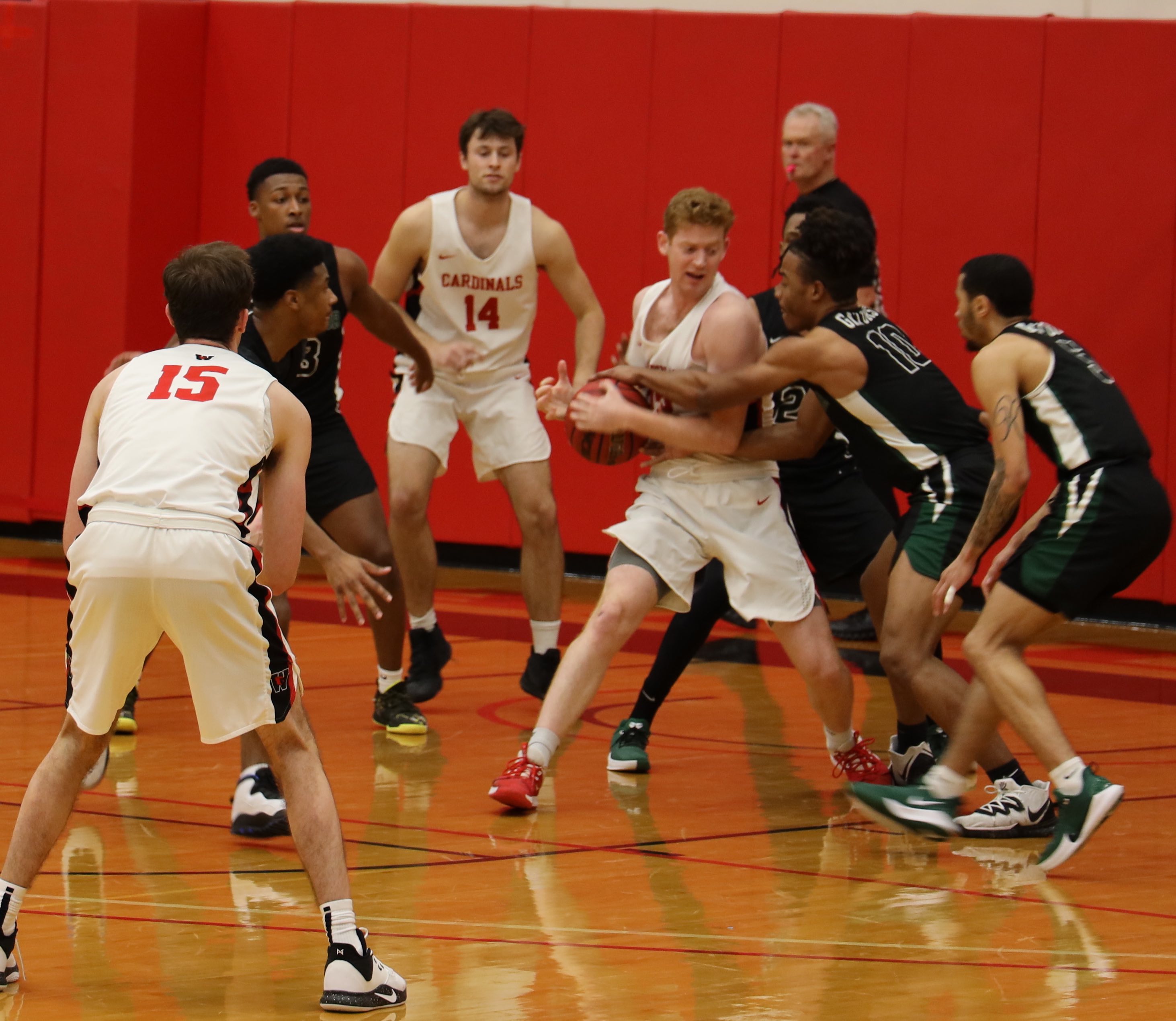 NESCAC play will start to heat up for the Cardinals going forward. The team faces off against Amherst again in Massachusetts on Friday, Jan. 31, and continue their road trip with a matchup against Hamilton only two days later.

Alberding said that the team has been focused on improving as the competition heats up.

“In the past few weeks in practice, we’ve been talking a lot about additional ways to score the basketball, especially against teams that have us heavily scouted,” Alberding said. “Specifically, we’ve been working on perimeter reaction to dribble penetration and finding our post players early in offensive possessions.”

The NESCAC is one of the most competitive DIII conferences in the country. It currently boasts three teams in the NCAA top-25, led by No.5 Colby, No. 10 Middlebury, and No. 22 Tufts.  This only points to the focus needed for the team going forward. While the team takes a classic one-game-at-a-time approach, continuing their good performance in the NESCAC regular season and postseason tournament could lead to success in the NCAA tournament.

Alberding praised the dedication of the team as they begin the second half of the season, the meatiest part of the NESCAC schedule.

“Post-season goals aren’t something we talk about frequently,” Alberding said. “We all know what we want at the end of the season. At the beginning of the year we outline our goals and the rest of the way we let our work in practice and our performance in games speak. All fourteen guys in the locker room know the commitment and sacrifice it takes to be a great team, and from what I’m seeing this year we have the potential to have a very special final stretch of the season. We come to practice every day to work hard and be the best, and we’re confident that if we follow our process and focus on one game at a time, good things will happen.”