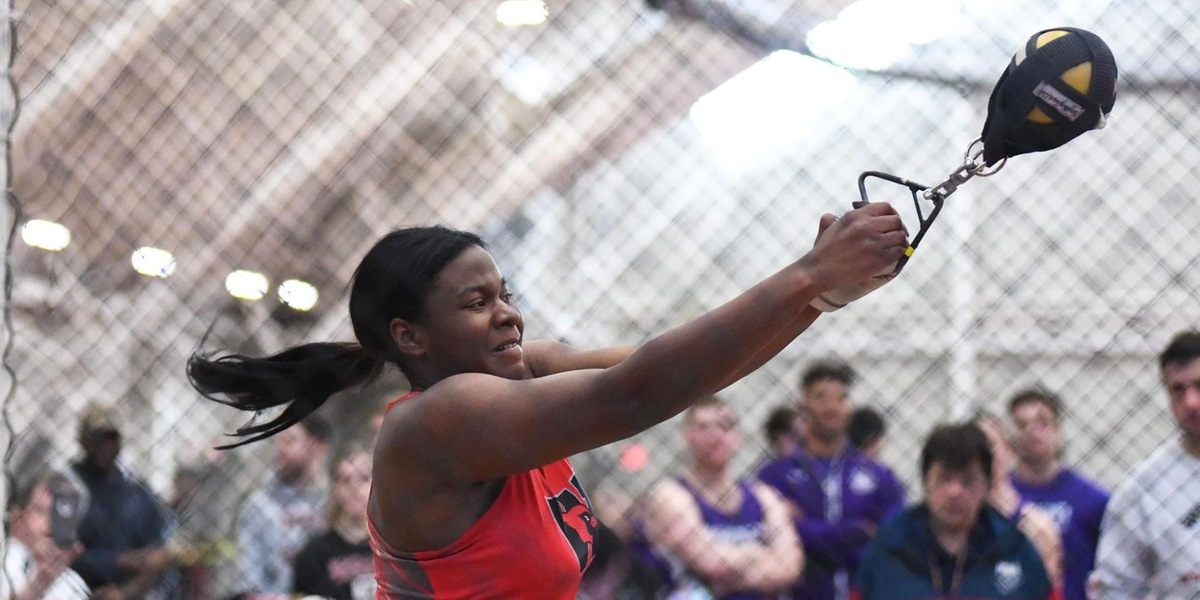 Track and Field may have opened their winter season in December, but it wasn’t until this month that the team’s pace shifted from a trot to a full sprint. The Cardinals have competed in three tournaments so far this January, hosting the Little Three Championship before traveling to Smith College on Jan. 18. The Cards then journeyed up north to the Massachusetts Institute of Technology on Jan. 25. While Wesleyan was outshone by its familiar rivals Amherst and Williams during the Little Three Championship, the team rebounded nicely en route to a solid finish at Smith and a breakout performance at MIT.

The men’s portion of the Little Three Championship on Jan. 11 made NESCAC track history, but unfortunately, Wesleyan was little more than a side note to the main event. With a combined score of 138, Amherst emerged victorious, edging the Ephs by just two points. In the process, the Mammoths also broke Williams’ 31-year run atop Little Three men’s track. Wesleyan finished a distant third, with 85 points. Amherst in particular dominated the 60-meter dash, taking first, second, and third in the event, while also having strong showings in the 200-meter, both relays, and the triple jump.

Although it was certainly a disappointing finish for the Cardinals, it wasn’t without silver linings. Junior Kyron Roberts won the 600-meter dash, edging out the second-place Eph finisher by just seven hundredths of a second, while Kevin DeLoughry ’21 finished second in the 400-meter. For field events, Noah Olsen ’22 lead the way for Wesleyan, taking home first prize in the long jump with a leap of 6.51 meters (for any basketball fans, that’s about three Joel Embiid’s laid head to toe). Taking third in the same event was sophomore Nick Carulli ’22, who also placed second in the 60-meter hurdles. The Cardinals took home an additional duo of third-place finishes, as Olsen and Connell Oberman ’22 earned the bronze in the high jump and weight throw, respectively.

The women’s side of the championship will be remembered as yet another Williams victory, as the Ephs won the three-sided rivalry for the 35th consecutive year. With a score of 165, they easily outpaced the Mammoths, with 116, and the Cardinals, with 75. For track, Wesleyan took home its only gold medal of the day on the back of Becky Velie ’22, who finished first in the 800-meter with a blazing 2:23.06. Velie finished nearly a full four seconds ahead of her closest competition, Jenny Mazella of Amherst. Augusta Burhans ’23 finished in third-place in the 60-meter, and was the only other top-three finish the Cardinals achieved in track, although Rachel Morrow ’22 did set a personal record with her fourth-place position in the 400-meter. The field was predictably dominated by Ivie Uzamere ’21, who took home first in the shot put before absolutely crushing her competition in the weight throw with a toss about four meters farther than the second-place finisher.

Olsen offered his thoughts on why Wesleyan historically has struggled in the Little Three Championships while finding success in meets with larger fields.

“Little Threes is always a tough meet for us,” Olsen said. “With how track meets are scored, having a much smaller team than Williams or Amherst makes it very hard for us to compete with them head to head, because we have to be spread really thin in order to cover all the events. We have a bunch of really strong athletes on our team who can score points in their areas, but we don’t have the same depth that the other two have. However, when we get into the bigger meets with more teams we can still get points in our areas, and with the scoring divided up a bit more we have a much better shot at placing high.”

Olsen’s prediction proved correct, as Wesleyan returned to action with a respectable finish at the Smith Invitational, featuring a wider array of teams from across the northeast. The men’s team hit pay dirt in distance running, as sophomore pair Will Ratner ’22 and Miles Aronow ’22 finished in first and second place in the 3000-meter run. In addition, DeLoughry followed up his 400-meter runner-up performance in the Little Three Championships with a first-place finish in the very same event. Sprinter Christian Denny ’22 also submitted a strong overall performance, with third- and fourth-place finishes in the 200 and 60 meter dashes. In the field, Elijah Henderson ’23 placed second in the pole vault with a recorded height of 3.55 meters.

For the women, Velie paced the runners with a first-place finish in the 800 meter, while senior Tara Peng won the only other gold for the Cardinals, again in the pole vault. The team, however, had perhaps its strongest overall performance in the 3000 meter run, where Miranda Graves ’23, Emily Hollander ’23, and Nora Markey ’22 all ranked in the top six (with Graves placing second). The women’s team’s only other top-three ranking of the day was in the weight throw, where Uzamere finished with a toss of 17.59 meters but narrowly finished behind the winner of the event, Chelsea Yang of Rhode Island College.

Denny explained that the team has reaped from tighter interpersonal cohesion.

“Usually the energy that our coaches bring as well as the energy we have going into each meet influences how we perform, since track is such a mental sport,” Denny said. “The team spends a lot of time together even off the track, separate from the meets and the practices, and we’ve all become pretty close, which also definitely influences the positive energy when each meet comes around.”

The promising showing at Smith was a harbinger of things to come, as the Track and Field program put together its best showing of the year at the Art Farnham Invitational at MIT. The men’s and women’s teams combined for seven first-place finishes; the men’s team boasted an additional four silver-medalists, while the women’s team dominated the scoresheet with thirteen top-five finishes.

The women simply crushed the 60-meter dash, sprinting away with six out of the top seven places, and winning places one through four. Burhans took top prize, beating out her teammate and fellow first-year Grace Devanny ’23 by 11 hundredths of a second. Devanny would return the favor, however, by taking first in the 200-meter, with Burhans placing second. Caelan Campbell ’22, who finished sixth in the 60-meter, joined Burhans and Devanny on the 200-meter leaderboard in third. Velie took first in the 600-meter by a full seven seconds, with teammate Addie Thomas ’22 coming in right behind her. Gabby Harris ’23 (third, 60-meter), Abi Pipkin ’22 (third, 800 meter), Sofia Pogliano ’23 (fourth, 60-meter), and Mallory Elliot ’23 (seventh, 60-meter) also turned in notable performances on the track. Uzamere returned to first in the weight throw while placing fourth in the shot put, while Peng put together a fifth-place performance in the pole vault.

The men were led by a spectacular performance from Denny, who was the first-place finisher in both the 60-meter and 400-meter events. Griffin Maristany ’22 narrowly finished behind Denny in the 400-meter, while also finishing second in the 200-meter. DeLoughry secured yet another top finish with a second-place effort in the 600-meter, and Carulli rounded out the day with a second-place finish in the 60-meter hurdles.

The team’s schedule is busy in the coming weeks. On the final day of January, they compete at the Open New England Championship in Boston, while also hosting an invitational here in Middletown on Feb. 1.

Velie, however, isn’t concerned about the effect a packed schedule could have on the team’s unity.

“I’d say our team’s objectives this season was to foster a similar team unity as last year since we lost so many talented individuals…. At first I was a little skeptical this year that we wouldn’t be as successful because we lost so many good leaders, but as the season progresses I think that we’ve been able to develop more of a sense of unity and may perhaps even become a closer team than last year,” Velie said.