Men’s Basketball Struggles on the Path to Florida Competition 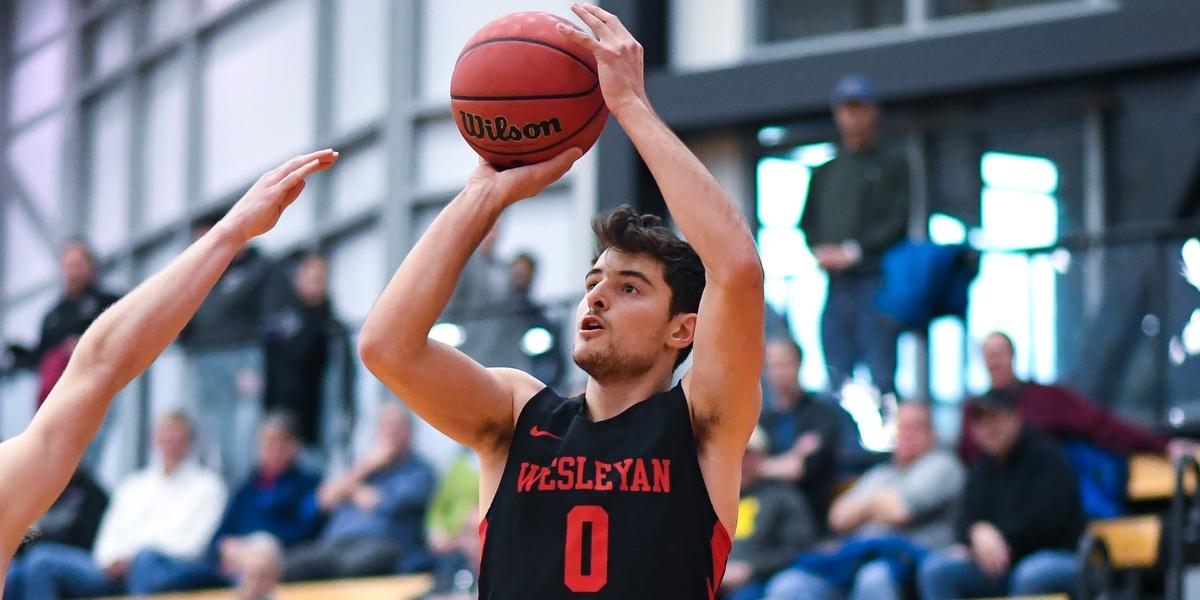 The men’s basketball team has hit the first bumps in their season, losing two straight games after starting the season 3–0. The team lost in a Little Three matchup against Williams in Williamstown, Mass., and against Eastern Connecticut State University in Willimantic, Conn. Unfortunately, neither game was particularly close. The Cardinals lost by 15 to Williams and 17 to Eastern Connecticut State. However, the team rebounded with a decisive 73–56 victory at Manhattanville College in Harrison, N.Y.

Coach Joe Reilly says that this is just a part of the ebb and flow of a long season and that the team will only be stronger later in the season.

“We are disappointed that we lost two games in November, but we are not discouraged,” Reilly said. “It is very helpful to play high-level teams early so you can get a true assessment of your strengths and weaknesses. We can’t skip steps with this team. Everyone is stepping into a drastically different role than last season.  This experience is really going to help us moving forward.”

Jordan James ’21, one of the breakout players for the team so far this season, is also taking the game as a learning experience.

“The team is in great spirits after Thanksgiving break,” James said. “We have used the losses as learning experiences and are now focused on the next game. With a 24-game season, it’s important to not dwell on any one game too much, and that’s a mindset coach Reilly instills in us.”

James, a 6’7” forward/center is enjoying his best season so far for the team. He currently leads the team in scoring at 13.7 points per game, as well as in rebounding at 8.7 rebounds per game. Despite the team loss at Eastern Connecticut State University, James enjoyed a statistically dominant game, tallying 28 points to go along with 13 rebounds. It was his second double-double of the season.

Despite the individual success, James is quick to acknowledge the team’s role in his improvement.

“I’d absolutely credit my success to my coaches and teammates over my first two years in the program who taught me what it means to work hard and how to separate myself from the competition,” he said. “Recent grads JR Bascom [’18 GR ’19] and Jordan Sears [’19] in particular mentored me in the weight room and on the court, and that guidance is paying dividends this year.”

Coach Reilly recognizes the success that James has had this season as well.

“Jordan has been awesome for us. He is anchoring our defense and doing a great job scoring and rebounding,” Reilly said. “He has a lot of responsibility this year and he is really stepping up to the challenge. He worked very, very hard in the offseason and it is really paying dividends.”

Going forward, Coach Reilly knows that this defensive edge will take this team into the postseason and through a tough conference schedule.

“Our primary focus remains on the defensive side of the ball,” he said. “It is what we have the most control over. It all starts with effort and grit–once we figure that out, we can really build on our schemes and habits that have made us very good the past few years.”

The team is going to look to build on the momentum of the early season as the winter break creeps up on all the students.

Senior Captain Jack Alberding ’20 pointed out some of the benefits of being on campus with the team for an extended period of time.

“We love being on campus during winter break,” Alberding said. “It’s a great bonding experience to be here with each other for a month without classes. We spend a lot of time in the gym with our coaches and with each other off the court. Many guys use the winter break as an opportunity to get ahead with their summer internship search and pursue hobbies they can’t fit into a normal day with classes at Wesleyan.”

The team has one more game up north, before playing the Hoopsmia Shootout in Miami, Fla.

“Our trip to Miami will be a great bonding experience for the players,” Reilly said. ”We play a team—Gwynedd Mercy University—who advanced in the NCAA tournament last year and another very good team. We like to play great non-conference teams to get ready for the NESCAC.  We won’t practice during exams. It will be all academics that week and then we will re-group and get ready for our travel. A week off for the holidays will be a well-deserved mental and physical break for the team after we play in south Florida.”

Alberding is excited for the team to continue to progress as a unit and come together.

“It’s a long season, and getting better as a team and becoming closer with each other on the court is a constant focus,” he said. “The best teams I’ve been on at Wesleyan have continued to improve and find more ways to play better together—adjust to each other’s tendencies, lean into people’s strengths, and come together as a cohesive unit.”