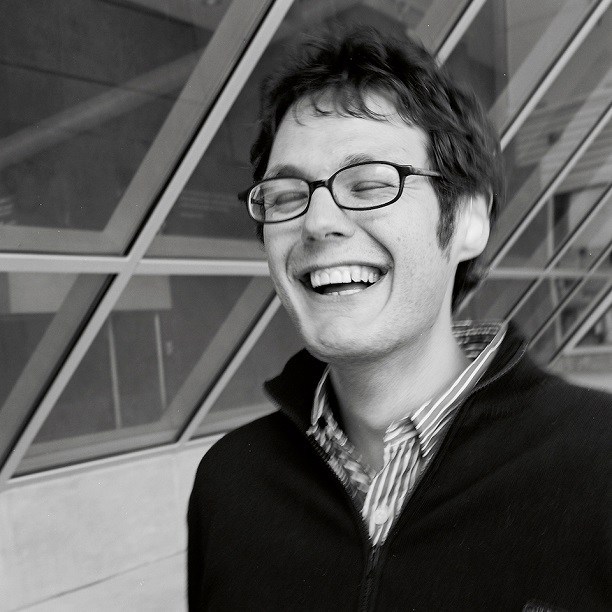 On Monday, Nov. 18, Russian poet Ilya Kaminsky conducted a poetry reading at Russell House. Kaminsky was born in the formerly Soviet-occupied city of Odessa, where he spent most of his childhood. In 1993, Kaminsky’s family moved to the U.S. after receiving political asylum. It was only after his move to Rochester, N.Y., that Kaminsky began to write. His first book, “Dancing in Odessa,” received widespread literary acclaim and numerous awards, including ForeWord’s Magazine’s Best Poetry Book of the Year award. Reading from a series of short poems from his newest collection, “Deaf Republic,” Kaminsky mediated the dichotomies of history and memory, violence and asylum, and isolation and belonging.

The characters, their names inflected with the unstable trembling of Kaminsky’s voice, appear as phantom threads, remnants of histories that feel ages old sewn into sentences. A recurring character in the poems, a young boy named Petya, grounds the audience—in the face of violence, he giggles. In the faces of sergeants, he spits. This boy sympathizes with the audience’s inability to grasp complacency with a political system so cruel.

While his poetry is largely political, Kaminsky does not associate poetry with a politics per se. Rather, he expressed the view that poetry is also the joy of simplicity and emotion.

Sonya, another character who poses as the gentle and loving woman, emits a humble glow of unconditional devotion and humility. She sits in a bath: her face covered by freckles, and a mole on her shoulder. Kaminsky utters these names, Petya and Sonya, in varying intensities, breathing them and then shouting them out loud.

Petya is shot in the street. Comfort pitted against grief. Setting is everything—the street is empty and vast, all but 14 people kneeling over the young boy’s body. Sonya kisses Petya on the forehead and a bright light emanates from her chest as she screams, uniting an entire nation in sorrow and nakedness. Snow falls over Vasenka Street. Comfort is still there, but it is forced, reactionary, and even necessary. The intensity of grief so debilitating that it arouses comfort. Can you shame people for living happily in times of war?

“My experience with poetry is that when I have a question to which I don’t know the answer, I go to my books,” Kaminsky said during the following Q&A session.

As someone who is hard of hearing, Kaminsky navigates his relationship with his understanding of silence. For Kaminsky, silence is duplicitous because it is both voluntary and involuntary, fractured and complete. He discussed selective deafness to violence and selective deafness to authority. There are times when deafness is necessary, Kaminsky pointed out, and times when it is a conscious choice.

In the name of Petya, the country refuses to hear the soldiers. Yet, silence is constraining to those who cannot hear. Kaminsky searches for ways to break the never-ending silence, through Sonya and through the bath. Sonya understands the necessity to speak against silence and that silence provokes speech.

In Kaminsky’s poetry, home takes on many meanings. Home is a bed—and around that bed is America. An invisible house and a house of money in disastrous reign. Home is country, but failure to show allegiance to crime complicates an allegiance to home. The country slips away to authority and there is no home anymore—home is replaced by family, a Little Daughter and soapy water. Home is replaced by conformity and soldiers, by traces of bodies that used to be people. All that is left are dogs who run towards the bodies of the dead, markers of the last reliable relationships.

Throughout the talk, Kaminsky also spoke about the constantly changing nature of the Russian language, especially in Odessa at the time that he lived there. He recalled going to the market, and that, while he was unable to hear, he would watch people’s mouths and see that they would constantly make up new words. This made it very hard for Kaminsky to understand, let alone write in, Odessan vernacular.

In the post-reading Q&A session, Kaminksy responded to questions about his writing process, first experiences with poetry, and his personal history more broadly. When a student asked about his first poetic experience, Kaminsky claimed that his experience with poetry was probably slightly different from an American one, as everyone in the classroom environments that he was raised in had to commit poetry to memory and recite it.

“I grew up on Pushkin, on Ahmatov,” he said.

Home, for Kaminsky, is tied to writing and to language. When asked if he ever writes in Russian, he replied that for him, writing in a language different from that of his immediate surroundings would seem inauthentic.

“I couldn’t possibly imagine writing in Russian while being here, because writing is tied to place,” Kaminsky said. “It would become too academic, like writing in a library.”