Swim and Dive Kicks Off Season with Quad Meet, Sinking to Last Place

Wesleyan swim and dive splashed back into action this weekend with their first meet of the 2019–2020 winter season. Both teams competed in a quad meet among conference and non-conference foes alike, facing off against Tufts, Williams, and Worcester Polytechnic Institute (WPI). Tufts took top honors in the men’s and women’s competitions, while Williams took second at the men’s meet and tied WPI for second at the women’s. Wesleyan sunk to last in both competitions but saw some strong individual performances, echoing performance patterns from last season’s campaign. 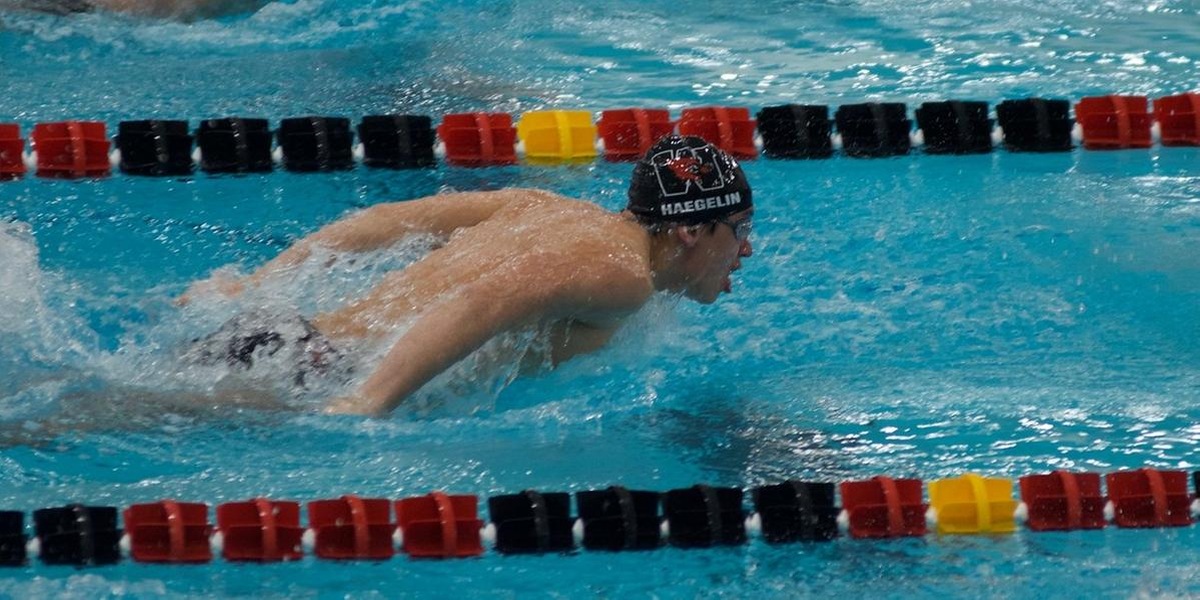 The men’s team is coming off a 2018–19 season filled with losses. While they had close matchups against Hamilton and Colby in late January, the team fell to other opponents, in the NESCAC and beyond, by over 100 points. The Cardinals ended their season with a final defeat in the ’CAC Championship, taking 11th place of the conference’s 11 teams.

Although the men’s team took some hard hits last season, they found individual success, shattering personal records and claiming top ten finishes. Joel Groves ’21 dominated on the diving board; fellow juniors Charlie Vogel and Nicholas Moran made waves in the water. Current sophomores Jeffrey Haegelin and Jared Christopher also found success in what was their first college season, while seniors Alan Huh and Andrew Schwartz often took honors in their parts of the pool.

The team waved goodbye to three seniors in the spring along with the class of 2019: Eren Kiris, Phon Leeswadtrakul, and Max Wimer. This season, they welcome an enormous group of first years; the 13 newcomers make up more than half of the current team.

Comparatively, the women’s team is coming off of a much more successful campaign. Last season, the Red and Black edged out Colby by under 20 points and dominated Hamilton and Trinity. The Cardinals fell to some of their NESCAC opponents, yet bounced back in non-conference competition, performing well at the CT Cup and in a tri-meet with Roger Williams University and Springfield College.

The most exciting part of the women’s season was much later in their campaign, in late February and March. With sixth-place honors, the Cardinals recorded the best finish at the NESCAC Championship in program history. At the end of the four-day competition, head coach Peter Solomon was also named the 2019 Women’s Swimming & Diving Co-Coach of the Year.

While the men’s season ended with the NESCAC Championship, the women’s team sent members to compete in the competitive NCAA Championship in Greensboro, N.C. Six members of the team competed: Sofia Antonio ’19, Mengmeng Gibbs ’22, Hannah O’Halloran ’20, Grace Middleton ’20, Caroline Murphy ’20, and Maela Whitcomb ’19. After four days of competition, the team took 25th of 50 teams. The 200-medley relay team of Murphy, Gibbs, Whitcomb, and O’Halloran received an All-American Honorable Mention for their effort, and Murphy, who has consistently taken top honors in her Wesleyan campaign, received All-American honors for the 100-yard backstroke.

Returning to the water this past weekend, the men’s team saw impressive effort from its first years. Haegelin was the only returning member of the team to place in the top 10, taking eighth in the 200-yard butterfly. In the same race, first year Eric Tran took first with a 1:57.52 finish. Tran joined fellow first years Jeremy Kim, Richard Ettinger, and Mason Polaner for the 200-yard freestyle relay, where the team finished in seventh. Ettinger continued to perform well with a ninth-place finish in the 50-yard backstroke, while Kim dominated in multiple events, placing fourth in the 200-yard breast, eighth in the 100-yard backstroke, and tenth in the 50-yard backstroke. 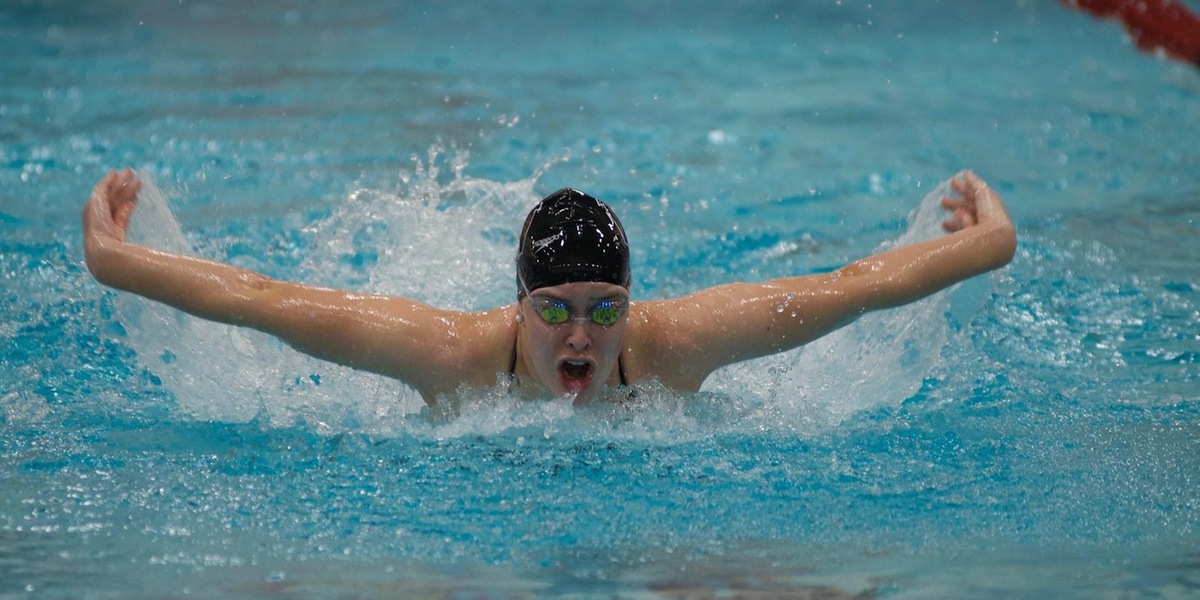 In the women’s competition, star members of last year’s team, along with a few first-years, had notable performances. Gibbs placed in the top four in three races: two individual (50-yard breaststroke and 100-yard breastroke) and one relay (200-yard freestyle). First years Heddy Parker, O’Halloran, and Middleton joined Gibbs for the relay, placing third.

“Relays have the added excitement and pressure of swimming with three other members of the team,” O’Halloran wrote in a message to The Argus. “We can all feed off each others energy to get through tough meets and do our best in each race together.”

Both teams head to Maine this weekend to face off against Bates. After their first competition, they look to improve their records and build off any success—especially the efforts from the new members of the team.

“The highlight of this weekend was definitely seeing the whole team competing together for the first time,” O’Halloran wrote. “There are a lot of new freshmen, and it was exciting to see how much they contribute to the team dynamics both in and out of the pool.”