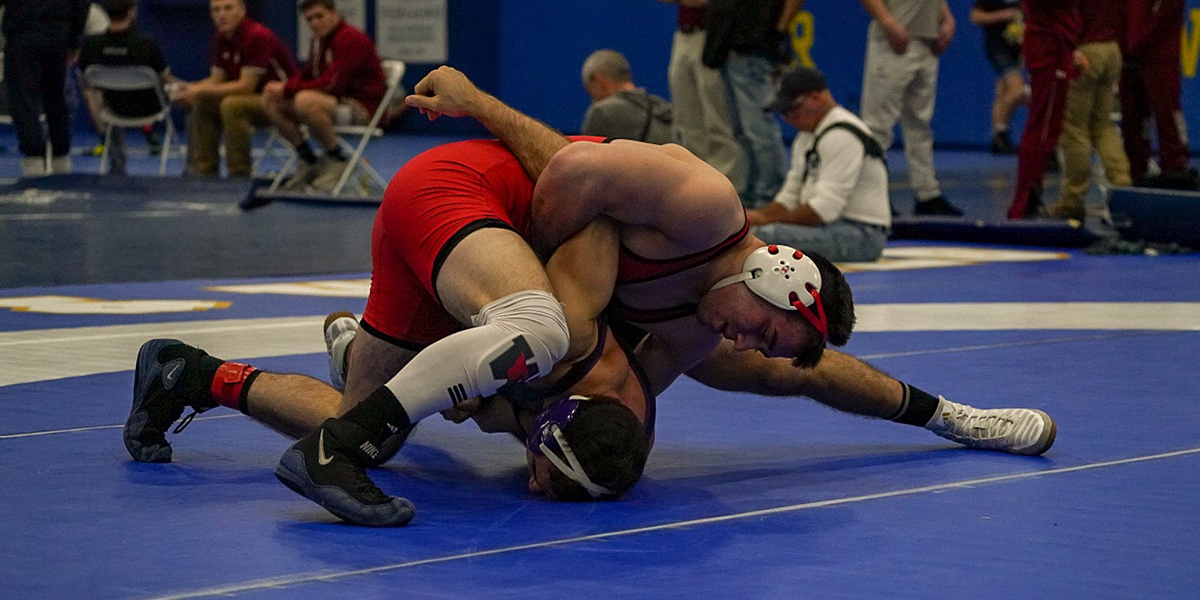 Wrestling returned to the mat for their winter season this weekend with matchups at the Roger Williams Tournament. The Cardinals took 11th place out of 17 teams, compared to a fourth-place finish at the Tournament last year in a field of 12 teams.

Sophomore Marco Gaita’s performance highlighted the day as he went 6-1. He took third of 28 wrestlers in the 174-pound class, most impressively defeating the No. 1 seed in a 3-2 decision.

“The biggest highlight of the day was sophomore Marco Gaita defeating a returning All-American from TCNJ in the consolation semi-finals,” Roy Forys ’20, Gaita’s teammate, wrote in a message to The Argus. “Marco is an extremely talented wrestler who has had to battle through some injuries in the past. We’ve known how good he was since day one last year, and seeing him put it on display this weekend with that win was an awesome thing to watch.”

Although the Red and Black notched some notable performances this weekend, they barely had time to officially get onto the mat before the season opener. Because the NESCAC does not allow teams to officially practice in the offseason—under their coaches’ direction—the team walked into the Tournament with only 12 official practices, the first of which started on Nov. 1.

“Our coach [Drew Black] compared it to having two weeks of class and being expected to take the final exam then and there when there is still so much more to cover,” Forys wrote.

Because the team had such few official practices before the season, they made up the work in the preseason, recording rigorous workouts to prepare for their 2019-20 campaign.

“It was up to the captains and the upperclass leaders of the team to conduct pre-season workouts throughout September and October,” Forys wrote. “We like to keep a good variety in our workouts to keep things fresh and always changing. We lifted three days a week, wrestled two days a week, and would attend our coach Drew Black’s speed and agility workouts on Tuesdays. The guys had the option to get extra workouts in whenever they had some free time, this would usually involve more wrestling or doing some extra cardio or lifting in the weight room. The team has been super dedicated to making the most of our extended pre-season which helps make up for the fact that other schools outside of the NESCAC were able to start official practices on October 10th.”

Wesleyan wrestling competes outside of the NESCAC in most of their competitions. This weekend, they were in a field of all non-NESCAC foes, from Castleton University, to Rhode Island College, to New York University. Last year, they faced off against Trinity once and Williams twice, taking a victory against the Bantams and going 1-1 with the Ephs. While they aren’t scheduled to travel to Trinity this season, they’ll face off against Williams in February.

The team moves forward with five new first-years after graduating five seniors last year, including Jones, Zack Murillo, Shane Ross, James Matias, and Karl Seitz. Although he was a senior last year, Jones remains on the team as a graduate student.

All of these seniors provided valuable contributions to the team’s successful 2018-19 campaign, but Murillo will be remembered most for his postseason bid to the NCAA Championships. Murillo finished the regular season with a 28–10 record with All-New England Wrestling Association (NEWA) Second Team and National Wrestling Coaches Association (NWCA) Division III Scholar Athlete honors. After a second-place finish at the NCAA Northeast Regional Championships, Murillo secured his bid and traveled to Roanoke, Va. where he finished 1-2 and 48th of 55 wrestlers.

Even though Murillo and his fellow seniors have departed from the team, the Cardinals retain many of their top wrestlers: seniors Forys, Stetson, and Amir Daouk, junior Harrison Karp, and sophomores Gaita, Goldman, Simon Chee, and Tucker Kirchberger. With five new first-years joining the roster, the squad will hopefully pick up more wins as they get more experience and official practices under their belt.

“For the short amount of time we’ve practiced I think the team did very well and will continue to move in the right direction,” Forys said. “This is a team of smart, driven men who all want to be successful, and I think we are all really looking forward to putting in the work to get one percent better each and every day.”