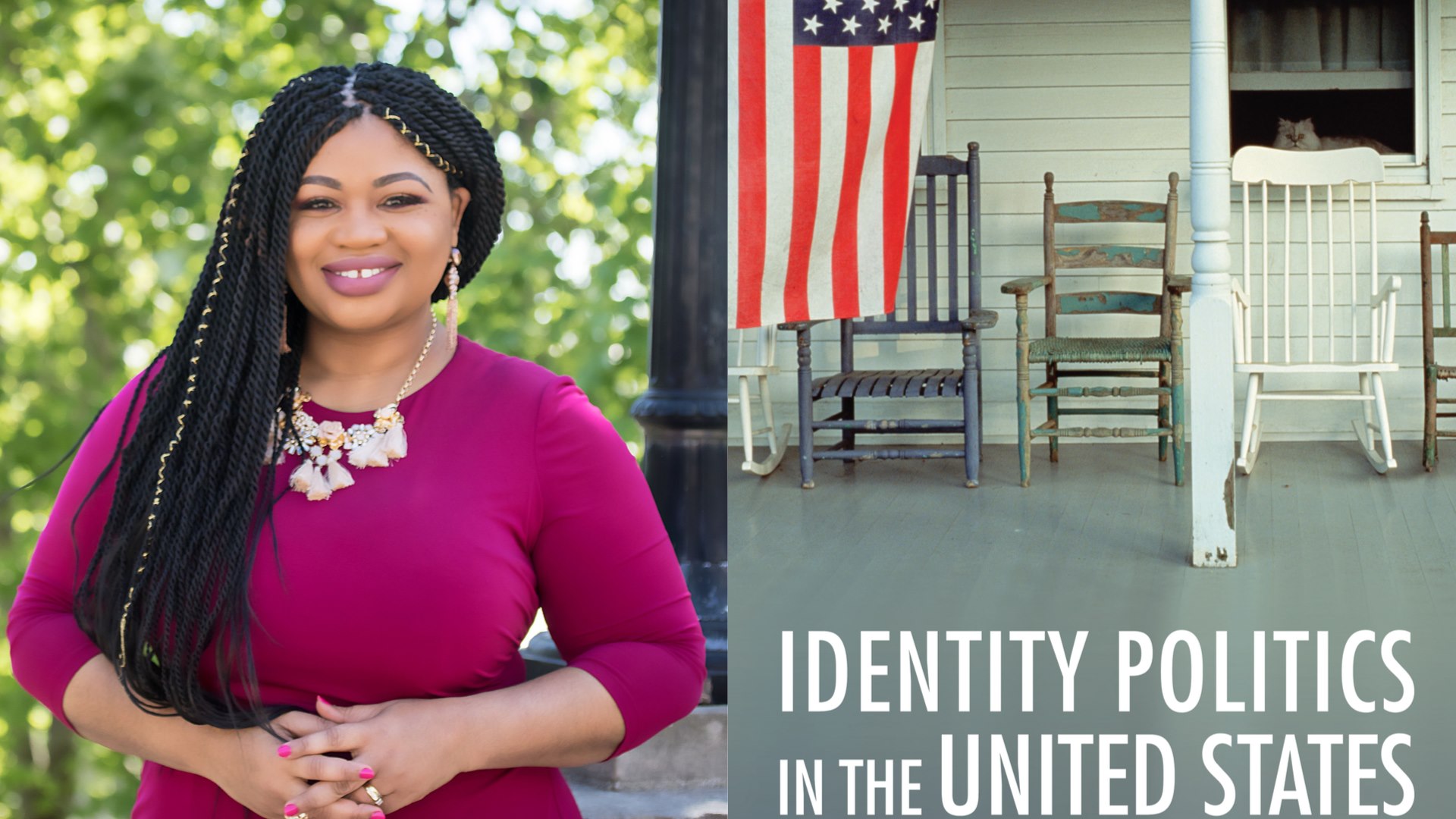 Dr. Khalilah L. Brown-Dean, an Associate Professor of Political Science at Quinnipiac University, gave a lecture on her book “Identity Politics in the United States” on Thursday, Nov. 14 at the Wesleyan R.J. Julia Bookstore. Her talk focused on how recent controversies regarding politics and race are rooted in the institutionalized prejudice that runs throughout the history of the United States and still remains today.

Brown-Dean began the lecture by outlining her book’s mission, explaining that in order to strive for a more equal and just country, Americans must be constantly aware of our nation’s past when discussing politics, race, gender, and class. To move forward, she argued, we must constantly be pushing ourselves to be uncomfortable.

“My vision is that this book will spark discussion and debate while prompting us to each consider the requirements and limits of democracy,” Brown-Dean said. “I don’t expect readers to always agree with me or with one another, but I do hope is that the discussions stimulated by this book will be guided by a commitment to intellectual curiosity that helps each of us better navigate the fault lines embedded in our political climate. I want us to be willing to be uncomfortable.”

She also explained that when writing her book, she focused on America’s past so that no one would forget the names of oppressed people, who despite their circumstances, never stopped pushing for a more equal America.

“I wrote this book so that we would always remember that the past is prologue in the United States, I wrote this book so that when we think of Veterans Day we talk about people like Jimmie Lee Jackson and Leonard Matlovich, both American heroes who fought in the Vietnam war, who fought to establish democracy abroad, and yet were denied the most basic rights of citizenship when they came home to the U.S.,” Brown-Dean said.

She expanded on this idea by discussing how crucial it is to also take history into account—and especially the role of African-Americans in the fight for freedom—when defining citizenship, patriotism, and what it means to be an American.

Nevertheless, she argued that just understanding America’s violent history isn’t enough: we must constantly question what past racial violence means in the context of contemporary discussions.

“What does it mean that these two men risked their lives for things that all of us take for granted but at their death they were treated not as citizens, but as strangers?” she asked.

Drawing upon her own experience as a Black woman growing up in Virginia, she explained that institutional racism still permeates the United States and systematically disenfranchises marginalized communities.

“In the 1980s, I was in elementary school,” Brown-Dean recounted. “Keep in mind that parts of Virginia shut down their entire public-school district, so that they would not have to comply with the mandates of Brown v. Board and these constitutional protections. So, where I grew up, there’s a town close by called Farmville. Farmville shut down its public-school system and white families said ‘Look, we cannot afford private school,’ and that is what pushed them to reopen the public schools.”

Despite the segregation of society that still occurs today, Brown-Dean identified one specific theme that manages to unite people, bridge their differences, and tear down barriers: sports.

“The sports field is one of the rare places where people focus on this common affinity that has nothing to do with their race, their immigration status, and increasingly, has nothing to do with their gender,” Brown-Dean said. “Living in New Haven, one of the most beautiful things to do on a Sunday afternoon is to drive by the fields on the boulevard because you will see people playing soccer from Costa Rica, the Dominican Republic, from Ghana, and they are all there doing something together.”

When moving forward, Brown-Dean notes that the fight for equality cannot rest solely on the individual. To spark the change necessary to propel us into a better society, people must be willing to confront the discomfort inherent to these conversations.

“It does not mean that the expectation is that you in your individual life will undo something that was cultivated over 300 years,” Brown-Dean concluded. “We shouldn’t expect that of you as an individual, just as we should not have expected that of Barack Obama as a president and yet here we are. So, I think be willing to be uncomfortable, as I say in the book, being willing to have those conversations…. Change in this country didn’t happen because of some sweeping grand gesture that overnight happened. It’s always incremental.”

Malachi Ashley can be reached at mashley@wesleyan.edu.