Healthy Planeat: A Social Venture Towards a Sustainable Future 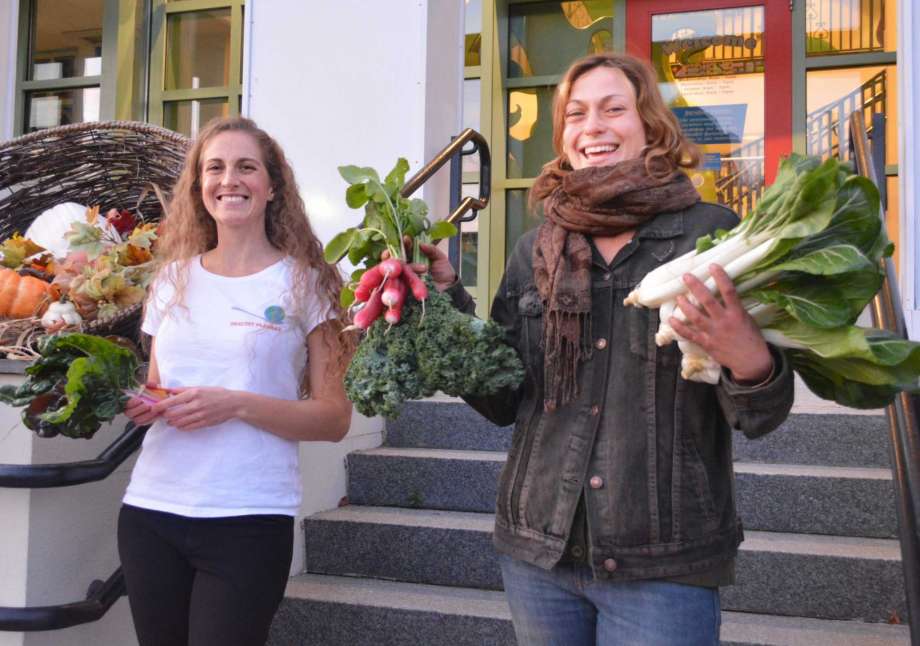 Rosemary Ostfeld ’10 came back to campus last spring as a Visiting Assistant Professor in the College of the Environment. In addition to her work at the University, Ostfeld just launched a social venture she’s been working on over the past few years: Healthy Planeat.

According to its website, Healthy Planeat’s mission is to provide healthy, affordable, and—most importantly—sustainable diets by connecting people with local farms. The venture is in line with Ostfeld’s academic interests. After completing the BA/MA program in Biology and Environmental Science, Ostfeld went on to receive a MPhil in Environmental Policy and a Ph.D. in Land Economy from the University of Cambridge. This semester, she’s teaching “Sustainable Agriculture and Food Systems” and “Startup Incubator: The Art and Science of Launching Your Idea.” She is also the University’s Entrepreneur in Residence and the Jewett Center for Community Partnerships’ Mentor in Residence, in addition to her work on Healthy Planeat.

The pilot program launched at the beginning of November, which, Ostfeld emphasized, was a perfect time to start.

“In September, October, a lot of the farmer’s markets tend to trail off, and I think that’s when a lot of consumers are like, ‘Oh…farmers’ markets seasons are over,” Ostfeld said. “But there are still a lot of farmers that are actually continuing to produce through the winter…. Now is their busiest time.”

Ostfeld explained that this misconception often leads consumers to turn to grocery stores for their produce, when they could in fact be turning to farms. That’s where Healthy Planeat comes in. Connecticut residents can directly order food from farms, such as Starlight Gardens in Durham and High Hill Orchard in Meriden, through the website. They can then pick it up either at the farm, a farmers’ market, or a pop-up pick-up location like the Kidcity Museum on Washington Street.

One of the inspirations for this idea was Ostfeld’s enthusiasm for sustainable agriculture.

“The summer after my freshman year, I worked on an organic farm in my hometown in East Lyme, Connecticut, called White Gate Farm,” Ostfeld said. “And that sparked my interest in organic agriculture.”

Ostfeld also hoped to find a solution for the many problems she saw in the food system, as well as reducing the environmental impacts of food production.

“I think that one of the most effective ways to overcome some of the challenges we have in our food system is through creating a really traceable supply chain so people know exactly where their food is coming from and how it’s being produced,” Ostfeld said. “So I decided that I wanted to create this platform that would help people get food from their local food system and support local economies and the farmers that are right here. You can really cut down the environmental impact of your food choices by purchasing food that’s grown locally and is currently in season.”

Ostfeld also hopes to re-energize the connection between farm and local buyers.

“I think we’ve become really disconnected with our food, and you know, we’ll go to the grocery and just pick things up and that’s it and we go home,” Ostfeld explained. “In Connecticut, there are over 5,000 farms, and I think when most people hear that statistic they’re like ‘What?’ and ‘Where are they?’ and ‘How does that work?’ And the truth is, there’s farms all around us. So that’s what I’m really excited about building, is that community aspect of getting people to go out to their farm or get food from their local farmer.”

Although Healthy Planeat is just getting started, Ostfeld is already thinking about expanding her venture further. Ostfeld hopes to have a crowdfunding campaign in order to build an app. The addition of such an app will streamline ordering, as well as allow the venture to extend beyond Middletown.

“If the crowdfunding campaign is successful, and I can build the app, then I’d love to start expanding throughout the Northeast like New York, Connecticut, Rhode Island, Massachusetts,” Ostfeld explained. “Those would probably be the four states that I’m most interested in reaching out to. And so once I have the technology that’s like scalable, that’ll be easy to do that.”

Ostfeld is looking forward to continue developing Healthy Planeat and hopes it will get people to realize how their food choices can help build a sustainable future.

“Every day, people have the choice—three times, at every meal—to do something that’s good for their health and their environment,” Ostfeld said. “You can really have a positive impact through the food choices you make.”