Andrea Fraser Dives Into the Money Behind Museums 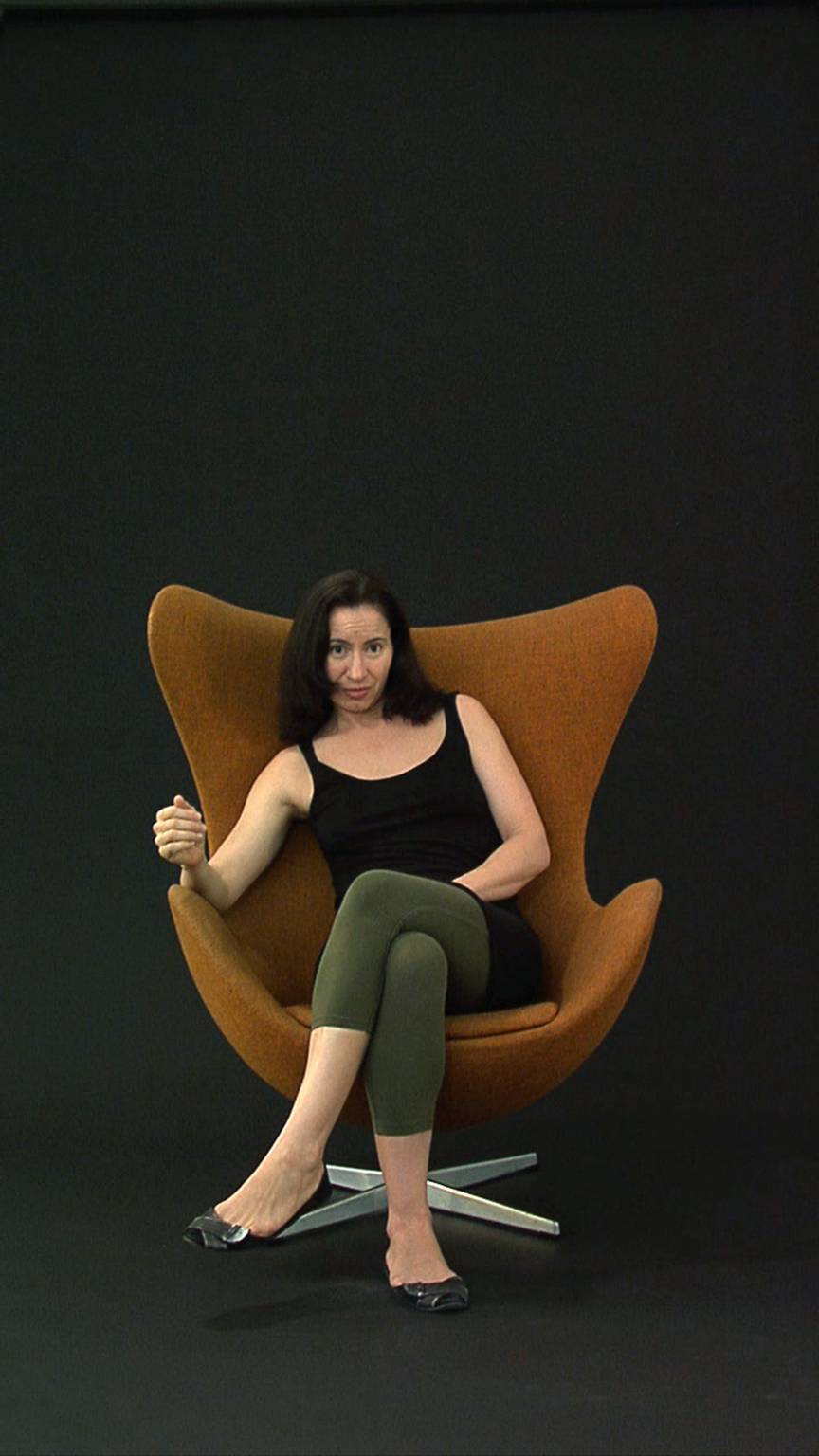 This past Monday, storied performance artist Andrea Fraser gave a talk in the Ring Family Performing Arts Hall that included a discussion of her on-going practice exploring cultural patronage and plutocracy.

After an introduction by John Hulsey, who is an Andrew W. Mellon Postgraduate Research Fellow in Interdisciplinary Arts Practices, Fraser began the talk by discussing her early piece “Woman 1/Madonna and Child,” a piece that assumed the form of an exhibition catalogue. In the book, Fraser layered images of Renaissance painter Raphael’s “Madonna and Child” imagery with modern artist Willem de Kooning’s notoriously misogynistic portrayals of women. This visual was presented alongside a text that Fraser had constructed out of language compiled from monographs from each of the artist’s pieces. Fraser situated this piece within larger postmodernist trends of appropriation of imagery and text that had become prominent during the 1980s in America.

She also noted that this piece and similar forms of institutional critique were not only mounting criticisms against museums and contemporary art institutions but also the larger art market, including representations of artists. Fraser mentioned that she was influenced by feminist artists and thinkers such as Judy Chicago and Adrienne Rich.

Fraser then moved into discussing the works for which she is best known: her performance pieces, many of which also engage in practices of institutional critique. She showed her single-channel video “Museum Highlights: A Gallery Talk,” documenting her iconic 1989 performance in which she took on the role of a satirical museum docent, using the alias of Jane Castleton to criticize the institution’s elitist role as a “palace on a hill,” even in such close proximity to the city’s poorhouses. In “A Gallery Talk,” Fraser gives an exaggeratedly pretentious description of the building’s bathrooms, cafeteria and more, criticizing the self-congratulatory, elitist tone often adopted by museums and other private cultural institutions.

Perhaps the highlight of the talk was Fraser’s showing and discussion of her 2001 video, “Little Frank and His Carp,” which she smuggled cameras into the Bilbao Guggenheim museum to film. The film features real audio from the museum’s audio-guides, which uses language depicting the museum as a contemporary, utopian space, entirely removing it conceptually from its financially devastated surroundings. Fraser emphasized that one of the major aspects of the museum’s self-presentation that she was driven to critique was its emphasis on the modern, machine-made fabrication of the building—which Fraser pointed out failed to generate any income for community members suffering from the economic consequences of the city’s deindustrialization. However, rather than presenting this information in an intellectual format, Fraser humorously and physically satirized the museum’s audio by reacting to it with exaggerated facial expressions, throwing her body against the museum’s walls in an increasingly sexual manner.

Fraser also discussed Joe Day’s book “Corrections and Collections,” which noted the twin boom of the number of prisons built in America and the number of private museums. This research informed Fraser’s 2016 piece “Open Plan,” which she created after an invitation to participate in an exhibition created on the Whitney’s recently-constructed fifth floor, which was much touted for its open floor plan and lack of columns. Fraser noted that this development was one in many historical presentations of the museum as a “free” and progressive site. For the piece, Fraser created an audio installation using material recorded at the correctional facility down the river, in order to query the role of museums within the context of the American prison-industrial complex and mass incarceration.

Fraser also discussed her interpersonal performances, which she has been giving in various forms since the early 1990s.

“These were multi-voice performances, that I conceptualized as performing not so much a concept in time but performing social space,” Fraser explained. “And that was under the influence of the work of Pierre Bourdieu and his thinking about social space as a structured network of relations between positions.”

Fraser then gave an in-person rendition of one of these pieces, “May I Help You,” in which she took on various personas with which she approached gallery visitors when she enacted the piece. In this performance, she first displayed the type of pretension that might have appeared in one of her earlier tour-guide pieces, but then proceeded to perform various expressions, moving down a class hierarchy in the tone of small-talk with that she approached strangers in the gallery.

Finally, Fraser focused on her recent book, “2016 in Museums, Money, and Politics,” which explores topics such as the pay-to-play museum board system, the role of museum board members in massively supporting various politicians’ campaigns, and research performed into a variety of related topics on the relationship between museums and public policy in America. Throughout, Fraser noted the paradox of her own positionality as an artist who is engaged in work that critiques institutions, but still depends on the economic support that institutions provide her with.