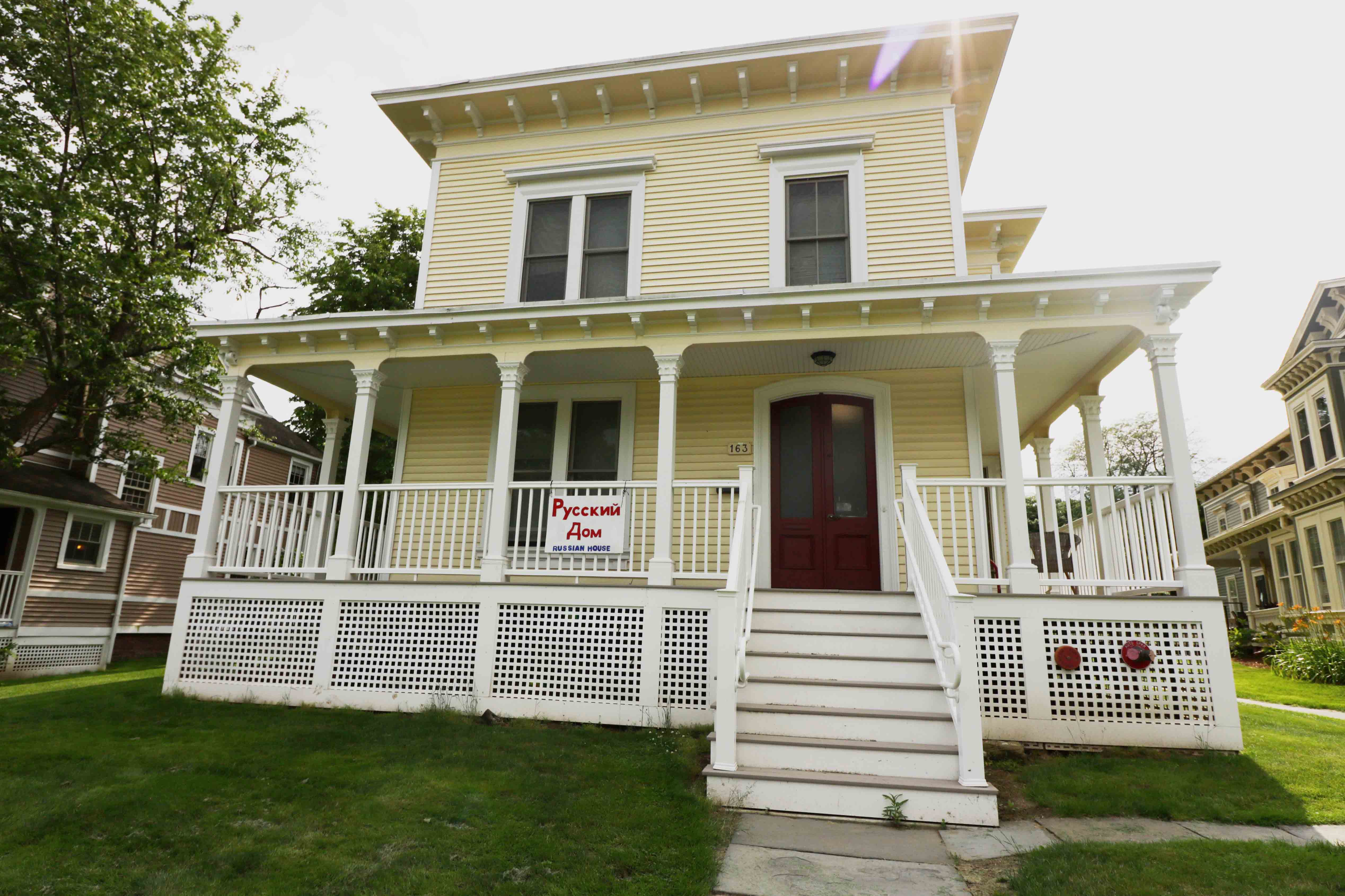 Last semester, the Office of Residential Life (ResLife) introduced a controversial new policy that required program house residents who were staying on campus and working for Reunion and Commencement to relocate on Saturday, May 18, the day after the final exam period. This decision was met with resistance from House Managers (HMs) and residents, and eventually the policy was changed to allow program house residents to stay if their HM was staying. In the wake of that discord, ResLife has formed a Spring Closing Committee (SCC)—made up of all interested HMs who wish to shape the policy—to craft a new policy for this academic year.

ResLife has not yet settled on a Reunion and Commencement housing policy for program house residents for the 2019-2020 academic year. The SCC met for the first time on Thursday, Oct. 10 to discuss possible policies, and they hope to have the new policy approved by the Undergraduate Residential Life Committee—which is made up of seven students from both the Wesleyan Student Assembly and ResLife student-staff, as well as Associate Dean of Students and Director of Reslife Frances Koerting, Area Coordinator William Ollayos, and Associate Director of Facilities Management Jeff Sweet. They also plan to share the proposal with other HMs who are not a part of the SCC to get their feedback.

Every year, students who stay for Reunion and Commencement and live in Bennet, Clark, Hewitt, and 200 Church Street—residences that house alumni during this period—are required to move into other housing so that Physical Plant can prepare the rooms. But in past years, program houses have been allowed to remain open so long as HMs were also working during senior week and had opted to extend their contract for that week.

“Based on feedback from House Managers the past few years about feeling pressured by their residents to change their departure plans and extend their contracts, and not all of them being able to stay for the duration of R&C [Reunion and Commencement] week, the decision was made to return to the policy that program houses would close when the residence halls closed,” Fran Koerting, the Director of ResLife, wrote in an email to The Argus.

But one HM, who asked to remain anonymous due to employment-related concerns, told The Argus that they believed ResLife was not concerned about the HMs being pressured by their residents to stay, but instead were primarily concerned about student behavior in the houses during Reunion and Commencement.

“ResLife’s official reason for the policy change was that they didn’t want to put a burden on the HMs to stay but here were the HMs saying they would stay,” they wrote in a Facebook message to The Argus. “Their unofficial reason was that they didn’t want students drinking and partying in program houses because [it would cause] more work for them.”

ResLife also requested via email that the HMs—with help from their residents—conduct a “deep clean” of their houses, asking them to pack up all program-related items and move them to a storage facility. Although larger furniture items could remain in the houses, some HMs were confused about the parameters of which objects had to be moved. For example, emails from ResLife said silverware, kitchen appliances, and stored art had to be moved, but books, lamps, and hanging art could stay. They would have to move these items into the storage facility between Monday, May 13 and Friday, May 17, a time span that fell during reading period and finals.

This policy change was met with backlash from HMs and residents, many of whom viewed the request as placing a significant burden on students who would have to move—some to dorms on the other side of campus—shortly after their final exams had finished. Some believe that this new request put a disproportionate burden on low-income students, who might not have the same access to assistance with the move.

On Sunday, May 12—less than a week before students were supposed to move out of their program houses—Lena Mitchell ’20, a former resident of Malcolm X House, posted in the WesAdmits 2021 Facebook group, criticizing the change in housing policy and asking students to fill out a Google Form expressing their opinion on the policy so it could be shared with ResLife.

“I’ve been in contact with ResLife for months now about their absurd policy to force student workers living Program Houses to move into temporary housing (without any aid, facilitation, or vehicles) for the duration of Reunion & Commencement,” the post reads. “Guess what! ResLife does not care.”

Though Mitchell said that she had been communicating with ResLife about the policy for months, ResLife staff claimed that students did not raise their concerns until shortly before the end of the semester.

“It was very late in the year, it was days before we were supposed to close that all this came to a discussion, and so we were looking at what we could do to address the concerns in a very short period of time, particularly because this was something the students knew about way in advance,” Koerting said.

On Tuesday, May 14, Mitchell organized a meeting with ResLife staff, moderated by Director of the University’s Resource Center Demetrius Colvin to discuss her concerns about the policy. HMs later joined the meeting to share their perspectives.

“It was one of those things where both sides have not only their perspective, but their own righteousness,” Colvin explained. “Even though ResLife had been communicating the change since the beginning of the spring semester, people already have previous narratives and expectations from when they signed up to be in the house.”

Colvin also explained that some of the conflict stemmed from the fact that HMs and residents and ResLife staff had different expectations going into the meeting.

This meeting lasted several hours, but by the end, no agreement about changing the policy had been reached. The next day, some HMs met with ResLife staff to try and come to a solution. After this meeting, ResLife changed the policy and allowed residents to remain in their house if their House Manager was staying for the week. If their House Manager was not staying, residents would still have to relocate.

Though they acknowledged the various misunderstandings that occurred, the anonymous HM explained that they were pleased with ResLife’s response to their issues with the policy.

“Despite all this they were quite receptive and agreed to change the policy the next day,” they wrote.

ResLife echoed the HM’s satisfaction with their meeting.

“[T]he HMs definitely heard us, it was a very productive final conversation,” William Ollayos, the Area Coordinator (AC) for the University’s apartments and East Side Program Houses, said.

Reflecting upon the policy, HMs told The Argus that they believed ResLife could do a better job supporting and communicating with their student staff.

“[T]hey must first understand that we are also students who have to work 2-3 jobs on campus and have academic and family responsibilities,” one anonymous HM wrote in an email to The Argus. “Better consideration of this in addition to better consideration of hearing students need can guide them to stop enforcing policies that burden the already burdened group the most.”

A second HM said they hoped ResLife would seek out more student input before making significant policy changes in the future.

“We spoke about this in meetings with ResLife: when they are to change a policy that affects students and ResLife employees, it is important to involve ResLife employees before changing policies and not getting student input,” they wrote.

Despite this, Koerting said she hopes HMs and other student staff feel that they can raise any problems they may have with ResLife staff.

“I would hope that the student staff feel like they can raise these concerns with us when they’re being discussed during the year, because the ACs [Area Coordinators] are extremely receptive to them, they have meetings with them on a very regular basis, they have one-on-ones with them if they’re not comfortable bringing them up in the staff meetings,” she said. “Instead of it getting it to the point where four days before we’re closing we’ve got a lot of HMs that are really upset and are raising things that they hadn’t raised to us before that we could have addressed sooner.”

Several HMs explained that they continually used staff meetings and one-on-ones to voice their concerns about the policy change, but were told by the Area Coordinators that the policy was fixed. One HM explained that, while the fact that they would have to relocate for Reunion and Commencement was mentioned briefly in staff meetings, many HMs and residents did not realize the full implications of the policy until much later in the semester.

“This policy wasn’t announced clearly or discussed so most HMs didn’t find out about it until too late,” they wrote. “I knew about it and had tried to fight it myself but was totally ignored.”

Regardless of the policy that is introduced for the next semester, Koerting explained that she believes students should consider not staying for Reunion and Commencement if relocating will pose a significant challenge for them.

“Some of the students—I understand—might not be working many shifts that week, and so weighing the amount of money that they’re going to make versus having to pack up all their stuff, move it, all the other concerns that we’ve heard,” Koerting said. “Like I said, it’s not just program housing. That’s where I’m most concerned about it. Even if we can fix these things for program housing, we still have a large number of students in those four residence halls that have to relocate. We can’t do anything different for them.”