Drawing the Line: The NFL and Its Fans Must Change 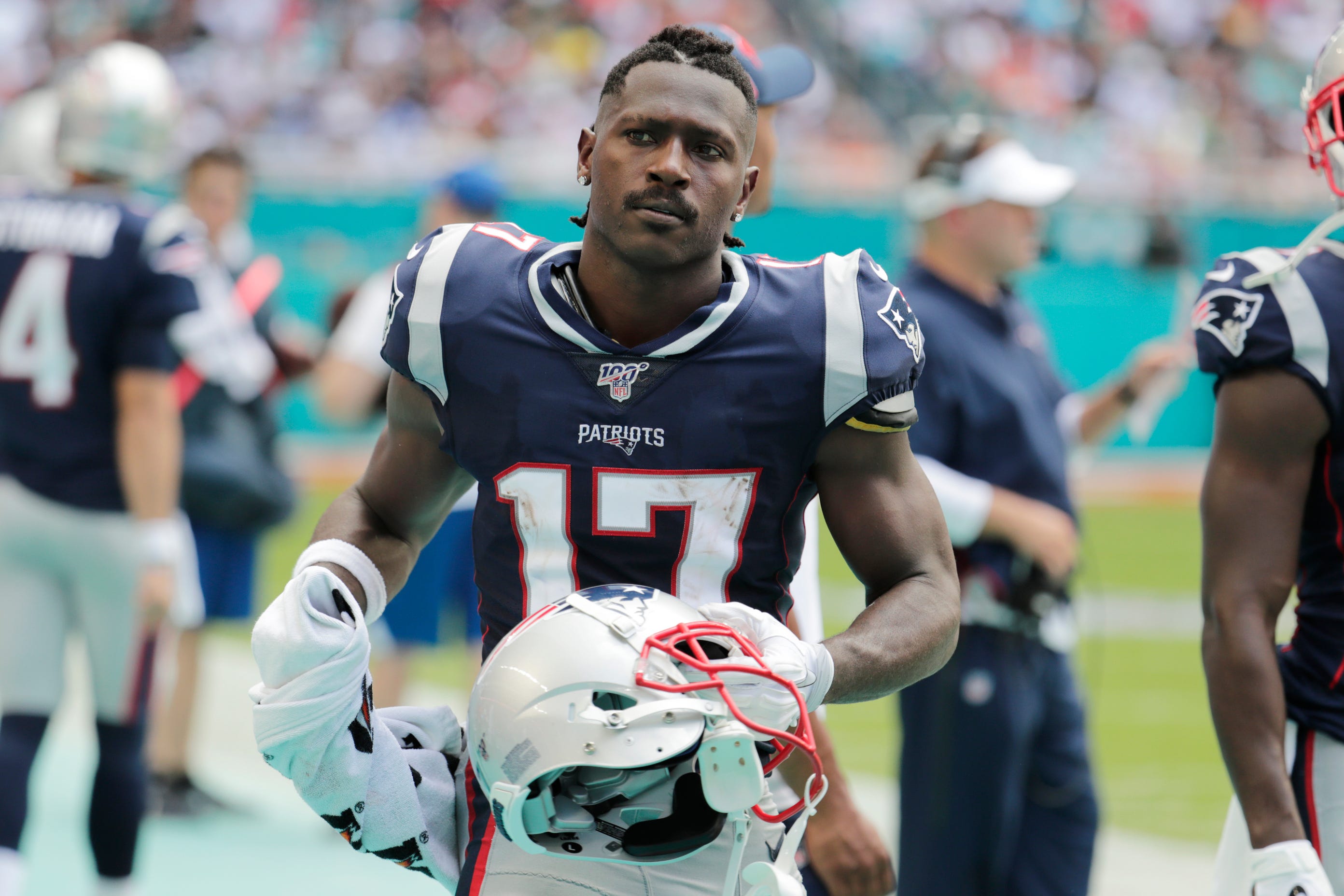 The National Football League is the biggest sports league in the United States. Not only does it line the pockets of team owners, with an annual revenue in the 16 billion dollar range, but it also dominates culture like no other sport. The league’s 17 regular season Sundays hold the attention of tens of millions across the country, with the viewership numbers reaching over a 100 million by the time the Super Bowl comes around. The NFL is more entwined with the culture of its homeland than any other sport. After all, they play American Football. Suffice it to say, the NFL is kind of a big deal.

It would be great to look at the NFL as a beacon of American pride: a sport that can bring communities together, allow us to see greatness, and turn any sixth round draft pick into the league’s biggest star—but enough about Gardner Minshew II. In actuality, the NFL is a cornerstone of American culture because it more accurately reflects American problems than any other product.

The NFL is about cognitive dissonance. It’s all about looking at issues and not thinking or not caring about them. Doesn’t the sport have a terrible problem when it comes to chronic traumatic encephalopathy (CTE) and player safety? Nah, just look at these Saquan highlights; football is fun! Don’t the athletes have the shortest careers of those in any professional league? Can’t they get cut immediately without compensation? Well… have you seen Patrick Mahomes’s no-look passes?

That might look like a conversation that should happen between NFL fans and the organization, but the problem is that it’s a conversation that stays within the fan base. Football is by far the most beloved sport in the country, and yet the league’s exploitation of the athletes is pushing the brink of unbearable.

The main saga dominating NFL headlines for the better part of the last three months has been Antonio Brown’s trip from Pittsburgh to Oakland to New England to nowhere.

His journey is part of everything that makes the NFL great and part of what makes it the most infuriating sports league to be a fan of. The good: one of the game’s greatest talents going through all types of wacky shenanigans to ultimately end up on the defending Super Bowl Champions’ team, even after not playing a single down for a team that traded two picks for him. The terrible: multiple accusations of sexual assault and harassment coming out in the last two weeks.

Antonio Brown was released on Friday, Sept. 20, and for the sake of the Patriots, I was relieved. I’m a Patriots fan, and I will always root for them to succeed and, therefore, for their players to succeed. But this case felt different. Ever since he joined the team, it quickly went downhill, leading up to his one and only game with the team, a worthless week two matchup against the tanking Miami Dolphins. His stats were unremarkable, four catches for 56 yards and a touchdown, but his presence was felt every second as the game went by.

The biggest problem is that every time he went over the middle to pick up 15 yards, or caught a touchdown in the left corner of the end zone, I felt excited. Is it possible for me to hold onto that emotion, and also be appalled by the allegations against him?

It would be great to just “stick to sports,” but sports is never just sports. The NFL isn’t made up of Madden players who cease to exist once the game clock reads 0:00. These are real people who oftentimes reflect real problems that society faces.

Sexual assault isn’t just an Antonio Brown issue, it isn’t just an NFL issue, and it isn’t just an American issue; it is an issue that affects people across the globe. The “Me Too” era might give off an image that the general public is more enlightened about sexual assault, but it really isn’t. If we are now living in a great age of enlightenment, why does Kobe Bryant get a show on ESPN+? Why does Neymar get to sign a $350 million salary? Why are Jameis Winston, Ben Roethlisberger and Tyreek Hill on NFL rosters? It would be easy to just plead ignorance to this endeavor and to treat the NFL as fools, but fools do not rake in yearly profits in the billion dollar range.

These fools know, they just don’t care. If the Chiefs didn’t care about Tyreek Hill’s domestic violence guilty plea when they drafted him, why would they care when he was recorded threatening his fiancee? If the Buccaneers didn’t care about Jameis Winston’s rape accusations when he was the quarterback at Florida State, why would they care when he groped an Uber driver? But Tyreek Hill is the fastest player in the league, so he gets to stay. Jameis Winston isn’t even good, and he gets to stay.

The NFL doesn’t care about sexual assault survivors, and often the world doesn’t seem to care either. Survivors just seem to be tossed aside as “legal issues” tabs on famous athlete’s Wikipedia pages. That can’t keep happening. Maybe the Patriots’ handling of Brown’s release might be a step towards enlightenment, but it’s probably just because his threatening text messages to an accuser made the owner look bad.

The NFL is against almost every value that I hold. This is a league that still won’t give a job to Colin Kaepernick for protesting police brutality that African Americans face every day, and yet gives a job to a man whose name is Blake Bortles. Blake. Bortles. NFL owners have given $7.7 million to Donald Trump. This is a league that is headed by Roger Goodell, a man so lacking in morality he suspended Ray Rice for two games for knocking out his fiancee and Tom Brady for four games for breaking no rules in the alleged ‘Deflategate’ scandal.

When I see Antonio Brown in TMZ articles, or I see another story about the NFL’s ignorance toward CTE, it puts a strain on that connection. I love my team and I love the sport, and I want that connection to be preserved.

Every Sunday I sit down and watch the games religiously, and in the days in between I wait for Sunday. I can’t quit the NFL. That’s pretty much in line with the ethos of America. American history is made up of a string of “don’t think about it” moments. This is a country that is founded on a genocide that kids barely learn about in school. We don’t think about it. This is a country that has systematically disenfranchised African Americans, but when are reminded by it—maybe by a certain quarterback for the San Francisco 49ers—we are desperate to get off the subject.

While I don’t look at the American flag with the same excitement that I do Sunday Night Football, there are plenty of people in the country who do. I honestly can’t blame them. If you’re brought up in a country that values cognitive dissonance, why wouldn’t you support a league that values it, too?

I think it is possible to hold onto two truths at the same time. I can love football and I can have my eyes glued to the TV set every Sunday. But I can also look at the league and the athletes as what they truly are. I don’t need to jump through hoops to justify them. I can see their faults and acknowledge that this sport brings me too much joy to let go.