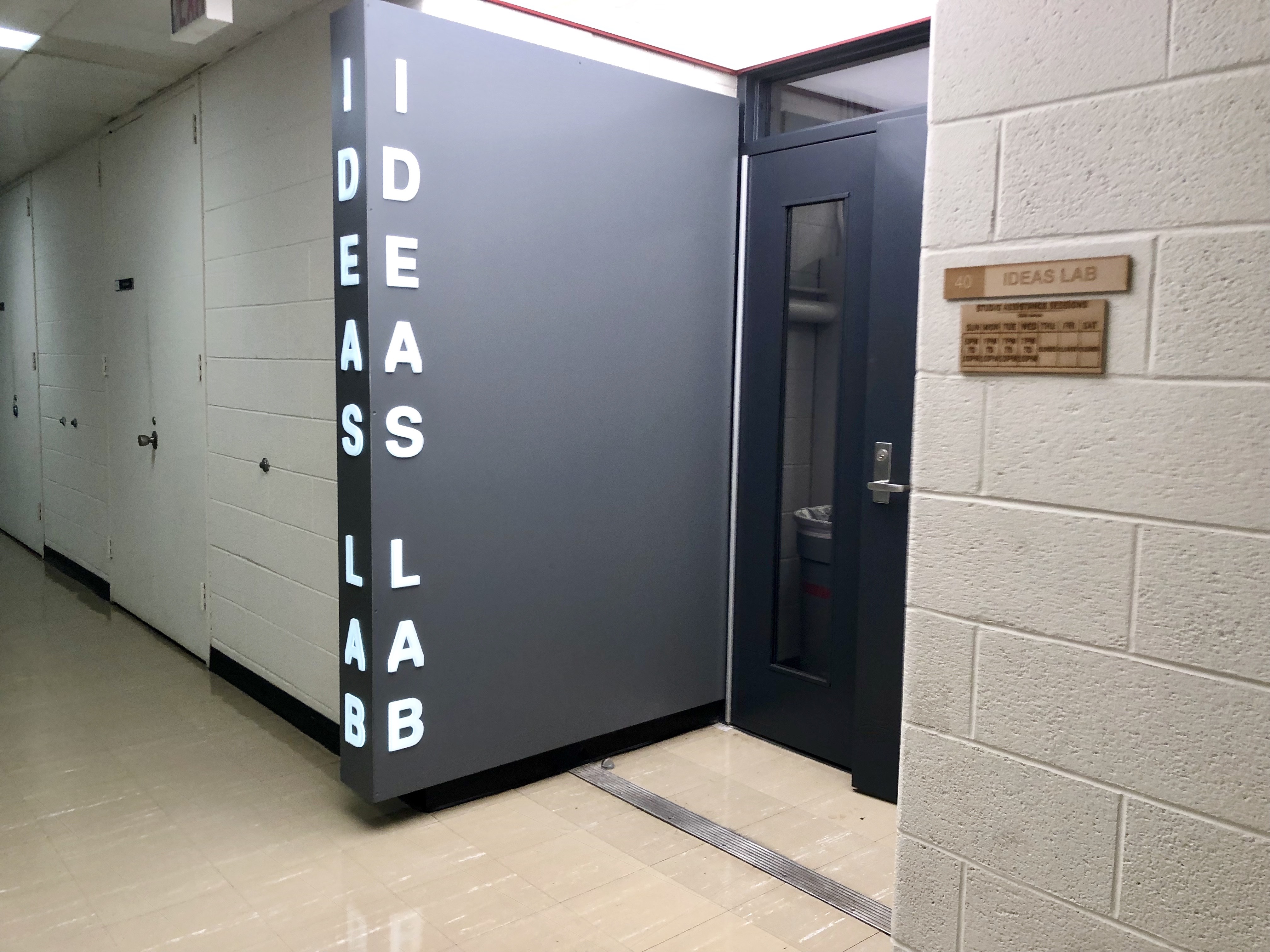 Wesleyan’s new Integrated Design, Engineering, and Applied Sciences (IDEAS) Lab has begun its first semester on campus. The lab is located in the basement of Exley Science Center and contains a wide range of technology, including five 3D printers, two laser engravers, and a waterjet cutter.

Currently, the lab is only open to students enrolled in IDEAS courses, but starting next semester, the lab plans to open to students who want to work on their own independent projects. IDEAS faculty are also in discussion with professors from other academic departments, who are interested in either teaching a class in the lab or using it for one-time workshops.

Assistant Professor of the Practice in Integrative Sciences Daniel Moller, who teaches the IDEAS courses  “Introduction to Design and Engineering” and “Introduction to Sensors, Measurement, and Data Analysis” in the lab, said the new space has already made a significant difference in how these classes are taught.

“Now we have a dedicated workspace, not just a classroom space,” Moller said. “Before, [students] were working on their computers and drilling right next to it…. This is a great environment for collaborative efforts, for fabrication and making, and that is so important on so many levels for a lot of these hands-on project based courses.” 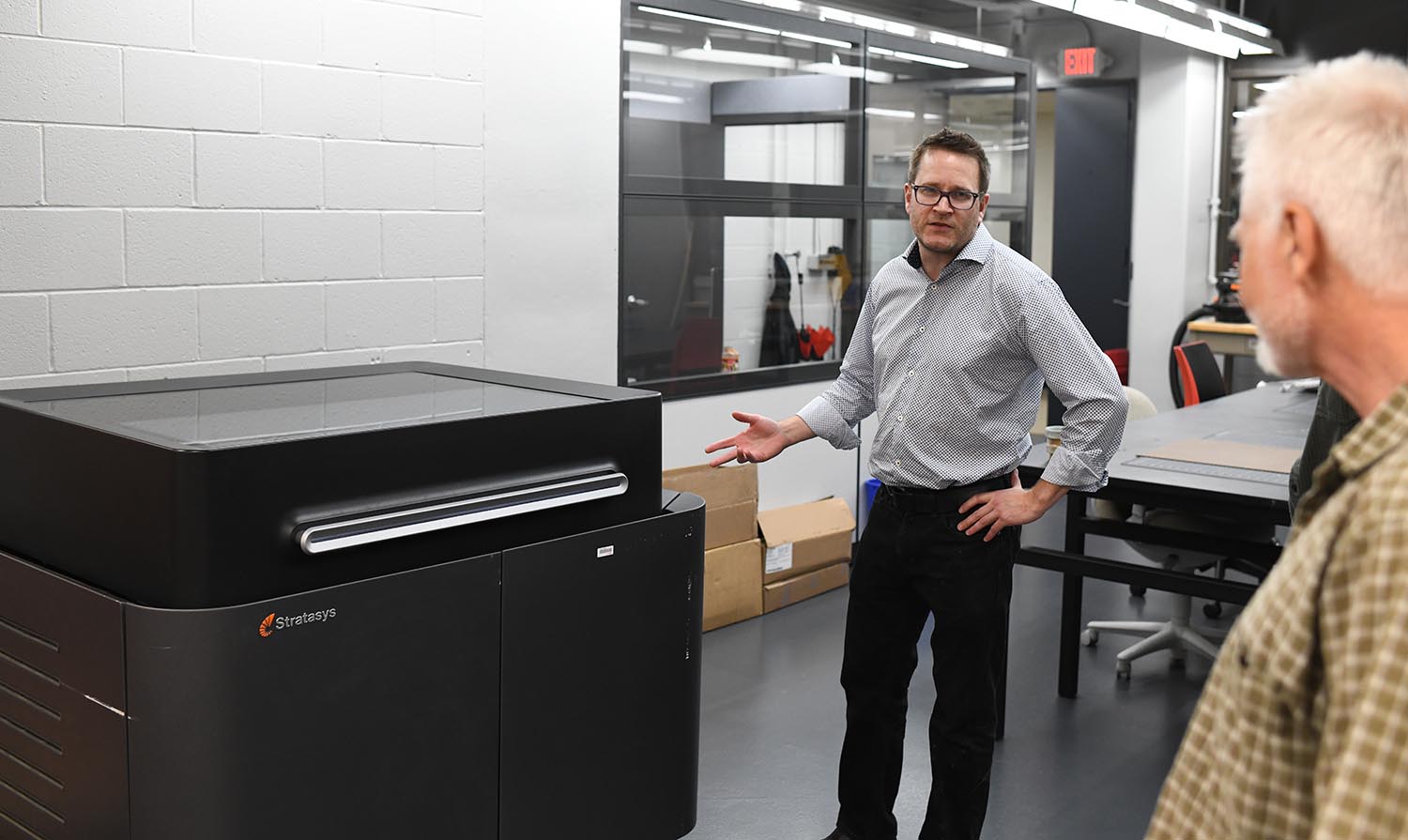 Makerspace Coordinator Shawn Lopez reiterated the importance of having the ability to design an object that can then be physically created.

“Here, the things that you create on screen can then be brought back into the real world,” he said.

Before the lab’s creation, faculty and staff visited universities with similar spaces, including Yale University, Smith College, and Mount Holyoke College to help them decide what they wanted the lab to look like.

“It was a long process,” Starr said. “Just getting the IDEAS minor in place was itself about a two-year process, and then it was about another two-year process to actually realize this space, and a lot of that was research. We needed to figure out exactly what we needed in this space to make it successful, so we spent a lot of time visiting other institutions who’ve got similar spaces.”

Approximately $500,000 worth of the lab’s equipment was donated by Osram Sylvania, a technology company based in Massachusetts, when they relocated one of their facilities. Because of this donation, the IDEAS team was able to acquire equipment that otherwise would have been out of their budget.

“We’ve been working on developing this space for years, it was just incredibly good dumb luck that this summer they happened to be shutting down this research facility just as we were doing the renovation of this space,” Starr said.

Students enrolled in classes that use the IDEAS lab do not have to pay to use any of the lab’s materials or technology. Lopez, who was hired over the summer, aims to make the space accessible to students who want to use the lab to work on their own projects.

“There will inevitably be some charges for student-based projects, but our hope is that it’s something that can be done without a huge expense to the student,” he said. “There are makerspaces across the country that you pay $75, $80 a month just for use of the space, so just having this on offer for the Wesleyan community to use is a really big step forward.”

Students who have had the opportunity to work in the lab as part of their classes echoed Mollers’ praise of the lab and the creative opportunities it allows for.

“So far it has been amazing to have all the resources because it translates to more freedom, more possibilities, for the functionality of our final design,” wrote IDEAS minor Ivy Lagerberg ’21 in an email to The Argus. 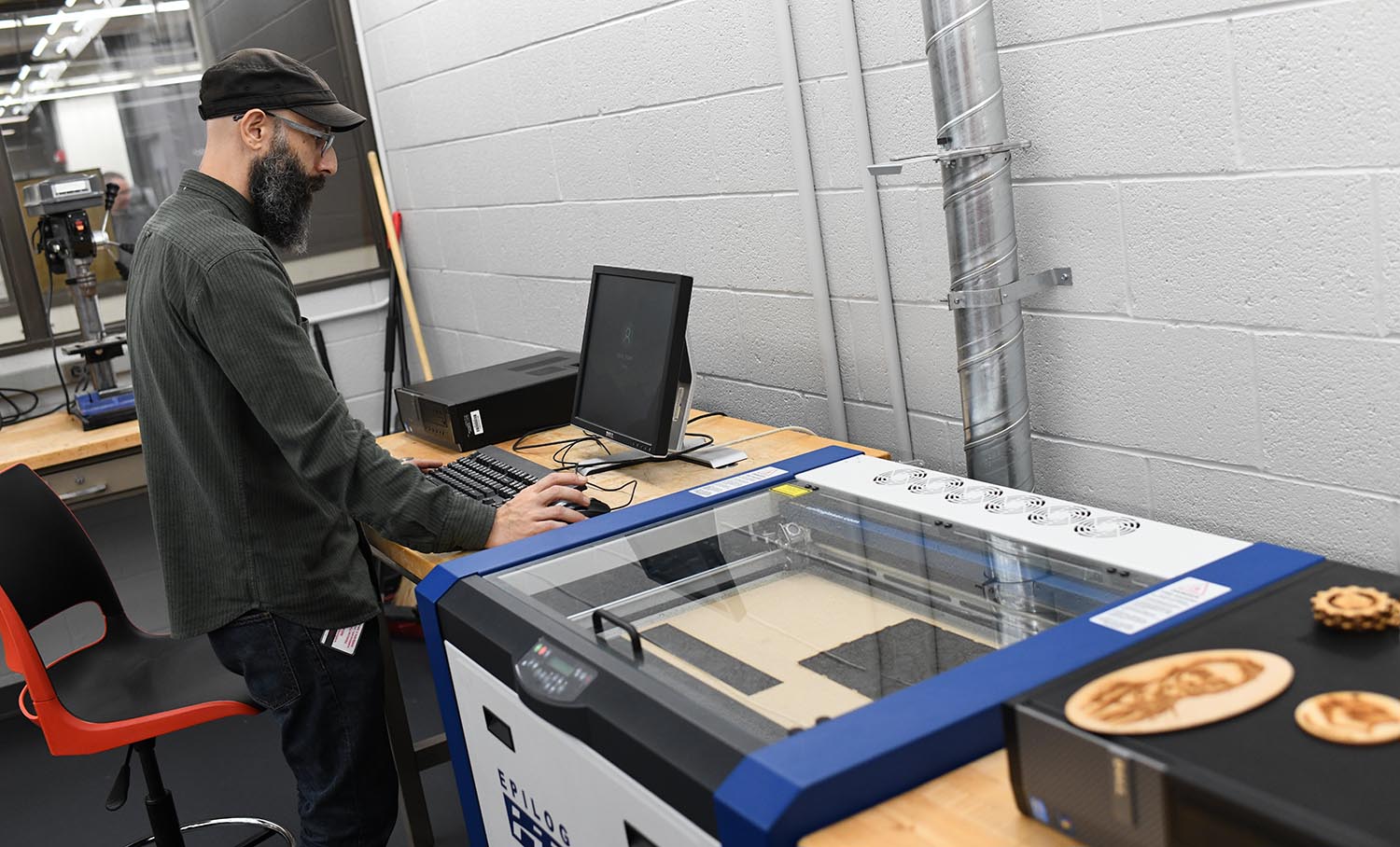 Amy Schaap ’21, who is enrolled in “Introduction to Design and Engineering,” said that being able to use the lab gives students a significant advantage when it comes to the design process.

“This lab allows for a multi-disciplinary, multi-media approach to design and problem solving and gives students an edge, as their idea of what is possible within the realm of design and engineering is expanded to include digital tools used in novel ways, and hybrid elements which allow for never-seen-before functional innovation,” she wrote.

Correction: A previous version of this article stated that Osram Sylvania closed a facility, when in fact they relocated the facility.