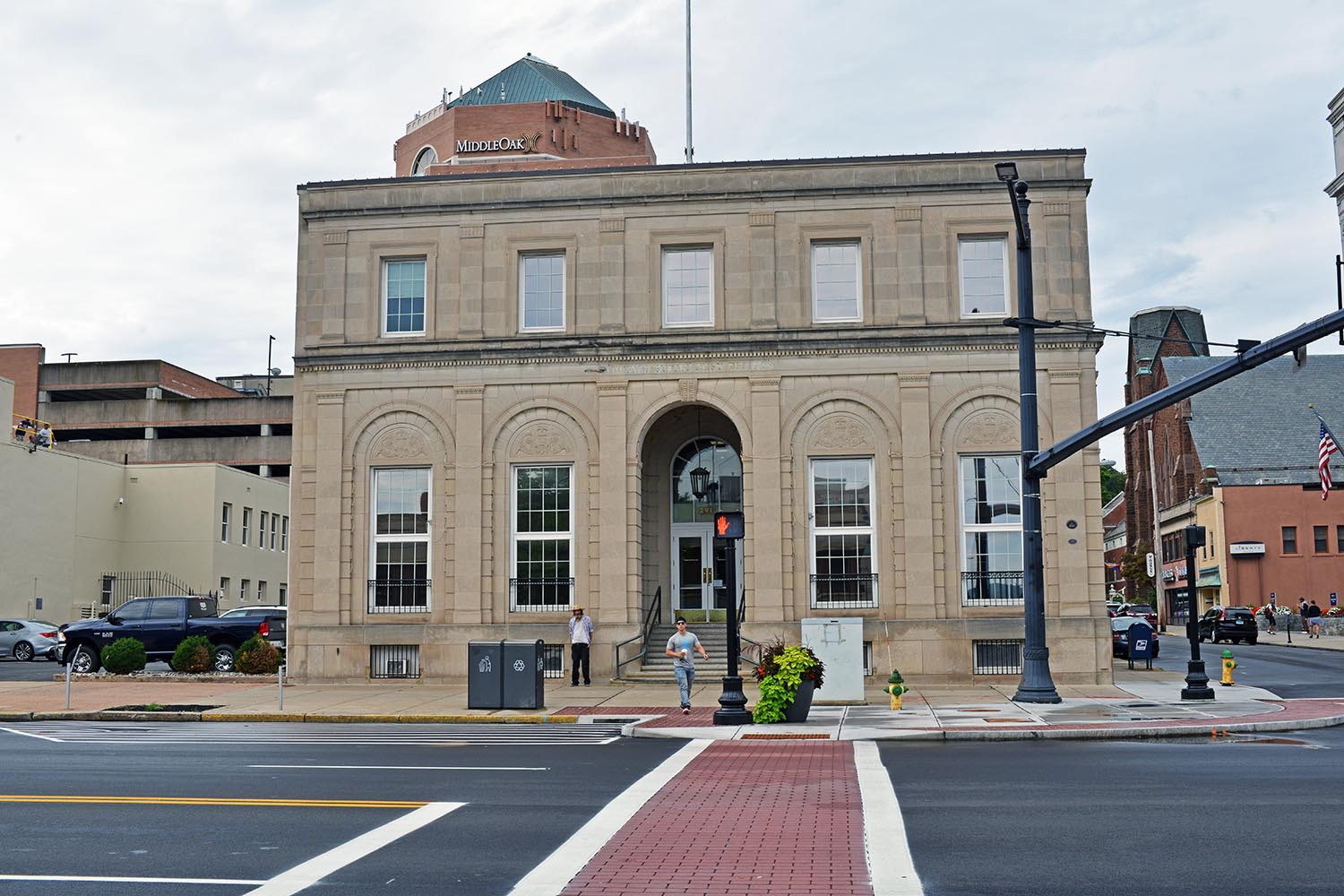 Approximately 90 staff members from the University’s Advancement—formerly known as University Relations—and the Finance Offices relocated to offices at 291 Main St over the summer. On Wednesday, Sept. 18, the University hosted an open house and tour of the offices for students, faculty, staff, and members of the Middletown community, which marked the first major event for the new office.

The University originally purchased the building from Liberty Bank for $2 million in March 2019, as part of the University’s strategic facilities plan in anticipation of disruption caused by construction projects in the coming years.

Members of the University expressed hope that this purchase and relocation will continue to expand the University’s presence in Middletown.

“We’ve been working for several years to strengthen Wesleyan’s ties to downtown Middletown, notably with the opening of the Wesleyan RJ Julia Bookstore and grown café on Main St,” Director of Media and Public Relations Lauren Rubenstein wrote in an email to The Argus.

Rubenstein also noted that the open house was a success, and was well-attended by various groups.

“We had a large crowd—probably 75-100 people at any given time—made up of Wesleyan staff and faculty, local officials, local business owners, and the general public,” she wrote. “Overall, it seemed everyone was excited about the ways in which Wesleyan is becoming ever more deeply integrated into the fabric of the Middletown community.”

Staff from the Office of Advancement relocated to their new offices from 318 High Street, Horgan House, 330 High Street, and 110 Mt Vernon St., while Finance staff moved from their offices in North College. As a result, the University’s Human Resources (HR) Department will now move to North College from their old offices at 212 College St. Rubenstein explained that this move will bring the HR staff closer to campus, making the resources they offer more readily available.

“[North College is] at the center of campus, giving all Wesleyan employees easier access to HR’s services and staff,” she wrote. “And it gives prospective employees a great first impression of the activity at the heart of campus and beautiful historic College Row when they come to visit Wesleyan.”

In addition to relocating, the Office of University Relations changed its name to the Office of Advancement over the summer. This name change is not indicative of any substantive change within the office’s mission or scope, but was instead done to bring the University more in line with peer institutions.

“‘Advancement’ is in keeping with industry standard and better reflects the work that we do,” Interim Director for Alumni and Parent Relations Jennifer Opalacz wrote in an email to The Argus.

The University’s Vice President for Advancement Frantz Williams Jr. ’99 expressed his excitement for the new office space, and hopes that the new space will have a positive impact on his team.

“I’m delighted to have the entire Office of Advancement together in one space,” he wrote. “I can already see the positive effects on collaboration across the team. We love being on bustling Main Street, and I think it’s wonderful for the community to see Wesleyan’s presence here as an indication of our commitment to Middletown.”

While Rubenstein told The Argus that there are currently no plans to further physically expand Wesleyan’s presence on Main Street, she hopes the University will continue to develop its relationship with the Middletown community in other ways.

“We are partnering with and investing in the City in numerous other ways, such as by co-sponsoring Middletown’s first Pride Parade last June, being a founding sponsor for the Middletown Entrepreneurs Working Space (MEWS+), hosting an annual Veterans Day event for the whole community on campus, and many other community partnerships through the Jewett Center,” she wrote.

Correction: A previous version of this article said that staff from the Office of Advancement moved from 110 Mt. Vernon Street, but they actually moved from working in four different locations, including the Mt. Vernon address, according to a member of the office. The article has been updated to reflect that.