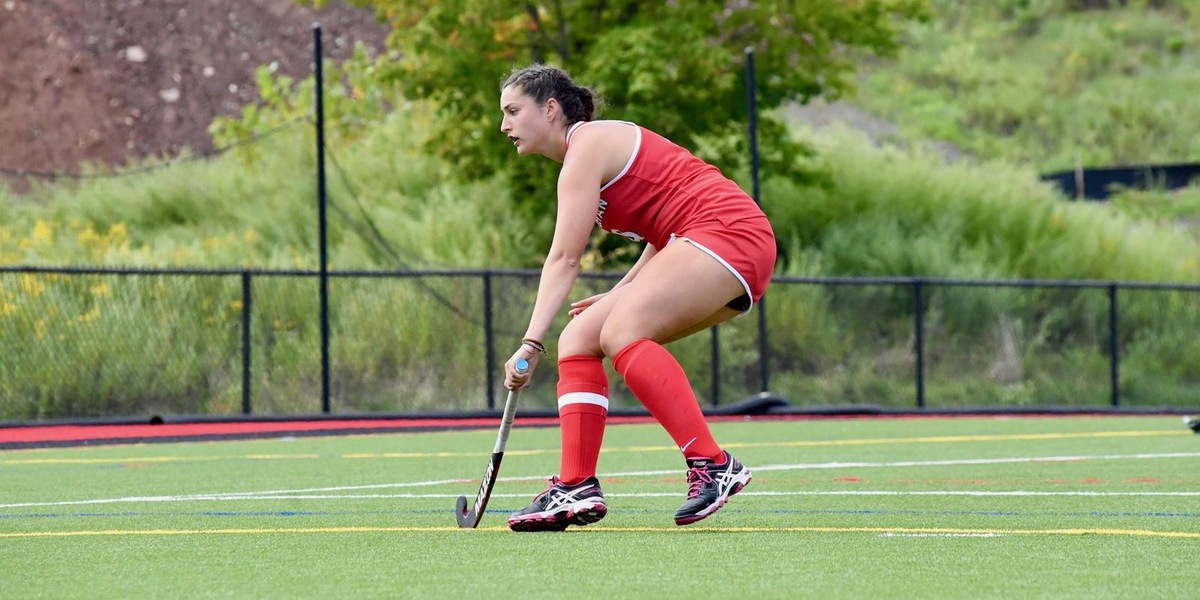 Wesleyan field hockey has continued their tumultuous season with a pattern of conferences losses and non-conferences wins. The Cardinals maintain a decent 3–4 overall record, but a disappointing 0–4 record in NESCAC play.

After a tough 7–0 loss to Middlebury—a team now ranked number one in all of Division III field hockey—the Red and Black served up the shutout they’d just eaten, with the Cardinals dominating Wheaton College 3–0 just three days later. This was the team’s second shutout of the year in only three games. Juniors Nikki Gerjarusak and Amy Schaap found the first two goals for the Cardinals, while defender Olivia Baglieri ’22 gained offensive power and sunk the last goal with less than ten minutes to play.

The team attempted to take this momentum into their matchup with Williams, another foe ranked in the top 20 of Division III. The Ephs moved quickly onto the board with two goals in just over 10 minutes. Wes attempted to retaliate twice before the end of the first. Erica Horowitz ’20 first missed the side of the net, while Myla Stovall ’22 failed to convert on a penalty corner just 26 seconds before the halftime whistle.

Williams followed up with their third goal midway through the second half, but the Red and Black refused to get shutout by another ’CAC competitor. Abby Manning ’20 passed to first-year Diana Schwarz for the first Wes goal of the game, with just 16 seconds left on the clock.

The Cardinals’ literally last-seconds score demonstrated their perseverance on the field, even when defeat seemed imminent.

“We fought hard for 60 minutes and that shined through when we tallied a goal with just 16 seconds remaining,” Coach Kemp told Wesleyan Athletics. “I believe we proved that we can play up to a national level.”

Before facing off against two more nationally ranked NESCAC teams, Wes returned to non-conference play against Mount Holyoke College. While that contest proved more contentious than their other non-conference shutouts, the Cardinals came out on top in a 5–2 victory.

Schaap and Gerjarusak once again showed their offensive prowess with a goal each. Schaap started off the Cardinal scoring with an assist from Gerjarusak just seven minutes in. First-year Leah Ewers followed their effort just a minute and a half later.

The Lyons then threatened a Red and Black victory as they scored two unanswered goals to finish out the half. Going into the third and fourth quarter, however, the Cardinals struck back with three more goals: the first from Colleen Carrigan ’22, the second from Gerjarusak, and the third from Horowitz—with an assist from Gerjarusak.

This offensive power failed to carry into Wes’ weekend play, when the team fell twice in NESCAC competitions: one against Bowdoin on Saturday and another versus Colby on Sunday.

Wesleyan looked to freeze out the Polar Bears early as Baglieri sunk the first goal of the game at 13:56. Yet with just three seconds remaining in the quarter, Bowdoin was already down on the opposite end of the field, responding with a goal to even the score 1–1. The Polar Bears upped their lead just a few minutes later before a nearly 30-minute stalemate. Bowdoin closed out the second half with a third score, ending the game with a 3-1 victory.

Although Wes found themselves on the losing side of the ball, goalie Delaney Wood ’20 made an impressive 16 saves. Maddie Ferruci, the Bowdoin player in net, did not make one save.

In their final effort of the week—in matchup just a day after—the Cardinals embodied some perseverance from the Williams game in a tough overtime loss against Colby. The Cardinals attempted to sink their shots in the back of the net, but missed the mark twice in the final three minutes of the first half. At the end of the third period, Carrigan and Manning attempted to slide in goals, respectfully, for the home team, but both came up short against the Colby goalkeeper.

After a scoreless hour, the teams moved into overtime play. Wood saved a shot from Colby’s Georgia Cassidy just three minutes in, but Cassidy jumped in on the rebound for Colby’s first and final score.

Although Wesleyan finished the weekend with a pair of NESCAC losses, there’s lots of opportunity ahead to get some wins in their conference record. Come October, the team plays a total of seven games, six of them against NESCAC opponents.

The team ends the week with non-NESCAC play against Roger Williams University on Sept. 26. Both sets of birds dominated Eastern Connecticut State University earlier this season, but the RW Hawks fell short against Mount Holyoke while Wes took a win. Despite their loss to Eastern Connecticut State, the Hawks have been on a victorious streak for the last three weeks. It’ll be up to Wes to break their six-win run on Thursday.