Robert Griffin III in Retrospect: The Spread Offense and the Modern NFL 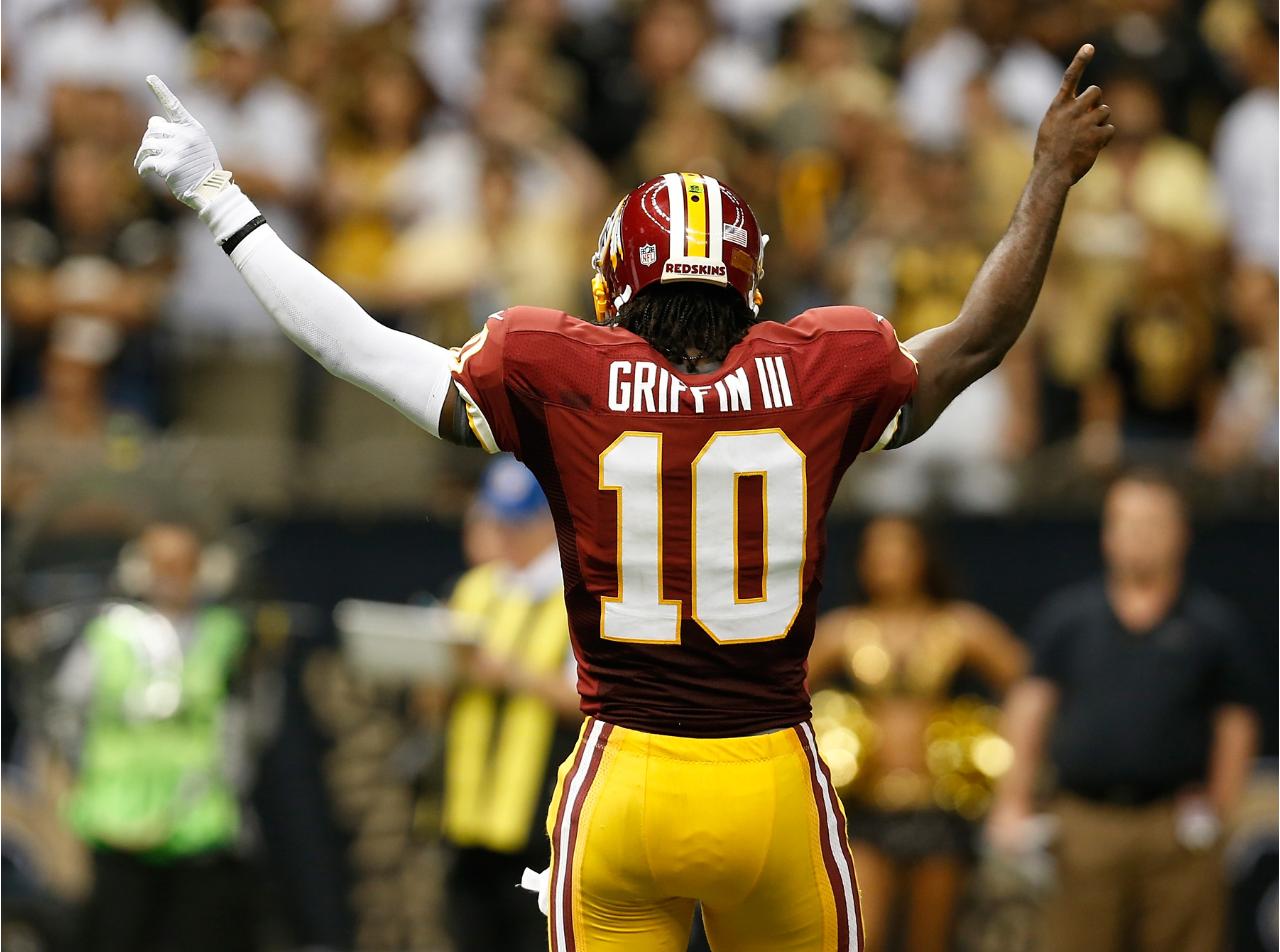 From ten thousand feet up, not much has changed in the NFL since the early 2010s. Many of the good teams (Patriots, Steelers, Packers, Seahawks) are still good, and many of the bad teams are still bad (although the Browns have a chance to turn things around). Talented quarterbacks such as Tom Brady and Phillip Rivers, who already entered the tail end of their careers 10 years ago, have somehow managed to endure countless hits and bruises. However, although some of the faces remain the same, a closer look at the recent professional football reveals something that has flown under the radar. And this something has completely transformed the look and feel of today’s game.

Robert Griffin III was as influential to the National Football League as any player of the past decade.

Maybe that’s a bit of an overstatement. Griffin didn’t win any Super Bowls, or any playoff games for that matter. He only had one great year. What Griffin did, however, was set the gears in motion for the NFL—an organization notoriously resistant to change—to finally begin tailoring their offenses to their quarterbacks. As a result, modern professional football fans have the opportunity to see exciting young quarterbacks thrive in a league that would have traditionally kept them out.

Griffin, a Heisman Trophy winner in his final season at Baylor University, was drafted with the second overall pick in the 2012 NFL Draft by Washington, behind only fellow quarterback Andrew Luck. Although the recently retired Luck might have had the more distinguished career, it was Griffin who immediately lit up the league, passing for 3,200 yards and 20 touchdowns against only five interceptions. Simultaneously, Griffin showed off impressive foot speed and ball-carrying vision for a quarterback, rushing for 815 yards and an impressive seven touchdowns. As a result, Griffin was selected for the Pro Bowl, and was named Offensive Rookie of the Year.

Washington coach Mike Shanahan’s embrace of the “spread” offense was key to Griffin’s success. This approach, as its name implies, spreads out receivers along the line of scrimmage in the hopes of stretching out the defense and opening up the middle of the field. At Baylor, Griffin was given this spread-out look, and then was essentially allowed to choose one of three options: hand the ball off to a running back, throw a screen (short) pass to a receiver, or hold onto the ball himself and run with it. Basically, the spread forces the defense to either sell out against the run and allow the passer to pick them apart, or to cover the short pass and let an athletic quarterback or halfback run over them.

For many years, the spread has been employed at the college and high school level, and for good reason: it’s much simpler than the “pro-style” offense often used in the NFL, which emphasizes quick decision-making and the ability to “read” a defense from under center. For this reason, NFL coaches and general managers were simply baffled by elite collegiate spread quarterbacks. The production of players like Griffin was undeniable, but teams were left wondering whether spread quarterbacks could master the complex offenses and deceptive defenses cooked up by the league’s brightest minds. It was partially for this reason that Luck was selected ahead of Griffin. Luck played in a pro-style offense at Stanford University, making it likely that he could seamlessly merge into the intricate system in Indianapolis that Peyton Manning had long commandeered. With Griffin, the evidence had yet to be presented that he could do the same.

What Shanahan and his son, offensive coordinator Kyle Shanahan, decided to do with their new quarterback might strike some as obvious: they simply integrated spread concepts and read-option runs into his playbook. But at the time, this was a truly revolutionary approach. Rather than shove a square-peg player into a round hole, the Shanahans were flexible enough to design a system that put Griffin in the best position to succeed. It’s easy to imagine a scenario, somewhat like what plagues Tennessee starter Marcus Mariota today, where a coaching staff was too conservative or too stubborn to build the right system for their quarterback. Instead, Griffin was allowed to thrive.

Bad luck and poor decisions by Washington’s medical team cost Griffin a sensational career. In Week 14 of his rookie year, Griffin sprained his LCL. After being allowed to return only a few weeks later for the first game of the playoffs, he reinjured the same knee, and needed ACL and LCL surgery in the offseason. Upon returning in 2013, Griffin never was the same; he played two more years in Washington before losing the starting job to Kirk Cousins, and bounced around the league until settling in his current role as Baltimore’s backup quarterback.

Griffin never reaped the benefits of the offensive revolution he and Shanahan ushered in, but their fleeting moment of success opened the door for a new wave of innovation in the league. The Philadelphia Eagles, Super Bowl champions two years ago, carved out a path to the title via a slew of run-pass options. The Kansas City Chiefs empower Mahomes, the most exciting player in football, with concepts lifted directly from his days at Texas Tech. The last two number one overall picks, Baker Mayfield and Kyler Murray, put up gaudy numbers in college and were chosen despite being spread quarterbacks. Even the Patriots, who have the epitome of a pro-style quarterback, tinkered with the spread during the 2019 playoffs as they marched to another championship last year.

It’s impossible to predict how long the spread will remain the next great “trend” in the league—the odds are good that some smart coach will figure out a new strategy that perfectly counters the spread and shakes the league to its core. What should never change, however, is the new understanding between coaches and quarterbacks that teams should change to fit their talent, and not the other way around. The term “system quarterback” used to be thrown around as an insult to passers who had their stats propped up by a well-designed playbook. Nowadays, employing a system quarterback might just be the best way to win a Super Bowl.