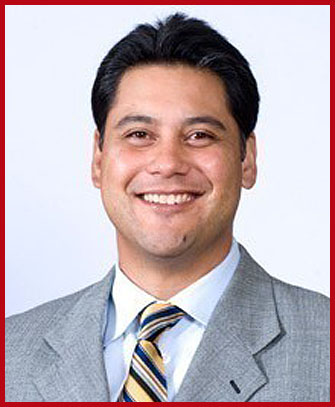 Ben Somera’s 2015 arrival in Middletown marked the beginning of a sustained rise for Wesleyan volleyball. Inheriting a team that had been slightly above average for its previous 31 years of existence, Somera turned a 5–15 squad into a first-time NESCAC champion in just three seasons. The program has advanced deep into the NCAA Tournament each of the past two years, reaching the Elite Eight in 2018. Students may also know Somera by his status as the instructor for Hatha Yoga (PHED 147), a class so popular it somehow has a total of negative 12 seats available, but his power on the court cannot be overlooked. The Argus reached out to Somera via email to get his perspective on his coaching career, philosophy, and team-building strategies.

The Argus: What was your history with volleyball before coaching?

Ben Somera: My father grew up in Hawaii, and volleyball is a big part of the athletic culture there. [He] played the game recreationally in Southern California, so I grew up exposed to the sport. Thirty years ago there weren’t a ton of playing opportunities for boys at the high school level, so I played baseball, basketball, and football growing up and through high school. Collegiately my career was more of a practice player. The setter from Cal State-Northridge (CSUN) was a referee for the men’s league I was playing in, and recruited me play with their team at CSUN.  I attended a junior college before going to CSUN, and I ended up not being eligible to play DI [Division I] volleyball…. I was a full time student so I was allowed to practice with the team at CSUN, but I was ineligible to compete for the team.

A: What prompted you to get into coaching after graduating from college?

BS: I transferred to USC after a year at CSUN, and became a volunteer coach while I finished my undergraduate degree at USC. I loved being around the team, and the coaching staff let me be involved in every area of the program. I basically did anything they needed done and tried to get as much experience as possible. Through my volunteering at USC, the high school volleyball coach at Harvard-Westlake who ran USAV (junior club volleyball) for Santa Monica Beach Club allowed me to coach my own team in his program, and those two events really started my volleyball coaching journey. When I graduated at USC, Lia Love promoted me from volunteer to a position called a “restricted earnings coach,” which was basically a graduate assistant position.

A: In 2001 as an assistant coach at Oregon State University, you helped take your team to the NCAA DI Finals. What lessons did you learn from that experience in terms of coaching and team-building?

BS: My time at Oregon State University shaped my coaching style and solidified the type of team I wanted to build and coach. OSU was not a perennial volleyball power and wasn’t going to pull the top volleyball talent away from programs like Stanford, USC, and UCLA but you had to compete with those schools as part of the Pac-10 (now Pac-12). At that time, I had already had the perspective of coaching at USC, and at OSU it was a much harder sell to recruits. At OSU, my wife and I coached together and we tried to make our program as efficient and disciplined as possible, so that we would build teams that were competitive and [that] maximized our potential. We couldn’t always hang our hats on a winning record, so we got very focused on identifying ways to keep players motivated and improving and focused on the process. I handled the recruiting and she set the training agenda. In 2001 our team went 17-10 overall and 10-8 in the Pac-10. Our goal was to beat the bottom three teams twice (for 6 wins), beat the middle 3 team at home (for 3 more wins) and pick off one of the top 3 team (for 1 more win)…and that is what happened. That team was excellent defensively and we played at much faster rhythm than the taller more physical teams in our conference. That was our third year at OSU, and by that time our culture had really taking hold and we had a team that came to practice focused and ready to compete. So many of the acronyms and concepts I use today were born during that program’s ascent to the NCAA Tournament.

A: Before moving to DIII, you coached at the University of South Carolina in the SEC, arguably one of the most competitive collegiate athletic conferences in the country. Do you approach your job in DIII in a similar manner? Besides the talent difference, what would you say are the chief differences between DI and DIII volleyball?

BS: My approach has been identical at for my DIII and DI teams. We set goals, training standards, and promote a lifestyle that allows our athletes to be successful in the classroom and on the court. My expectations for effort and attitude, execution of skills and our system, and building a competitive environment are as high for my DIII athletes as they were for my DI athletes.

At the end of the day, we are trying to produce individual athletes who are willing to mutually sacrifice in a transparent way for the benefit of the team.  My job is to find student-athletes who want that experience, and teach them how to make their intentions transparent to their teammates.

The biggest difference between DIII and DI is more about the recruiting process, and at the highest levels of the sport (in the Power 5…Pac-12, Big 12, Big 10, ACC and SEC), the support that is in place for athletes once they arrive to campus due to their time commitment to their sport.

A: At both USC and Roger Williams University, you coached the first Academic All-American to play for either of the two schools. How does your program interact with academics, and what can you attribute to your success fostering well-rounded student-athletes?

BS: I also coached the first Academic All-American at Oregon State and a valedictorian at USC. I believe academic success and athletic success are not in opposition to each other. The values and characteristics you need to be successful in either area are the same and should complement each other. Any tension between academics and athletics at university is usually a cultural issue, not a student-athlete issue. Students come and go, times change, but the culture of a university is perpetuated by its affiliations and the people who remain at that campus.

A: Why did you move from DI to DIII volleyball with Roger Williams University?

BS: The short answer, DIII athletics is more in line with the college experience I wanted to provide to the student-athletes who chose to be coached by me. DIII also allowed me to be more available to my family, I also believed that my experience would give me an advantage that could produce winning results at D3 level, and I was looking for a place I believed could improve and compete for National Championships.

A: Why move from RWU to Wesleyan?

BS: I have worked in five different athletic departments and with seven athletic directors prior to coming to Wesleyan and each of those venues have given me a ton of great experiences. It has also given me a lot of different perspectives and has helped me identify the types of people I do my best work with and what I want to achieve in my career. I have always enjoyed coaching smart athletes, but I also really wanted to win. I had interviewed a few other high-academic institutions and [Wesleyan’s] Mike Whalen was the only athletic director who talked about winning and I felt like my interest were aligned with his.

A: How would you describe your coaching style?

BS: My job is to set a vision and course for the team, expedite my experience to my student-athletes, and hold myself and each of our team members accountable to our standards. My style has to change depending on who I am coaching and my relationship with an individual player, but our standards and expectations for competing do not waver. So, I am typically providing discipline and guidance to those who aren’t ready to do that for themselves. It is not that different from parenting.

A: What skills or tendencies do you expect from your players?

BS: Communication (verbal and non-verbal), Hustle, Attitude, and Discipline. CHAD is an acronym that started at OSU and is still in play today. Our team refers to it as our “secret sauce.”

A: Similarly, when recruiting, what attributes do you look for in a high school prospect? How do you identify a good fit for your system?

BS: Our recruiting starts with a thorough examination of a prospective athlete’s academic credentials, as well as their athletic potential. Our program is at a point where players have to possess a certain level of athletic ability, but we are trying to find people who want the college experience our program provides. We want prospective student-athletes to choose to be a part of our program and know what we are asking of them before they decide to apply.

A: Further on the topic of recruiting, how would you characterize the interactions between your program and admissions.

BS: I feel like my interactions have been positive and fair. I have been told “yes” and “no” over the course of my four years, but I understand that their job is just as difficult as mine and that we can best work together when our interests align.

A: What is the team’s practice schedule like? What process have you undergone to develop it? Has it always been successful?

BS: We typical practice Monday-Thursday from 4:40 p.m. to 6:40 p.m. which corresponds with the university’s free block from 4:10-7 p.m. daily. In the off-season we have an expectation that a college athlete should dedicate eight hours a week to their team…three hours of open gym organized by our captains, three hours of strength training, and two hours of speed and agility work. Most of these out of season session take place at 7 a.m. due to facility availability but can happen anytime that the team [would like] and are often moved to the weekend to facilitate a sleep-in day.

A: This semester, you’re teaching two sections of a Yoga class here at Wesleyan. What is your background with yoga?

BS: I am a certified Hatha Yoga instructor. I attended a nine week teacher training program to earn a certificate. We practiced yoga twice daily, learned to teach the postures, studied and were tested on anatomy. I found yoga as a practice through my wife who thought I would enjoy the physical workout of it. In the early stages of my practice that was the case, but I quickly found that my focus improved and I gained new perspective on self-awareness and presence. Teaching yoga has really made me appreciate the team I coach.

A: Last year, you competed against your wife’s team at Johnson and Wales University at the NCAA Regional Championships. What was that experience like?

BS: Last year we ended JWU’s season, and the year before they ended ours. It is bittersweet and I don’t think either of us really enjoy ending the other person’s season. Our matches are always very competitive and our teams have identical styles of play. We actually focus on the same six areas of play…our “System Six” (another concept that comes from our days at Oregon State together).