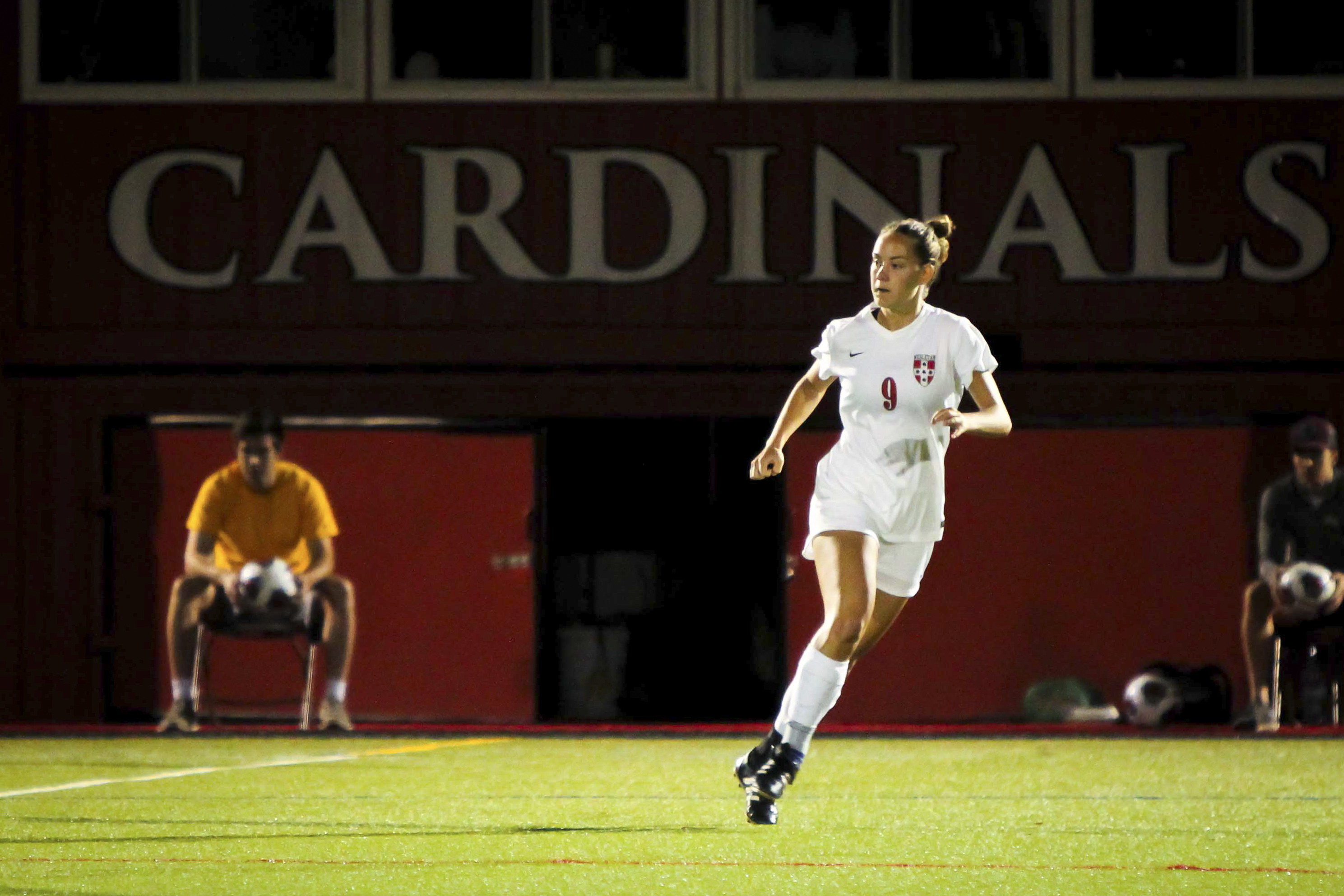 The women’s soccer team has gotten off to a decent start this season, going 1-1 in its first two games.

In their NESCAC opener against Middlebury on Saturday, Sept. 7, the Cards fell to the Panthers by a score of 2-0. It was a tightly contested game, as it remained scoreless until the Panthers scored with three and a half minutes to go in the first half.

In the beginning of the second half, the Red and Black tried to get the offense going, but struggled to find the back of the net. Middlebury then added a second goal with just over ten minutes remaining to secure the win. Despite their inability to sink a goal, the Cards outshot the Panthers 11-10, and had 13 corner kicks as opposed to Middlebury’s solitary one. Rookie Audrey Lavey led the team offensively with three shots; on the defensive side of the ball, goalie Sarah Hammond ’22 finished with five saves in the losing effort.

The Cards were able to rebound on Tuesday evening, with a resounding 10–0 win over Rhode Island College at home. The Red and Black got off to a fast start, as they scored three goals within the first three minutes. Grace Devanny ’23 found the back of the net twice for the first goals of her collegiate career, and Andi Wiley ’22 added a third just 32 seconds after Devanny’s second.

The scoring binge would continue as the Cards tacked on another six goals in the first half, getting contributions from up and down the roster. Captain Emily Ribatt ’21 led the charge with a goal at 18:33, followed by two goals a piece from Kate Hausladen ’23 and Shannon Sweeney ’21. In the second half, the Cards added a 10th goal as Isabelle Martin ’23 found the back of the net for her first time at the University.

Throughout the game, the Cards dominated the offensive side of the ball with 28 shots and 6 corner kicks. On defense, Hammond was only forced to make one save the entire game.

The team’s 10-goal victory set a new record for the most goals in a single game, breaking the previous record of nine, set back in 1991 against Nichols College.

Ribatt was thrilled with how the team performed in their first two games, even with the loss to Middlebury.

“I am really proud of and impressed with the way the team played in our two games so far,” Ribatt said. “Despite the final score of the first game, we put in 100 percent effort in both games and everyone, regardless of their role, was devoted to the greater success of the team as a whole. We all worked together with each other and for each other.”

Despite the wide difference in goal scoring between the first and second game, Ribatt simply attributed the offensive change to the team’s improved cohesiveness.

“I think we didn’t make many adjustments,” Ribatt said. “We just continued to fine tune our brand of soccer, and the more games and practices we get behind us, the more we get to know each other on the field and improve our team play.”

Ribatt also added that it was crucial to be able to score as much as they did against Rhode Island after not finding the back of the net on Saturday.

“It was so important and a great confidence builder for all of our players,” she said. “We had a lot of good chances on Saturday and used that as motivation to drive us to break the school record on Tuesday.”

Next up, the Cards face a tough test at home on Saturday as they take on the defending national champions and Little Three rival Williams.

Ribatt said that continuing to play aggressively on offense and working hard will be the keys to continued success.

“I think having confidence in the final third is key we have so many strong attackers and players who can put the ball in the back of the net,” she said. “If we keep finding them and work hard together as a team, I feel that we will have another strong performance!”