A Comprehensive Evaluation of First-Year Dorms

As throngs of unique freshman handpicked by seasoned admissions officers descended on campus, a startling realization came to light: When forced to interact with strangers, all we could ask was, “What’s your name?”, “Where are you from?”, and “Where are you living?” While this may seem like a feeble attempt at social connection, a definitive freshman dorm ranking began to take shape. This scale was based off of a rough survey of different students and their individual experiences in their dorm; what makes a “good” dorm varies from person to person. Is it the sense of community? The building quality? The vibes? The proximity to the rest of campus? Or whether or not you had to sign a lead paint disclosure? With these metrics in mind I set out to evaluate each dorm, breaking each building into six categories, ranked on a scale of 1 to 5. The contenders? Bennet Hall, Butterfields (The Butts), Clark Hall, Nicholson Hall (The Nics), and West College (WestCo). 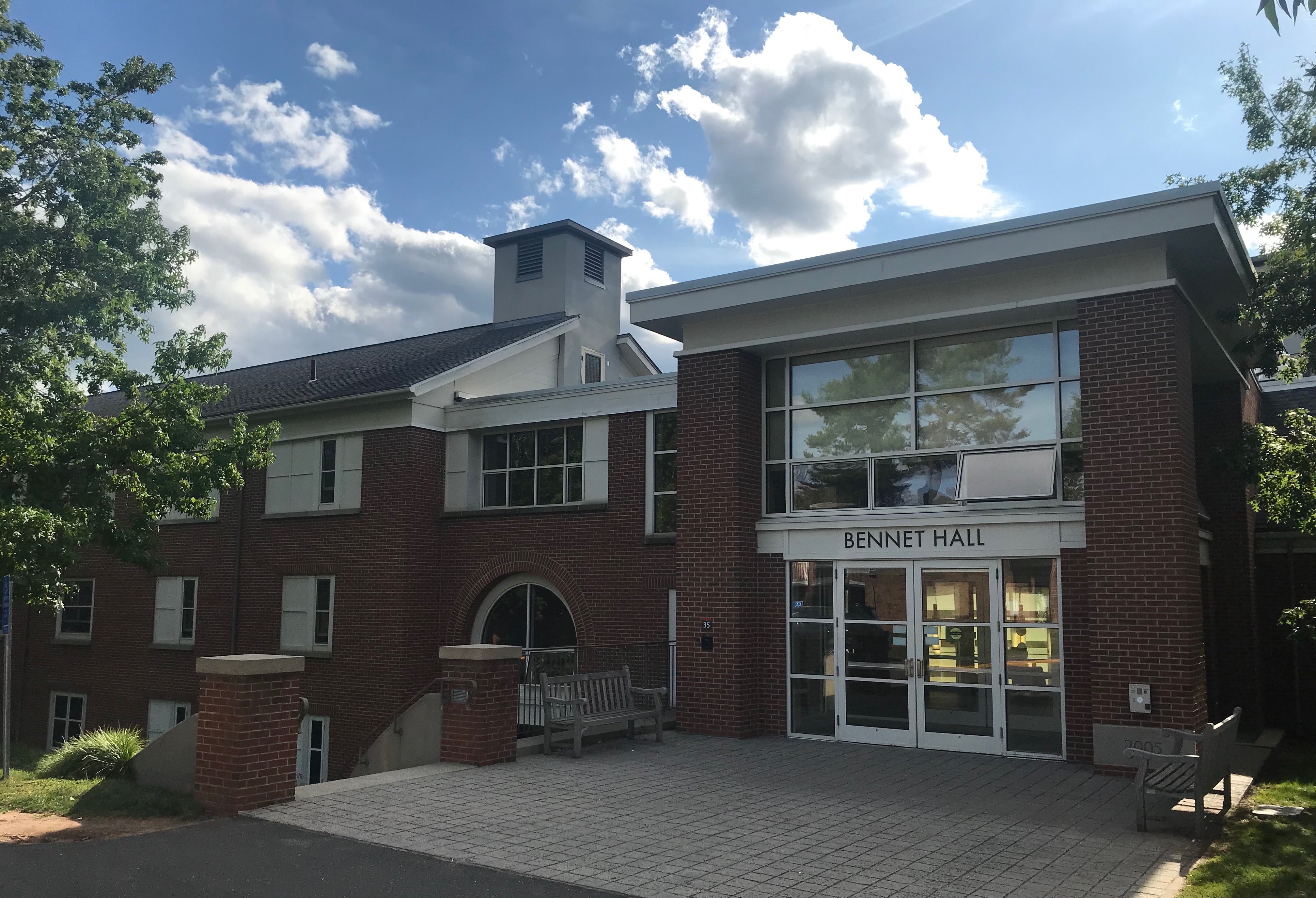 Both affectionately and mockingly called “Hotel Bennet,” Bennet is arguably one of the nicest dorms on campus. According to one resident, most of the floors in the building have become close-knit communities and making friends has been easy. Most rooms, however, only have one small window, which doesn’t provide a lot of natural light.

“[The dorms] are pretty roomy but a lot smaller than the Butts and the Nics,” Ella Carr ’23.

The lounge, Carr said, only deserves 3 stars because other dorms have higher quality entertainment, such as pool and ping-pong. Looking at the spacious, sun-lit atrium that serves as the lobby of the air-conditioned Hotel Bennet, only 3 stars may be a bit harsh. However, due to its proximity to Weshop, Olin, and Exely, Bennet receives a full 5 stars for location. Common complaints include the narrow, poorly-lit hallways that students have to trudge through on their way back home.

If she had to live somewhere else, she would have chosen the Butts, because of their large single dorm rooms and active social scene. 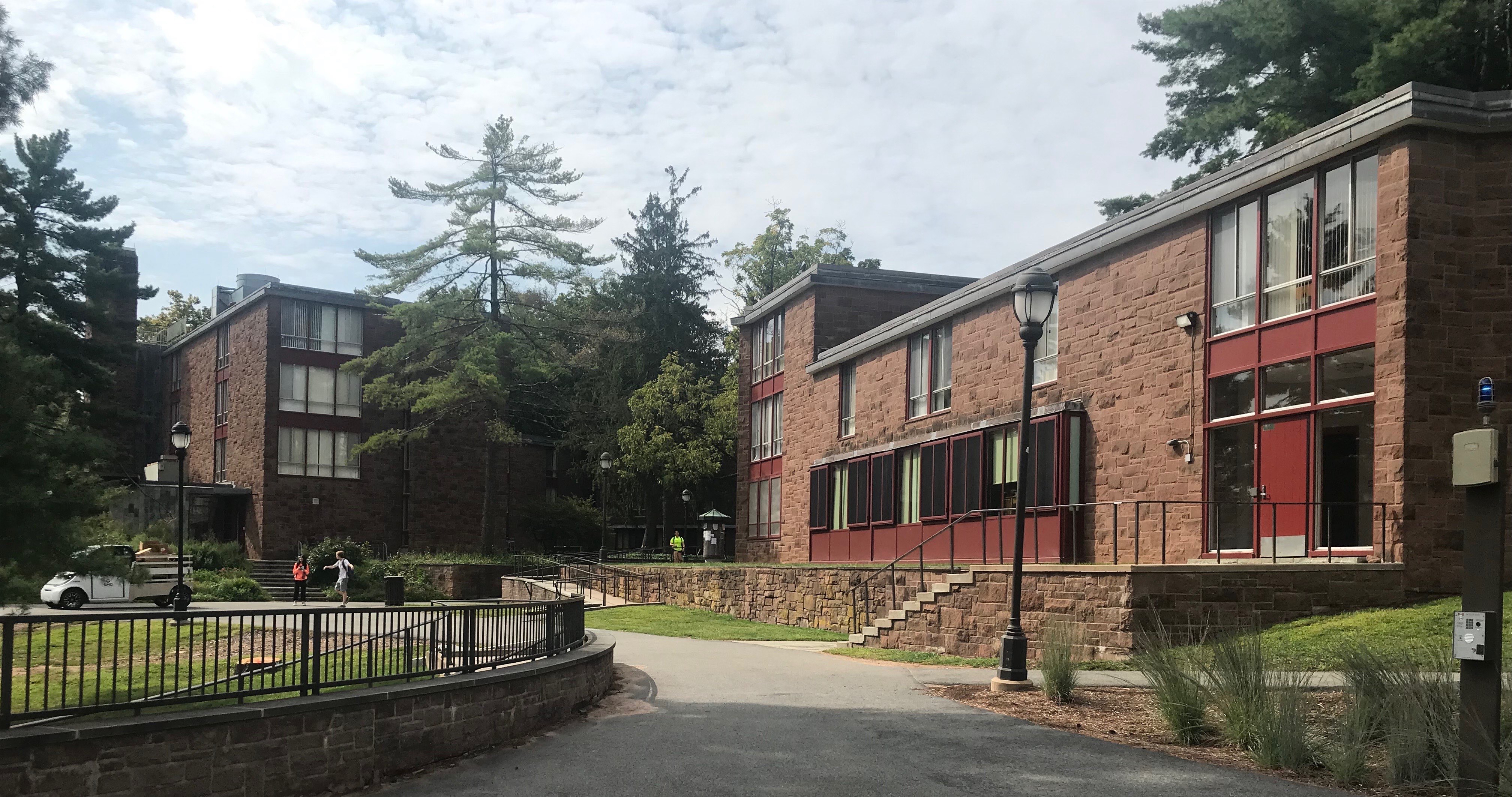 “Whenever anyone says they are from the Butts, I get excited. It’s like we’re from the same state,” Emma Specht ’23 said.

What is lacking in bathroom quality and proximity, the Butterfields makes up for with its intense sense of camaraderie. The sentiment toward the Butts is similar to how one might feel about a sibling: You can whine about their faults all day long, but when someone else does it, it’s time to throw hands. Common complaints include the single-use bathrooms. (More specifically, when someone is taking a 20-minute “self-care” shower, and you really need to pee.)

“People think that it’s their own personal bathroom and they leave their diva cups and underwear laying around,” Sarah Timbie ’23 said. “Great water pressure though.”

This is certainly not ideal when you’re trying to get out the door for your 8:50 a.m. class. Yet while the Butts may be farther away from Usdan than other dorms, they do have their own personal dining hall: Summerfields. Just be sure to order ahead of time, or you’ll lose years off your life waiting in line. The lounges generally rank pretty high, with student reviews including “enough chairs,” “good for studying,” and “interesting stains,” and the courtyard provides an excellent outside space to hangout.

Generally, residents love having singles, and the triples are enormous. On the other hand, some singles have thin walls between them. One student complained that they could hear and smell all of their neighbor’s business. So whoever you are, be careful what tea you spill in the Butts when your neighbors are home. 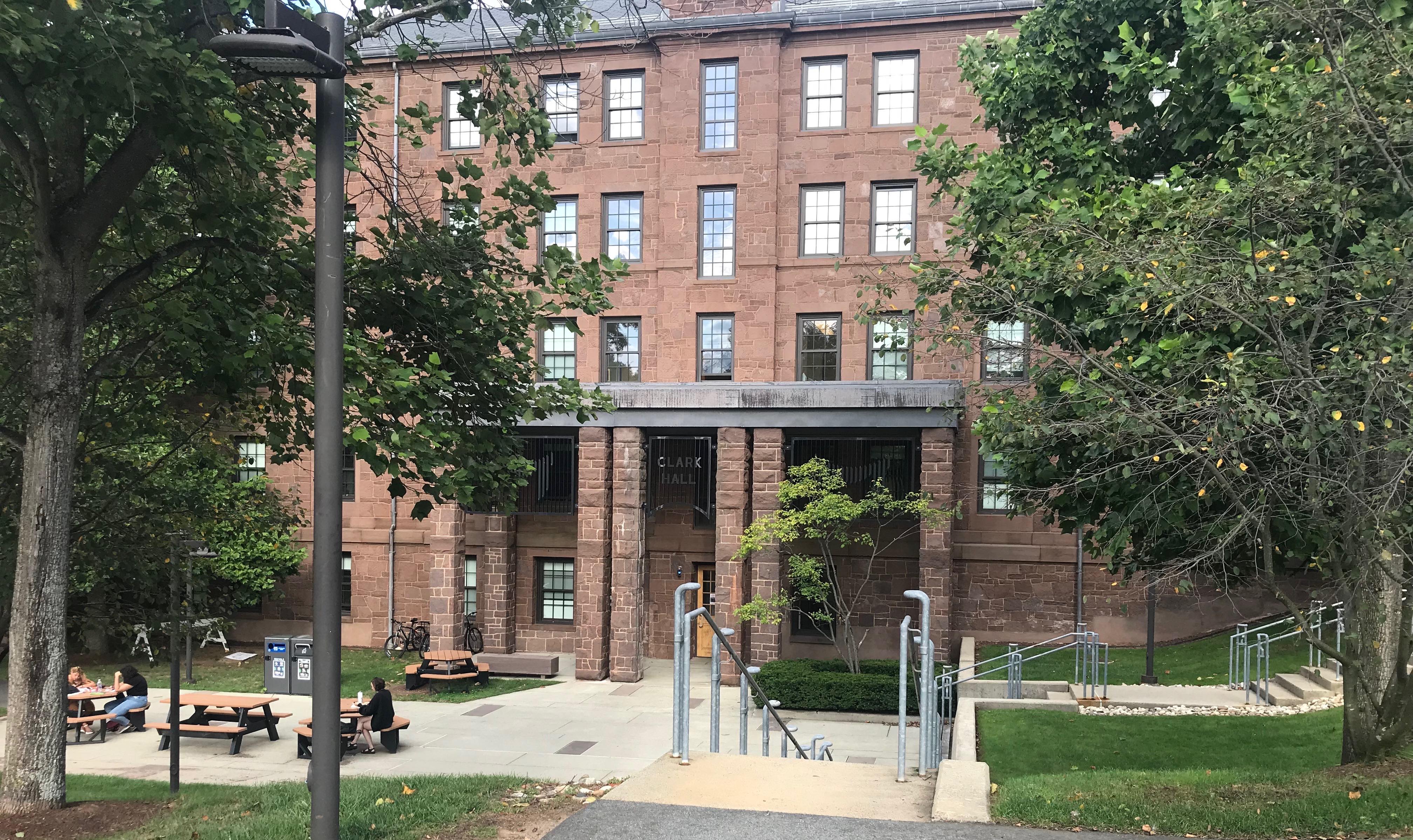 Clark Hall is one of the smallest freshman halls on campus, boasting air conditioning and excellent proximity to Exley, Olin, and Usdan. (This author is biased, living in Clark herself.) The dorms are generally pretty large, but one student commented that the dorms on the side with the stairs are significantly smaller. Furthermore, the triples are much smaller than the Butts’, and on move-in day, most people had to get rid of one of the desks to make the beds fit. On the plus side, however, the extra desks have served to spice up the lounge a bit. Clark’s bathrooms feature cubbies to hold toiletries, shower caddies, and hand towels.

When asked if she would change anything about Clark, Natalie Appel ’23 had a single complaint.

“Literally none of the windows close without two people putting their whole body weight on [them],” Appel said. 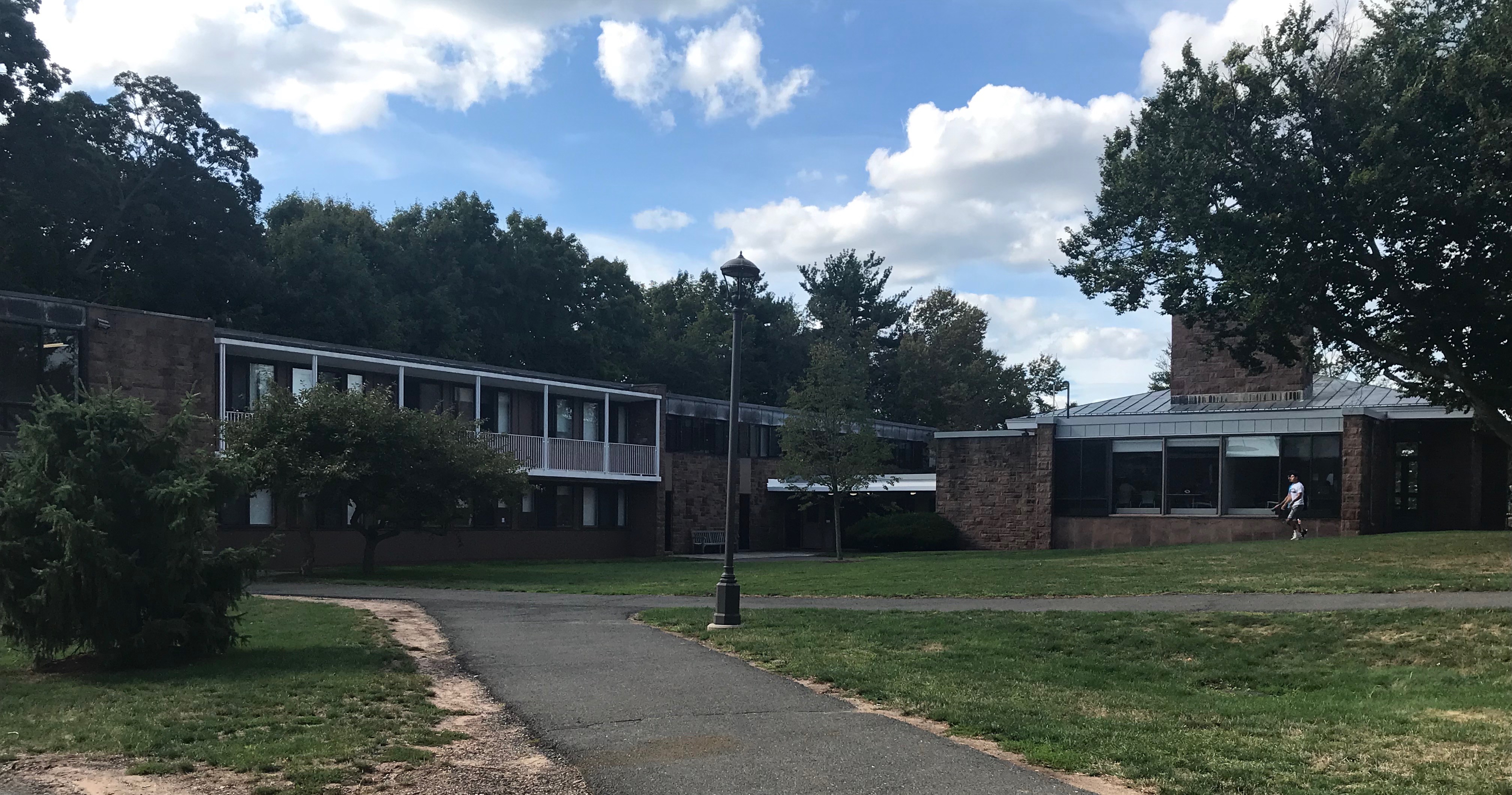 While the Nics may be off the beaten path (close to Bennet and the cemetery), it does seem to take the cake in terms of layout. It features two-room doubles that provide enough privacy, while also giving residents someone who they could co-habitate with, should they choose. This has led to most of the floors becoming close-knit, and one student says the Nics are unique because, “the people are special.” Another salient feature of the Nics: in addition to its spacious dorms, there are balconies. Should you ever get the overwhelming urge to re-create “Romeo and Juliet” or that scene in James Bond where he throws an insignificant extra off the balcony, the Nics is your place. When asked if they would live anywhere else, Alex Trufinescu ’23 stated that he loved the Nics, but because he wanted air conditioning, would prefer Bennet. Apparently, while Nics residents may not have to co-habitate closely with roommates, they do have to live with a significant ant infestation. Both, however, will eat your food without asking. 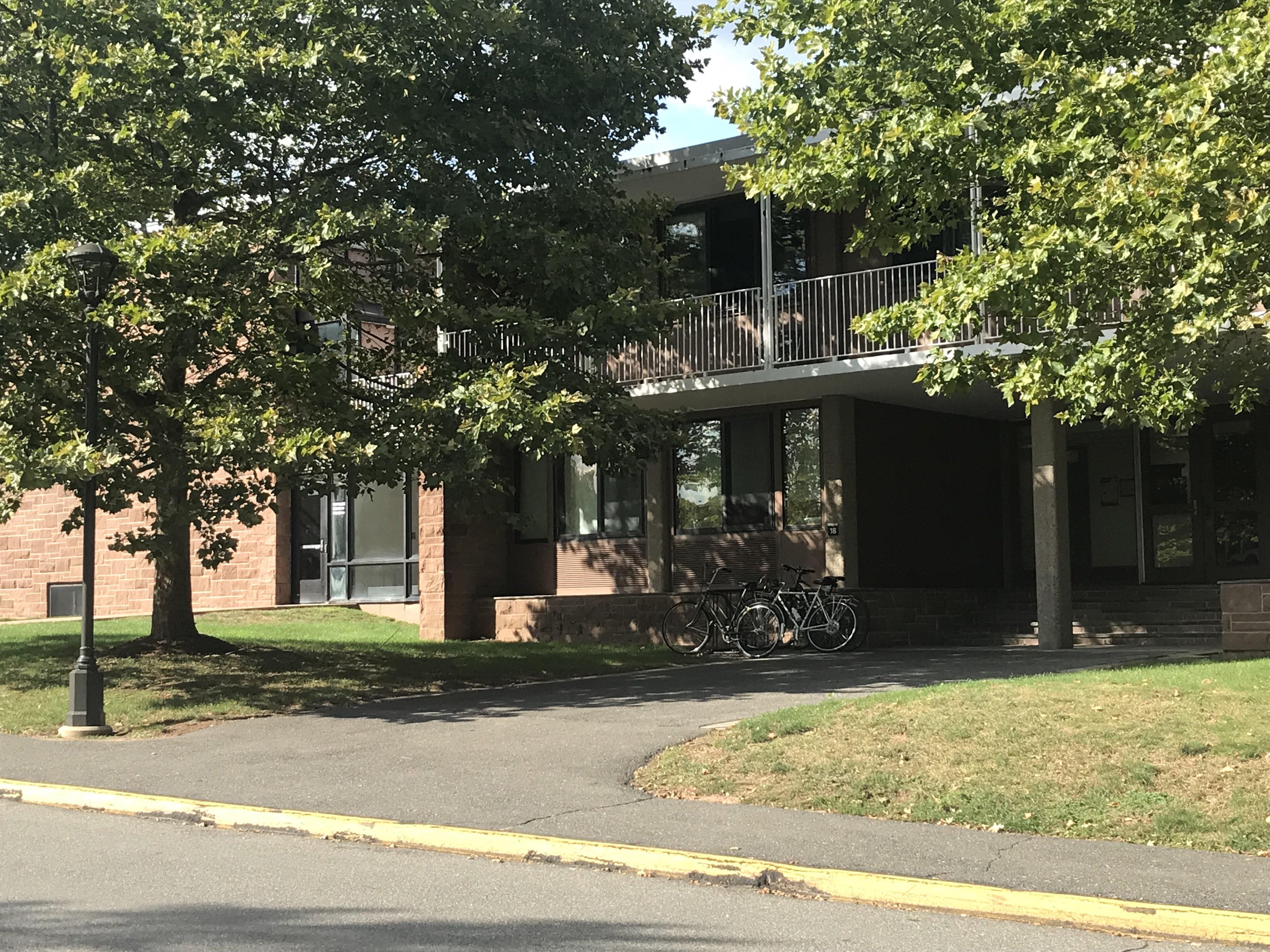 WestCo is known for its unique community values, and residents feel that everyone who lives there is happy to be a part of it. One student reports that WestCo is special because it attracts like-minded people who value its camaraderie and understand its reputation.

“People here understand what is expected from them, and we all take responsibility in changing those perspectives,” Leevon Matthews Jr. ’23 said. “Like the Nics, WestCo also sports balconies but its main feature is WesShop and WestCo café. While some may complain about the price, Weshop provides excellent food with a lot of variety. But it is not without its faults. Residents complain that the door at the entrance of the shower can’t be fully closed, and the shower system can be a little uncomfortable if two people are using it at the same time.

But generally, satisfaction with WestCo is high.

“If I could be anywhere else it would probably be Bennet, [but] then again, I wouldn’t want to leave WestCo,” Matthews said.

Katarina Grealish can be contacted at kgrealish@wesleyan.edu.