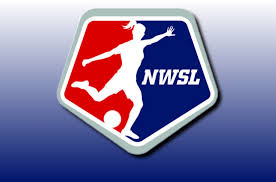 One week into my summer internship in New York, I decided to take the morning off to attend the U.S. Women’s National Team (USWNT) victory parade. I woke up at 6:30 a.m., put on my official USWNT jersey, and waited for my coworker to make her way from Bay Ridge to Battery Park. Our plan was to follow the parade route from start to finish and hopefully work up the nerve to scream “we love you” in the general direction of the players. As it turned out, the parade’s unofficial starting point was right outside of my apartment building. When I walked outside my building, I was already past security and swarmed by girls’ soccer teams eagerly awaiting their chance to board their designated floats. We somewhat creepily watched the USWNT players exit their hotel and make their way across the street. A small cheer came from the crowd each time someone exited the hotel, and of course, the crowd erupted when Megan Rapinoe’s pink hair could be spotted from across the intersection.

As we made our way through the crowd and desperately tried to end up on Ashlyn Harris’ Instagram story, I noticed posters strewn across Lower Manhattan. They declared “#WeWon’tStopWatching” and detailed the dates of National Women’s Soccer League games running through October. Despite my family’s commitment to watching soccer, I had never watched a women’s soccer game outside of the World Cup. As we reached the end of the parade and the front steps of our office, my coworker gushed about players I had never paid much attention to, and barely recognized as we watched the parade.

With these things in mind, I sat down at my desk at work and created a Google Calendar with all of the National Women’s Soccer League (NWSL) games this season. I was determined to watch the game and show my support, but I had no idea how difficult this would prove to be.

NWSL is nothing like the World Cup. In fact, watching NWSL teams without their star players after the World Cup can be soul-sucking. The first game I ever watched was the Houston Dash vs. Seattle Reign FC. Not only was I unfamiliar with all of the players (and Megan Rapinoe wasn’t playing, so really what was the point?), but the level of play was significantly worse than what I had witnessed during the World Cup. I was shocked. How could these leagues have brought players like Tobin Heath and Rose Lavelle to global acclaim? How could players reach World Cup stardom if their passes were sloppy, their ball control was at times nonexistent, and no one was in the stands cheering them on?

Watching the game remotely is hard enough. In order to watch lesser-known matchups like the Houston Dash or the Washington Spirit, you have to navigate to Yahoo! Sports. If you choose to watch this game on a laptop, the quality is usually poor and there are scarcely any advertisements, all of which are for Yahoo!; the league can’t be making much from streaming their games online. If you choose to watch this game on the Yahoo! Sports app, you might as well not watch at all, as the quality is even worse and interface is infuriating. For high profile games including USWNT players, you need access to ESPN News or ESPN2. And many high profile matches are at the same time as others. However, this is an avoidable problem considering there are only nine teams in the NWSL.

As multiple teams have crumbled and players have been traded across the country, the league has suffered. The folding of NWSL team Boston Breakers, the longest running women’s professional team in the country, was a shock to fans and players alike.

After weeks of watching NWSL and becoming a devoted fan of the Portland Thorns, I realized that my frustrations with teams like the Dash or Carli Lloyd’s Sky Blue FC came not because these teams lacked the skill of the USWNT, or even their Major League Soccer (MLS) counterparts. Rather, I was upset because their mistakes were amplified. There are only nine teams in the NWSL and 24 teams in the MLS; if two or three teams perform poorly in both leagues, they stand out. It’s therefore easy to fall into the habit of thinking that men are just better at soccer in general, even though the USWNT outperforms their male counterparts in just about every World Cup.

Last month, I was lucky enough to attend a match between Sky Blue FC and Reign FC in New Jersey. Due to post-World Cup hype, the game had to be moved to Red Bulls Stadium and garnered 9,000 fans, shattering Sky Blue FC’s attendance record. My friend and I sat behind the goal in the Sky Blue fan section. While watching the game, we were surrounded by the family members of some of the players, womxn fans clad in USWNT gear, and I even spotted a young boy with pink hair dressed in a Rapinoe jersey.

Although the game ended up a tie and showcased a very frustrated Carli Lloyd, the amount of support and energy brought a larger sense of community to Red Bull Arena. Chants for equal pay and recognition of up-and-coming rookies like Paige Monaghan signaled a shift in the culture of NWSL. People weren’t just watching. They were becoming invested, dedicated fans ready to support the NWSL despite its faults.

Alessandra Viegas can be reached at aviegas01@wesleyan.edu or on Twitter at @alysandera.