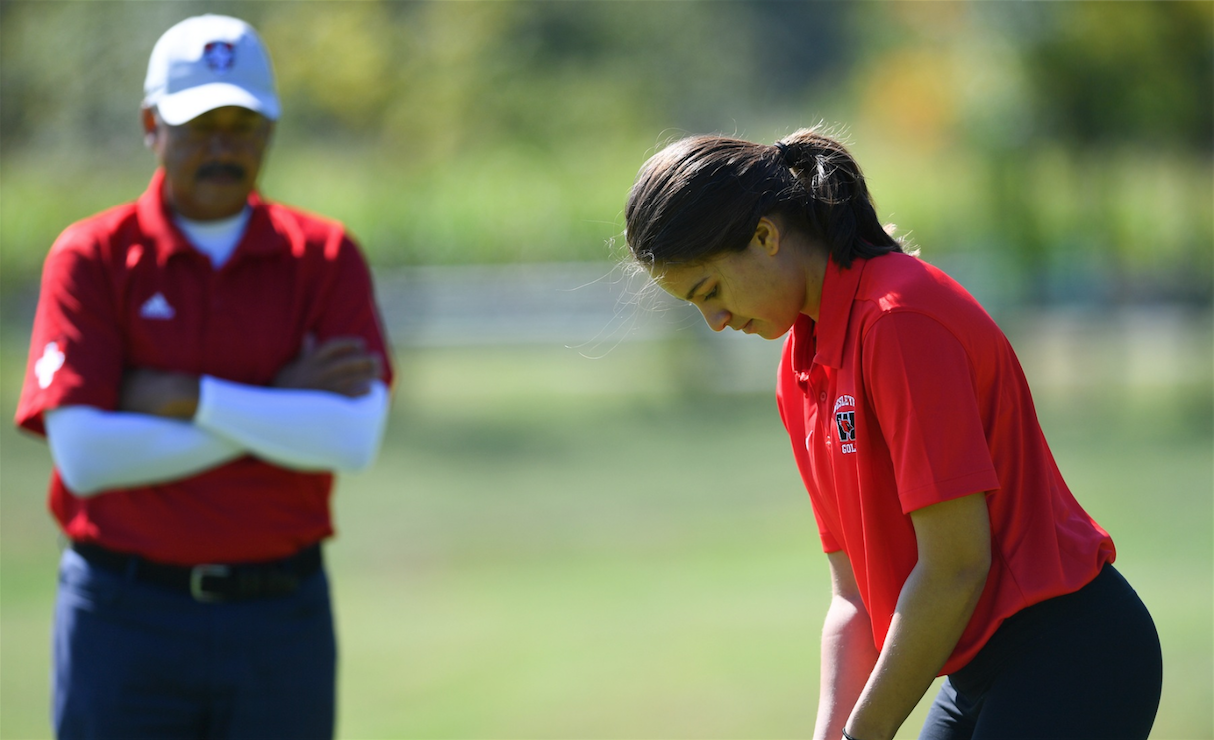 The women’s golf team is swinging into the new year with an excited outlook: This is the first year in Wesleyan history that the team will compete as an individual women’s golf team—not as a co-ed part of the golf program. It is astounding growth for the program, considering that, just three years ago, the Wesleyan golf program offered women a chance to play as part of a co-ed team for the first time. Now, the program fields a full squad ready to compete as a team.

Captain Saadia Naeem ’20 has been competing on the program since the fall of her first year. That fall was the first time the athletics department listed golf as a co-ed varsity sport, the only one at the University.

“I’m feeling excited because it is the first official season we will be competing as a team,” Naeem said. “We have enough players now so…we can actually compete as a collective team. That’s something I’ve never been able to do. It will be the first time this has happened at Wesleyan.”

In addition to the growth of the sport at Wesleyan and the expansion of the resources dedicated to it, being part of a team provides a collective experience.

“It’s nice to be able to participate with other women who have had similar experiences,” Naeem said. “That feeling of camaraderie is intoxicating, and I’m super excited for the season.”

The Cardinals sport a four-member team, including Naeem, Emma Mehta ’20, Maggie Curran ’21, and Meg Wiley ’22. Curran is new to the team but Naeem, Mehta, and Wiley are all veterans from seasons past. Naeem is hoping to be a strong leader for the team and the program in general. She has had extended conversations with Head Coach Jon Wilson about the best ways to grow this season, both individually and collectively as a team, and that leadership will prove valuable.

Wilson is in his second year of leading the women’s players and team after working with an expanded contingent of female players that started the season last fall. He is an experienced golfer in and around the Connecticut area. He is the PGA Golf Professional at Lyman Orchards Golf Center, Wesleyan’s home course, and has coached in Connecticut since 1983, including a stint at Yale University.

Naeem praised Wilson and the help he brings to the team.

“He makes golf fun and challenging for all of us,” she said. “He really pushes us to achieve both and achieve our best on the course. He’s really an inspiration and role model.” 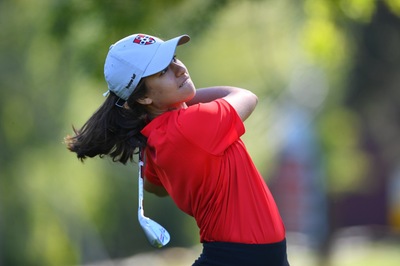 With the addition of women’s golf to the list of varsity sports that Wesleyan offers, it pushes the total number of sports up to 30 with an even 15 for men’s and women’s each. The Cardinals are the eighth NESCAC school to offer a women’s golf team as competition and participation has increased. The team laces up in both the spring and fall seasons, but the weather in the northeast in the fall is sometimes friendlier, which leads for better conditions and more consistent playing time.

Currently, the team has three tournaments on their schedule for this semester, starting with the Mount Holyoke Invitational, Sept. 21–22, in South Hadley, Mass., followed by the Middlebury Invitational the following weekend. The season concludes with the Williams Fall Classic/NESCAC Championship Qualifier at the popular Taconic Golf Club in Williamstown, Mass. on Oct. 5–6.

It’s a busy three weeks for the team, but the players are hopeful for what’s to come.

“I’m feeling really optimistic about the season and the team,” Naeem said. “I think that all of us have trained a lot over the summer, and personally, I have been putting in focused efforts to improve my game and feel more confident as the season got underway.”

The growth of the team over the past three years is impressive, to say the least, and the trajectory is positive. It only goes up from here.