“Travis Scott: Look Mom I Can Fly” Explores His Life On and Offstage 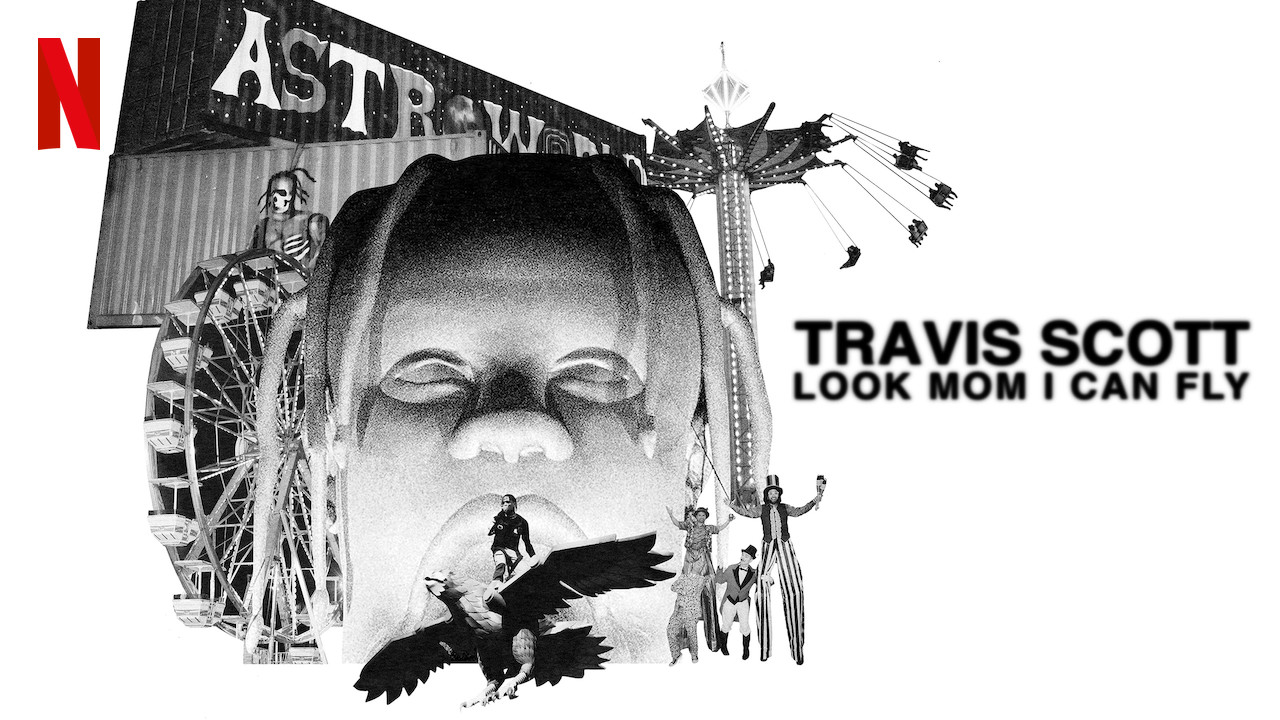 I have thought that Travis Scott was a genius ever since I saw him on “Ellen” in November 2018. Between his endearing laugh—one that sounded almost identical to a goat’s—the way he gushed about his daughter, Stormi Webster, and his humble attitude about the success of his career, I’ll admit, I was both impressed, and in love. Ever since his interview, I have jumped right onto the Travis Scott bandwagon. It was only a matter of time, since I’m obsessed with the Kardashian family and everyone in it—including Scott Disick. So when Travis Scott’s new documentary, “Travis Scott: Look Mom I Can Fly,” premiered on Netflix last week, I was more than excited to watch it.

The documentary highlights the last few years of Scott’s career, and shows never-before-seen childhood home videos of him and his family. As viewers, we get the privilege of seeing many of the highs and lows of his journey as a musician—from footage of his concert in Arkansas where he ended up in handcuffs, to the opening night of his Astroworld tour, to the behind-the-scenes footage of this year’s Grammy awards, we are truly let into his world. For someone who always seemed so private, especially in his relationship with Kylie Jenner, it feels really special that he is able to open up to his fans in such meaningful ways.

And his fans are truly at the center of this documentary. Throughout the piece, we see many interviews with fans, as well as scenes in which the cinematography focuses solely on shots of the crowds at his various concerts. We see people chasing after his car as he leaves venues, and crying hysterically while waiting in line to meet him. In the interviews, fans often claim that Scott’s music saved them, and that his fanbase feels like a family. It seems like Scott would do almost anything for his supporters, and it is incredibly endearing. One fan mentions that Scott will always notice you at a concert, and isn’t afraid to pull people on stage, or call them out by name in a big crowd. In one particular moment of the documentary, Scott is seen taking off his shoes and throwing them into the crowd for someone to keep, while the recipient looks up at him in awe, as if his life had been forever changed by this pair of Nikes. This documentary really did make me want to attend a Travis Scott concert, and I felt like I could feel the energy of his fans through the screen.

Not only do we see Scott giving back to his fanbase, but also to his hometown of Houston, Texas. There are many times that we see him speaking alongside the mayor of Houston, Sylvester Turner, at various fundraisers or schools. One of the most moving scenes in the documentary shows Scott reunited with his high school principal and school counselor, hugging them both and repeating, “You saved my life.” It was really inspiring to see this, and the scene humanized him in a way that usually is almost impossible in documentaries such as these. It was also fascinating to learn that Astroworld was actually a real amusement park at one point in Houston, and one that Scott loved to go to when he was young. The park served as inspiration for his most recent album, and Scott is currently campaigning to bring it back to the people of Houston.

Overall, though, my favorite part of the documentary was being able to see the small parts of Scott’s life, such as his reaction right after he lost the Grammy awards, or even scenes as simple as buckling Stormi into her car seat. These scenes balanced out the entire piece, and gave the audience insight into what all aspects of his life may look like.

Of course, in large part, many people tuned into this documentary in hopes of getting a small glimpse into the lives of the Kardashians. And that’s the only thing that we get—a small glimpse. We barely see anyone besides Kylie, and we never hear her talk. However, we do get some never-before-seen footage into Stormi’s birth, and the delivery room. He appears to be an extremely loving father, and you can definitely see the similarities between Stormi and Scott as a child. Scott is a doting dad, and he and Kylie’s relationship is beautifully portrayed.

However, no documentary is perfect. Surprisingly, my one major qualm with this documentary were the Kardashians themselves. His link to Kylie may have led many to watch in order to find out more about her family. And those who did may have been disappointed when they realized that they were not the focus of the documentary. While I admit that it was fun to try to spot the sisters throughout the piece, Scott deserves more credit as an individual, and especially as an artist. He’s incredibly talented, and the Kardashians shouldn’t be credited with his fame, or anything related to his musical mastery. The documentary would have been enriched had it solely focused on Scott, rather than offering the occasional glimpse into the lives of the Kardashians. Additionally, it was also slightly scary to see the way some of his fans behaved at concerts; we saw many people get trampled, or even pass out in the crowd. In no way is this Scott’s fault, but it was unnerving to see this happen so intensely and frequently on camera.

Whether you’re a Travis Scott fan or not, “Travis Scott: Look Mom I Can Fly” is an incredibly beautiful piece. It’s a documentary that people from all walks of life can find meaning in, which is rare for a celebrity biopic. The next time you’re thinking of turning on an episode of “Keeping up With the Kardashians,” watch this instead; I promise you will not be disappointed.