“We Want Excellence”: Wesleyan Coaches Seek High Performance On and Off the Field 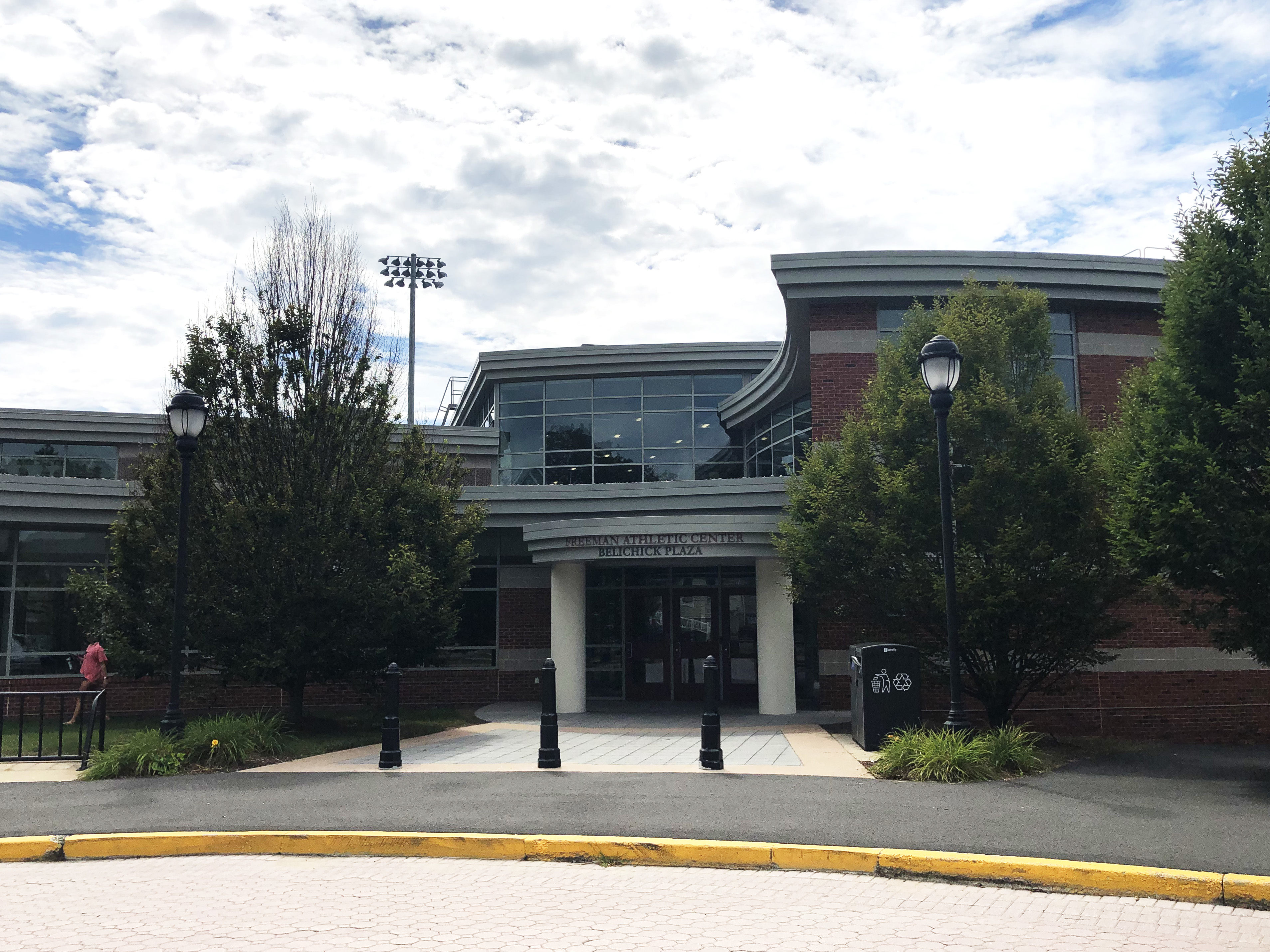 Junior year of high school is infamous for its SAT and ACT doom, more challenging AP, IB, or honors courses, and the beginning of what seems like the never-ending stretch of the college process. Yet for juniors interested in playing sports at a competitive collegiate level, the stakes are high outside the classroom too.

Over the course of an athlete’s junior year, they start to compete in tournaments, camps, and clinics. Coaches from teams across the nation come watch, and offer players information about their school if they’re interested in having them join the team. Students begin emailing coaches with their stats to demonstrate their interest. A line of communication opens up: email, phone, text, and maybe even an unofficial campus visit their junior spring.

“There are specific NCAA and NESCAC rules about the type of contact and how substantive the conversations can be depending on the location and time of year,” University Head Tennis Coach Mike Fried explained.

Out of all of Division III, the NESCAC has the most self-imposed restrictions on recruiting. Unlike coaches from other colleges, NESCAC coaches cannot go into high schools and talk to anyone, whether it be athletes or school staff, about the recruiting process.

What they can do is go to athletics recruiting camps, which are showcases for high school athletes hoping to get college coaches to notice them. Often, these camps aren’t specific even to NESCAC recruiting; rather, an Ivy League school hosts them to find their future athletes.

“That helps us, because we’re looking at kids that are great student-athletes that want to go to the Ivy League,” said University Head Football Coach Dan DiCenzo. “But for some reason or another they’re a little shorter, a little slower…. We end up getting a really good player. They just fall a little short of what [the Ivy League] is looking for.”

The NESCAC offers more than just a safety net for athletes falling out of the Ivy League recruiting circuit. Ivy League schools offer Division I athletics, where playing a sport for the school is an athlete’s top priority. The NESCAC, on the other hand, offers Division III athletics. While the competition is still rigorous, an athlete’s college career is focused much more on a balance between academics and athletics.

This balance is enforced early on in Wesleyan athletics, where athletes must meet a high academic threshold to even be admitted to the school.

“It’s gotten more difficult every year to find kids who meet the threshold,” Athletic Director Mike Whalen ’83 said. “That’s a credit to our coaches and our admissions. They’re able to work together and find an athlete who will come here and first and foremost to get an upstanding education, and then compete in the highest level of competition at the DIII level.”

Student-athletes interested in Wesleyan will submit their academic information to the admissions office to see if they meet this threshold. This submission, deemed an “academic pre-read,” happens before the official application season.

“Over the course of the summer I had to send my official transcripts, my SAT/ACT scores, my school profile, and my [swimming] times to get read by admissions,” explained Yaiza Kinney, a current sophomore on the Wesleyan swimming & diving team.

Once admissions looks over this profile, coaches can tell their athletes about their chances of getting in.

“I equate it to a stop light,” Whalen said. “Red light means it’s not going to happen, you should encourage the kid to look at other places. Yellow light means they’re in the ballpark, but there may need to be retesting. They may need to add another challenging course to their schedule. There’s something not quite right. Green light means everything looks good. This is a kid that Wesleyan is very interested in. As long as nothing happens negatively in between their summer and their senior year, and they do well on their application…then it’s probable that they would be a strong candidate in the Early Decision I process.”

Alexa Code ’20, a former member of the swimming & diving team, was given a verbal “green light” on October 15, 2015: almost half a month before the Early Decision I application deadline her senior year.

“[The coach] told me I would be able to get in even before I sent my application in,” Code said.

Despite these verbal “green lights,” no athlete can be absolutely sure they’ll be coming to Wesleyan the next year until they get an official acceptance from admissions.

“It’s not a situation where athletics dictate who we’re going to take,” Whalen said. “The best place to start is recognizing first and foremost that, no matter how talented a student-athlete is, they have to have the academic credentials. We’re trying to find the best student-athletes we can…ones that can come to Wesleyan and thrive here academically and athletically.”

The intersection of athletics and academics—and the focus on “student” as well as “athlete”—allows many student-athletes to thrive in the classroom just as much as their peers. Last year, 80 students were elected into Wesleyan’s Phi Beta Kappa chapter. Nearly a fifth of these students were student-athletes, and just under one-fourth of students participate in intercollegiate athletics, according to the University’s Office of Institutional Research. Six of the 14 student-athletes elected to Phi Beta Kappa had served as team captains the same year.

The balance also allows these student-athletes to take part in the community and resources Wesleyan has to offer. Team members double major, study abroad, act as teaching assistants, hold work-study jobs, perform in theater and dance, or even edit for The Wesleyan Argus.

The focus on academics and athletics is emphasized in Division III sports, but even more so in the NESCAC. The NESCAC restricts teams from official practices with their coaches during the offseason; this means athletes may have considerable time away from practice to focus on academics and other extracurriculars. It also means that it’s important to recruit athletes already competing at a high level of play.

“It’s very hard to turn somebody who’s playing at a—to use a cliché—one-star level into a four-star level in a year or two with the balance that we have between athletics and academics and the set up of athletics at Wesleyan,” Fried said. “Yet our competition is recruiting four-star and above athletes and recruits. It puts that much more significance on being able to find the right level player and the right level people.”

It’s a matter of finding athletes who not only fit the bill academically, but also athletically. Every team has different needs; many coaches also have to take into account what their squad needs positionally in the upcoming years. DiCenzo’s football team recruits for over 11 different positions; Fried looks for players on both the men’s and women’s teams, and needs both singles and doubles players.

“The University as a whole should be really proud of what our coaches have accomplished,” Whalen said. “You can be the best coach in the country, but if you don’t have student-athletes who are willing to work and push for excellence, you can’t compete in this conference…. We want excellence. We want to be doing it at the highest level. Whether that’s in the chemistry lab, in the theater, in dance, in athletics. We want to provide the best overall experience we can.”