How ”John Wick” Introduced the World to John Wick 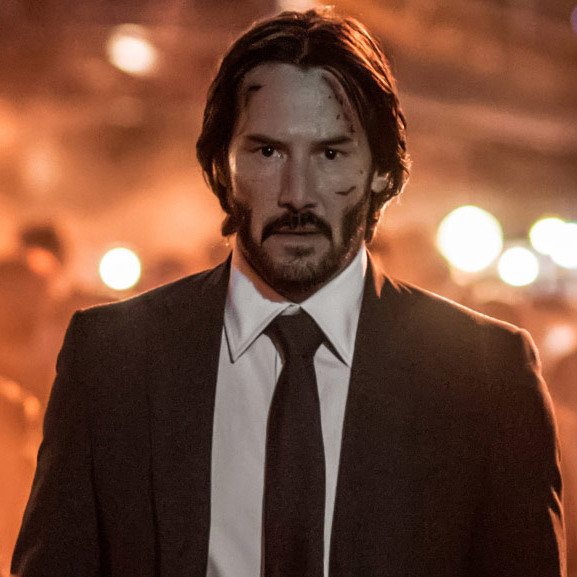 In honor of “John Wick: Chapter 3–Parabellum” opening in theaters on May 17, The Argus has decided to reflect on the original film in the franchise, 2014’s “John Wick.”

Much has been written about the remarkable fight choreography of “John Wick,” but less about its screenplay. This is perfectly understandable: Directors Chad Stahelski and David Lietch drew upon their many years of experience as stuntmen to craft exhilarating action sequences, which unfold with long, unbroken takes, allowing the audience to watch every stunt unfold in real time; it’s not a generic revenge flick about a retired assassin, but something far more exhilarating. So it’s no wonder the film’s action sequences draw so much attention. But, consequently, the film’s smart storytelling has been largely overlooked. A big reason why the film works so well is how it introduces its titular protagonist.

“John Wick,” begins with a brief prologue. It is nighttime, and we watch as a beaten-down car crashes. A man in a suit stumbles out of it, badly injured. He pulls out his cell phone (similarly beaten up) and watches a video of himself and another woman (Bridget Moynahan) having a romantic walk on the beach, just before he passes out. The film cuts to a montage of a bearded Keanu Reeves watching the same woman collapse, be hospitalized, and eventually die. It is clear, at this point, that the man in the car crash is John Wick, that the woman in the video was his wife who died by the point of the crash. Chronologically, the crash appears to happen well after Wick’s wife’s death. We do not know much about Wick, but we do know that he is condemned to a tragic, violent fate.

As it turns out, before her death, Wick’s wife paid for a puppy to be delivered to John, set to arrive at their house after her funeral. (In a movie franchise about an underworld of assassins with their own currency and hotel chain, maybe the least believable plot thread is that someone could pay for a puppy and have it delivered after they die.) Wick and his new dog, Daisy, bond; Wick drives his vintage mustang around. There are a solid 10 minutes or so of the film, which promises to be an action movie, where the camera watches Keanu behave like a depressed hipster. Somehow, it all works, demonstrating the grief that Wick is experiencing and justifying why he’ll soon go on a revenge spree.

The cause of his quest for vengeance, too, is a small stroke of genius. Wick isn’t trying to avenge his wife, as she’s already passed. Instead, he avenges the puppy she gifted him. The film’s narrative begins in earnest when a group of mobsters break into Wick’s home, stealing his car and killing Daisy in the process. The detail that it’s his dog, not his wife, whose death provides the perfect pretext for Wick’s forthcoming killing spree. There are few things more devastating than the death, let alone the murder, of man’s best friend. It is thus impossible not to root for Wick as he fights to avenge his dog.

But the best introduction to Wick, and his prowess as an assassin, comes later, in an understated scene. It’s not even in the scene where the head of the Russian crime syndicate in New York, Viggo Tarasov, tells his son Iosef, the man who killed Wick’s dog, that Wick isn’t just a retired assassin, he’s the best assassin there ever was. (Michael Nyqvuist, who plays the Russian mobster, sells the hell out of the line, “[Wick] wasn’t exactly the boogeyman…. He’s the guy you send to kill the fucking boogeyman.”)

No, the scene which best hints at Wick’s capabilities is an earlier one. Viggo speaks, over the phone, to a car dealer who punched Iosef in the stomach for trying to sell him Wick’s stolen car. At this point in the story, Viggo’s identity (as both crime lord and father of Iosef) have not been revealed. The Russian mobster is filmed from behind; we cannot see his face, only his imposing stature and luxurious suit. But these details, along with his deep, growling voice, are enough to suggest that this is a powerful man, one who is not to be crossed. When the car dealer tells Viggo that Iosef stole Wick’s car and killed his dog, Viggo has one simple response: “Oh.”

His shock and fear at the repercussions of Iosef’s decision are demonstrated with a single word. Viggo, this seemingly powerful man, has been brought to his knees by the mention of one man’s name. We haven’t yet seen Wick in action, but Viggo’s one line of dialogue tells us all we need to know about him: John Wick is one scary guy.

“John Wick” succeeds in large part due to its terrific fight choreography, but the introduction and re-introduction of the titular character adds to the thrills of action scenes. We are told, from the beginning, that Wick is a powerful, scary figure. When we finally see him fight, his actions meet our expectations. Wick isn’t the most deeply written character, and he could’ve easily been a one note, generic movie assassin. But due to his skillful introduction, he’s one of the most memorable protagonists of any recent action movie.