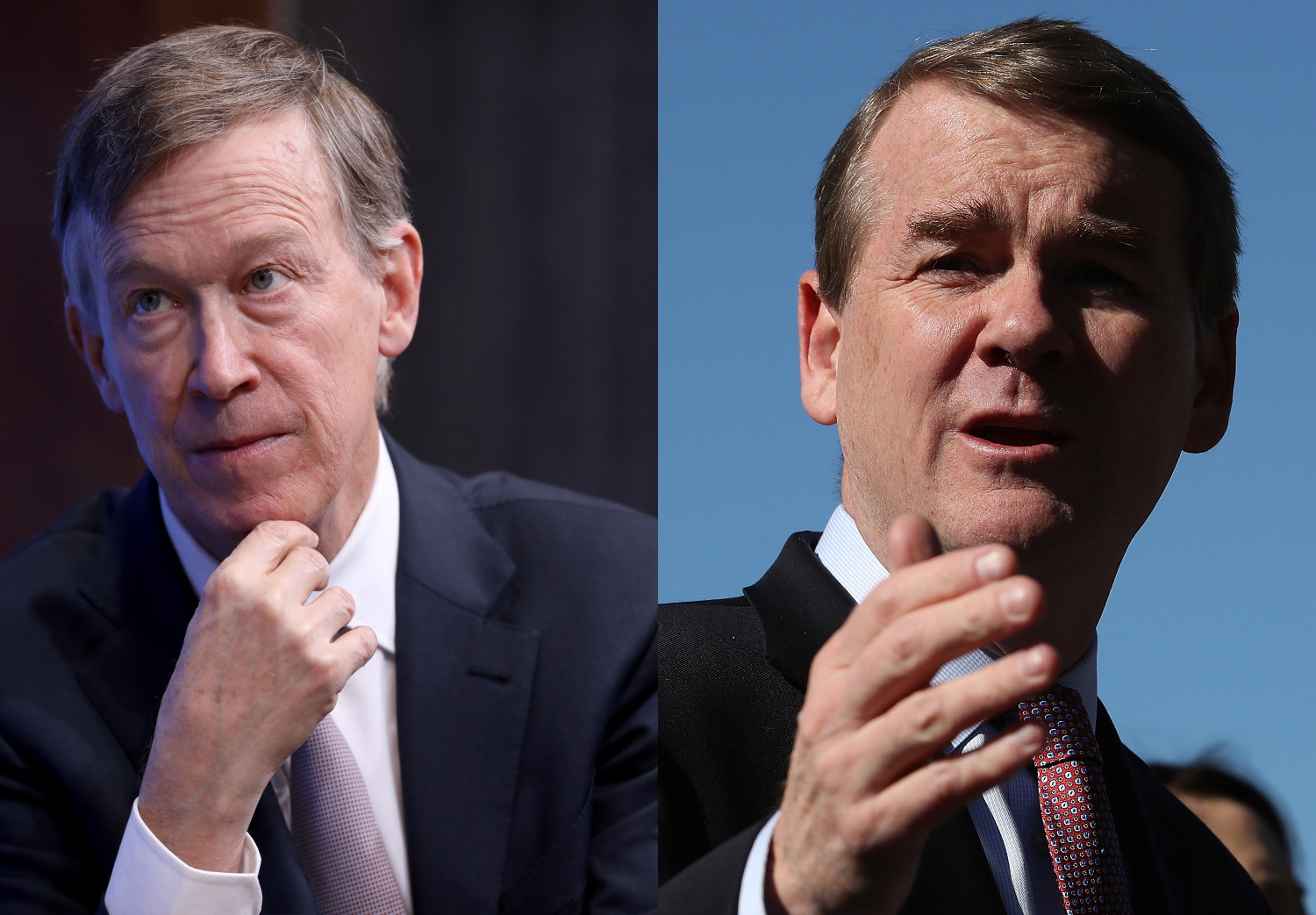 As a student at Wesleyan, Hickenlooper studied English and Earth and Environmental Science. After graduating, he went on to receive his master’s degree in geology from the University in 1980, and worked for an oil company, Buckhorn Petroleum, until 1986, when the company was sold and Hickenlooper lost his job. Hickenlooper then opened up a brewery in Denver, called the Wynkoop Brewing Company, which, he notes, allowed him to engage with the local community and introduced him to local politics. Hickenlooper was elected as Mayor of Denver in 2003.

A New York Times article published at the time of the election explains the ideology behind Hickenlooper’s mayoral campaign.

“Mr. Hickenlooper’s appeal to voters has come largely from his feisty campaign style and a strategy to sell himself as a fresh-faced political newcomer, a candidate with new ideas for lingering problems,” the article reads. “He has pointed to his background as an out-of-work scientist who built a chain of restaurants and worked for nonprofit groups to convey his grit, management skills and community spirit.”

Bennet, the 21st Democratic candidate to enter the presidential race, was a history major during his time at Wesleyan. His father, Douglas Bennet ’39, was the 15th president of Wesleyan, preceding Michael Roth ’78. During Bennet’s time at  Yale Law School, he served as an aide to then-Ohio Governor Richard Celeste. Bennet was named superintendent of Denver Public Schools in 2005, and then, in 2009, filled the Colorado seat in the U.S. Senate formerly held by Ken Salazar. In 2010, he was elected to the seat for a full term, and then reelected in 2016 for a second term.

“The greatest challenge right now is really skills,” Hickenlooper asserted. “The last Department of Labor Information showed that there are 7.2 million unfilled jobs, and only 6.3 million people looking.”

Bennet’s 2020 presidential campaign focuses on two key issues: economic mobility and restoration of faith in the government. In an interview with MSNBC’s Rachel Maddow, Bennet noted that diversity of ideas, from both sides of the aisle, need to be prioritized.

Jacob Snyder ’19, who is a relative of Bennet and has previously worked on his campaigns, is currently an unofficial staffer for Bennet’s campaign and is planning to volunteer officially this summer. Snyder notes that Bennet’s Wesleyan education has informed his ability to look at political issues from a diversity of issues.

“He really sees Wesleyan as shaping his approach to creating opportunity, which is a big part of his campaign,” Snyder said. “We go to a liberal arts school, so we take sciences and we take humanities and social sciences, and that allows us to think critically about any challenges we’re facing, so we can come at it from a bunch of different perspectives. And that’s kind of epitomized in Michael, because prior to the Senate, he was the superintendent to the Denver public school system, and before that, he did a lot of work in business. So [with] those experiences at Wesleyan, and the liberal arts experience, he’s able to tackle whatever challenge he sees in the senate—and while we’re in his campaign—from different perspectives, because of the experience he has doing that.”

Synder notes that he appreciates Bennet’s focus on unifying the country, rather than dividing it.

“He talks a lot about being a pragmatic idealist, and Michael Roth [’78] talks a lot about being a practical idealist, so I just think that at a time when we are so divided as a country, we really need to find similarities and connections amongst everyone, rather than the differences,” he explained. “And I think Michael is the best person for that.”

Snyder’s campaign work will be focused on ensuring Bennet gets on the debate stage. Snyder explained that candidates need 65,000 individual donors to qualify for stage-time, and this, he says, is the first challenge.

In general, Snyder believes that both Bennet’s and Hickenlooper’s Wesleyan connection will aid their campaigns.

“The fact that there are two Wesleyan alums, with their Wesleyan spirits, trying to tackle this seemingly impossible task isn’t surprising to me,” Snyder added. “It reeks of Wesleyan.”