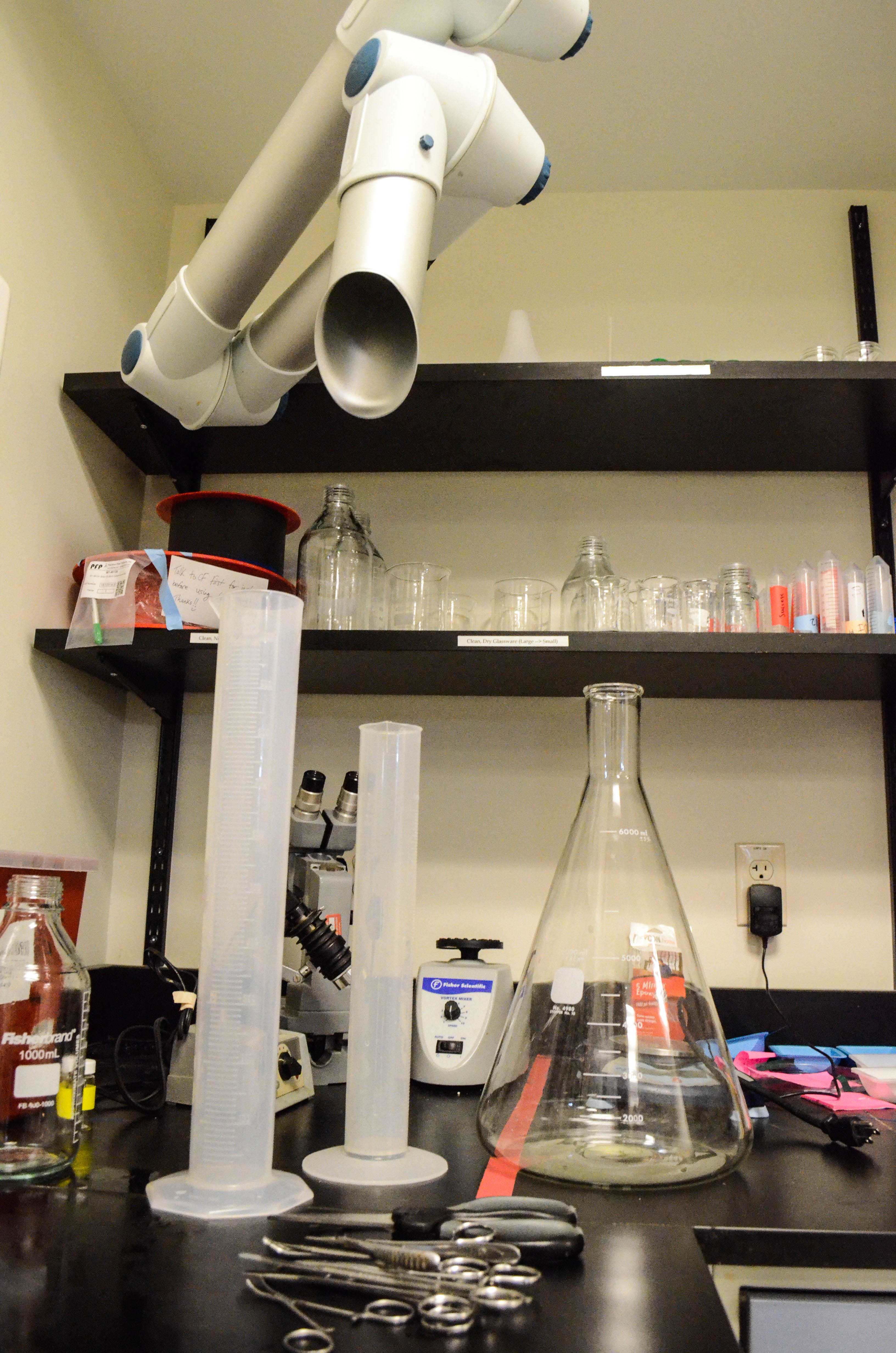 A new program called IN-Reach will be implemented this summer, recruiting high school students from local schools to work in University research labs. The program, founded by Melisa Olgun ’20 and supported by the Jewett Center for Community Partnerships (JCCP), the McNair Fellowship, and the NSM Coalition, will emphasize recruiting minority, first-generation, and low-income students. These students will be exposed to the workings of research labs in an effort to demonstrate the process of scientific research, as well as give students relevant experience in the scientific areas that interest them.

“Something like this is really special, because you’re giving that student that opportunity to see what science is like, and it’s an exposure that they otherwise wouldn’t have gotten,” Olgun explained.

The program will run from June 17 to July 29, which is the last day of the Wesleyan Science Research Program, a summer research program for University undergraduates working in University labs. Students will be paired with a lab and a mentor and will be required to work in their respective labs for at least two hours a week, but they will have the option to increase their hours per week if their mentor agrees. Students will be expected to follow a regimented schedule and keep track of the work they are performing for the lab. The work will vary based on the specific research, but Olgun notes that she wants this experience to provide an authentic taste of lab work.

“I do want this to be a more natural exposure to what science is like,” Olgun noted. “This isn’t going to be exciting at all times, but this is good experience to see what research is like.”

After coming up with the idea for the program, Olgun applied for and received the Student Innovation Fund from the JCCP. She is using the money to hire a student to design flyers and literature about the program, as well as offer end-of-the-summer gifts to students and pay for any expenses along the way.

Olgun emphasized that she wants the program to be as accessible as possible. IN-Reach will not require students to submit their GPA or transcripts. Instead, the program will ask teachers to nominate interested students for the program, and students will also be able to go to the teacher to ask for a nomination. Teachers will then email Olgun directly with information about the student and their recommendation.

“There’s no GPA cap, there’s no ‘You have to be the top of your class,’ you don’t have to be valedictorian, salutatorian,” she explained. “I think that’s one thing a lot of different science programs around the U.S. for lab shadowing do, but I don’t want that to inhibit what might just be an average student, who want to see what science is like, and be cut off from something like that.”

Recruitment of both students and mentors is underway. As of May 2, eight professors with research labs have agreed to host students for the summer. The labs, Olgun notes, range across a diverse array of sciences, and Olgun will endeavor to pair each student with one of the labs that most aligns with their scientific interests. Olgun has contacted undergraduate student researchers who will be working in the labs, noting that the high school students as a part of the program will shadow them to learn more about the process of being a student researcher.

The process of recruiting schools is also currently ongoing. The Director of Upward Bound Math-Science (UBMS), a University summer experience program that prepares local students for college, Miguel Pelarta is currently reaching out to contacts that UBMS maintains with local schools, in order to recruit students to join IN-Reach. Pelarta noted that he has held discussions with teachers at Middletown High School that were met with enthusiastic response, and there are plans underway to engage other schools that UBMS works with in Meriden, Connecticut, including Maloney High School and Platt High School.

“We will also promote this to our own UBMS students, as this will present [a] great learning opportunity to be/work in a lab for our students who may be interested,” he explained in an email to The Argus.

UBMS focuses on engaging low-income and first-generation students in math and science. Pelarta notes that these goals align with the goals of the IN-Reach program.

“It ties into our vision of exposing our low-income and first-generation students to research and STEM fields—many of which wouldn’t have access to an opportunity like this,” he wrote.

Associate Professor of Chemistry and Environmental Studies Erika Taylor also aided in the design of the program, notably by connecting Olgun with specific faculty members to ask if they’d be willing to participate in the program, as well as offering general advice. Taylor is the Faculty Director of the McNair Program, as well as the founder of the Girls in Science program, which runs over the summer. Both of these programs are part of a wider swath of University programs—including IN-Reach—which aims to provide services for low-income and first-generation students, specifically with regard to their progression into post-secondary education.

“I am a strong supporter of the program, and I am trying to work with her to identify funding sources so that we can help ensure that the students not only get to shadow and see what research looks like, but that we might be able to provide some research funds for faculty members to help ensure that the high schoolers participate in the research as well,” Taylor wrote in an email to the Argus.

Olgun explained that the idea for the program came from her own experience as a first-generation student interested in the sciences and lack of access to high school research programs. Olgun explained that she would have benefitted from a program such as this one.

“My hope is that a student will have something to put on a resumé—I think that that’s something that’s really important when it comes to college applications—but more so, to give them an idea of what it’s like to do science research,” Olgun noted. “I stayed over the summer last year, and one of the things I realized is ‘Wow, this is actually really slow-paced, it’s not actually as quick as I thought it would be.’ And so there are lulls, and there are times when you’re just processing data for five days, and you don’t realize that that’s a thing. And so, it’ll be cool for students to get that feeling, to know if this is something that they’re interested in.”