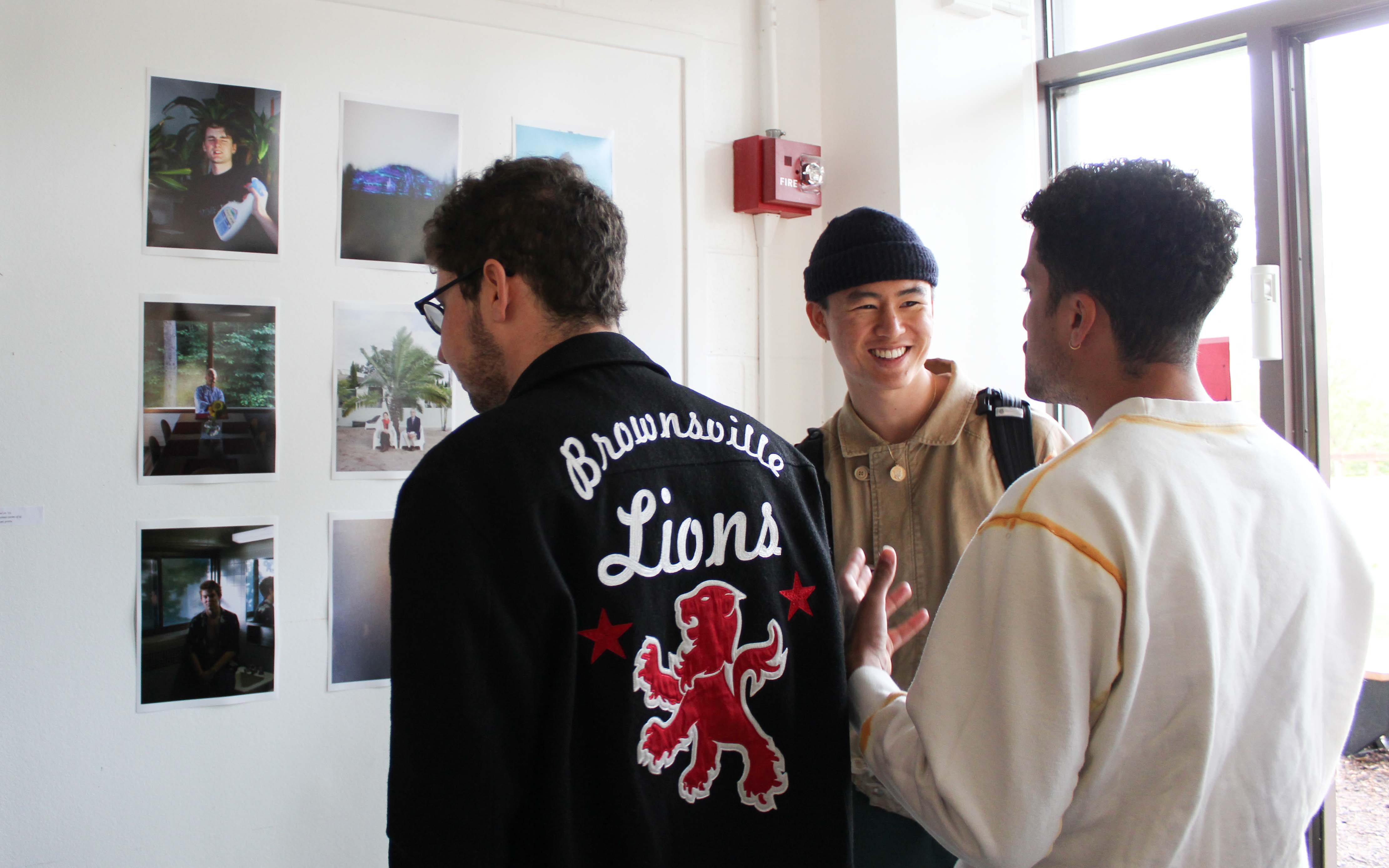 The Argus: So, how long has the Ankh been doing an annual exhibit?

KF: This is actually only the second year that we’ve done it. I started working with the Ankh at the beginning of my freshman year—I’m a senior now—and it’s always been an idea that’s kind of been floated around, because a lot of times we feel that with the art we publish, the print publication doesn’t always do it justice, if it has to be scanned. Also we know that a lot of people either do more sculptural art, or create film or video or other stuff that doesn’t work as well in a print publication, and I think that in the Ankh’s transition in the last few years to wanting to be more of a promoter of events, and being a group of people who create spaces for people to come together and be in the same room, that was part of the idea behind the gallery.

PM: Gatherings are very important to us. Our openings are never about art. There’s a sense in which the art takes on a secondary role, and it’s really about the beverages and food we serve, and we had music and student artists playing. It’s about coming together and celebrating art, and having that space. 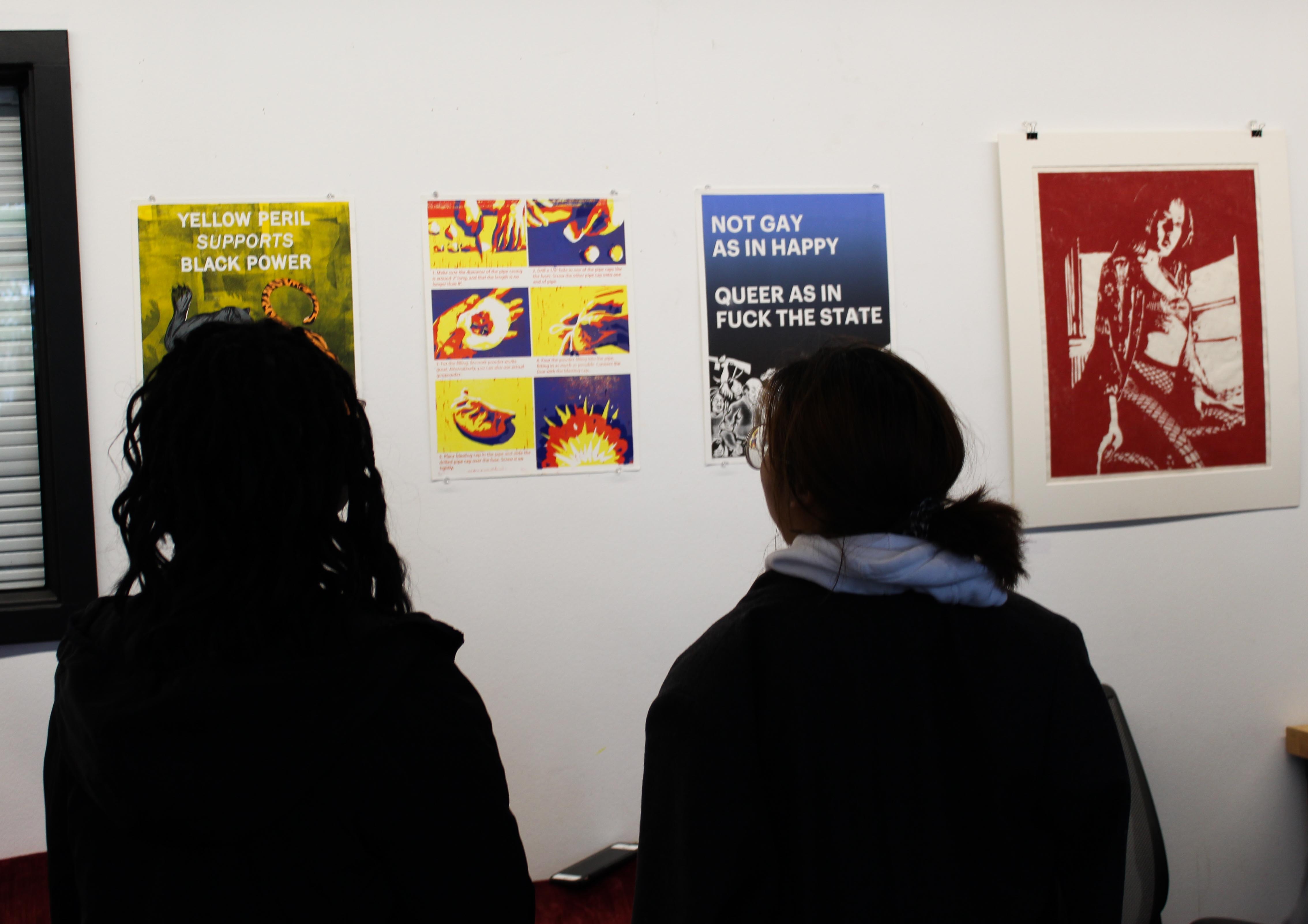 A: How did the Workshop become that space for you?

KF: We wanted something that felt relatively informal.

PM: Something less institutional. And they’re great collaborators, so supportive of this happening.

A: What was the process of working with people and curating the exhibit like?

PM: I mean, people are busy, and so we’re really good about reaching out to people who we know are artists, and the Student of Color art community on campus is just microscopic in general, so it’s really intimate, and we kind of know our frequent flyers of people who we want to include.

KF: And I think it’s a range of people who are creating work and actively looking for spaces to display it—we had some people who were doing work for their thesis that wasn’t a Studio thesis, or people who are working on projects in other studio classes, that they just wanted a space to display it in—and then there are people who don’t maybe think of the art that they are doing as pieces that are made for a gallery show, and I think what we wanted was a space that was open and informal enough that it could do all of these things.

PM: Yeah, from doodles and little zines that people make in their free time to thesis work.

A: Do you feel like there were any themes or aesthetic concerns that tied the pieces together?

PM: Interestingly enough, in the old Ankh manifesto, in all the issues it says “We ask that all submissions fulfill at least one of our criteria: that it be by, for, or about people of color.” So I think there’s a sense in which that is present in the work; it’s always one or some of those things, always by people of color, but there’s generally an engagement with identity that happens in a lot of the work…an engagement with history, identity, diaspora, and as people of color coming to see the show, with what that does for other artists, other people of color in the community.

KF: We had three different multimedia video-based submissions this year, which was really cool, because last year I think we had one. This year we were able to set up the back room, and have it be three different people’s video projection multimedia projects, which was cool to see because I think that’s a huge goal of what we were trying to do with the space, was to show something that can’t be printed and can’t even be put on our website really. One of them was very intentionally interactive. 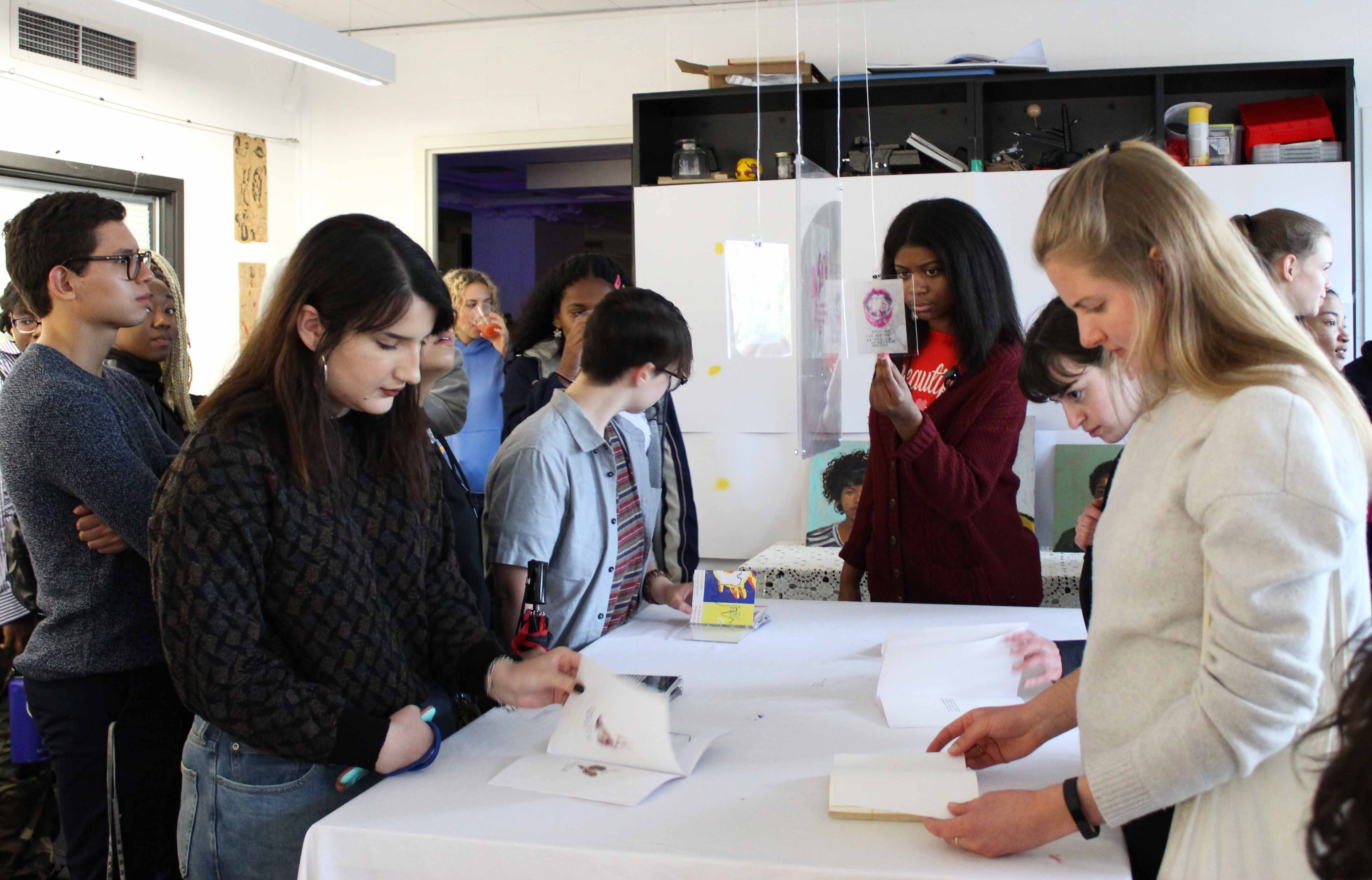 A: Anything else to add about goals for the future?

KF: As a graduating senior, I would love to see this become something that is just as much of a staple for the Ankh as our bi-annual publication.

PM: Yeah. I’ve been in touch with some folks at the CFA, and I know it’s really institutional, but I think they’re really trying to support more CFA-student body crossover, so hopefully that will be something that happens in the future, making CFA gallery spaces more accessible to students. And just having more of a solid community and such—getting more people involved in a way that’s not just submissions-based, but more people working on it, also. And this gallery is one of those things that kind of hopes to replace the wine and cheese of the conventional gallery with jerk chicken and soda, and jazz with trap music.