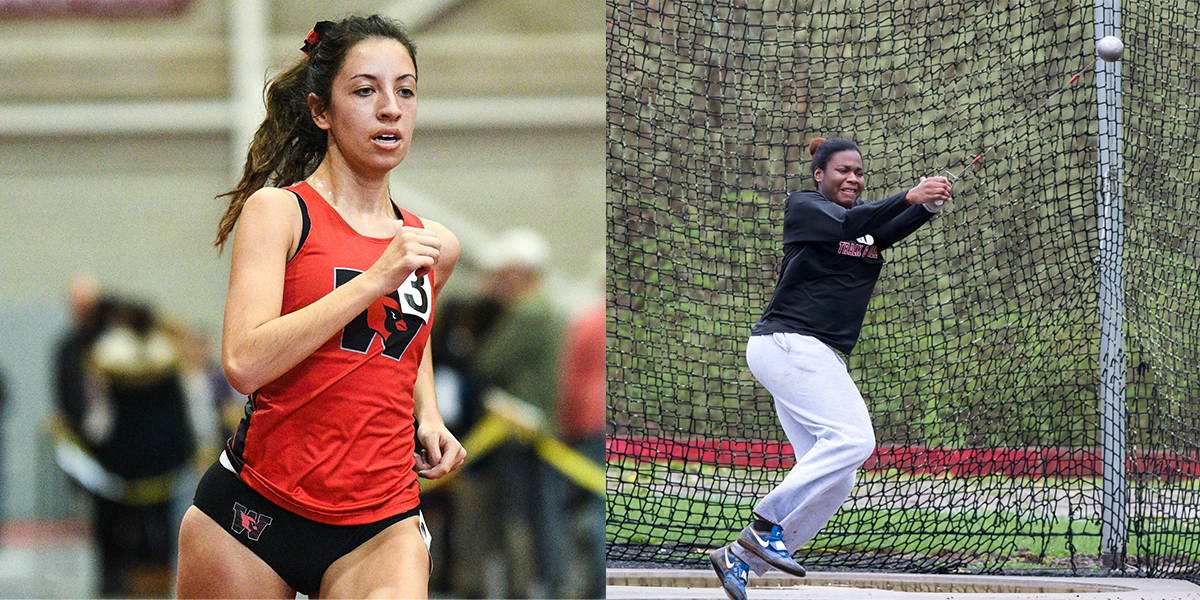 With finals on the horizon and graduation less than a month away, spring sports are wrapping up their regular season competition, either moving forward into competitive ’CAC postseason play or packing up their equipment altogether to end their spring runs.

After months of long, wintry indoor meets and now outdoor competition, track and field took their talents to Middlebury this weekend to compete in the NESCAC Championship. The Championship was the team’s last April competition before the New England Division III Championships in early May; in order to compete in the DIII meet, athletes need specific qualifying times in their NESCAC races.

Racing in Vermont this past weekend, the Cardinals weren’t able to break the top half of the ’CAC ladder. The women’s team placed ninth out of the meet’s 11 competitors, tying their efforts from last season, which were a step up from their tenth-place finish in 2017. While maintaining their ninth-place spot, the team’s finish was still a fall from the 2016 season, when the team’s seniors, then just baby first-years, took seventh place.

The men’s team fared slightly better, returning to Middletown with a seventh-place honor. This was a significant improvement from last year’s ’CAC Championship, where the team fell to the last slot. The year before (the 2017 season) the Cardinals remained toward the bottom in tenth, while the 2016 effort tied with this season: a seventh-place finish.

In both the men’s and women’s NESCAC arenas, just a few of the 11 NESCAC teams have found victories in the Championships’ 33-year history. Williams has taken the gold 26 times in the women’s competition and 23 times in the men’s match-ups. In the remaining ten or so years, Tufts stands as the second-best all-time competitor, winning the women’s championship four times and the men’s five times. Middlebury has been a recent standout in the men’s competition, taking the title for only its second time in NESCAC history; its first overall victory was just last season.

Scoring in the NESCAC competition is on a points basis, where every individual victory equals a fixed number of points. Points are allotted to the first eight winners of each race; first place wins ten points, second wins eight, third wins six, and the rest move in single-point increments from five to one.

In the meet this past weekend, Williams, Middlebury, and Bowdoin took the top honors for the women’s competition, garnering 165 points, 145.50 points, and 109 points, respectively. Wesleyan fell short of eighth-place Colby by less than 10 points, while tenth-place Trinity followed right on the Birds’ trail, falling by a single point.

Middlebury took a home victory in the men’s competition, scoring 201 points, while Tufts and Amherst followed with 143 and 130 points, respectively. Wesleyan took 32 points, a little over 15 percent of Middlebury’s winning score. The Cardinals trailed Bowdoin, the sixth-place finishers, who garnered 60.50 points overall. They narrowly edged out Hamilton, in eight place, with 27 points.

Despite the teams’ overall struggles, individual members found their stride in their respective meets.

The most notable performances came from two standouts on the women’s team: Sara Pinsonault ’20 and Ivie Uzamere ’21. Pinsonault won the 3,000-meter steeplechase—which contains seven water jumps and 28 barriers—with a time of 11:20.68, besting the day’s 16 other competitors. Pinsonault dominated the race, flying to the finish a full 17 seconds ahead of the second-place runner. No one else in the competition could take such a victorious margin until the penultimate finish.

On the field, Uzamere found success once again in the hammer throw, finishing first with a throw of 47.7m. This mark was nearly two meters ahead of the next competitor. Uzamere also competed in the shot put, finishing ninth with a mark of 10.06m.

The Cardinals didn’t notch any more NESCAC titles during the Championships but found numerous top-ten victories across the board.

Senior captain Katie Maehl continued to dominate in multiple events, competing in three different field events at Middlebury. She notched an impressive third-place win in the high jump with a mark of 1.60m and earned fifth in the javelin with 34.88m. She also competed alongside Uzamere in the shot put, but couldn’t break the top ten with her mark of 9.45m.

Fellow senior captain Allegra Fils-Aime finished up the field competition in the long jump, earning sixth place with a mark of 5.12m.

In individual track races, Lopez-Anido ran to sixth in the 800m, crossing the finish in 2:16.46. Mitchell and Fituak trekked a bit farther in the 1,500-meter, earning 11th and 12th, respectively. Sophomore Emma Trapani wrapped up the Cardinal success for the women’s team, going the distance in the 10,000-meter to earn tenth place.

In the men’s competition, sophomore Kevin DeLoughry and senior captain Andrew McCracken earned All-NESCAC honors for their Championship efforts. DeLoughry took his victory in stride on the track, placing third in the 400-meter hurdles in 56.24. McCracken’s success was on the field, where he also took the bronze, this time in the 4.55m pole vault.

The rest of the men’s team earned points with four fifth-place finishes and seven top-ten honors overall. Like Pinsonault, fellow junior Kevin McMorrow competed in the 3,000m steeplechase, taking fifth in 9:37.80. Grant van Inwegen ’20 found his top-five victory in the 1,500m, finishing in just over four minutes. The two relay teams wrapped up up the fifth-place finishes for the team: the 4×400 (DeLoughry, Christian Denny ’22, Griffin Maristany ’22, and Kyron Roberts ’21) and the 4×800 (Bill Bajohr ’20, Alexander Blaylock ’22, McMorrow, and van Inwegen).

The rest of the top-ten finishes came in individual races, with Nick Carulli ’22 taking sixth in the 110-meter hurdles, while DeLoughry and Roberts earned eighth and tenth, respectively in the 400m.

Although the NESCAC Championships are over, Wesleyan will return to ’CAC ground in their upcoming competition. The Division III Championships this week take place on Williams soil; so does the last meet of the season on May 15, aptly named the Last Chance Meet.