On Thursday, April 25, Vivian Huang visited Wesleyan to give a talk about photographer Tseng Kwong Chi and his portrayal of Asian queer identity through self-portraits. Huang, an Assistant Professor of Women’s, Gender, and Sexuality Studies at Williams, was brought to campus as a part of the Asian American Student Collective and Shakti’s joint annual identity month, which celebrates both Asian Americans and Asians in America. Her talk was sponsored by the University’s Department of Feminist, Gender, and Sexuality Studies.

Huang shared findings from her upcoming book, “Feeling Otherwise: Inscrutability, Asian American Performance, & Queer Sociality,” in which she addresses Tseng’s grayscale self-portrait series, “East Meets West.” The series is comprised of photographs taken by Tseng as he traveled around the United States and Europe in the late ’70s through the ’80s with his assistant and boyfriend, Christopher Haynes.

“In his photographs, Tseng embraces his racialization as an inscrutable Chinese other and insists upon creating a feeling of distance—from the viewer and from his background,” Huang told the audience. “More descriptively, I’m interested in the distance performed in the photographs as a queer diasporic affect…one that critiques heteronormative underpinnings of the state, as well as white, Euro-centric norms of sociality.”

Tseng, who was born in Hong Kong in 1950, immigrated to Vancouver, Canada, with his parents in 1966. He completed his art training in Paris in 1975 before moving to New York in 1978, where he worked as a photojournalist for a wide range of magazines, including GQ and Vanity Fair.

Huang explained that Tseng’s creative persona for these photographs stems back to 1978, when he visited the Windows on the World restaurant at the top of the World Trade Center. As the restaurant’s dress code required men to wear suits, he decided to wear a Zhongshan suit, famously worn by Chairman of the People’s Republic of China Mao Zedong, that he bought at thrift store in Montreal. Because of his outfit, the restaurant staff thought that he and his family were Chinese dignitaries, and Tseng chose not to correct them. 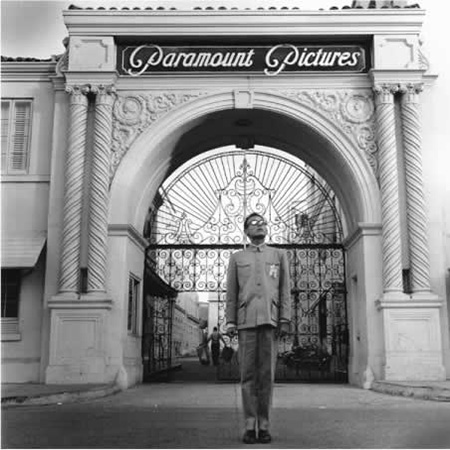 “Today I want to discuss his photographs in order to conceptualize how it is that everyday experiences of racialization, like the one featured in this opening anecdote, can be cited and redeployed in performance and visual arts,” Huang said.

In Tseng’s photographs, he is pictured wearing a Zhongshan suit, along with mirrored sunglasses and an ID badge attached to his breast pocket. With a few exceptions, Tseng’s face is blank and emotionless, and he is the only person in the photographs. While the pictures are notably serious, Huang noted that the back of the ID badge read “Slut for Art.”

“My photographs are social studies and social comments on Western society and its relationship with the East,” a quote from Tseng’s website reads. “[I pose] as a Chinese tourist in front of monuments of Europe, America and elsewhere.”

After showing the audience some of his photographs and inviting them to express their initial thoughts about Tseng’s work, Huang moved into a discussion of the academic theory surrounding Asian American performance, as well as the queer diasporic affect.

“Legally, politically, and historically, this distance has accompanied and been structured around policies of Asian exclusion, anti-miscegenation acts, deportation, incarceration, labor exploitation, and other forms of social and legal alienation,” she said. “I argue this performance of distance through self-portraiture is an Asian American, and also a queer diasporic, historiographic practice.”

When asked by a student how she defined queerness in her research, Huang explained that she was not thinking of the term “queer” as something solely applied to sexuality. 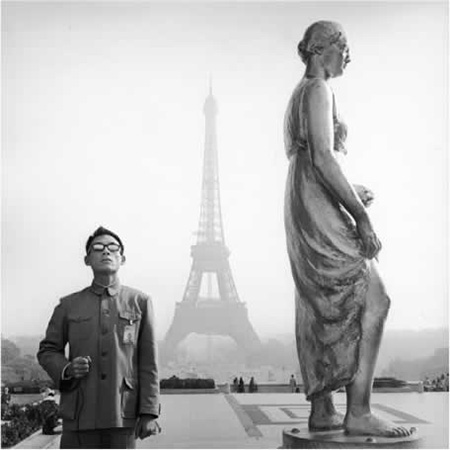 Huang concluded her talk with a discussion about the field of Asian American Studies. Last semester, Huang was part of a faculty and student committee that wrote a report proposing the creation of an Asian American Studies program at Williams. She explained that Tseng’s work is an example of why it is an important academic discipline. She noted that, for instance, Tseng worked alongside famous artists, such as Andy Warhol, but still remains relatively obscure.