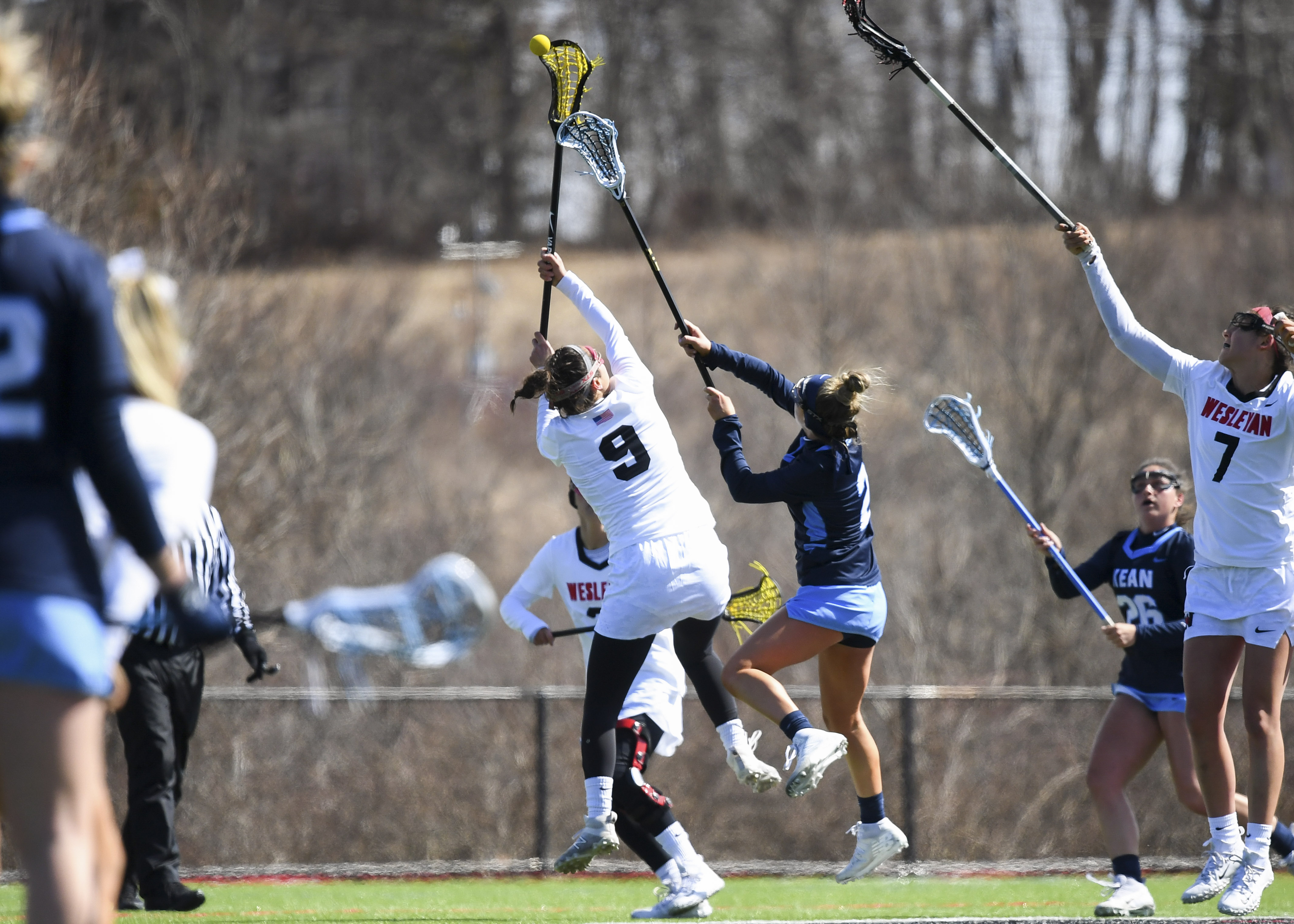 Women’s lax has dominated its regular season this spring, finishing with an impressive 13-2 overall record. The two losses come at the hands of formidable NESCAC foes Middlebury and Tufts, who currently reside at the number one and two spots in the conference, respectively. The Cardinals have racked up numerous dominant wins in the regular season, ending 11 of their 13 victories ahead by at least a five-goal margin. In five of these wins, the Dirty Birds pulled ahead by 10 or more goals.

The Red and Black finished their slew of April conference games with matchups against Hamilton and Connecticut College this past week. Despite Hamilton’s penultimate place in the ’CAC, the team struggled against the Continentals on Saturday, April 20, squeaking out a 6-5 victory on away turf in upstate New York. The game began in a 16-minute stalemate until the Continentals reached the board not once, not twice, not even thrice, but frice (four times, if you will) in the first 20 minutes. With less than four minutes to go in the first half, Wesleyan edged out a goal with a shot from Abigail Horst ’19. Johanna Copeland ’21 followed with the team’s second goal of the half with 22 seconds left, finishing at 4-2.

The Cardinals ensured the Continentals wouldn’t repeat history and came out hot in the second half. Julia Gretsky ’20 scored in the first few minutes of the game, allowing the team to close the gap to a one-goal deficit. The stalemate of the beginning of the matchup returned for the next 17 minutes, until Hamilton came back to take a 5-3 lead. It was the last time the home team would sink anything into the back of the net, as the Cardinals retaliated with a 3-0 run to close out the game. The Dirty Bird action started with just over 10 minutes left in the half, when Sydney Prokupek ’21 scored, followed by Horst, who tied up the game at 5-5. Abby Manning ’20 took the game-winning shot with over three minutes to go, securing a 6-5 victory.

Horst led the offensive effort, scoring a team-high two goals. Though Prokupek only scored one of the team’s six goals, she led the team with three points, assisting a third of the team’s final scores. Gretsky and Caroline Sgaglione ’19 dominated on defense, claiming two caused turnovers each. In net, Allegra Grant ’20 made 13 saves. Grant stands at fifth in the NESCAC for most saves and fourth in save percentage.

Horst believes this defensive power was a crucial contribution to the team’s offensive victory.

“Every day the offense steps onto the field knowing they are playing against the best defense in the country,” she said. “The defense is what makes us so lethal. They know our strengths better than we know and exploit them to make us more versatile players.”

These strengths contributed to another conference win—the last of the regular season—this past Wednesday, April 24 against Conn. College.

Before starting the matchup, Wesleyan honored Navaiah Fulk, its teammate from Team Impact, an organization that pairs children with chronic illness with collegiate athletic teams. Fulk passed away on Monday, April 15, after battling gastroschisis.

The team garnered a victory in memory of Fulk, starting off strong with a goal from Prokupek less than a minute into the game. The Camels responded quickly with their own shot, and the matchup remained at 1-1 until Izzy Powell ’22 claimed another goal nearly 25 minutes in. Horst finished up the half with another goal for the Red and Black, leading the team to a 3-1 lead.

The Camels struck back early in the second half, diminishing their deficit to one goal. Yet the Cardinals forged on, with Horst playing a role in the next three unanswered Wes goals. Copeland scored the first with an assist from Horst, then Horst took two solo successful shots to take a 6-2 lead.

It was then that Wesleyan picked up speed, scoring five consecutive goals before the final buzzer. Manning and Horst both scored twice in the impressive run, and Gretsky rounded out the scoring with a singular score. Conn College attempted to respond, but could only make out one goal with 11 seconds to go. Wes walked off their home field with a 14-9 victory.

With the win, the Cardinals set numerous individual and team records. Horst became the 18th player in the program’s history to score 100 career points, garnering six goals and one assist in the Conn. College faceoff. Manning set the new single-season program record in goals, totaling 54 and breaking a nearly 15-year-old record set by Becca Vogel ’05. As a team, the Red and Black set a new program record in overall wins and conference victories.

“This season has been a culmination of many little things coming together,” Horst said. “It is our head coach Kim Williams’ fourth year here at Wesleyan and we have a very experienced starting lineup with a deep bench. Our ability to get draw controls and win the 50-50 balls are what sets Wesleyan apart from other teams. The energy all around has been unparalleled to any of our opponents and truly is our competitive advantage in a league where anyone can win on any given day.”

The team will hopefully carry this energy to the postseason, when it faces off against Colby this Saturday in the NESCAC Quarterfinal.

Zoë Kaplan can be reached at zkaplan@wesleyan.edu or on Twitter @_zoekaplan.