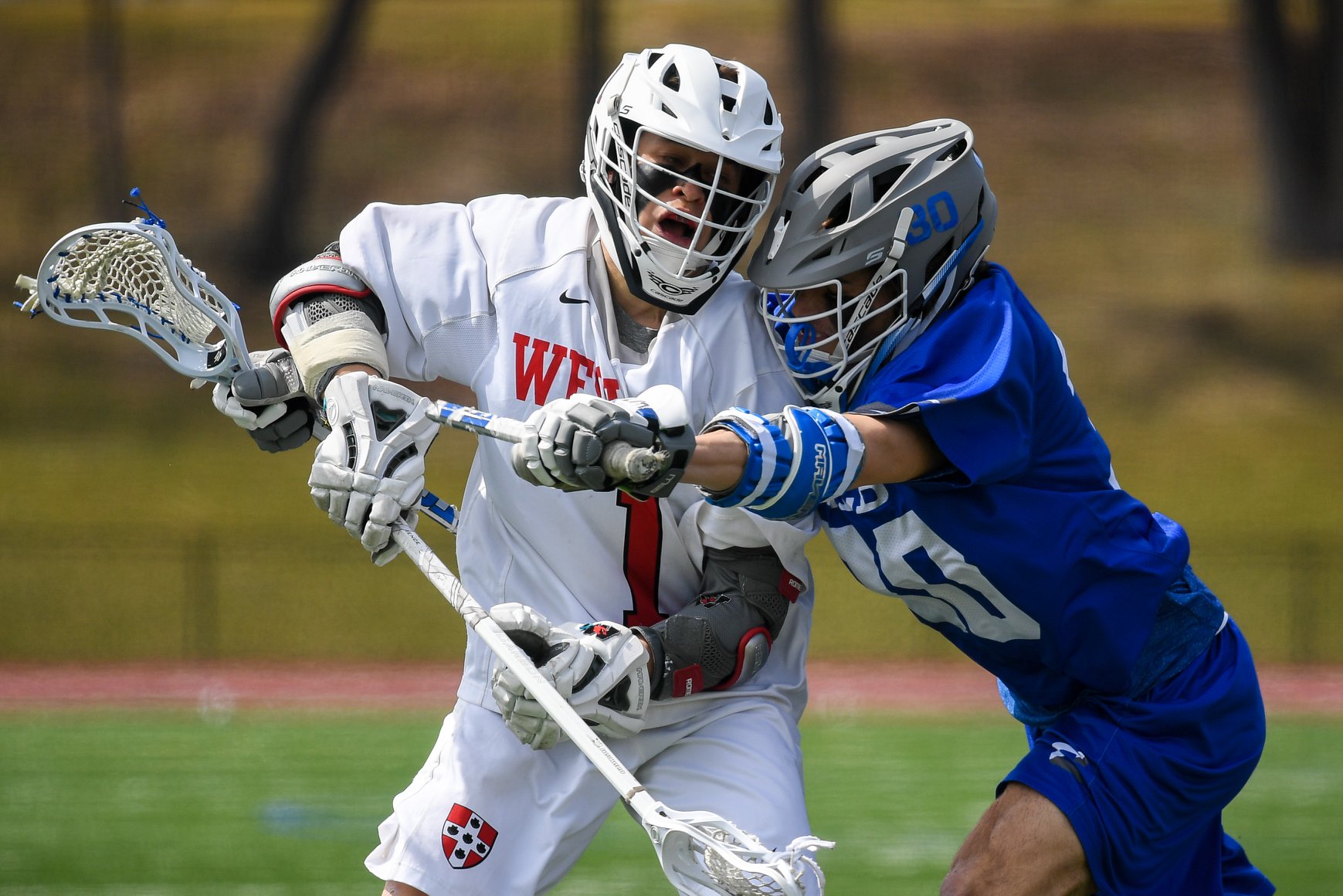 The men’s lacrosse team extended its winning streak to four games over the weekend with a win over Hamilton on Saturday, April 20. The win against the Continentals, coupled with a previous win over Bowdoin, has pushed the team’s record to 11-2 overall and 7-2 in NESCAC play.

In the win over Hamilton, the Cards won by a score of 12-7. The game was close in the beginning as Hamilton scored to open the game and take their only lead of the entire competition. The Cardinals quickly came back to score four in a row in the first quarter and take a lead that they would never relinquish. The Red and Black led by as many as seven before winning by five at the end as Hamilton made a late run to make it a little closer.

Ronan Jacoby ’21 led the Cardinals with four goals, and Otto Bohan ’20 made ten saves in the victory. Zander Kotsen ’19 added three goals and fellow seniors Colin Uyeki and Christian Barker scored two goals each as well. Wesleyan outshot Hamilton by fifteen and also committed fewer turnovers, both of which were keys in the victory. This was Wesleyan’s eighth win over Hamilton since the start of the 2018 season, barring any Continental victories for the past two years.

In the win over Bowdoin, the Red and Black won by a score of 12-4. The first half of this game was back and forth as the Cards and Bowdoin traded goals, and the Cards only had a 4-2 lead at the half before pulling away in the second half. Jacoby also led the team in that game with four goals, including his 100th career goal. Uyeki and Tom Martello ’20 added three goals each in the win. Wesleyan outshot Bowdoin by a wide margin and also played tough defense as they didn’t allow a goal in the final quarter of the game. Goalkeeper Bohan made fifteen saves in the victory. Wesleyan has now beaten Bowdoin seven out of the last eight times they have faced off in regular and postseason action.

Captain Chad Malinowski ’19 has been pleased with the team’s effort throughout this latest win streak.

“Over the last few weeks our team has really found our identity,” he said. “I think we have been playing a lot better and really working hard and pushing each other in practice. Our ‘1A’ group has been doing an incredible job of learning our opponents’ systems and it has really contributed to our recent win streak.”

Saturday was also Senior Day, the last home game of the season. The Cards honored twelve seniors for their success over the past four years. This year’s senior class has a stellar 60-12 record over the past four years and has won two Little Three Championships, a NESCAC title, have made two Final Fours, and won the program’s first ever DIII National Championship last year.

Malinowski is one of those seniors and spoke about the bittersweet experience of playing his last game of the regular season on Jackson Field.

“Playing in our last regular season home game was certainly an emotional experience,” Malinowski said. “Playing at home, in front of our fans, is really special.”

While this might be a kind of ending for the seniors, Malinowski knows the postseason will bring more home games and that special Wesleyan support.

“We know it isn’t our last, and we want to work hard to make sure we earn more home games throughout the spring.”

Next up, the Cards wrap up their regular season by taking on Conn. College on the road tomorrow afternoon before returning home and hoping to open up postseason play next weekend. The Camels sit at 5-9 overall and 1-8 in NESCAC. Yet in a tough league like the ’CAC, no opponent can be overlooked. Wesleyan has won the last three meetings with the Camels and will be looking to add a fourth victory in a face-off on Wednesday, April 24.

As the team heads into the last game of the regular season and into the postseason, Malinowski said focus and consistency are important.

“The key is really trusting our game plan and all the work that we have put in thus far,” he said. “We have some experience playing in big games so it will be really important to lean on that.”

Hopefully, the Cards will close out the regular season with a victory and will host a playoff game on Saturday as they look to embark on a long playoff run in the NESCAC tournament.

David Gottlieb can be reached at dgottleib@wesleyan.edu.