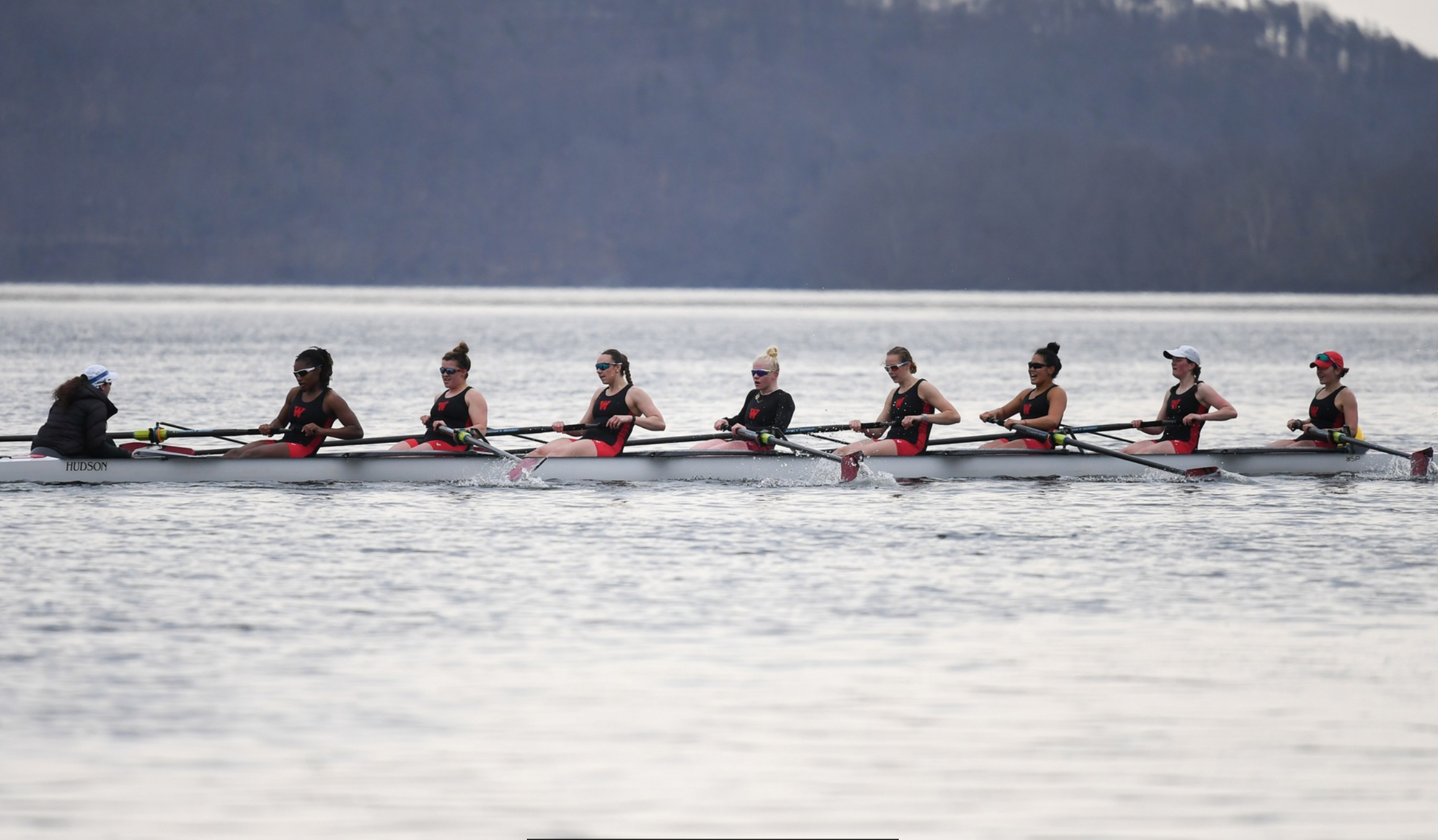 Middletown has experienced a lot of rain in the past few days which has caused the Connecticut River to flood.

The Wesleyan crew teams, the river’s regular visitors, have taken a similar approach to their seasons, shocking the NESCAC with their strength and aptitude. They’ve spent the season thus far flooding the records with wins and flowing over the boundaries of what all believed to be possible. At the beginning of the season, both men’s and women’s crew slaughtered Coast Guard Academy and showed favorably at the Class of 2003 Cup and the McLaughlin Cup. More recently, both crews excelled in regattas that occurred on Saturday, April 13 and the following Saturday, April 20.

On April 13, the crew teams headed to Medford, Mass. to participate in a regatta against Bates and Tufts. The women’s team also took on Wellesley College, while the men’s squad faced UMass Amherst.

Both the men’s V8 boats garnered a victory for the Cardinals at the race. The V8 boat and the 2V8 boat first took on UMass, leaving them treading water, and then moved onto the final, where they attacked and vanquished Tufts. The teams were in high spirits.

The women’s crew had a more difficult time on the 13th. Ranked seventh in the NESCAC, the Cardinals went up against Bates (No. 1), Wellesley (No. 6), and Tufts (No. 12). Wesleyan’s V8 was victorious in the first race of the day, darting past the finish line three seconds ahead of Wellesley. This win put them through to the final, wherein they went up against Bates.

Unfortunately, in the final the Bobcats put a stop to Wesleyan’s efforts, pulling ahead of our V8 by nine seconds. A similar fate befell the women’s second V8 boat. They crushed Wellesley in the first round of the race and then in the final fell prey yet again to those fiendish Bobcats. The third V8 won the consolation prize of second place.

Despite this seeming defeat, the losses at the regatta were less significant than the gains. Women’s crew went into this match as the No. 7 seed, but beating out Wellesley not only moves them to the No. 5 seed, it also bodes well for the rest of the season.

“Close races are the best kind of races,” Meghan Heffernan ’21, a member of the 3V8 boat, remarked. “They really test the crews involved and the commitment to the boat.” 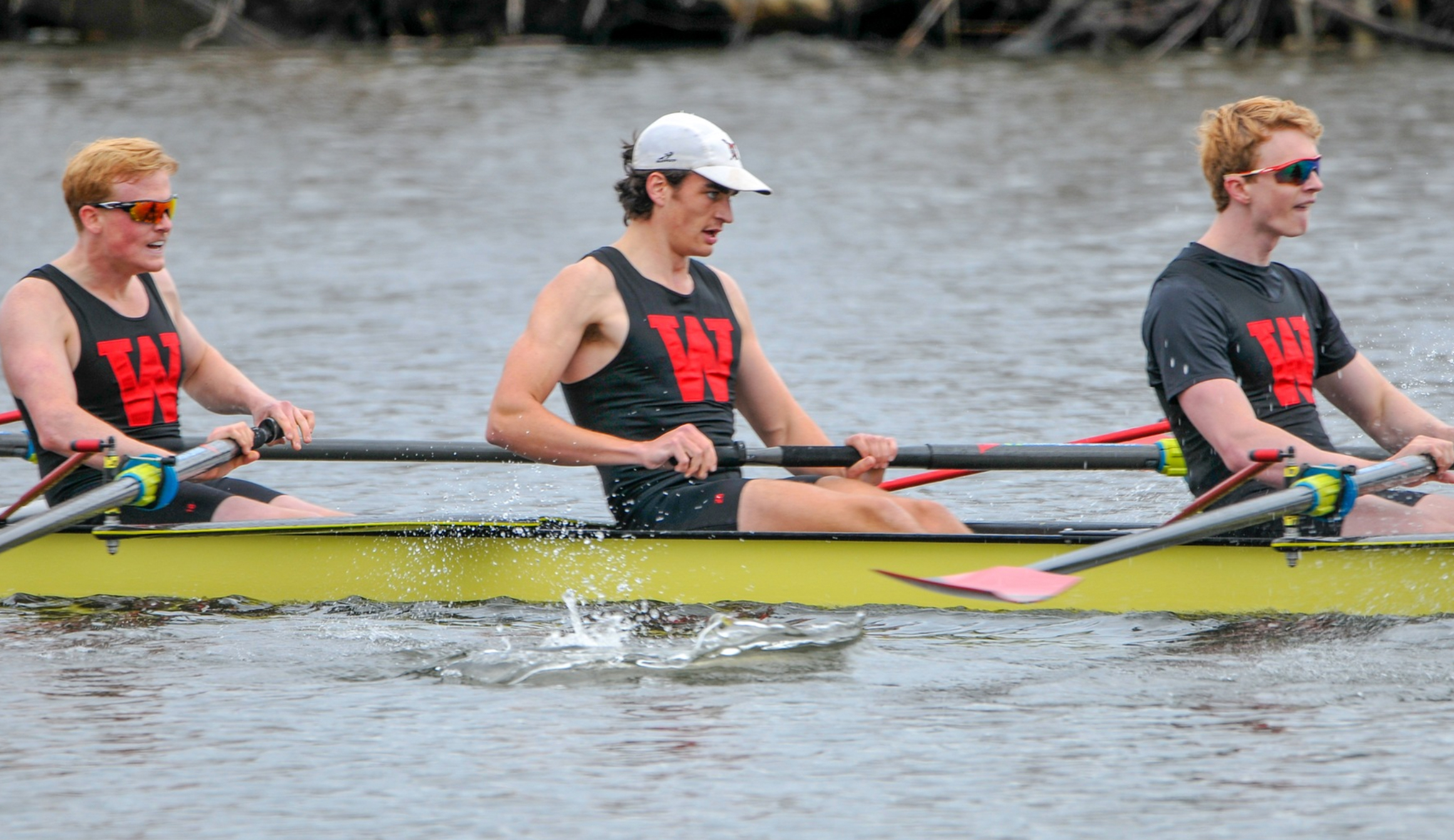 As a testament to both teams’ commitment to excellence, these brave souls skipped Wesleyan’s favorite holiday to celebrate something even more illicit: the destruction of our rivals. In a race to determine the winner of the coveted Little Three title, both crews headed to Pittsfield, Mass. on Saturday.

Women’s crew came back from their disappointing result the former weekend to wow the crowd. As the standing Little Three champions, expectations for the Cardinals were high, but the V8 boat was ready to meet and exceed these expectations. With a time of 6:50.17, they edged Williams by three seconds and won the crown. The 2V8 ended up in second place, and the 3V8 also won runners-up honors, but Wesleyan’s women still took home the Little Three title for the third year in a row.

Heffernan triumphantly described the experience of being in the 3V8 boat on Saturday.

“[In the] last 500 meters of the entire race… [the 3V8] was battling stroke-for-stroke with the Amherst crew,” she said. “We started to build pressure for our sprint early and the last 300 meters or so were another gear. There was a palpable change in both intensity and power, and the entire boat surged as one.”

As defined by Heffernan, this surging is a phenomenon that describes the movement of the boat once a connection has been established between the feet of each rower and the rhythm of the boat. The surge can be difficult to find, Heffernan explained.

“Yesterday, coming off the line, we were pretty frantic,” she said. “Chase Ames [’21], our coxswain, made a good couple of calls to force us down in stroke rate, which our stroke seat, Kai Burton [’21], and seven seat, Sarah Paulson [’19], did an amazing job following. The entire boat seemed to settle and find our base rhythm again.”

Also returning to their base rhythm was men’s crew. After having lost the Little Three title last year, Wes men’s thoroughly redeemed themselves in this competition. In the first race, Wesleyan’s V8 snuck ahead of Williams by six seconds, which was enough to win them the title. The second V8 also came in first place, and the 3V4 finished in 7:33.8, a fair result. Like the women’s, the men’s crew vanquished the Little Three, making this their second time holding the crown in three years.

The women’s crew will take a break until May 4, but the men’s crew will be taking on College of the Holy Cross and Trinity in Worcester, Mass. this weekend. With any luck, they will use this opportunity to continue surging over the banks of the Connecticut River and into the annals of Wesleyan history!