Sarah’s on Main Expands in Response to Growing Customer Demand 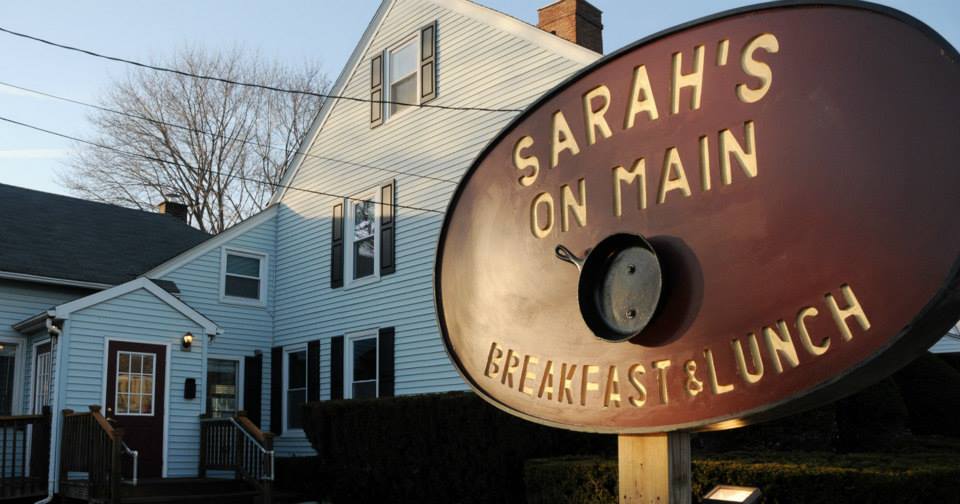 For five years now, Sarah’s on Main in Portland, Conn. has been serving homemade breakfast and local flavors to Wesleyan students. But as the restaurant has grown in popularity, wait times have become longer, and customers have struggled to fit large parties into the one-room restaurant.

The renovation has been in the works since November, but only recently did the opportunity to expand present itself to owners Sarah and Dan Weeden.

“When we first got here, this side was open when we first opened the restaurant, but we just couldn’t make it happen because we didn’t have enough funds to do both sides at the beginning,” Dan said. “So, when the vapor store left—they vacated in November—our landlord was like, ‘Dude, let’s do this.’”

The expansion will include not only 24 additional seats but will also provide new kitchen space, more refrigeration space, a new paint job, and new floors. Now, instead of walking into a snug, one-room restaurant, there will be an entirely new side with about ten new tables.

A primary reason the Weedens pushed for the restaurant’s expansion was to alleviate wait times. In the past, customers have waited up to an hour for their food, and while the Weedens appreciate customers’ patience, they are eager to shorten wait times by expanding the amount of seating available and welcoming reservations.

“[The expansion] is going to alleviate the wait on the weekends, which is great,” Dan said. “We’ll be able to take reservations and book smaller parties, especially for parents’ weekend and stuff like that. Students call and say, ‘Hey, can we come in with a party of ten at 10 o’clock on Sunday morning?’, and we’re like, ‘We can’t take reservations but you can give it a shot!’ So now that we’re doubling in size, it will be great to be able to book those parties.… We’ve been super lucky, and people have been really loyal to us. They’ve been super patient.”

Another key reason the Weedens wanted to expand is to maintain the quality of their food. While the couple has worked hard to maintain a high standard—anyone that has tried the Semi-Classic Bennie can vouch—it can be really difficult to keep up.

“We’re still feeding the same amount of people, just over a longer period. We’re just barely keeping up our standards,” Dan said. “Now, with the expansion, when you come and sit down. You can get a cup of coffee, look at the menu, just relax. Before there was such a small area to wait—or outside. So this will be much better.”

Sarah also feels like she hasn’t had the time to explore different farmers markets in the area or try new recipes because she’s always in such a time crunch.

“Something I always envisioned when we opened this place was to be able to step out and go to a farm stand, and we’ve been so busy—I’m still going to farm stands, I go to Gotta’s Farm and Draghi’s [Farm] outside of Glastonbury—that I’m always in a rush,” Sarah said. “I have to get back, I have to pick up my kids, I have to do this or do that. Now, I’ll actually be able to step off on a Wednesday afternoon and leave for a couple hours to go pick up something special for the weekend.”

In addition to creating more time for Sarah to grab more farm-fresh ingredients, the restaurant’s expansion will include another cook during the week to help prep for the busier weekends. The hope is that the addition of another cook will relieve some pressure and provide more time to prepare new dishes.

“It’ll be nice to have some administrative time to sit and plan menus and prep a little more, especially in season, when you get to go to farmers markets and everything is as fresh as possible,” Dan said.

The Weedens are also eager to showcase more local art in their restaurant. Before the expansion, they could only fit a limited amount of art on the walls, but now they have more room to show off local artists’ work. Many new tables, for instance, will be painted with little flowers by a local artist, and an elaborate mural will be featured in the new dining space.

While the expansion has been an exciting process, the Weedens have faced some struggles, such as finding funds, establishing a firm timeframe, and trying to stay true to the restaurant’s roots as it expands.

“The hardest part [of the expansion] is probably coming up with the funds,” Dan said. “Everything is more expensive than you think it’s going to be, and the length of time. We would’ve liked to have it done a couple months ago.”

Since the landlords are doing the work themselves, the Weedens are at the mercy of their schedules, which can make the process take longer than anticipated. The landlords are both business owners themselves, as Sarah explained, so they can only work on the restaurant during their time off.

“I’m grateful for the fact that they’re doing it, and they really want to make sure it’s done right…. [The landlord] doesn’t want anyone coming in and half-assing it,” Sarah said.

“Some of the nervousness is also that you hope it gets done right, and be the vision of what you wanted it to be,” Dan added. “You only do this once.”

The Weedens attribute a lot of their success to Wesleyan students and are thankful that they have become a part of the greater Wesleyan community.

“With all the kids from Wesleyan, it’s been amazing,” Dan said. “They kind of dripped in at the beginning, and then they all kind of came. I was saying last year to Sarah, ‘We’ve had a full freshman-to-senior cycle,’ and it was pretty cool seeing some of the kids as freshman in the beginning came at graduation with their families here. It was pretty cool.”

Students across campus are excited about the expansion. Many students have eaten at Sarah’s since their freshman year and are enthusiastic about the restaurant’s growth.

“Sarah’s is the happiest place I’ve encountered since coming to Wesleyan,” Ainsley Kass ’20 said. “They make everyone feel like family, and it’s great that they’re expanding because recently they’ve been completely overrun by Wesleyan students who think it’s a Usdan-sized cafeteria.”

“I’ve been going to Sarah’s for the past year on the weekends with my housemates,” Nikki Ladd ’20 agreed. “It’s a really warm community, and it’s going to really nice to bring bigger groups there of people that I’m close with to have some time away from Wesleyan. So, I’m really excited for the expansion.”