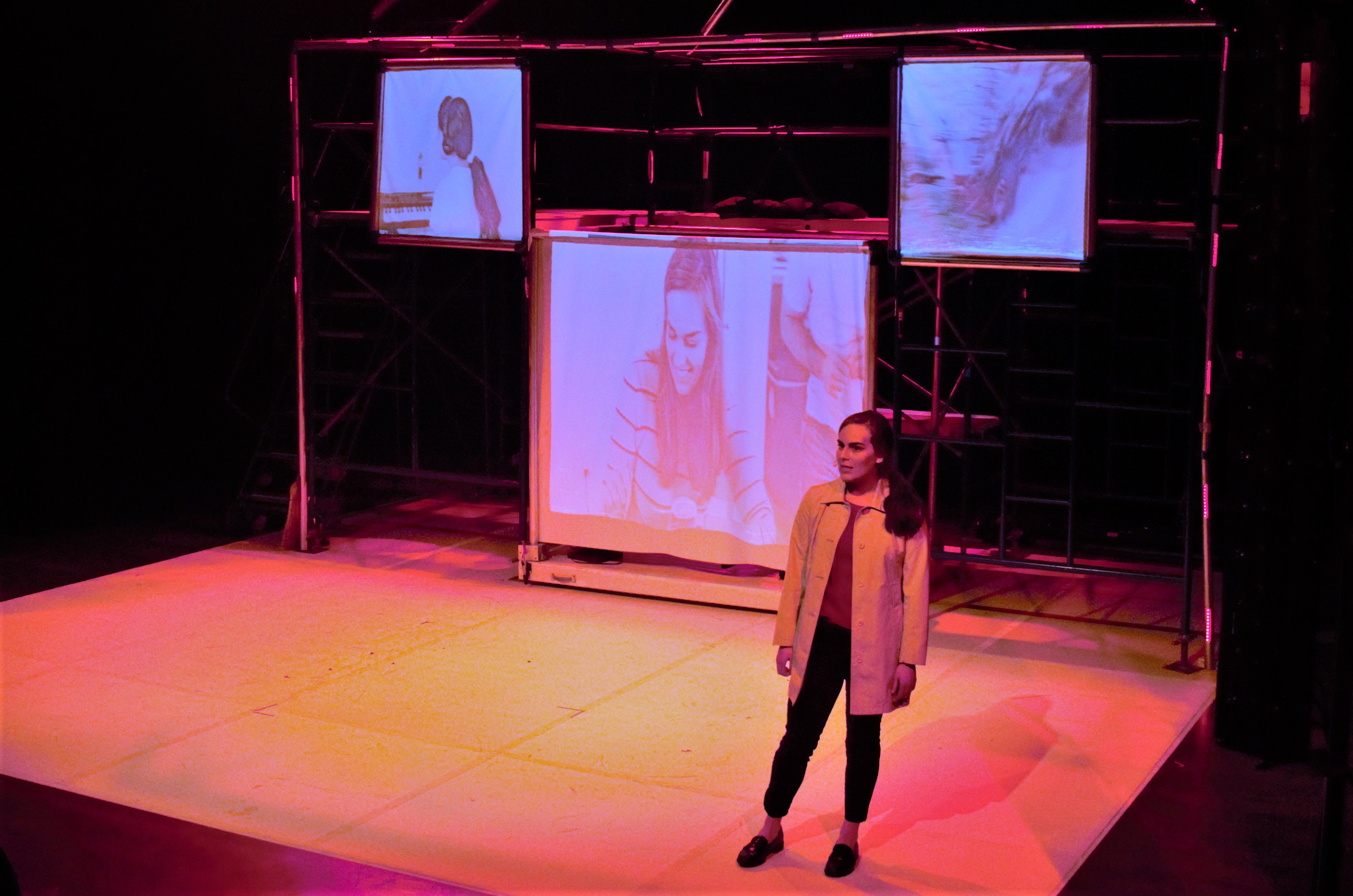 When “Next to Normal” opened on Broadway in April 2009, it was nominated for 11 Tony Awards and won three. The show also went on to win the 2010 Pulitzer Prize for Drama, the first musical to do so since “RENT” in 1996, and the eighth musical overall. Putting up production of a show with such a storied and well-celebrated past requires walking a thin line between respecting what has come before and instilling the story with a new voice. This was a challenge that “Next to Normal” director Ramsay Burgess ’20 embraced with open arms. The audience is treated to a beautiful show, one that isn’t necessarily all happy or all sad, but rather elicits a moment of every emotion on the spectrum. Even if you’ve seen the show before or have listened to the soundtrack, you’re in for some surprises along the way.

“Next to Normal” is a musical that follows a family as it deals with the not-so-glamorous side of living in contemporary suburban America. Each character deals with their share of adversity, largely relating to loss, grief, and mental illness. Maddie Ulevich ’19 plays Diana Goodman, a mother who is trying to move forward with her life while trying to make sense of her memory of the past. Her husband, Dan (Beckett Azevedo ’21), wants his wife to be who she used to be, sometimes coming off as a little too eager to re-write the past. Their daughter, Natalie (Natasha Jones ’22), is a classic overachiever, her need to succeed probably arising from the fact that she’s constantly hidden in her brother Gabe’s (Nick Ticali ’20) shadow. 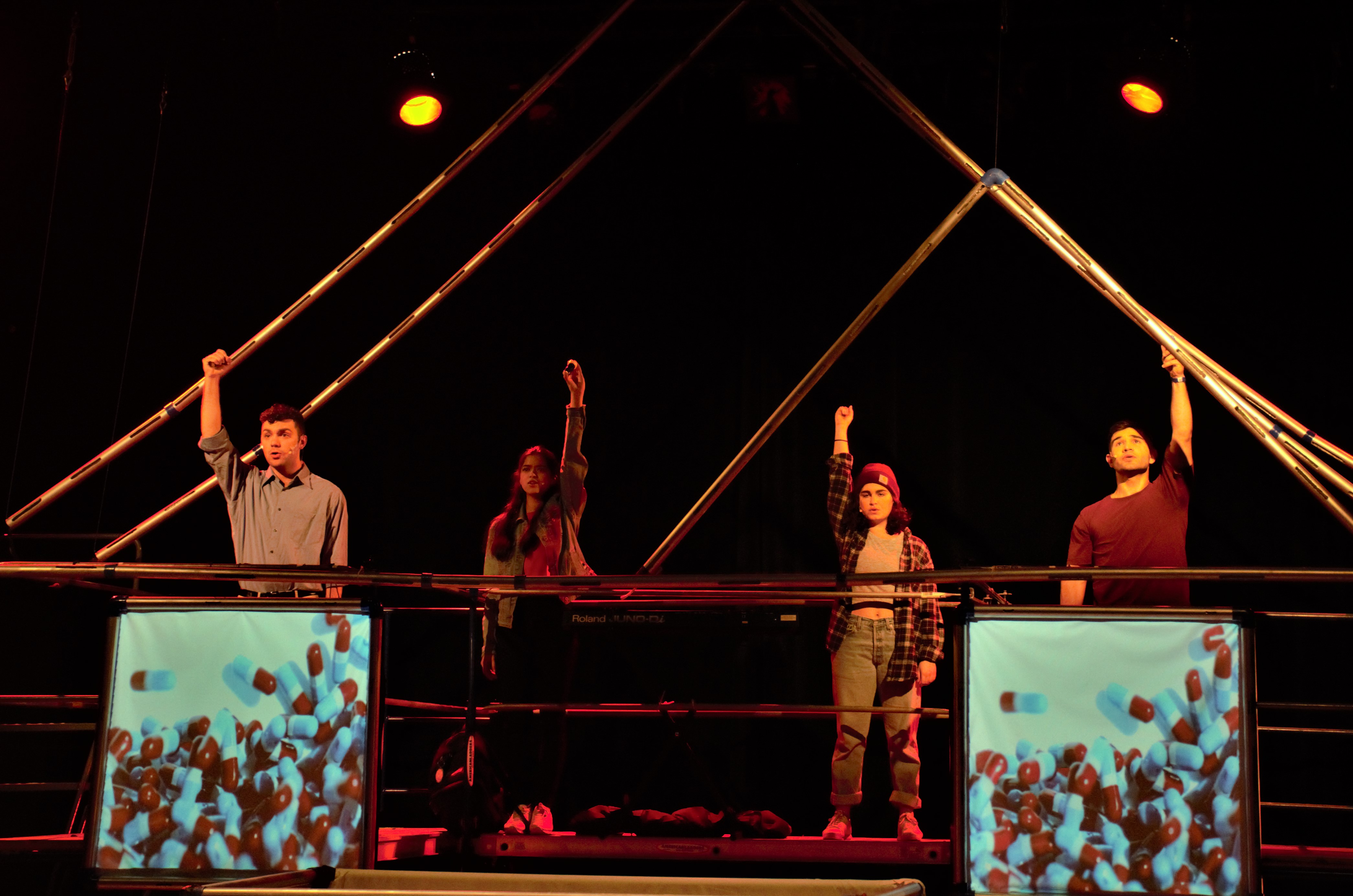 Doing a musical that deals with mental health and illness is no walk in the park. It requires a deft touch to ensure the music complements the acting while augmenting the emotion. Add to this that “Next to Normal” is a rock musical, you can sense how the music most certainly seems like its own character in the show, with its loud percussion contributing to the conflict between the characters’ emotions and actions.

This philosophy was also applied to the set design and prop decorations. The production utilized projections of the characters’ faces, in one second peaceful and in the next screaming into the camera. The actors all wore variants of bright red clothing, intended to clash with the various blues on the stage. The crew made use of projectors and various light tricks to add more dimension to the set.

“A lot of our set design, including the projections of the characters screaming, were supposed to represent the discrepancy between the way that you present yourself versus how people actually see what’s happening to you,” Burgess said. 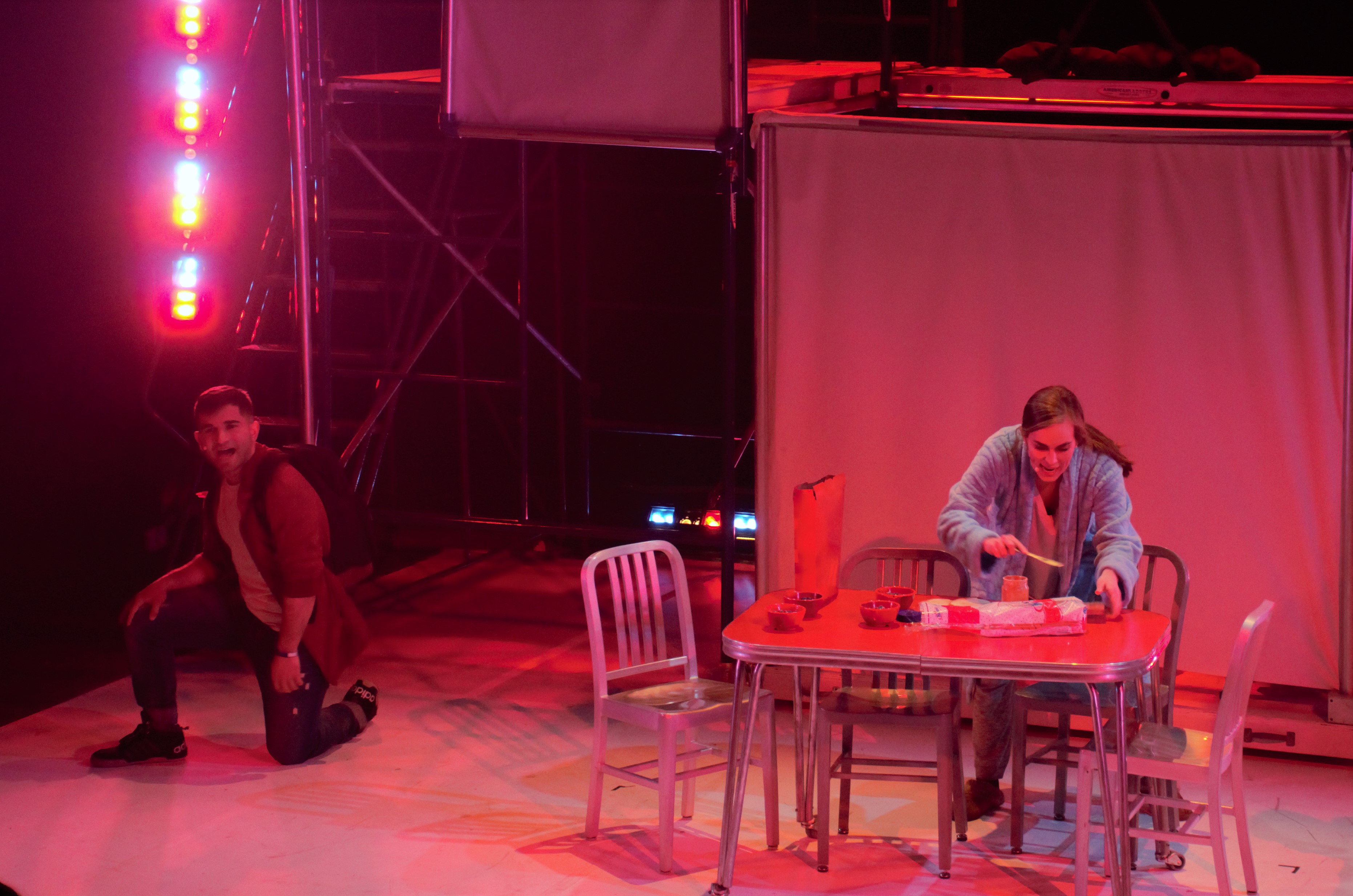 When it came to the acting, all of the actors brought depth and life to their characters, even when they were in their most broken-down states. Ulevich’s Diana is perhaps the best example of this. So often in movies and on television, characters are reduced simply to one aspect of their identity; characters with mental illnesses come to be defined by them. Burgess’ production of “Next to Normal” skillfully evades this pitfall. As the show follows Diana through her treatment with various doctors, it makes distinct attempts to remind you that there is more to Diana than simply a chemical imbalance. What she has cannot just be solved.

Ulevich hits Diana’s snarky lines with perfect cadence and is careful not to meander away into self-deprecation. Diana’s sharp humor is not intended to soften the blow but rather to remind you that those of us with mental health struggles keep on living; we do not simply lose our multifaceted personalities at the onset. What you see in Diana is not a person broken by her illness but rather a woman trying to continue to live with her illness while also dealing with the heavy weight of grief.

“What I really love about this show is the fact that Diana isn’t defined by her illness,” Burgess said. “It’s not her downfall; it’s not her defining personality trait. It’s just her normal. This show is not simply about her being bipolar but rather about a family that’s struggling to come to terms with its past.” 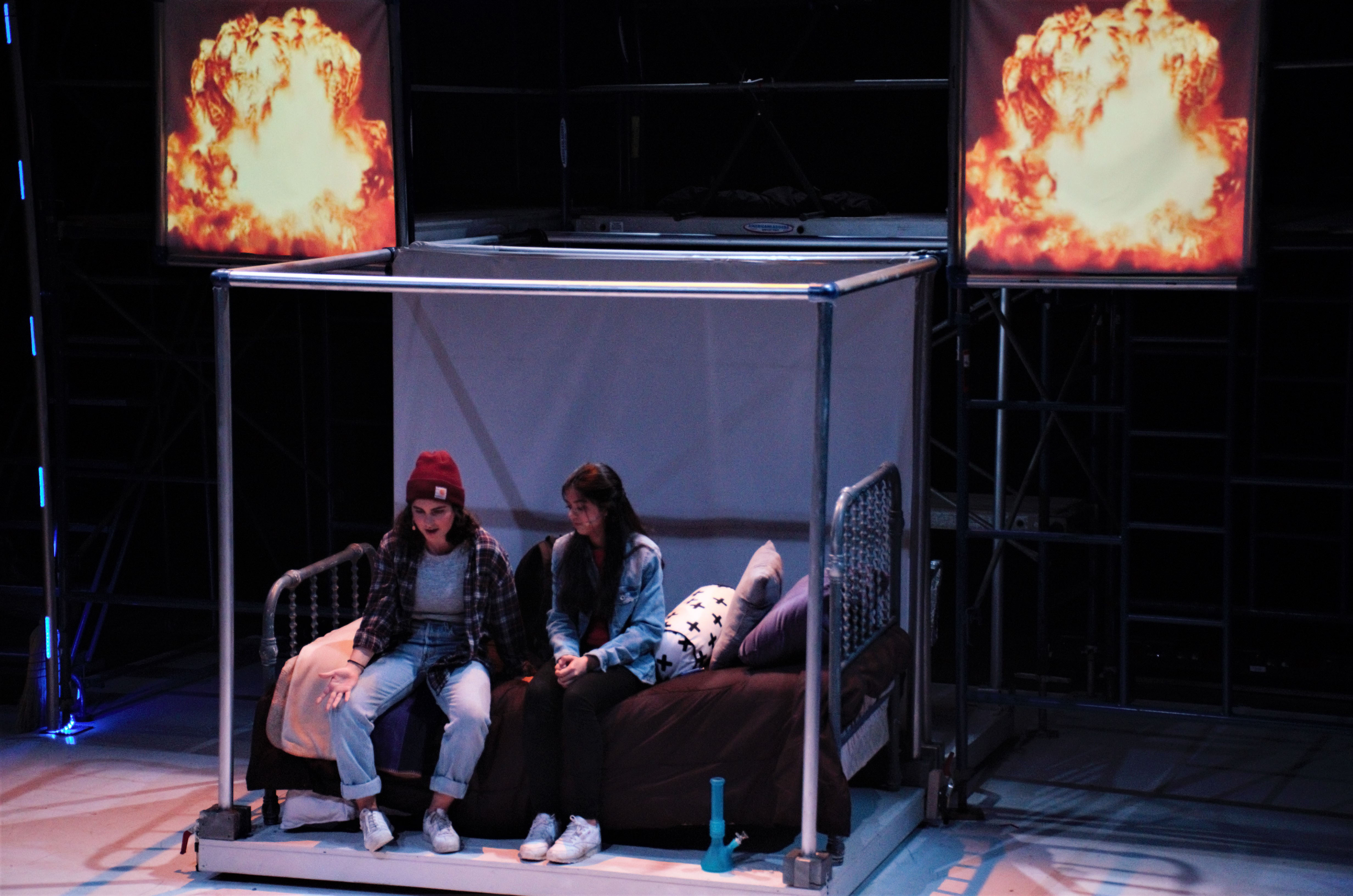 While Diana is usually seen as the main character, Burgess disagrees.

“I actually see Natalie as the protagonist,” Burgess said. “I personally had a friend in high school who struggled with bipolar disorder and reminds me so much of Diana, so for a lot of this story, I see myself in Natalie.” 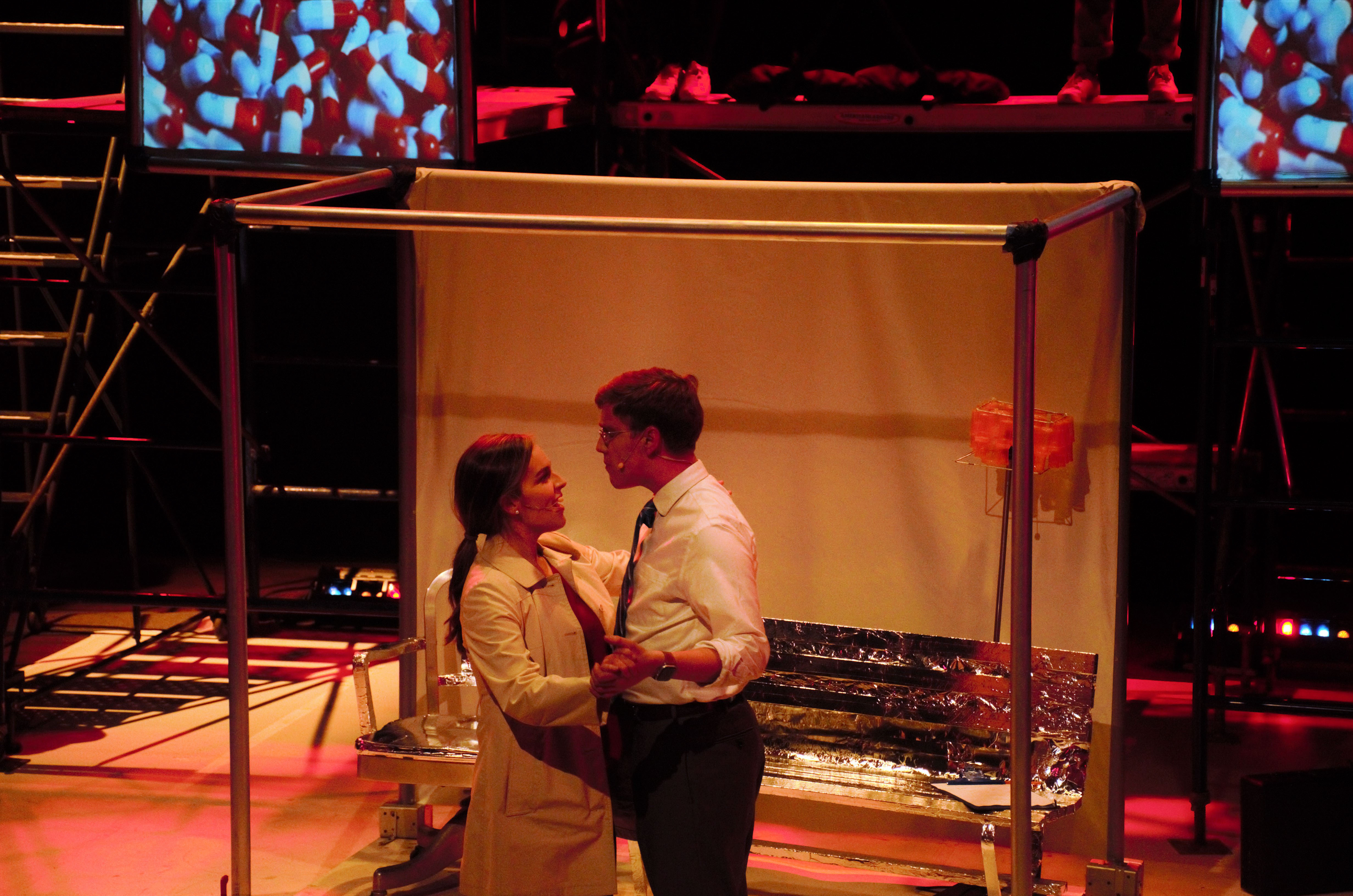 For a show with some incredibly heartbreaking moments, there are pockets of warmth and light as well. Natalie and Henry’s relationship is one, providing short reprieves from the weight of the family’s world crashing around them. Payton Millet ’21, who plays Diana’s various doctors, brings personality and levity to characters who otherwise might have come off as a little drab. “Next to Normal” is worth seeing for many reasons, not just for the dynamic chemistry between the actors. The show closes out with the entire cast joined together on stage, singing with abandon. Each character visibly breaks through the murky uncertainty of what is to come and shrugs off what has been holding them back. Together, they close out the show with one definitive statement: There will be light.