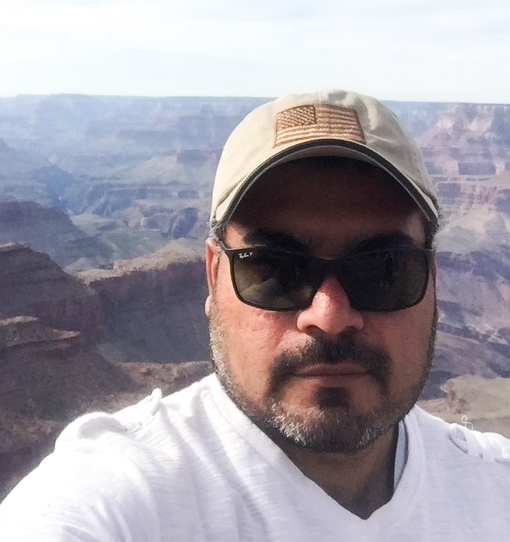 Next fall, the University will provide students with the opportunity to learn Hindi and Urdu languages, both at the elementary and intermediate level, in a joint course. The decision to teach the languages together has sparked discussion about the cultural differences and structural similarities between these languages.

These new classes were unveiled back in October 2018, after the University received a two-year grant worth $165,699 from the U.S. Department of Education’s Undergraduate International Studies and Foreign Language (UISFL) to teach these languages.

The classes will be taught by Hafiz-Muhammad FazaleHaq, who is currently a Ph.D. student at the University of New Mexico, and has taught both Hindu and Urdu in the United States and South Asia. FazaleHaq was selected from a pool of 26 candidates by a University search committee, and will join Wesleyan’s faculty in the fall.

The funding from the UISFL grant will also be used to fund STEM research by Wesleyan faculty and students in India and expand South Asian cultural activities at the University.

Professor Stephen Angle, the Director of Wesleyan’s Center for Global Studies and the Mansfield Freeman Professor of East Asian Studies, told The Argus that hiring a full-time professor to teach Hindi-Urdu marked a significant step forward in foreign-language study at Wesleyan.

“We have been able to offer Hindi classes occasionally over the last decade through Wesleyan’s ‘Less Commonly Taught Languages’ program, and student response has been positive, at least when we have been able to locate and hire a strong language instructor,” Angle wrote in an email to The Argus. “A problem with that approach was that because it was not a full-time, ongoing faculty position, we could not conduct a full, national search and retain high-quality instructors.”

While many students and faculty expressed their excitement about the introduction of a Hindi-Urdu language program at Wesleyan, some students also voiced their concern about the two languages being taught together.

“I feel like learning the culture in a language is such an important part of the holistic experience and I guess I feel like that has been glossed over. Hindi and Urdu may sound similar, but they have extremely different cultural backgrounds and a very involved history in their divergence,” Esha Bhandari ’20, who speaks Hindi, told The Argus. “It can actually be a sensitive topic for a lot of people.”

Bhandari noted that, at a basic level, Hindi and Urdu have many similarities and that there is significant overlap between the two languages. However, she thought the University could have clarified their reasoning for teaching the two languages simultaneously.

“I didn’t get any indication that they were going to explain why these two languages could be taught together and the history behind it, which I think is important,” she wrote. “At the same time, I don’t want to perpetuate the divide between India and Pakistan, which is essentially a divide between Hinduism and Islam, backed by the divide of Hindi and Urdu.”

Some professors who are involved in the Hindi-Urdu program agreed with Bhandari that the history surrounding the languages was complicated and heavily politicized, but they also defended their choice to teach the two languages together.

“In my opinion, Hindi-Urdu is better understood as one language with two scripts,” Professor William Pinch, a Professor of History and Environmental Studies and a member of the South Asia Certificate faculty, wrote in an email to The Argus. “In basic conversation they are almost identical. This bifurcation is mainly due to the rise of linguistic nationalism in South Asia in the twentieth century, which overlapped to a great degree with religious nationalism.”

Professor Hirsh Sawhney, the Coordinator of Wesleyan’s Certificate in South Asia Studies and an Assistant Professor of English, also noted that studying the two languages together would give students many academic and professional benefits.

“[I]f students study both Hindi and Urdu, they will be better equipped to access and study the profound and interlinked literary and cultural heritage of these linguistic traditions,” he wrote. “Moreover, they will also be able to engage with a more diverse range of people and texts if they travel, work, or study in South Asia.”

Many faculty offered ideas about how the program could be expanded in the future, depending on the success and popularity of the elementary and intermediate classes. Professor Peter Gottschalk, the Coordinator of the Certificate in Muslim Studies and a Professor of Religion, suggested that hiring another professor to teach advanced courses in Hindi-Urdu would be one way to expand the program. Professor Pinch told The Argus that he would love to see more South Asian languages taught at Wesleyan.

“Bengali, Telugu, Marathi, Tamil, Kannada, Punjabi are especially rich (and there are others, including languages that are fundamentally important for pre-colonial South Asian intellectual history and historiography, like Sanskrit and Persian),” he noted.

Professor Angle told The Argus that he hopes these Hindi-Urdu courses would spark more interest in South Asian Studies at Wesleyan, an area of study that is often overlooked.

“Hindi-Urdu is spoken by more than 500 million people in a part of the world that is both rich with culture and history and has great contemporary significance,” he wrote. “South Asian Studies is a real strength of Wesleyan’s curriculum, but to some degree has flown below the radar because of the lack of relevant language courses. Our hope is that by welcoming a dynamic new faculty member to campus and offering Hindi-Urdu courses, we can catalyze new attention and new initiatives related to South Asia.”