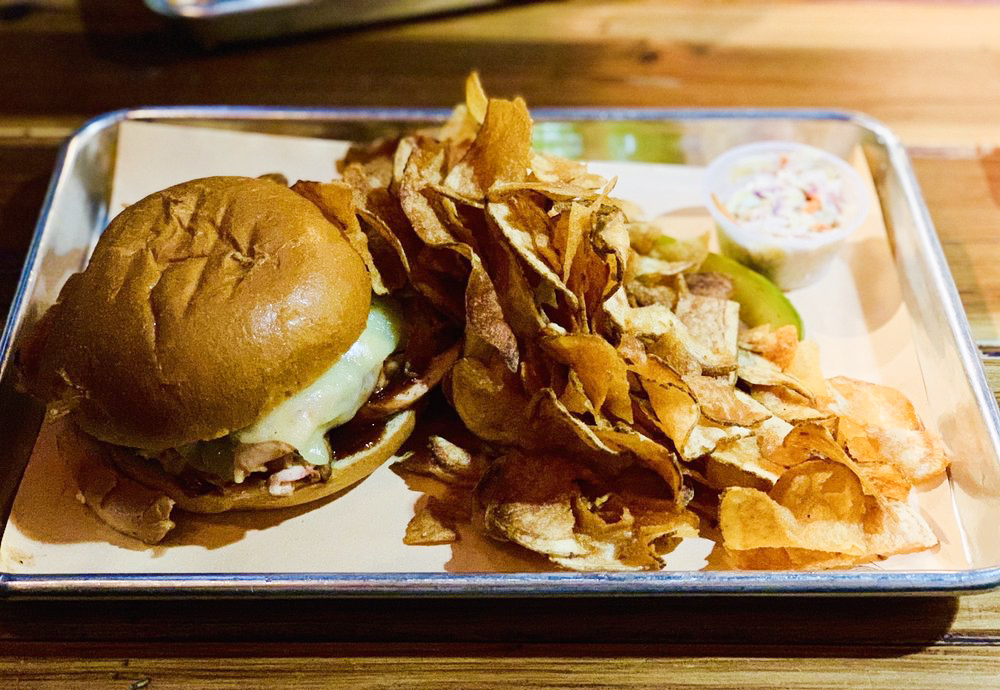 The exterior of Taíno Smokehouse can be summed up in one word: unassuming. It sits in a large parking lot off of South Main Street, nestled up against an Ace Hardware. The Smokehouse can be difficult to spot from the street, but once you arrive, the large sign beckons you in.

As a party of eight on a Friday night, my group decided to call ahead for dinner. We were informed politely that it would be about a thirty minute wait. By the time we got there, albeit closer to twenty minutes after calling, the servers were able to push two tables together to accommodate us. We were hungry, buzzing with anticipation for the weekend, and excited to eat as much as possible.

Taíno Smokehouse was ready for us. Their menu is divided up into several simple sections: snacks, plates, comfort food, sandwiches, wood-fire burgers, and, my personal favorite, side dishes. The menu boasts barbecue classics, like cured meat, mac and cheese, and collard greens, as well as some interesting deviations, like fried shrimp and spicy smoked drunken noodles. There are also some mysteries, like the Alabama-flavored chicken wings.

As soon as we sat down, our waitress informed us that they were out of ribs, pulled chicken, and garlic mash. Missing out on the ribs was a disappointment to some of us, but no one seemed to have any trouble selecting something different from the menu.

I decided to sample the pulled pork BBQ sandwich, which came with chips, a pickle, and coleslaw. With the addition of cornbread on the side, my order came out to around $14, which I thought was a very reasonable price for a filling, sit-down dinner. One of my friends, who is vegetarian, ordered the Taíno mac and cheese and was able to substitute out the bacon without any problems. Other members of our party tried the fried chicken sandwich, the pulled pork platter, and the fried pickles.

As we waited for our food, we took a moment to comment on the restaurant’s decor. One wall is covered with vertical slabs of wood, perhaps paying homage to the burning wood required for barbecue. The tables and chairs are also wooden, rustic, and comfortable, though a little cramped in the small dining area. Past the seating area is a counter, and beyond that counter is the barbecue pit, where several chefs bustle around.

It is small enough that the chatter of other customers fills the space with a pleasant din, comfortable for conversation. Apart from our group, the patrons of the restaurant were probably Middletown residents or passers-by, mostly in larger groups. Some of the locals went up to the counter to chat with the staff while they ordered.

The first plate of food to hit our table was the fried pickles. Though they looked like misshapen fried blobs, they were gone in seconds. The puffy fried exterior complemented the saltiness of the pickle surprisingly well. Still, I’m not sure any of us could have eaten more than one or two. 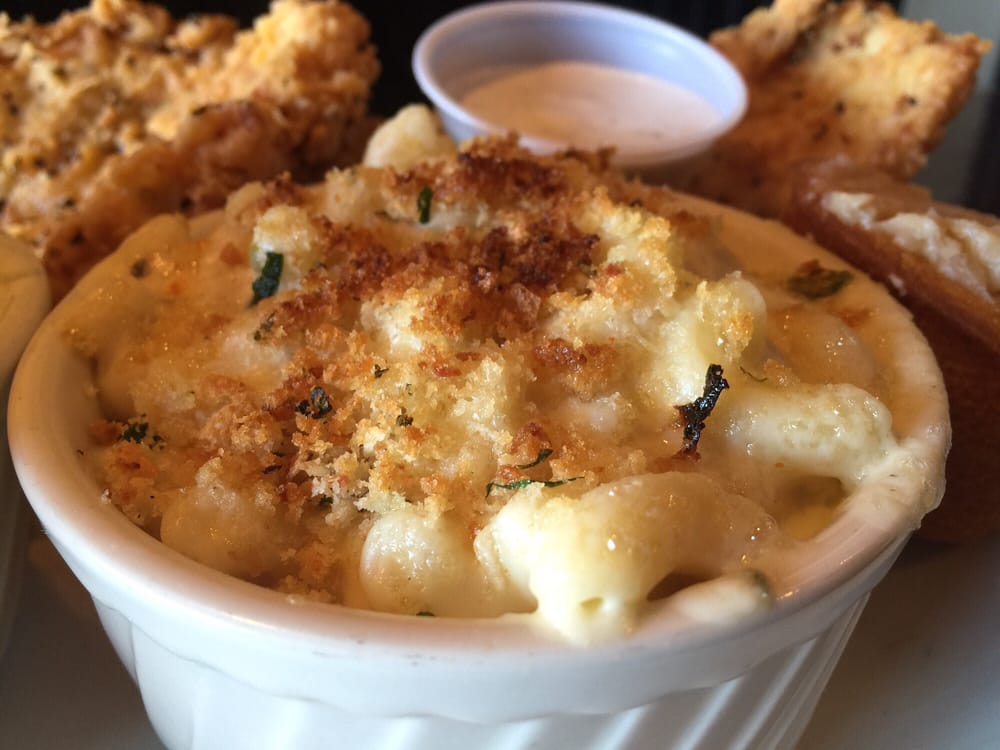 After a few more minutes of waiting, the rest of our food arrived. The pulled pork sandwich was simple, really just meat on a brioche bun, but it could not have been more delicious. The meat had a strong smoked flavor and was fatty enough that it almost melted in the mouth. The pickle, coleslaw, and homemade potato chips were also delectable, despite being entirely overshadowed by the sandwich.

As we dug into our meals, our waitress brought the cornbread. This cornbread is not to be missed. It is buttery, it is sweet, and most of all, it is fluffy. Its only true flaw is its small size, because this cornbread is so outstanding.

In short, Taíno Smokehouse surpassed my expectations. The meat was exceptional, the sides were delicious, the wait staff was friendly and accommodating, the prices were fair. Good barbecue is relatively rare in the Northeast, so coming across a spot like this is nothing short of a treat.

Interestingly, Taíno Smokehouse’s mission extends beyond making food. The restaurant’s website offers a lengthy explanation of their philosophy about cooking: a “purist” approach to wood-smoked barbecue in which the main ingredients are salt, pepper, and fire.

The website also explains that their name, Taíno, comes from the etymology of the word barbecue: this word originated from the Taíno word “barabicu,” which means “sacred fire pit.” The Taíno people were an indigenous tribe that populated the Caribbean.

Though the owner of Taíno Smokehouse is not indigenous himself, the restaurant’s website includes an entire page that gestures to Taíno history and tradition.

“Our mission is to have [the Taíno] remembered and to educate the public,” the website’s “Brief History” section reads. “We pay homage to them for their contributions to the world. Our goal is to open the first Taíno Museum in the United States. We would also like to change Columbus Day to Indigenous People’s Day. Finally we would like the history books/schools to include the regional indigenous tribe history. In Middletown it would be the Wangunk.”

It is unclear as to how Taíno barbecue is working to achieve these goals. In the restaurant itself, the only gesture to the Taíno tribe is the logo on the sign, which features the profile of a man wearing a headdress. Neither the website nor any kind of signage in the restaurant makes an indication as to whether this logo is also directly affiliated with the Taíno people.

So, the restaurant’s mission is a little unclear. As far as supporting indigenous people, though the thought is evident on the website and in the restaurant’s history, Taíno Smokehouse slightly misses the mark. But when it comes to cooking delectable barbecue: bullseye.