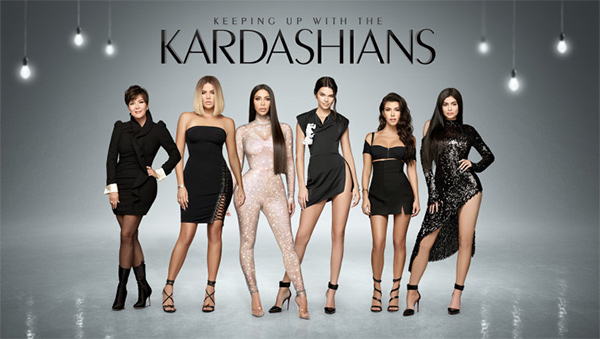 As Kim Kardashian so famously wrote in an Instagram caption once, “North posted this on IG while playing games on my phone. Not sure how or why she chose it but I’m not complaining.”

That quote is exactly how I feel about Season 16 of “Keeping up with the Kardashians.” I’m not really sure how or why I decided to watch it, but I’m not complaining.

It feels like “Keeping Up” has been lagging a little bit during the past few seasons. After all, it has been on air since 2007. It’s crazy to think that it’s been almost eight years since Kim dropped her diamond earrings in the ocean at a resort in Bora Bora. Although there has been plenty of drama in the past, lately, the show has been a bit boring. Most of the news about their lives and relationships is released on TMZ well before the seasons’ premiere, like when we found out that Tristan Thompson (or as I like to call him, Tristan Third-Trimester Thompson) was cheating on Khloe, or that Kylie was having a baby. While it is interesting to see these incidents play out on the show, it’s usually only one or two episodes that are dedicated to them, so the rest of the time we’re just seeing Scott Disick play stupid pranks on Kris Jenner or Kourtney making an avocado smoothie. But, alas, “Keeping up with the Kardashians” is like a train wreck you can’t stop watching, which is how I found myself buying a Hulu account at approximately 2 a.m. so that I could watch the first episode of this season, which premiered on March 31.

As soon as I tuned in, it was like all my prayers were answered. This season is going to be different because they’ve added a new character to the show: Kanye!

In seasons past, Kanye West has refused to be on the show or appear in the confessional-style interviews that appear throughout each episode. He’s remained a mystery to Kardashian fans and non-fans alike, as we only hear from him on Twitter or in the background of Kim’s Instagram posts. However, West is a full-time member this season. He uses the analogy of watching the movie “The Incredibles,” comparing his family to the family of superheroes, as the reason why he decided to come on air. In true Kanye West fashion, it left everyone incredibly confused, but overall, his joining the show is very exciting. As unhinged as he sometimes seems, he actually gives some good insight and balances out Kim’s powerful personality quite well. He also spews out some good life advice from time to time in the confessionals, explaining that it’s better to be full of love and forgiveness than hatred. Honestly, his words were pretty inspiring.

In this first episode, Kim, Kanye, and their daughter, North, travel to Chicago to see the local theater that Kanye is planning to renovate. It was nice to see Kanye giving back to his hometown, especially to the youth in the area. Kanye is also a doting dad—his relationship with North is absolutely adorable, and it was heartwarming to watch as he showed her the house that he grew up in.

We also get the tea on Younes Bendjima, Kourtney’s ex-boyfriend, in the premiere. Since Kourtney chooses to remain quite private and claims that, “working is just not my top priority,” it was thrilling to get a glimpse into her romantic life. Although she ultimately doesn’t say much, it does seem like the relationship ended badly. She is overheard telling her friend that, “We literally broke up the day before, and the next day, that’s how you’re gonna act? Like, I don’t have time for this, and it was just too much.”

Kourtney complains that she doesn’t like being single and speaks about her fears of being alone, which came across as weirdly down-to-earth. However, one of the most relatable things she’s ever done was talking about her anxiety in this episode, and it really does seem like she suffers badly from it. It was refreshing to see someone as famous as Kourtney talk candidly about her mental health, especially when she is explaining to Kris that it can be hard for her to eat sometimes, which is a pretty big part of dealing with anxiety. But in true Kardashian fashion, after a quick girls-weekend getaway to Palm Springs, Kourtney evidently comes out of her funk and emerges with a refreshingly positive attitude.

However, what might have been the most shocking part of the episode was when Kim and Kanye announce at a family dinner that they’re expecting a fourth baby via surrogate, and Mason yells out, “Anotha one!” in true DJ Khaled form. For a second, I thought to myself, wait, Mason can talk? The last time I saw him on the show, I felt like he was a newborn, but it turns out that Mason is quickly following in his father Scott Disick’s footsteps in becoming a hypebeast and pseudo-club promoter. I am truly excited to see the work that Mason will be able to do for this show.

At the end of the day, the Kardashians are the Kardashians, and their show doesn’t come without fault. Sometimes the storyline seems fake, or at least partially scripted. This was evident in Kim’s confrontation she has towards the end of the episode with hip-hop artist Rhymefest. Rhymefest is one of Kanye’s best friends, but was caught in a Twitter fight with Kim after he tweeted some nasty things about Kanye. Rhymefest comes to the house to settle the argument with Kim and Kanye, but to be honest, what are the odds that this actually happened? It seemed so painfully planned out, especially when Rhymefest presents Kim with a gift at the end of all of it. Something smelled very fishy to me.

Also, it was a little bit upsetting to see how poorly Kris treats her mother, M.J., who is 84 years old. Every time Kris spends time with her, she is blatantly ignoring her, taking phone calls, and answering text messages right in front of her. Here, Kris is definitely not setting a good example, and it’s pretty sad to watch. Justice for M.J.! At least she gets to spend some time with Scott during this season.

Finally, there’s the issue of Khloe, Kourtney, and Kim showing their young children on the show. As much as we all like seeing them, they’re not exactly able to consent to being on television. Sure, they were born into a famous family, but poor little baby True might not want to be famous. She’s not even one year old yet.

Overall, though, I walked away from this first episode with some genuine excitement. It’s possible that they’re taking it in a new direction, because I think that as the years go on, the Kardashians are becoming more and more “real” and honest on the show, and the addition of Kanye only proves this further. There could definitely be some hope for this show as it picks up throughout the season, especially since everyone is dying to see what really went down between Jordyn Woods and Tristan Thompson. Though the Kardashians are definitely problematic at times, they’re not going anywhere anytime soon, and sometimes, there’s nothing else we can do besides crawl into our beds and watch 45 minutes of the sisters eating their infamous salads and saying “Bible” over and over again.