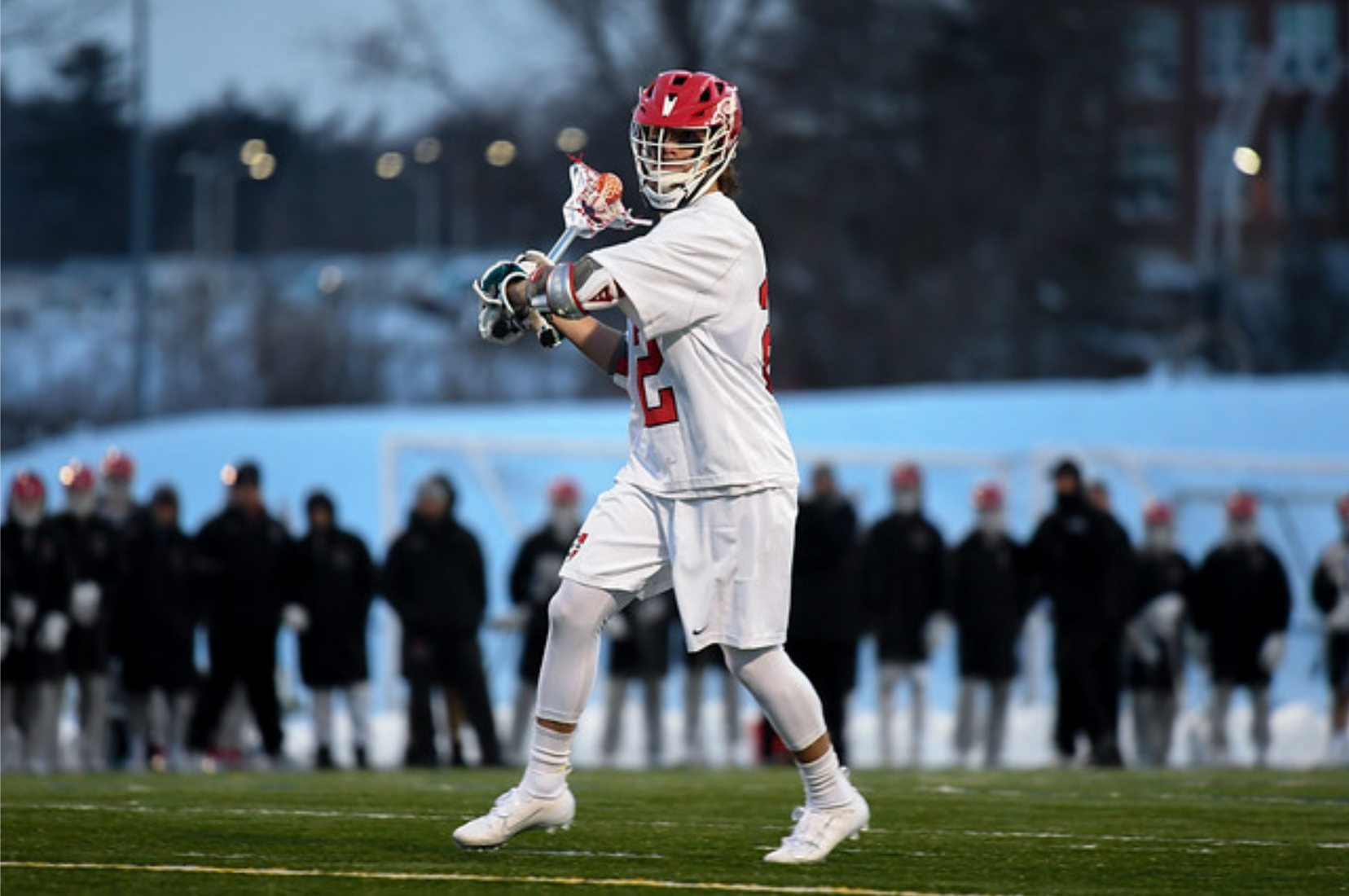 The men’s lacrosse team bounced back from a tough loss on the road versus No.1 Amherst to upset No.3 Tufts in a comeback victory at home last Saturday. The Cardinals edged out the Jumbos by a close score of 10-9 before beating out the Trinity Bantams 21-6 the following Tuesday. The two wins moved the team’s record to 9-2 (5-2 in conference), and they moved up to number four in the country for Division III lacrosse.

In front of an energized crowd on Jackson Field, the Red and Black jumped out to an early 5-2 lead over Tufts before the Jumbos scored four straight to take a 6-5 lead into the half. The second half was back and forth as the teams traded goals. Tufts took a 9-8 lead early in the fourth quarter but did not get on the scoreboard for the rest of the game; rather, the Cards scored twice in the last 12 minutes. Christian Barker ’19 scored the game-winning goal with just over two minutes to secure the victory. Overall, Ronan Jacoby ’21 and Tom Martello ’20 each scored three goals to lead the team, while Otto Bohan ’20 made 13 saves on the day. Wesleyan was able to secure the win despite being outshot 40-37 by Tufts and going 0-7 in man-up situations. 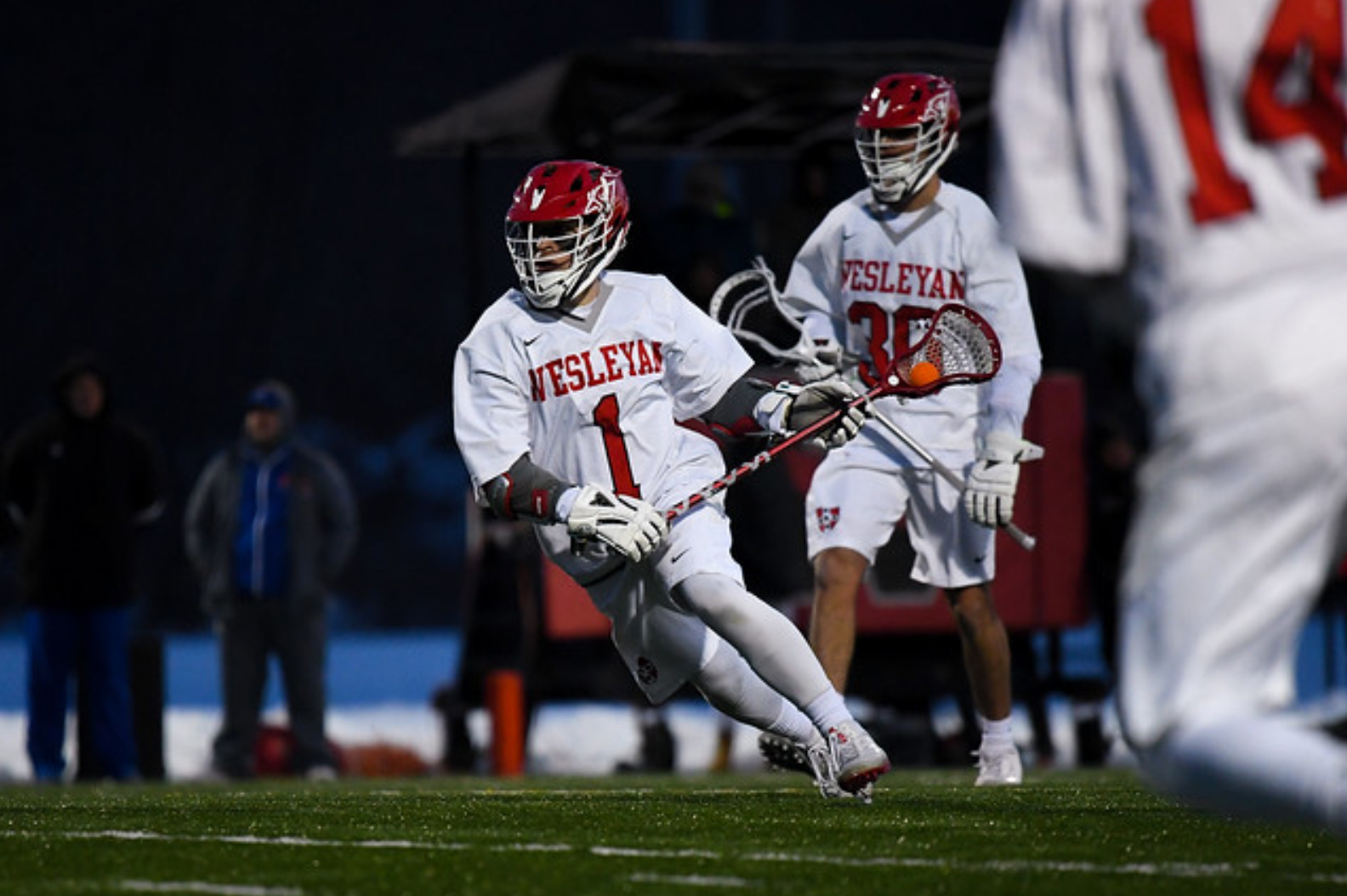 The team used that momentum to good effect in a strong performance against Trinity. The game was never really that close, as the Red and Black had a 9-2 advantage at the half that included a buzzer-beating goal by Scott Irwin ’19. The team then went on to outscore Trinity 12-4 in the second half. Jacoby once again led the team in goals with five as Bohan made ten saves in the victory. Martello also added four goals to go along with Jacoby’s five. The Cardinals were also dominant on the defensive front, forcing 26 Trinity turnovers in the game and refusing a Bantams score on any of their man-up situations.

Captain Chad Malinowski ’19 is proud of the team’s overall performance in these past two games and the strides it has made in all facets of their game.

“The team looked really good against Tufts and Trinity,” Malinowski said. “I think we are really starting to come together and are playing our best lacrosse of the season. Tufts was a total team effort. The defense as a whole played very well. Otto Bohan came up with a couple of big saves, and short-stick defensive midfielders Sean Penney and Corey Aviles both had outstanding games. Our face-off guys were able to really get us a lot of extra possessions and our offense provided a lot of good possessions and scoring. Ronan Jacoby has really stepped up the past games and is becoming the dominant force our team knew he could be.”

Malinowski added that the energy of the fans on Saturday was an extra bonus to an already exciting matchup with Tufts.

“Playing games in the Bird Cage [Jackson Field] are always fun,” he said.“The energy the fans bring gives our team a lot of energy and creates a really great environment for our team. It makes it a challenging place for opponents to play and fosters a real home field advantage.” 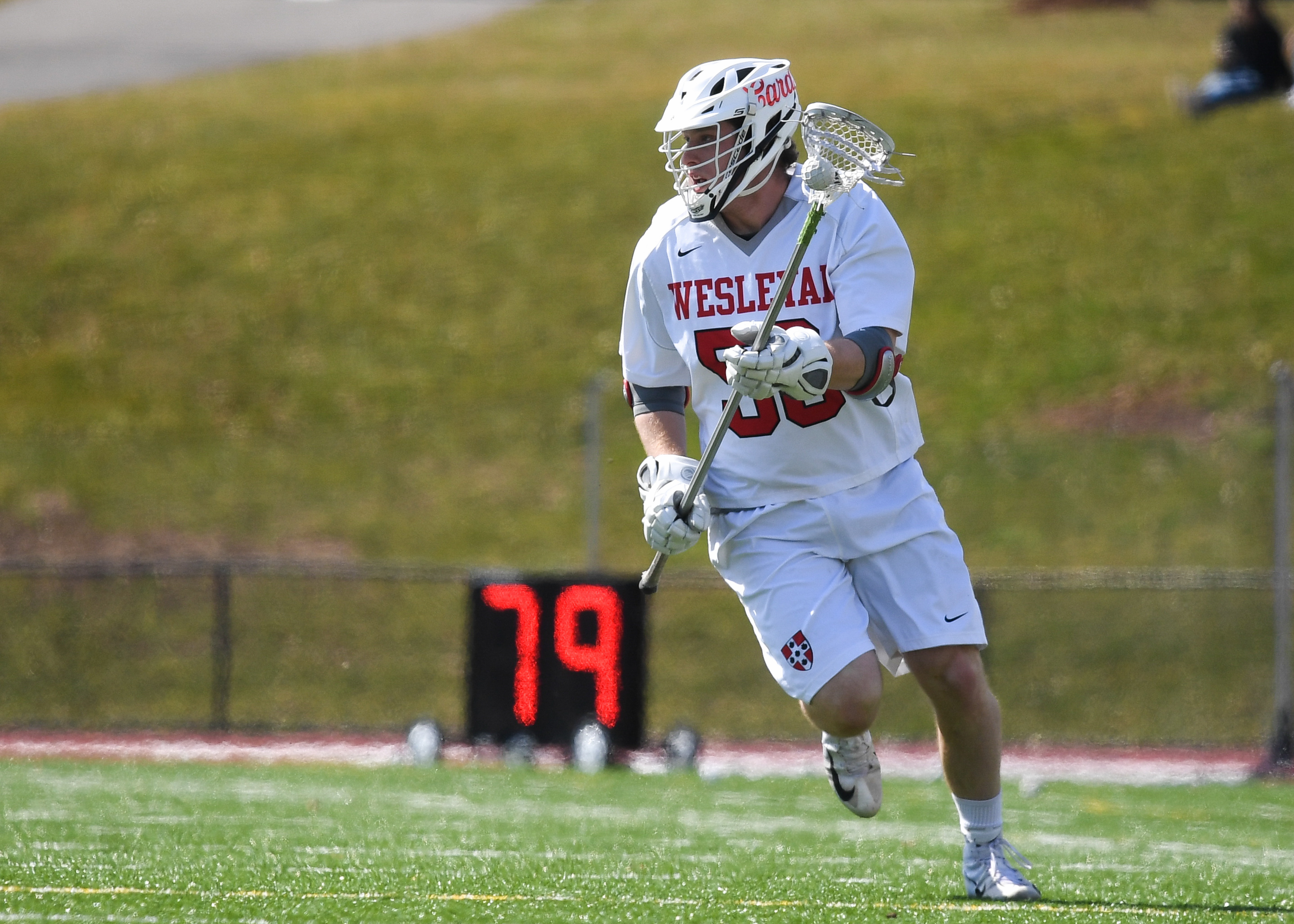 Malinowski also stressed that despite all the attention on the Tufts game, it was important that the team came out with a purpose and played to their potential against Trinity.

“Every game is just as important,” he noted.“The NESCAC is a very tough league and all the opponents are very tough. We tried to make sure we had great energy because in our league, anyone can beat anyone.”

Next up, the Cards challenge Bowdoin on the road this Saturday.

Malinowski says that the best way to keep playing at a high level is to continue to refine and adjust their play, making sure they are always at their best.

“I think the positives are that all aspects of the game are really starting to come together,” Malinowski said. “We have a lot of things to clean up but, as a whole, we are doing things well and have the luxury of being able to focus on smaller issues to really improve our game.”

Come out and cheer the Cards at their next home game on Senior Day on April 20 as the Cardinals take on Hamilton at noon.

David Gottlieb can be reached at dgottleib@wesleyan.edu.