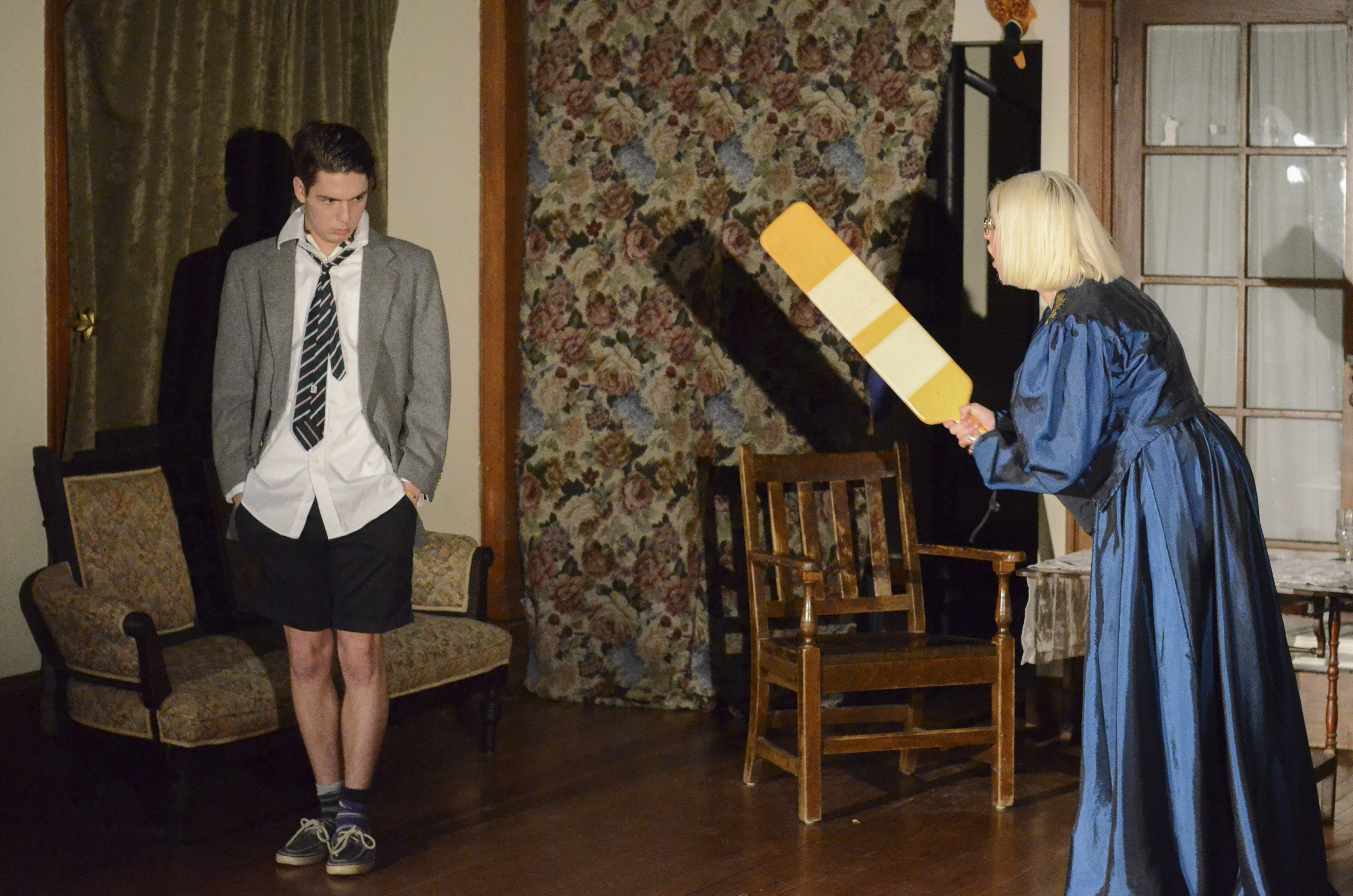 Somehow fitting a secret marriage, a long-lost child, a life-threatening coma, and more than one case of potential incest into its hour-long runtime, “Three Dead Jaguars,” which went up this past weekend in Alpha Delt, is a high-energy romp through the lives of one profoundly unlikeable family.

The play, which was co-written by Nate Krieger ’20 and Gus Viveiros, focuses on the Cartwrights, a filthy rich (their money, apparently, comes from owning both The New York Times and The Washington Post) and deeply out-of-touch family. The audience is given brief glimpses into the day-to-day lives of the senior Cartwrights (Matt Grimaldi ’21 and Avery Pedell ’21), which seem to consist primarily of such classic rich asshole activities as day-drinking, verbally abusing the domestic staff, and cheating on each other with the tennis instructor. However, this relative domestic stability is immediately turned upside down by their son Thomas (Alvaro Chavez ’21), who arrives home after being expelled from his boarding school to announce that he is engaged to a girl. And not just any girl; Thomas’s fiancée Bunny (Kimberly Wipfler ’21) is none other than a member of the middle class, a concept that his parents are wholly unfamiliar with. Naturally, when Bunny and her family meet the Cartwrights, chaos ensues. 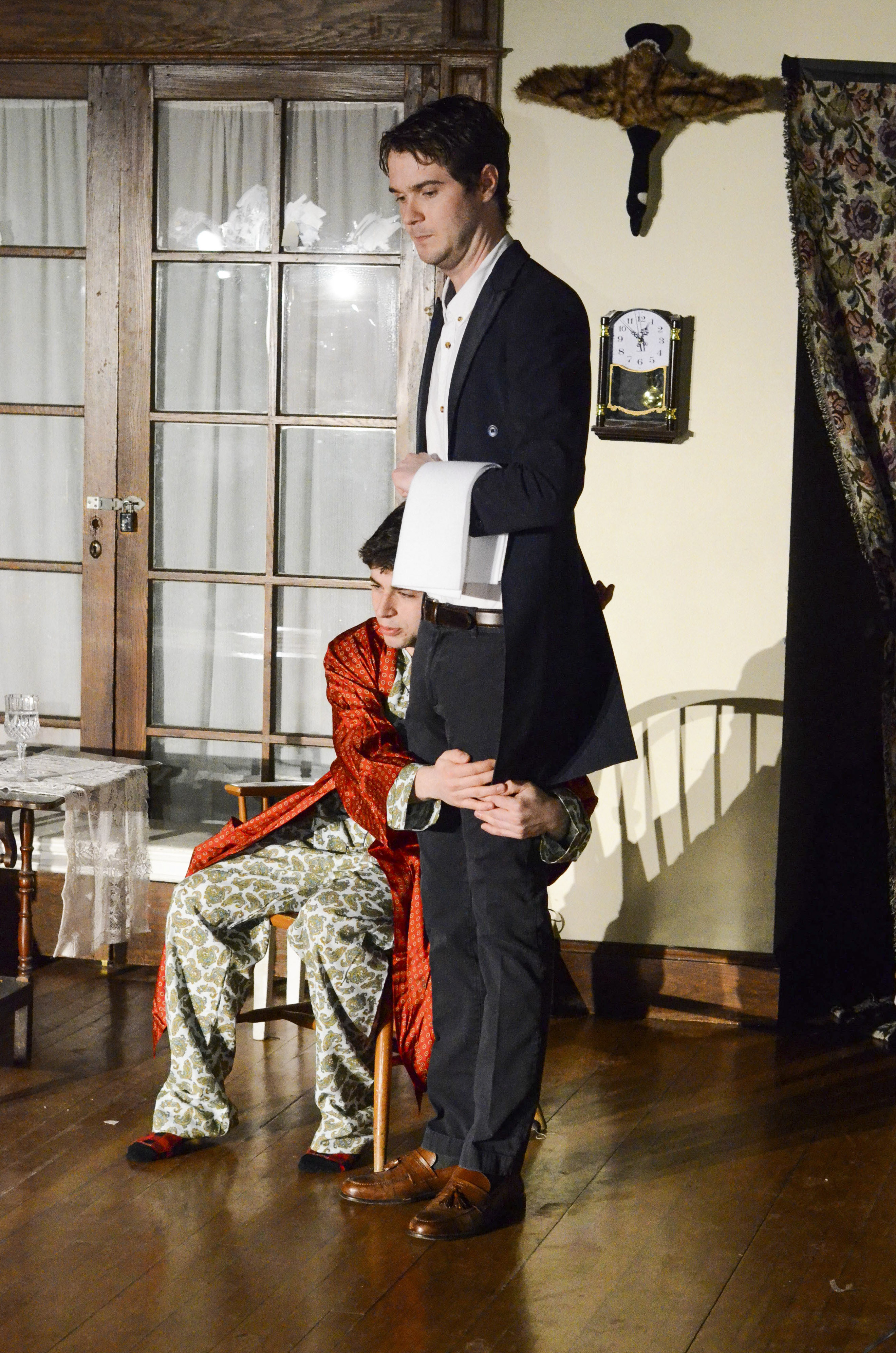 For viewers who have already seen “The Rumpus Room,” a previous collaboration between Krieger and Viveiros that went up on campus in fall 2017, “Three Dead Jaguars” will feel familiar. While their settings—a college dorm for the former and a stuffy Upper East Side apartment for the latter—could not be more different, both plays share the same penchant for larger-than-life characters and madcap dialogue. “Three Dead Jaguars” is absolutely packed with jokes and one-liners—at times, it feels like every other line is a punchline—and the cast is clearly working hard to keep up with the high-energy script. All three members of the Cartwright family are memorably unhinged. Pedell’s imperious Mother (no, she doesn’t go by any other name), speaks with a geographically perplexing accent that can only be described as “posh.” Grimaldi’s easily enraged Paul Sr. regularly takes potshots at hapless mailmen. Alvarez’s imbecilic Thomas accidentally drowns multiple pet puppies after mistaking them for goldfish. But even the supporting characters like Bunny and the Cartwrights’ butler-slash-possible-illegitimate-son Paul Jr. (John Cicco ’20) have a certain manic energy. The cast is clearly having a lot of fun—at times, perhaps too much (I’m not here to judge anyone for occasionally breaking character, but certain scenes felt like watching a Jimmy Fallon “SNL” skit)—and for the most part, their enthusiasm is infectious. The best parts of “Three Dead Jaguars” carry the audience along on a wave of joyful absurdity. This level of energy isn’t always sustainable however, and it occasionally grows exhausting to watch scene after scene that essentially just consists of characters yelling over each other as if competing to see who can chew the most scenery. So it’s a relief when Elias Benda ’19 and Alex O’Shea ’19 appear onstage a few scenes in as Bunny’s (comparatively) average parents, injecting a much-needed note of restraint into the show. O’Shea’s performance in particular—which consists primarily of her reactions to the shenanigans of everyone around her—turns out to be one of the show’s funniest despite its relative subtlety. 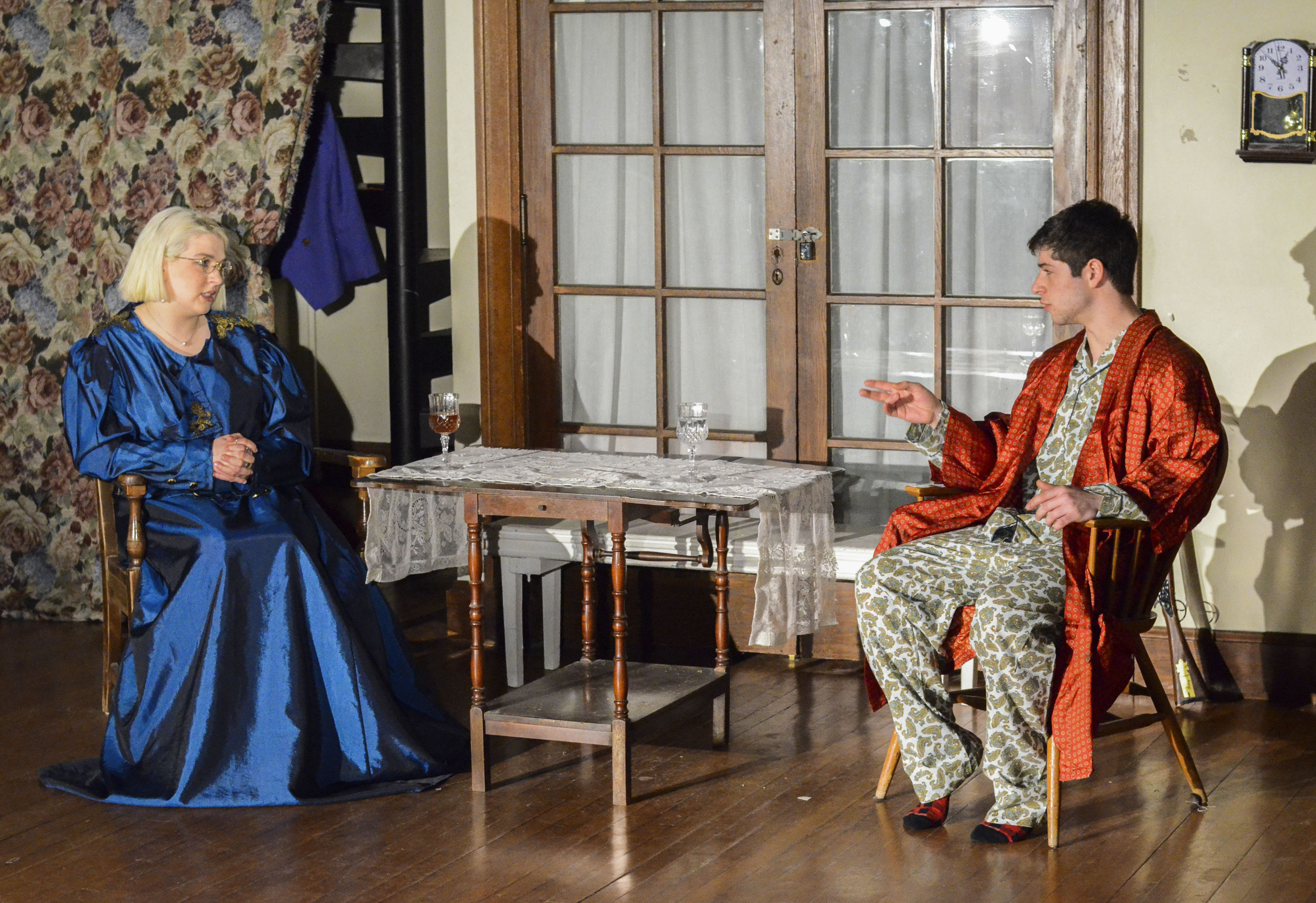 Another reason “Three Dead Jaguars’s” commitment to unceasing outlandishness sometimes veers into claustrophobic territory is the fact that the entire play takes place within the dining room of the Cartwrights’ apartment. This setting is an obvious reference to a long theatrical tradition of plays that closely examine the home life of a single (usually affluent and white) family. The show’s director’s note even directly namechecks playwrights like Arthur Miller and Tennessee Williams. It’s clear that “Three Dead Jaguars” is meant to critique a certain type of classic family drama, but what, exactly, are its criticisms? That ultra-rich white people are terrible? This might be accurate, but it’s not particularly groundbreaking. And while the wealthy Cartwrights are probably the most morally abhorrent people in the play (at one point, they admit to setting up a fake university so they can pay their employees in college credit instead of money), the constantly scheming (and possibly incestuous) Bunny and Paul are not far behind. The satirical potential of “Three Dead Jaguars” is compromised by its constant focus on making every character and event as outrageously entertaining as possible. There’s nothing wrong with entertainment for entertainment’s sake, but it doesn’t necessarily facilitate meaningful sociopolitical commentary.