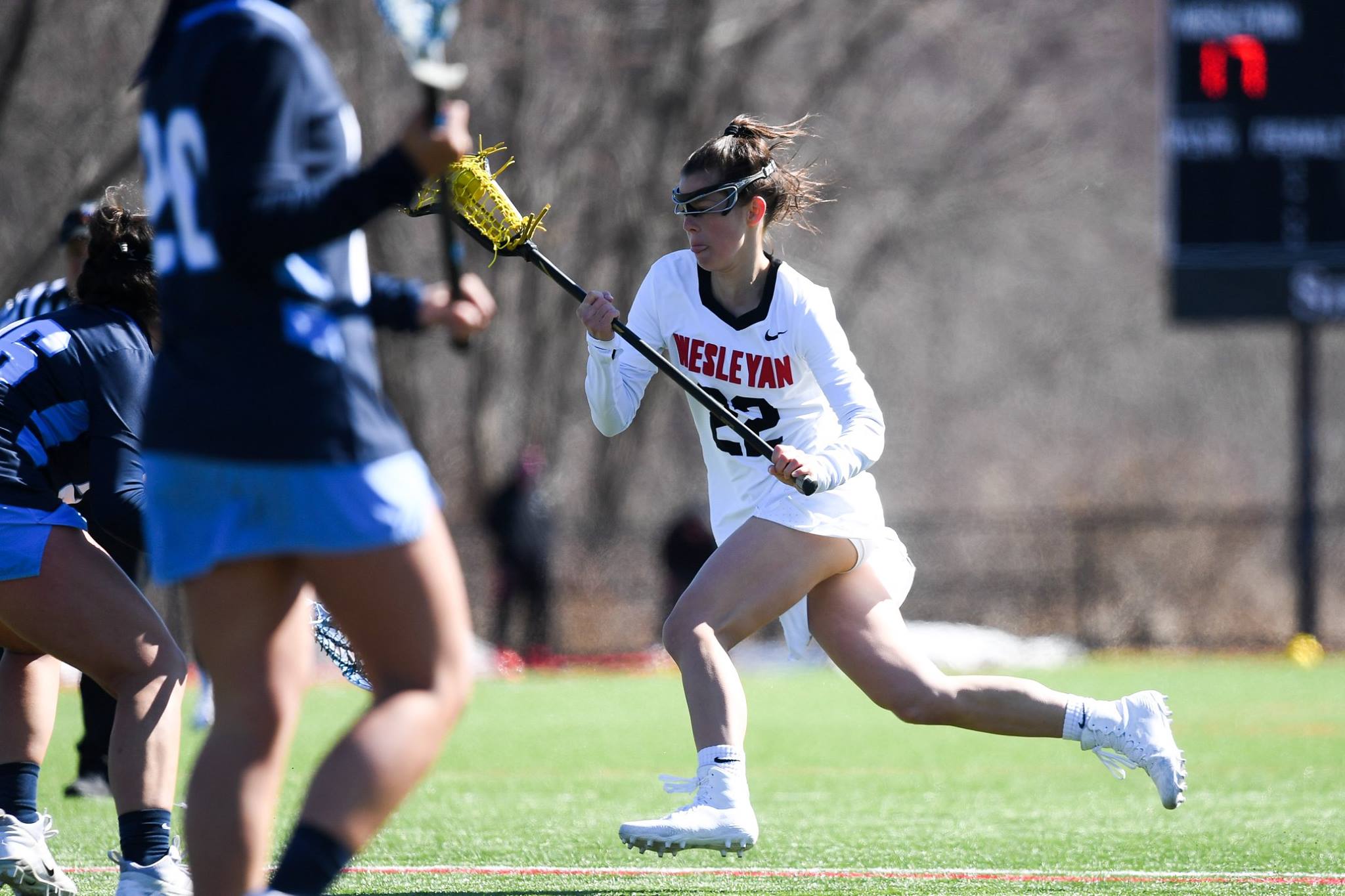 The Wesleyan men’s lacrosse team might have had more news coverage after its Nationals success last year, but the women’s team can’t be overlooked. This season, the team claims a 9-1 overall and 4-1 conference record. Its victories are far from competitive, dominating opponents with wins over five and even ten goals ahead. With a win against Amherst this week, the team now sits as the 2019 Little Three Champions and second in the NESCAC rankings.

The 2019 season started off with a slew of wins against both ’CAC and non-conference opponents. Little Three rival Williams barely stood a chance against the 12th-ranked Wesleyan team, falling 15-5 in the 2019 season opener. The Cardinals came out hot with a 6-0 starting lead, one that their opponents could never match, and the Ephs eventually fell by 10 goals. Sydney Prokupek ’21 led the team with four goals and one assist, while Caitlin Wood ’19 took four.

Wesleyan’s New York neighbor Vassar College attempted to continue its wins after a victorious season opener but didn’t hold up against a dominant Wesleyan team. Up 9-1 at the half, the Red and Black finished with an incredible 13-5 win with goals from first year Izzy Powell (three), Julia Gretsky ’20 (two), Abby Manning ’20 (two), and Wood (two).

In a return to ’CAC competition, Bates gave Wes a tough start with back-and-forth goals during the first few minutes of play. After a stalemate until 22 minutes in, Wes continued its success streak and sunk nine unanswered goals to the back of the net. While the Bobcats had a few scores in between, the Cardinals dominated once again, with a 16-6 final. 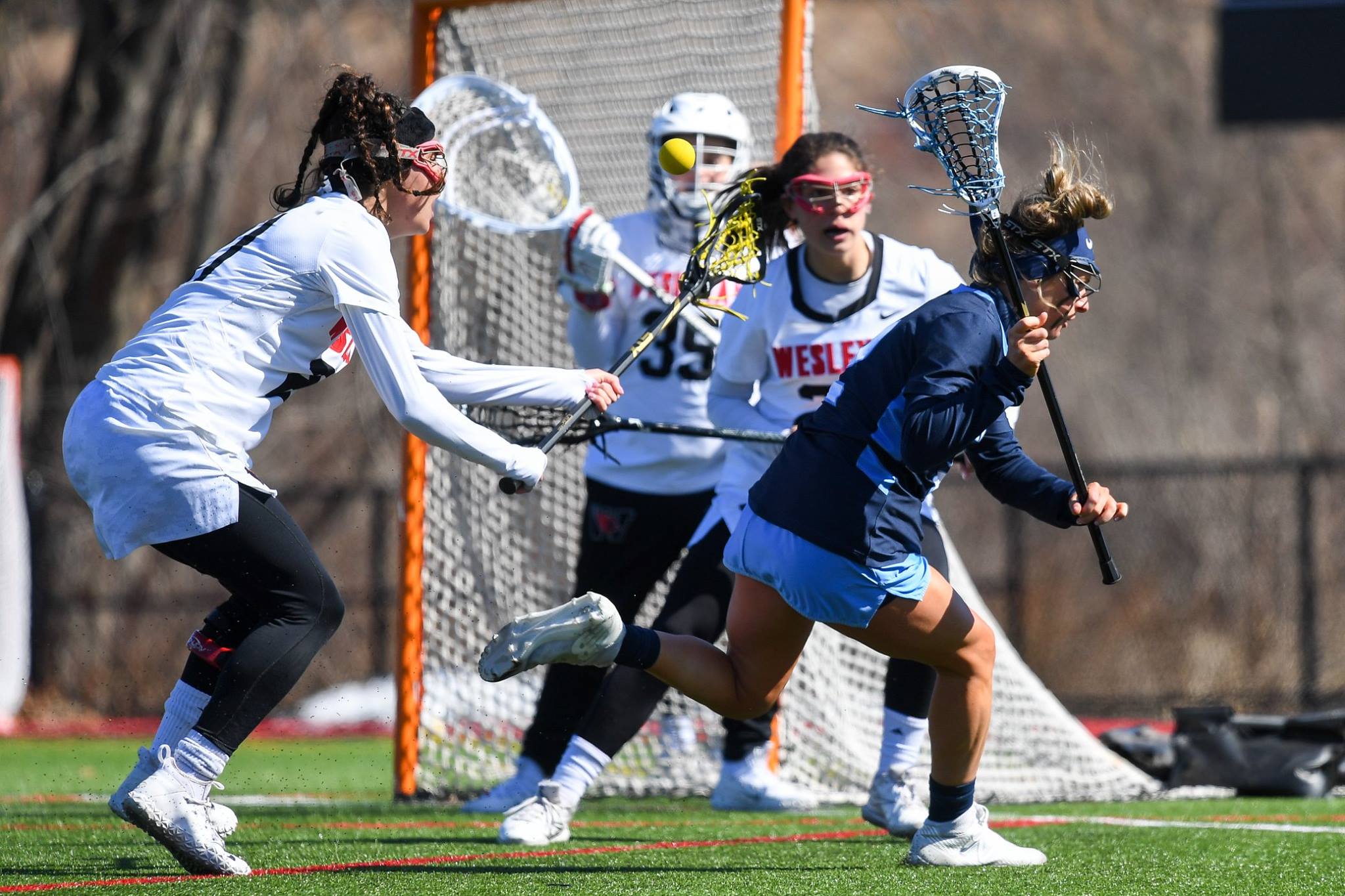 The Dirty Birds flew from home to battle against The Catholic University of America on Tuesday, March 12. They recorded an impressive 14-8 victory, the fourth of their season. Manning, who scored nearly half of the team’s goals (six), reached her 100th career point during the game.

The Cardinals’ exciting victories came to a screeching halt in a contentious matchup against Middlebury. There were high hopes for the team as they were up 7-6 with less than 20 minutes left in the game, but the 2018 Division III National runner-ups came back to take an 8-7 win. No. 6 Middlebury is currently tied with Wesleyan in the NESCAC with a 4-1 conference record; it fell to Bates during their first matchup of the season.

Wesleyan finished out spring break with two crushing wins over Babson College and Kean University, taking ten-plus goal victories of 15-5 and 18-7, respectively. In the game against No. 25 Babson, Abigail Horst ’19, Manning, and Wood, each claimed three goals; Emi Ogden-Fung ’19 took two;  Johanna Copeland ’21, Prokupek, Allie Damren ’20, and Rylee White ’21 scored one each. Up against the Kean Cougars, Manning lead the charge with five goals, followed by three from Wood and Copeland and two from Prokupek.

Returning to the academic grind did nothing to stop the Cardinals’ fire. In a matchup against Stevens Institute of Technology on Saturday, March 27, the team posted its most decisive victory of the season. The Ducks barely got in a quack in as the Cardinals made the Hoboken field their nest, dominating with a 16-3 finish. Manning led the fleet once again on offense, scoring six goals and managing one assist. Horst followed with a valiant effort of four goals. 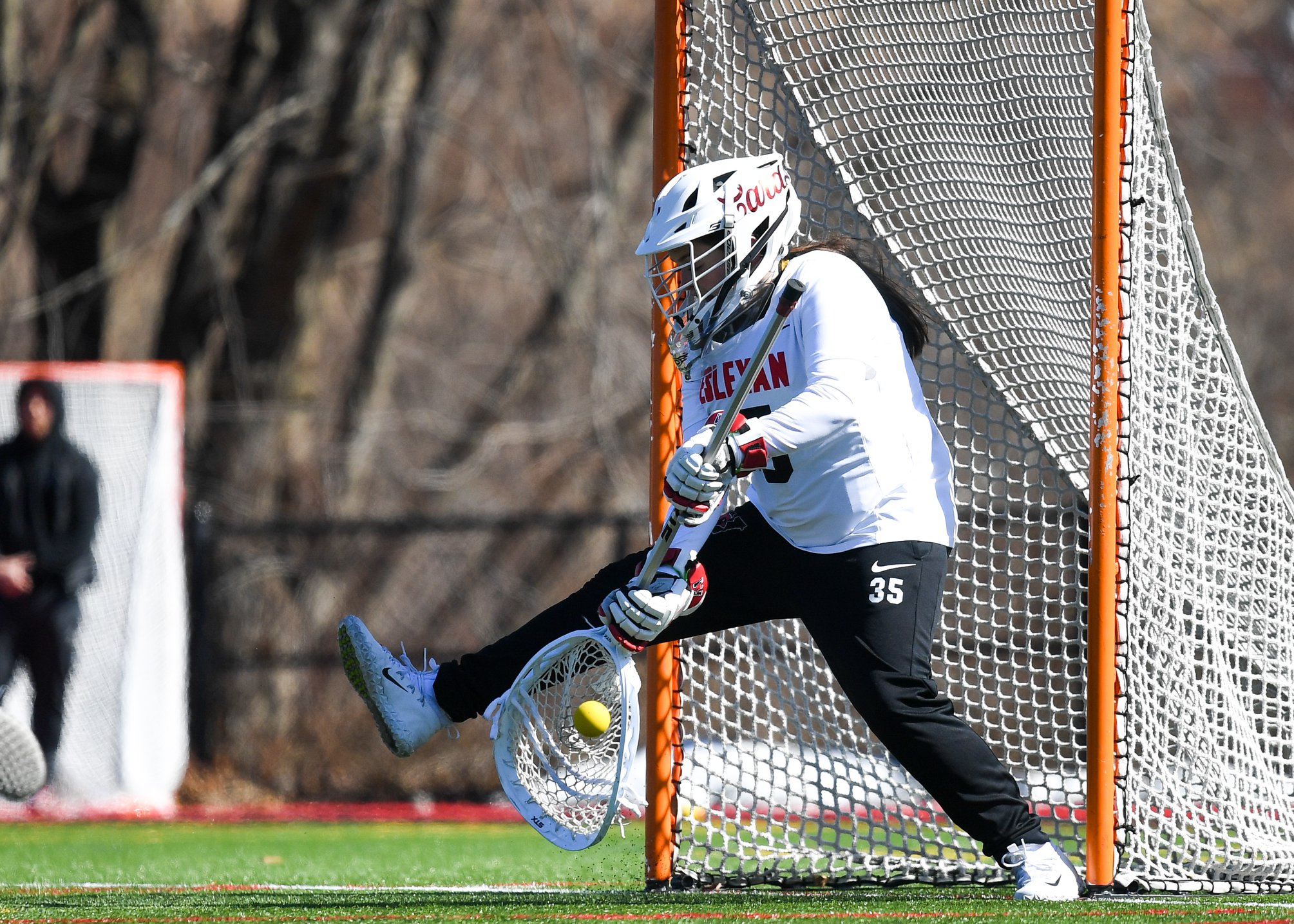 The Red and Black have been back in the ’CAC in their most recent games, taking on Colby last Saturday, March 30 and Amherst on Wednesday, April 3. Despite its No. 11 ranking, Colby did not manage to top the 12th-ranked Cardinals, dropping 3-2 in the conference, where the team sits in fourth place. Early in the game, the Dirty Birds took a quick 7-0 lead and weren’t answered until just 12:35 to go in the first half. After a goal from the Mules, the Cardinals responded with three more scores. Colby edged in one more shot, finishing the half at 10-2. Wesleyan lost part of their dominance in the second half, going back and forth with Colby on the goals, but nevertheless coming out on top. The game finished with a goal from Manning at 1:36 on the clock and a 16-6 win.

In their most recent effort, the Cardinals completed an incredible overtime victory against Amherst to take the 2019 Little Three title. Things didn’t look hopeful for the Cardinals at the start of the game, when the Mammoths barraged their way through the Wesleyan defense to score four unanswered goals within 15 minutes. The Cardinal struck back with four goals, started by a shot from Manning that totaled her 100th career goal. After a silent ten minutes, the teams went back and forth until Wesleyan finished out the half in the lead, 6-5. The Cardinals continued to dominate the first part of the second half, holding out their advantage at 10-6 with 13 minutes to go. Yet the Mammoths powered up and repeated their early game affair, taking four goals and tying it up at the end of the second. There wasn’t much to worry about in overtime, as Prokupek swooped in and scored after just 41 seconds. With the goal, the Cardinals took the Little Three title and improved to 4-1 in the conference, where they are now tied with Middlebury for second place.

The teams take on more ’CAC competitors in the upcoming weeks, starting with a game against Tufts on Saturday, April 6. Tufts is currently undefeated in the league, sitting in the top coveted spot with a 5-0 conference record. After the Tufts square off, the team will take on the rest of the NESCAC with games against Trinity (tied for fourth), Bowdoin (tied for sixth), Hamilton (tied for ninth), and Conn. College (eleventh).