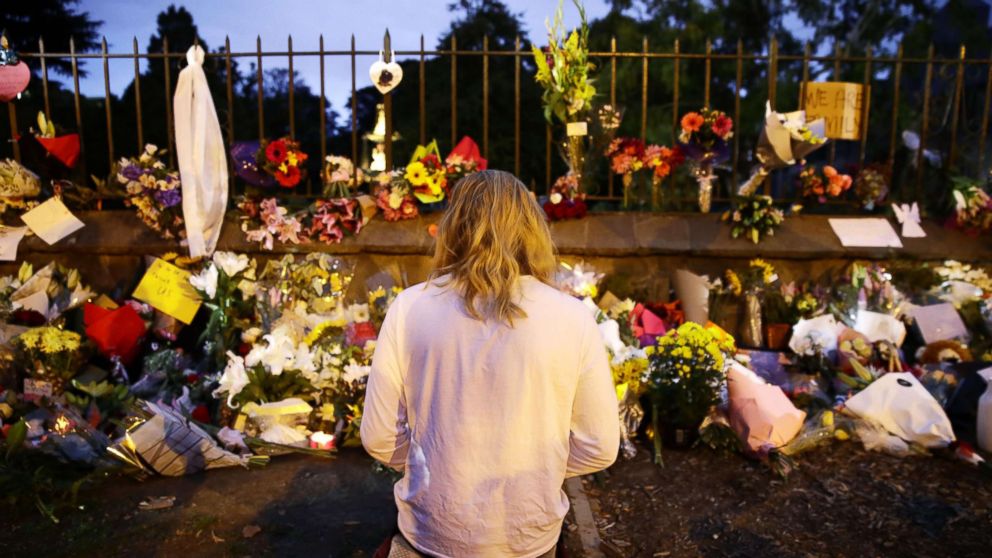 On March 15, an attack on two mosques in Christchurch, New Zealand left 50 dead. The families of those victims have been met with worldwide support and solidarity, but the shooting has drawn Islamophobia and white supremacist radicalization back to the forefront of international consciousness. Muslim students at Wesleyan have mobilized to support these families and survivors, brainstorming letter-writing campaigns and vigils with the collaboration of the Wesleyan Jewish Community (WJC), who faced a similar tragedy in Pittsburgh last year.

The president of the Muslim Student Association (MSA) Mo’ath Almahasneh ’21 was on campus over break and went to a small Islamic center in Middletown in the wake of the attack.

“When we got there, there were two bodyguards outside the door, which really put things into perspective,” Almahasneh said. “There’s been a variety of reactions. I come from Jordan, so I’m desensitized to these kinds of things. In the Middle East, we get [these kinds of events] all the time on the news. With Iraq and Syria, it’s a risky neighborhood to be in. Others were shocked…. They thought they couldn’t go to mosques; they couldn’t be themselves because their identity was under attack.”

Over break, Almahasneh met with a small group of students and faculty, including Rabbi David Teva, on campus to discuss courses of action. The MSA has several plans in the works, including a potential vigil, but a campaign brought up by Amira Leila S. ’19 has become one of the more tangible ways to show support for the affected families. Their own experiences with grief and personal loss led them to search for ways individuals could convey solidarity in a physical, lasting way—beyond social media or thoughts and prayers.

“It is really hard for someone to lose a family member to something so violent, and I thought to myself, ‘What is something more concrete that will actually reach them, instead of just something on the internet?’” Leila S. said. “When my brother died, I realized it was nice to have something tangible, to have a physical object you can hold onto that’s a show of support.”

Leila S. decided to hold a letter-writing campaign, where participants can submit their message via a Google form and Leila S., with other members of the MSA, will then print and mail the letters to the two mosques affected, the Al Noor Mosque and the Linwood Mosque. Leila S. has approached the Resource Center to fund the postage for these letters, since they will be traveling quite literally across the world.

“With student activists, you’re always trying to find the most effective way to get the word out, and even though people are enthusiastic you have to find what’s the most effective way to mobilize that, to manifest that commitment into an action,” Leila S. said. “I’m a big fan of letters, so I really want to reintroduce that back into our common ways of interacting.”

As a Freeman Scholar from Indonesia, Leila S. acknowledges that the Muslim community can host a variety of cultural and national identities, but tragic events often bring disparate views together to form a more cohesive community.

“When events like these happen, people often look to us [Muslims] to see what we’re going to do, how we’re going to react and respond,” Leila S. said. “I hadn’t been as active in the MSA recently, but since I still consider myself culturally Muslim, it made sense to become active again for this event.”

Imam Malik Shakoor also stresses the importance of unity at this time, and considers the event an opportunity to set aside differences.

“I hate to see these kinds of events, but it brings people together…from different religious backgrounds, from different cultural backgrounds,” Shakoor said in a phone interview. “It opens that door of hope, it starts building that bridge between communities. At the end of the day, we’re all brothers and sisters. I hate that something like this would have to be that bridge builder so that we can all come together and get to know one another.”

In the wake of the shooting, several student groups and chaplains reached out to Shakoor and the MSA, including the WJC. In an email to the MSA written on behalf of the WJC, Yael Krifcher ’19 and Joshua Nodiff ’19 expressed condolences to the Muslim community and recognized their own role in combating Islamophobia.

“We see the pain of our Muslim peers. We stand unequivocally in solidarity with the Muslim community, both on this campus and beyond this campus,” the email stated. “As Jews, it is not enough for us to denounce white supremacy and Islamophobia. We must also dedicate ourselves to fighting the Islamophobia that exists within our own community, and to taking accountability for our own actions. We reaffirm our commitment to becoming better allies to our Muslim brothers and sisters.”

Another Muslim student, Azher Jaweed ’19, is a history and Environmental Studies major who read the entirety of the shooter’s 74-page manifesto, which contains several allusions to a white-supremacist form of environmentalism called “green nationalism.” Jaweed disseminated the manifesto to his fellow classmates in a petition, amassing signatures to denounce the shooter’s views.

“We oppose the attacker’s cooption and perversion of environmentalism. His advocacy for eco-fascism—a white nationalist ideology that positions racial purity as the only way to save the planet—is a wicked reminder of the bigoted tropes upholding climate violence,” the petition stated.

“I collected some signatures so far for the response to the New Zealand Attacker’s Manifesto, but my thesis work had kept me from collecting more at this moment,” Jaweed said in a message to The Argus. “My goal is to have all faculty and majors in the College of the Environment to sign their name by the first week of April or so.”

Imam Shakoor values the support seen from fellow members of the Wesleyan community.

“It means a lot,” Shakoor said. “It shows that there is support, that there is a bond of human love regardless of religious or cultural preferences. That’s a whole lot to the MSA. It saddened the community so much, but to have that love meant a lot and inspired the MSA to do something in return. I’m very proud of them.”

The attack does not change Shakoor’s views and goals for Muslim students on campus, and the Imam continues to emphasize the importance of education in his work.

“The approach is being more active,” Shakoor said. “I’ve always encouraged students to be a part of other groups, to be involved, because you get to meet unique people and put things aside…. To get to know the people, to understand that person and build a relationship, it starts opening these doors.”

Almahasneh is optimistic about the future of the MSA, which he envisions to be more of a social space for students to explore their cultural identity. The MSA recently updated their board structure to add four new Vice President positions, all of which are currently held by women.

“However you connect to the religion or culturally, like if you believe it or you don’t, if your dad is Christian and your mom is Muslim or however you relate to it, I just want it to be a place to feel that out and feel welcome,” the president said. “This year the freshmen are enthusiastic about the group; they feel connected. Fifteen of them show up regularly and they’ve brought new energy. The previous board did a lot of logistics; they did the hard work and now we’re doing the soft work. More relationships, more social.”