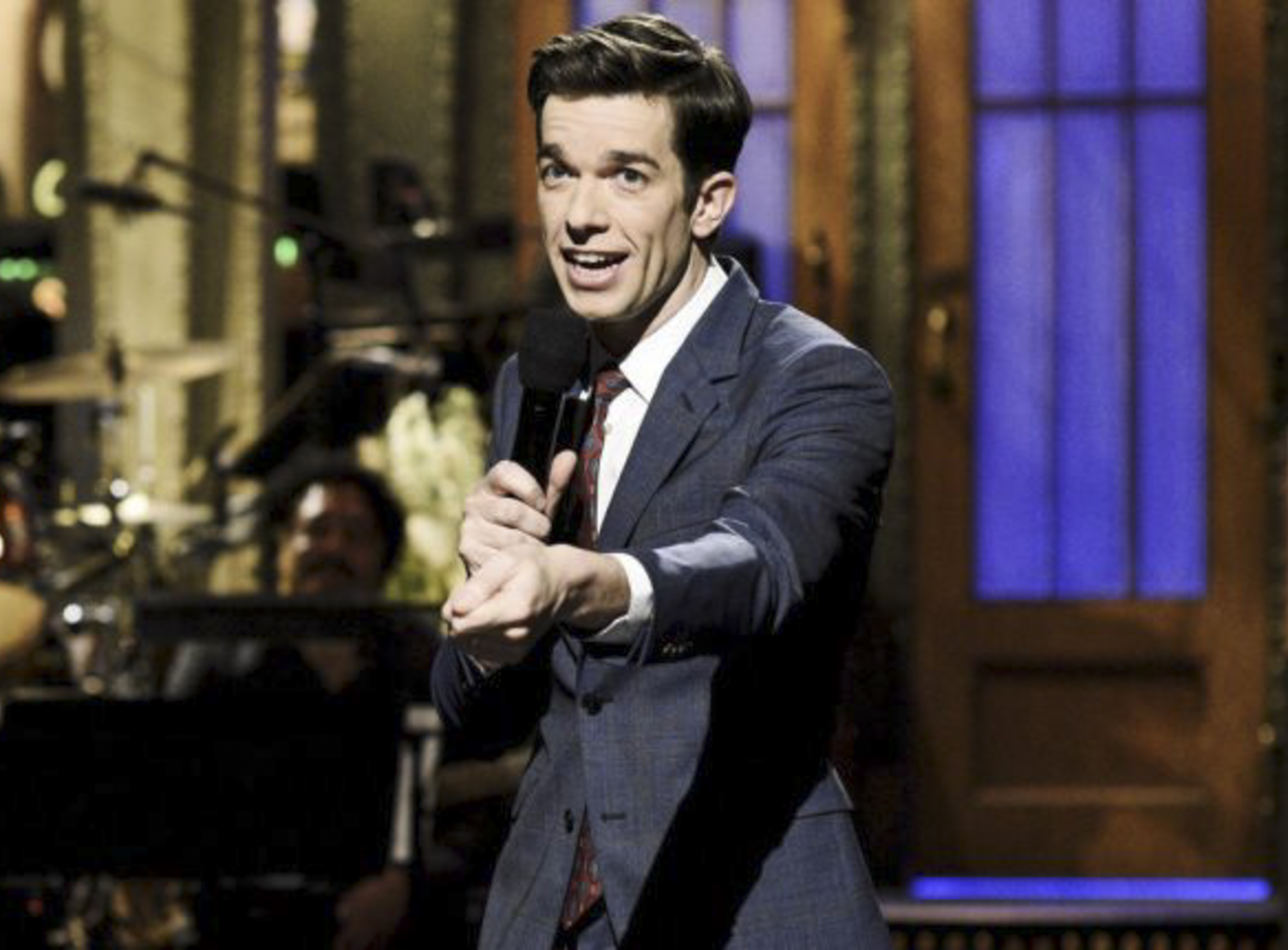 It’s pretty commonly acknowledged that “Saturday Night Live” hasn’t been at the top of its game recently. It wasn’t long ago that it was stacked with several heavy-hitting cast members, like Bill Hader, Kristen Wiig, and Fred Armisen, just to name a few, and consistently delivered laughs. Even after those members left, the show still remained a source of sharp, pointed political satire, often aimed directly at Donald Trump, the then-presidential candidate. But nowadays, a great, or even good, sketch is becoming more and more rare. “SNL”’s most recent episode, hosted by John Mulaney, was a welcome escape from these problems; but, at the same time, it also highlighted so much of what is wrong with SNL’s current season.

It’s not exactly a surprise that as host, Mulaney was outstanding. He’s become one of the biggest and best comedians of the moment, but he got his start as a writer on “SNL,” co-creating some of the most beloved sketches of the mid-2000s. It was Mulaney who spearheaded the iconic Weekend Update character Stefon, in collaboration with Bill Hader.

But plenty of other recent hosts have had no shortage of charisma; what distinguished Mulaney’s hosting gig wasn’t just his own talents, but that the show actually decided to utilize them properly. Take the “What’s That Name,” sketch, a gameshow in which contestants must correctly guess the name of close acquaintances whose names they absolutely should know, but absolutely don’t. Mulaney’s incredulous and perpetually annoyed persona was leveraged perfectly by the show, as he became increasingly aggravated and powerless before Bill Hader’s gameshow host.

But it’s increasingly uncommon for “SNL” to actually play to a host’s personality in their sketches. Oftentimes, the host is lazily assigned either the role with the most lines, or cast as the straight man to play against the zaniness of some other cast members. Sometimes, they’re given the opportunity to play satirical versions of their most famous characters (Jason Momoa as Khal Drogo, Claire Foy as Queen Elizabeth, etc.), but it rarely feels like the writers ever have a serious grasp of their host’s capabilities.

The political humor of this episode was also a step up from previous ones, though it also highlights the very problems with how SNL has been approaching the Trump Administration. In the cold open, the show took aim at Michael Cohen’s public hearing. Ben Stiller reprised his guest role as Cohen, though, surprisingly, the focus was hardly on him. Instead, the spotlight was on Rep. Jim Jordan (played in a surprise appearance by former cast member Bill Hader), as he repeatedly struggled to defend Trump in light of, well, reality itself. The sketch was hardly “SNL”’s best political satire, but it was an improvement over most of their recent offerings. It took some solid jabs at Cohen’s disastrous actions, and the absurdity of believing the president isn’t wildly corrupt.

But, above all, it was actually pretty funny—something that cannot exactly be said about a lot of the political humor this season. Alec Baldwin’s Trump impression has become utterly insufferable. It was funny and shocking when the now-president was merely a candidate, and Baldwin’s aggressively exaggerated facial expressions, hoarse voice, and fake wig reflected how silly Trump seemed back then. Now, after seemingly countless sketches, in which Baldwin’s impression hasn’t changed or evolved in the slightest, any satire directly involving Trump has become intolerably unfunny.

Other political sketches have similarly relied on broad caricatures of political and media figures who are, well, broad caricatures of themselves. I’m sympathetic, to an extent, towards “SNL”’s current political problem. The people who run our government, and the Fox news propagandists who support it—they’re all pretty ridiculous on their own. Satirical comedy is often based on heightening the absurd elements of reality—taking real political moments and exaggerating them for laughs. In today’s political climate, everything is already so ridiculous, that it’s hard to exaggerate political absurdities much further. It’s hard, for example, to make Michael Cohen any sillier than he already is; the same is doubly true of our president.

But there is a limit to my sympathies. As “SNL” has proven, repeatedly, that it is capable of properly satirizing the current political moment, it has been just as wildly inconsistent in its ability to do so. A sketch involving Dianne Feinstein aggressively talking down to children about the Green New Deal is a perfect example of this (although it was tragically cut for time during Mulaney’s episode). Feinstein, played by longtime cast member Cecily Strong, begins by trying to reason with some children advocating for the Green New Deal, just as she did in a viral video on Twitter. Then, she gradually becomes more and more aggressive towards the children, eventually cursing them out. It’s a sketch that takes a specific political moment and gradually heightens it; rather than come out swinging with another insufferable Trump impression, or uninspired, imprecise mockery of one of the president’s cronies.

The rise of Youtube and other social media platforms has increasingly led to the possibility that “SNL” would become outdated or irrelevant. If everyone has the capability of creating their own viral comedic sketches, then why is a weekly sketch show necessary anymore?

And yet, there’s something about the sketch comedy of “SNL” that cannot be recreated elsewhere. There’s the talented cast, each with their own charms, talents, and specific impressions/character types to pull out each week; the appeal of the theatrical sets and costumes; and the thought and creativity that can be put into each sketch. (Having a host, on the other hand, could easily be dispensed with, especially given the show’s penchant for cameos from celebrities who aren’t hosting). But still, “SNL” has been dragging its feet for a while now, only occasionally giving us an episode like Mulaney’s. If it wants to keep its cultural relevance, it needs to step up its game.