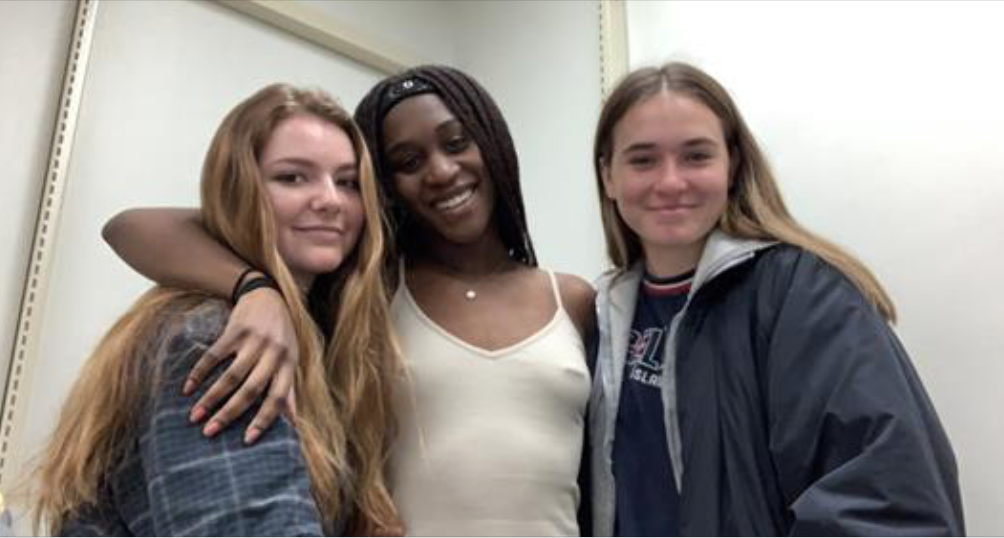 Three University students are pursuing the development of an app, tentatively called Survivors Anonymous, which will provide a platform for survivors of sexual assault to interact with one another anonymously. The app is currently aimed toward students and college campuses and is expected to provide resources and an interactive map for users in addition to chat boxes. The app’s creators—Isis Gaddy ’21, Stella Jiler ’21, and Charlotte Mittenthal ’21—are seeking funding via grants and a GoFundMe page and are currently in talks with a development company.

The creators note that the primary purpose of the app will be to allow survivors to come into contact with one another without having to identify themselves publicly. In the creators’ vision, universities would opt into using the app, and students would be able to log in with their school IDs. Users would then be able to connect to one another by entering the name of someone who perpetrated sexual assault or violence into the app. If another user has entered the same name, both users will be notified. Survivors can then enter into conversation with one another via a chat box.

“Because you don’t need to say [your name] publicly, you don’t need to do anything you’re not comfortable with,” Mittenthal explained. “All you do is anonymously write the name of the person, and if someone else has happened to write in that same name, you would get matched with them. And it’s all completely anonymous, it’s all protected.”

The app’s creators stressed that this anonymity would be a key feature of the app. Survivors Anonymous would not have any recording capabilities, nor would it have the capacity to report to universities or authorities. Chats and interactions will also be anonymous and at the discretion of the users. Users would also have the option to opt out of a chat or block another user, at any time.

The app’s purpose would be three-fold. The first aspect of the app is what the creators consider to be the most prominent: the chat boxes, which allow survivors to connect with one another, providing them with a platform through which to communicate. A second element of the app is a comprehensive database of local and national resources for survivors. Gaddy emphasized that she and her partners intend this page to be interactive and widely ranging.

The third element of the app would be an interactive map, through which users can pinpoint specific locations where sexual assault or harassment occurred. The map’s purpose would be to aid in identifying regions at which sexual assault has frequently been reported, allowing users to avoid those areas if they choose.

“If there’s a lot of dots in one place, you can avoid that place,” Jiler noted.

The creators explained that they hope to have the map updated year by year, acknowledging that as new students arrive on campus and housing is exchanged, different people will occupy different spaces. They also acknowledged that it is important students are aware of areas to avoid specifically during the “Red Zone,” a term for the first six weeks on campus, when the majority of sexual assaults take place each year. An envisioned solution is allowing users to see previous iterations of the map from earlier years.

“It’s mainly having a database of hearsay,” Gaddy explained. “So much of this information is communicated via voice, via people talking, and it’s a solidification of all that information in a place where it’s accessible to all. Because there are people here who may not be as socially inclined, and may not have the same social capital, and therefore will be significantly less advantaged than those who have a lot of friends in different groups, and are completely more aware of where to go, where not to go, where is safe.”

With regard to the map, Jiler stressed that it is important for users to be aware that pinpoints cannot necessarily be confirmed.

“Everything that you see on the app, all the points on the map, you have to allow it to be as the word of people who identify as survivors,” Jiler said. “We can’t validate every single point…. We don’t have the legal power to do that, and we aren’t going to ask that of everyone, to have everything they say be so official. We are going to invest in the benefit of the doubt.”

The creators stressed that though they could not confirm the data input from the users, the information about how each service the app provides works would be transparent, provided for all users, and accessible throughout the app. When users receive matches, they would be provided with information about the ways in which they can use the chat, and if they do not receive a match, they would be directed toward resources for survivors of sexual assault.

The creators have visions of the app expanding to college campus across the country but note that they plan to begin by applying it to the Wesleyan campus first. There are subsequent necessary next steps to ensure the app’s development, the first being securing funding. In addition to their GoFundMe, the Survivors Anonymous creators are applying for grants to develop the app over the summer. Gaddy, Jiler, and Mittenthal are also currently in communication with a local development company, Varfaj Partners, about the development of the app. Varfaj, they noted, has been incredibly helpful in determining the best ways to structure the app. The creators also said that they plan to continually be a part of the process of development, along with Varfaj. A recent meeting with a lawyer has also affirmed that the app, as long as disclaimers, terms of use, and privacy policies are presented, would be completely legal.

The creators noted that the idea for the app came from a course Mittenthal took in the fall of 2018, called The Start-Up Incubator. Mittenthal was soon joined by Gaddy and Jiler. The three assert that they are all personally invested in the development of the app.

“My motivation for getting involved is it gives survivors a way to come in contact with one another without having to go out, be super vocal about their identity as survivors and seek it out that way, but rather to use what happened to them as a way to connect with someone else, and we would facilitate that for them through the app,” Jiler said.

This app, note its creators, also takes a step further than other resources.

“This app would be doing something for other survivors—made for survivors, by survivors, in order to significantly revolutionize the occurrence of sexual violence on campus,” Gaddy expressed.

If you are interested in hearing more about the app, have suggestions for how to improve it, or wish to donate, feel free to contact Mittenthal at cmittenthal@wesleyan.edu, Jiler at sjiler@wesleyan.edu, or Gaddy at igaddy@wesleyan.edu.