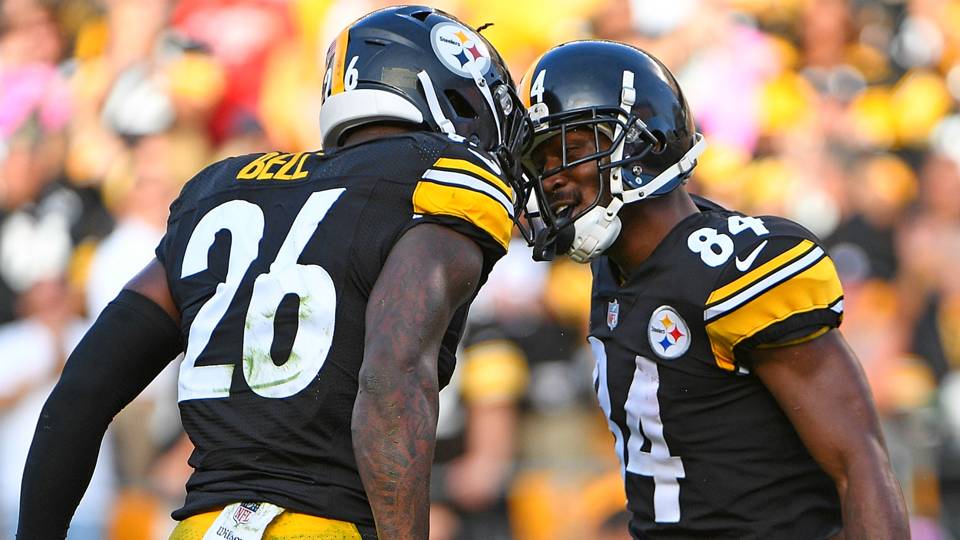 It’s kind of a slow time in the world of sports at this moment. It’s the offseason for football, spring training is just starting for baseball, it’s the doldrums of the NBA season, and I don’t care about hockey. As such, I honestly couldn’t narrow my opinions to just one singular sport or topic. And so, here’s a beautiful listicle of three fresh, piping-hot takes to spice up your Friday and take you into the weekend.

1. Waiting Until the Steelers Have Their Talent Stolen

Just a few short years ago, it looked like the Pittsburgh Steelers were the biggest rival to the American Football Conference (AFC) New England Patriots. This was by virtue of an unbelievable trio of skill position players: quarterback Ben Roethlisberger, running back Le’Veon Bell, and wide receiver Antonio Brown. Bell and Brown were the best players at their positions, respectively, and Roethlisberger was a veteran quarterback with championship experience. This team, most definitely, would be representing the AFC in the Big Game.

Of course, the NFL moves quickly and in unpredictable ways. Championship windows are perilously short—just ask the Seattle Seahawks or Denver Broncos. For the 29 teams who aren’t named “New England Patriots,” it takes a perfect storm of events, good drafting, breakout seasons, injury luck, innovative schemes, financial flexibility to even make it to a Super Bowl, let alone win one. The Steelers never got any of those things going all at once and fell short year after year.

Now, Pittsburgh fans are going to have to say goodbye to both Bell and Brown. Bell sat out the whole year due to a financial dispute with the team, and Brown requested a trade just last week. With Roethlisberger reaching the end of his career, the Steelers are increasingly trending toward an AFC North afterthought, especially with the suddenly good Cleveland Browns expected to take a leap next year.

Zion Williamson is probably the most electrifying college basketball player in recent memory. The 6’7, 280-pound forward, who alternates between storming down the court like a rampaging rhino and soaring through the air like a F-16 jet fighter, caused tickets prices for last week’s Duke-UNC game to approach ones of the Super Bowl. The crowd was fired up, excited to see Williamson take part in one of the greatest rivalries in college sports. Celebrities filled the arena; President Barack Obama casually flexed on everyone present in a custom, number-44-embroidered bomber jacket. But make no mistake, Williamson was the star of the show.

Yet fans at Cameron Indoor Stadium dropped 2,500 dollars to watch Williamson play for less than a minute. Williamson left the game after an unfortunate shoe malfunction and subsequent injury that assuredly caused Nike’s stock to plummet.

Fortunately, the likely No. 1 overall pick in the upcoming NBA draft escaped serious injury, but the question still remains whether or not he should continue to play this season. At this moment, Williamson’s value couldn’t get any higher; he looks the part of a future NBA superstar, and teams are already trying to tank in hopes of lucking into him in the draft lottery. Retaking the court at this point is simply jeopardizing millions of dollars of future earnings in the name of a few, ultimately meaningless, college games. Duke has made a boatload of cash off Williamson’s play this year, but the player won’t see a penny of it. He has every right to make a business decision, shut himself down, and start preparing for the rest of his life.

3. We have an Anthony Davis Problem.

While in Durham we have a player who shouldn’t play for a team that wants him to, quite a different situation is unfolding in the Big Easy. After requesting (and failing) to be traded last month, New Orleans Pelicans star Anthony Davis is stuck where he is. The Pelicans have absolutely no incentive to play Davis; knowing that they’re about to lose their homegrown superstar, the best course of action for the team is to tank the rest of this season and hopefully wind up with a promising young player. Furthermore, the absolute worst-case scenario for all parties involved is if Davis gets hurt; new GM Danny Ferry would almost certainly lose the opportunity to swap Davis for a developing star, such as Boston forward Jayson Tatum.

At this point, Davis would already be relaxing by his pool if it wasn’t for the league office. Understandably, commissioner Adam Silver and the NBA aren’t excited by the prospect of having lost literally the only reason to watch Pelicans games. They’ve threatened New Orleans with a hefty fine for each game Davis misses. New Orleans should go ahead and sit him anyways. Any amount of money the team forfeits is nothing compared to potentially acquiring the future face of the franchise.