Springing Forward (and Looking Back): A 2019 Guide to Wesleyan Spring Sports 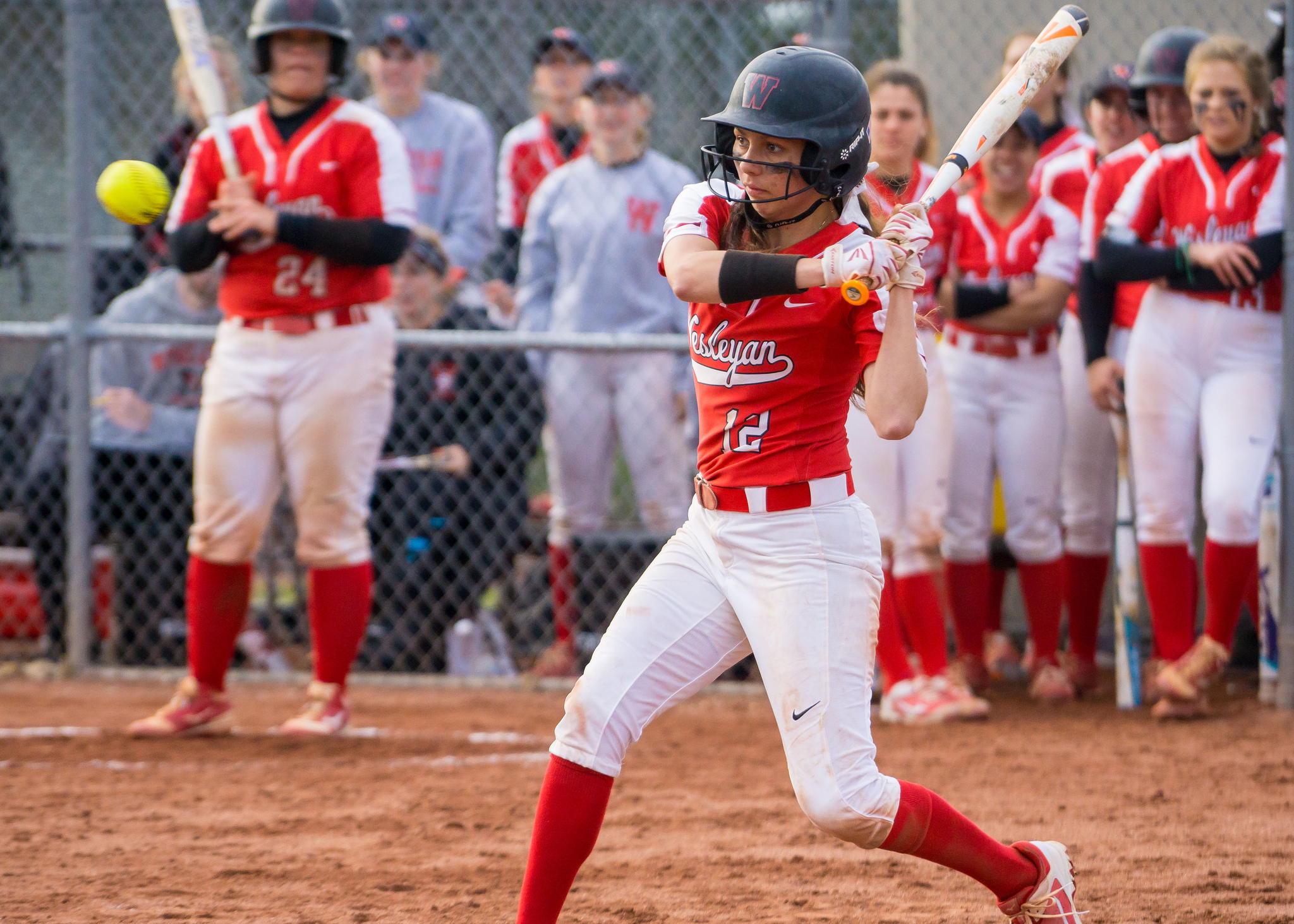 While Wesleyan’s Non-Athletic Regular Persons (NARPS, if you will) head home for spring break, many of Wesleyan’s athletics teams are headed out to start their spring campaigns. Here’s all you need to know about their 2018 successes (and defeats) and what to look forward to come their 2019 returns.

The Wesleyan men’s lacrosse team is coming off its best year in program history, starting off after a national championship victory over Salisbury University. As a result, the team earned a preseason No. 1 rank in the country for NCAA Division III. With such an impressive finish to last season, expectations are high.

“One of our major team goals is to do something that no Wesleyan team has done before in winning the triple crown [Little Three Championship, NESCAC Championship, and National Championship],” Tommy Whelan ’21 said. “To be able to achieve that, we need our returning starters to elevate their play from last year, while new contributors need to step up and make an impact in spots left open by recent graduates.”

The Wesleyan women’s lacrosse team also played deep into the NCAA tournament, topping a No. 12 and No. 18 seed along the way before losing to rival No. 6 Amherst College.

“I am very excited for the 2019 season,” Abby Horst ’19 said. “We have an extremely mature team with a deep bench. Us seniors have had the pleasure of being Coach [Kim] Williams’ first four-year class and see the program really be turned around. We have our eyes on a Little Three title, NESCAC Championship, and National Championship.”

Softball had somewhat of a tumultuous 2018 spring season, moving from some sunny Florida play to rainy Connecticut game rescheduling and cancellations.

The team had mixed results during their Florida campaign, with early wins to Rensselaer Polytechnic Institute and Lasell College before falling to Marian University, Olivet College, Babson College, Calvin College, and the College of Wooster. After the losses, the team picked up speed with a slew of wins against Elmhurst College, Clarkson University, and Lawrence University.

Back on home turf, the team succeeded in competition with Coast Guard Academy before moving into NESCAC matchups. The Red and Black bobbed back and forth with wins and losses, falling against Little Three competitors Amherst and Williams but taking victories against Bates, Trinity, and Hamilton. The team ended their season with another ’CAC loss to Tufts in the postseason, concluding with a 2-8 conference and 14-16 overall record. 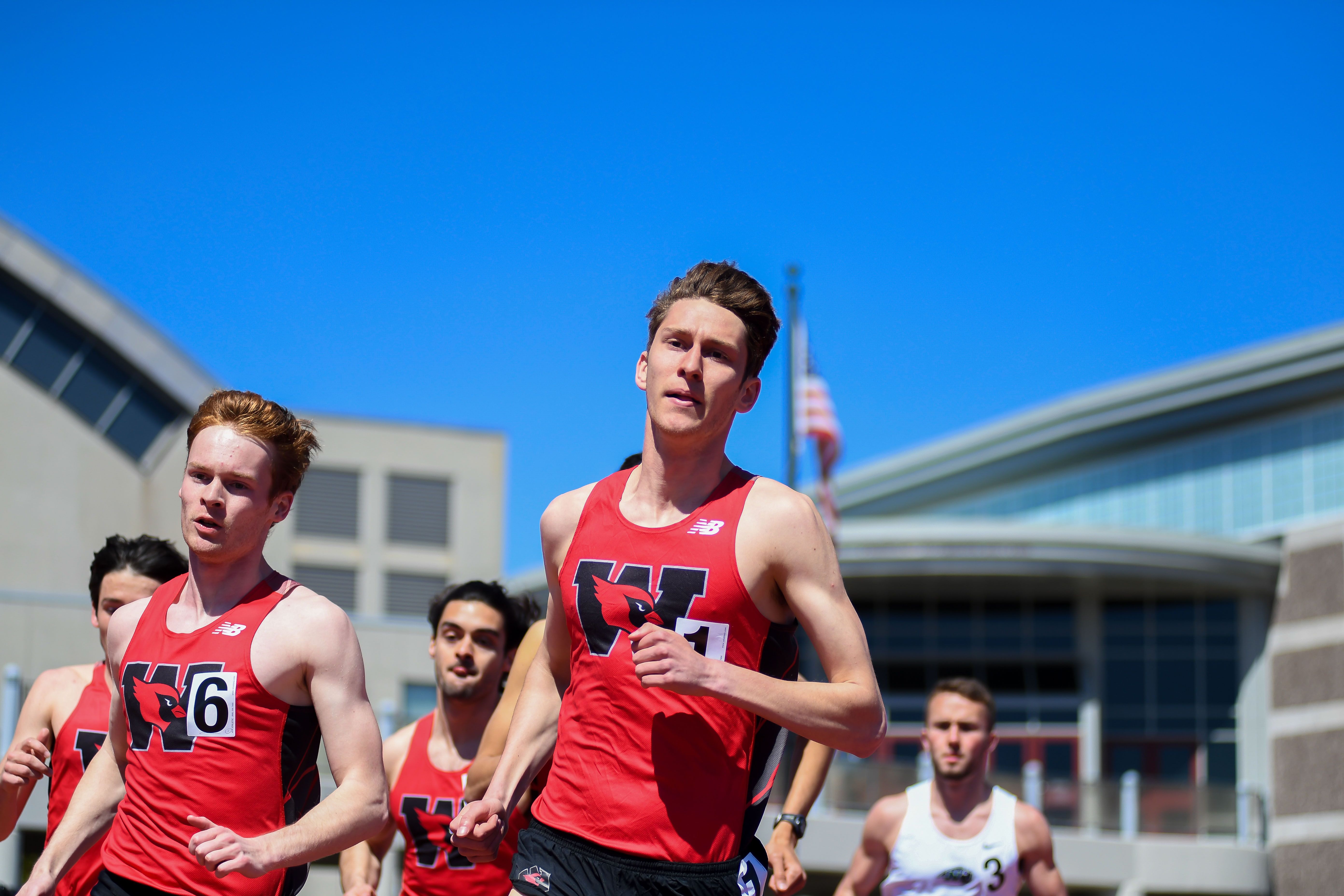 The track and field teams are currently in the midst of the indoor seasons but will soon be crossing into outdoor territory come the warm weather and the April Amherst Spring Classic.

The women’s team has been picking up their strides in indoor competition, with record-breaking attempts from Ivie Uzamere ’21 (shot put), Becky Lopez-Anido ’21 (1,000-meter), and Rhoen Fiutak ’19 (mile). Numerous top-ten finishes have come from across the board, including efforts on the track from star members Jenny Aguiar ’19, Alexandra Dibrindisi ’19, Allegra Fils-Aime ’19, Julia Mitchell ’19, Rachel Morrow ’22, Becky Velie ’22, and Sophie Scobell ’22. On the field (and track!), Katie Maehl ’19 continues to dominate in multi-event competition, taking wins in the high jump, long jump, and pentathlon.

The men’s team has some records to live up to from the 2018 season: Andrew McCracken ’19 set a pole vault record of 15 feet in the last meets of last year’s outdoor season, while Kevin DeLoughry ’21 set a 54.13 record in the 400-meter hurdles.

When outdoor competition commences, the teams will hope to work up the NESCAC rankings. The 2018 season ended with ninth (women’s team) and 11th (men’s team) place finishes out of the 11 ’CAC teams.

The Wesleyan men’s crew team has a busy schedule in store for spring, with conference matchups against Bates and Tufts and Little Three opponents Amherst and Williams.

“We’ve worked hard over the winter, and we’re excited to translate that to the water,” Ben Lynch ’19 said. “We have a great group of guys this year, and we will continue bringing enthusiasm to practice everyday.”

The Wesleyan women’s crew team finished out 2018 in style at the Head of the Fish Regatta and will look to build on their efforts in the spring. They continue their competition with a Little Three Matchup, the New England Rowing Championships, and the National Invitational Championship. 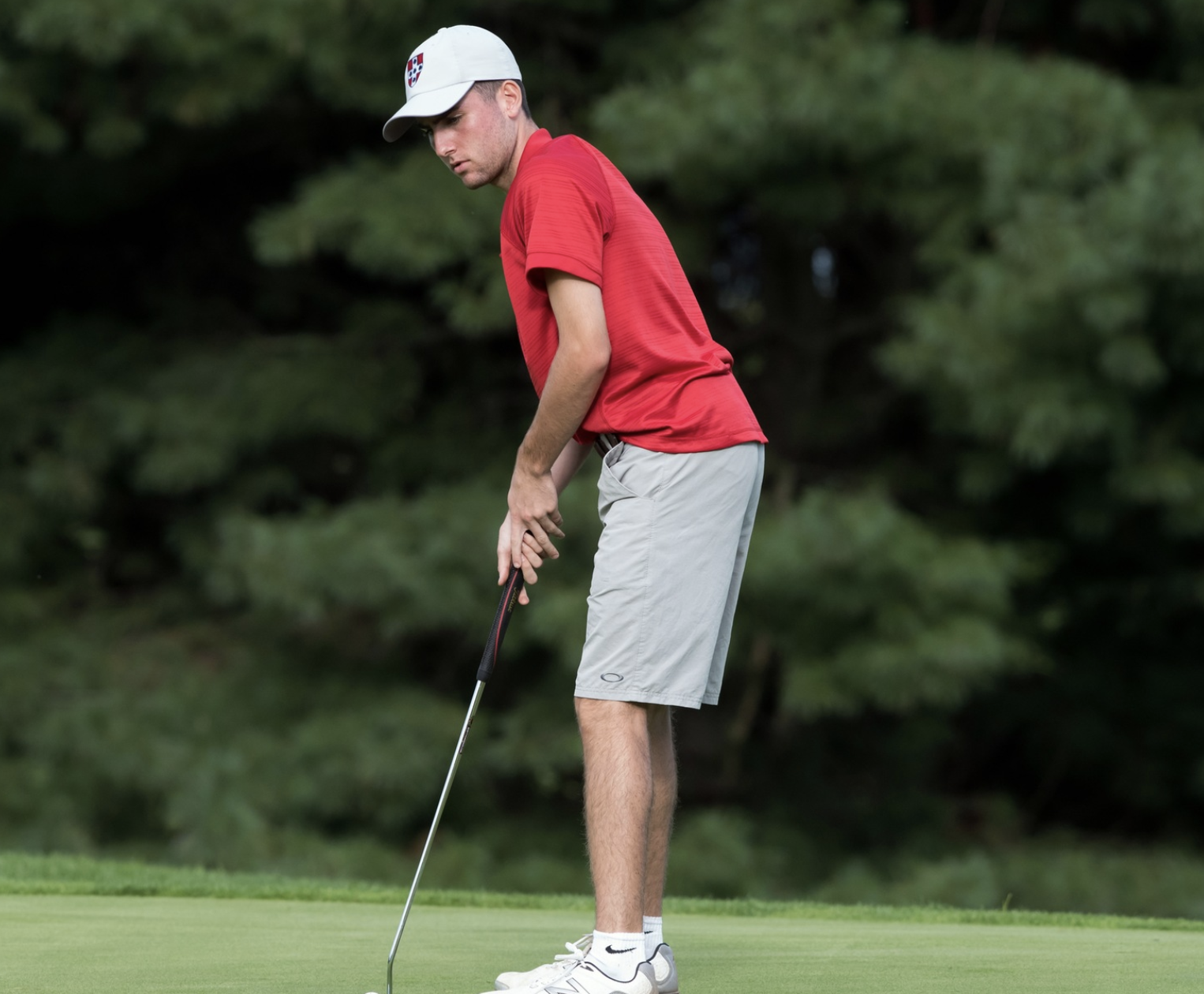 After golf’s winter hiatus, the team will be back again this spring, hoping to build off the foundation they created in the fall. The team hasn’t reached many high places in overall competition and ended their season with an eighth-place finish in the NESCAC Championship Qualifier.

That doesn’t mean the team doesn’t do well on an individual level. Efforts from the team’s first years have especially shown promise for future success. Noah Cate and Eli Epstein-Lubow made significant progress in the NESCAC Championship Qualifier, finishing in 16th (two-day score of 150) and 21st (two-day score of 151), respectively.

On the women’s side of the co-ed team, the team added two women members this fall: Emma Mehta ’20 and Meg Wiley ’22. Along with captain Saadia Naeem ’20, these members hope to use this season to prepare for the 2019-20 season, when Wesleyan’s first women’s golf team comes to play.

“The whole team, men and ladies, have really come together this off season, and I really draw a lot of support from my teammates,” Naeem said. “This supportive atmosphere will have a tremendously positive impact on our game, and I’m really excited to see that play out this spring!”

The team might not start their competition until April, but they’re already back on the green practicing their swings.

“Spring golf is always harder than the fall for a number of reasons,” Naeem said. “Both because we’re a little out of practice from the winter, and because the weather can be really all over the place and can have such an affect on our game. Our goal is to get started swinging early. We’ve been trying to get to the range at least once a week since the semester started so that we can get back in the groove as quickly as possible.”

Baseball will come in hot this season if they match the temperature of their upcoming spring break slew of games. The team competes in Tuscon, Ariz., come this mid-March, swinging against teams across the Division III board—including an exciting twin series against Nebraska Wesleyan University.

The team followed a similar campaign last spring, winning all but three of their ten spring break matchups. When the Cardinals returned home, they initially dominated in NESCAC competition with three straight wins against Middlebury. The Red and Black moved into mixed results, with wins and losses against Hamilton and Amherst. Victories scattered across the board, near and far, until postseason play ended in a 14-7 loss in the fifth game of the NESCAC Tournament. The team concluded their season with a 22-16 overall record and 8-4 conference record.

The team retains many of their star players, including Ryan Earle ’19, Jake Alonzo ’20, and Alex Cappitelli ’20. If the Red and Black continue their steady progress ’CAC competition, they can hopefully claim a NESCAC Championship victory and a bid to the NCAA Division III Tournament. 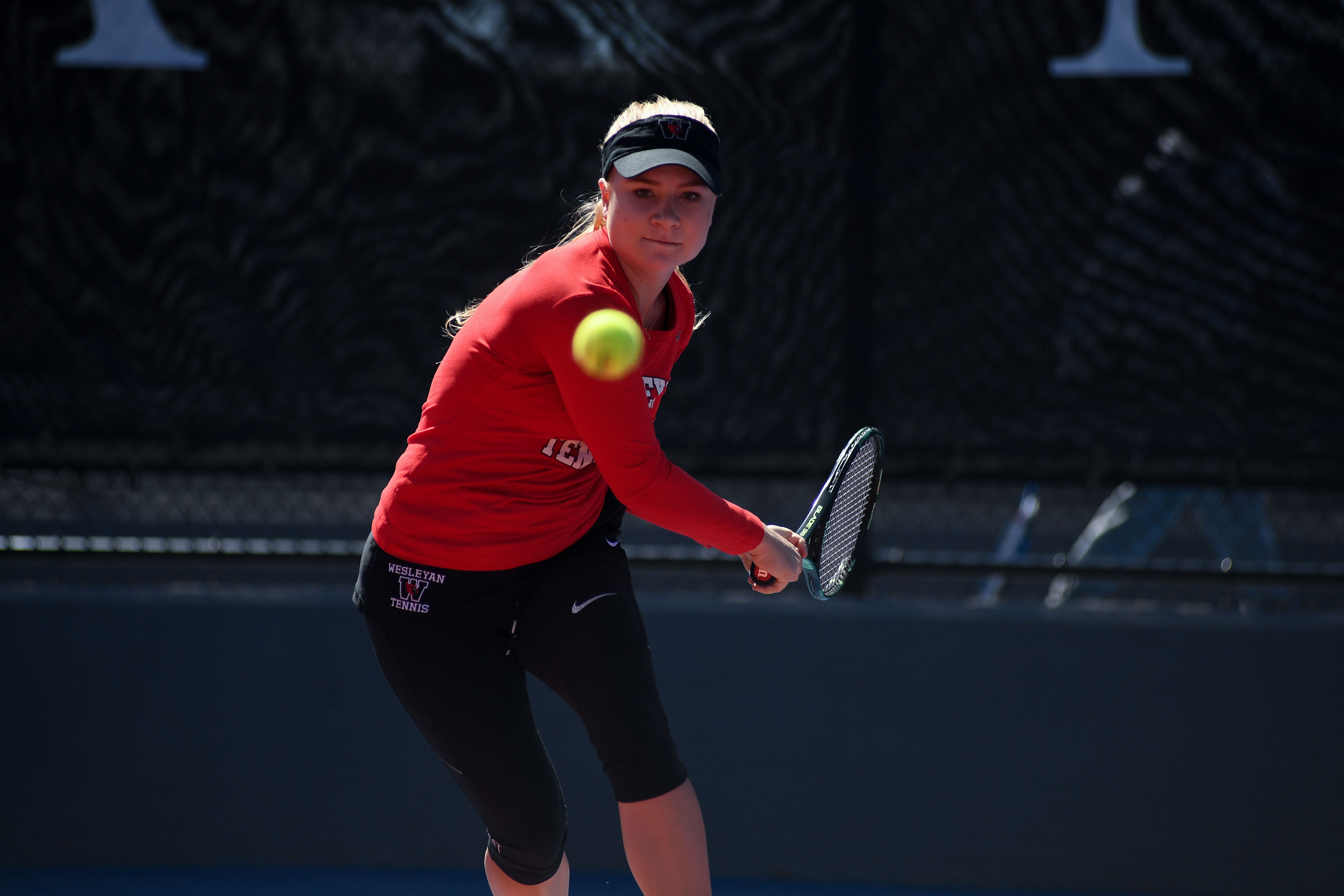 Tennis comes back to play this March with their spring break campaign. The Red and Black will take on Division III schools around the country, including Kenyon College, Washington University in St. Louis, and Carnegie Mellon University. When the teams return to home turf in April, the Cardinals attempt attacks against a trail of NESCAC competitors until the NESCAC and NCAA Championships come May.

The women’s team is coming off a 11-2 record from last spring, when they concluded their season in the semifinals of the NESCAC Championship against Middlebury. The men’s team finished with an even 8-8 record, also in the NESCAC Semifinals but against Bowdoin. Individuals from both teams continued to move on after team competition, including star Cardinal Eudice Chong ’18. Both Chong and her doubles partner Victoria Yu ’19 dominated postseason competition, taking the doubles title together and facing off in the singles final. Chong came out on top in singles competition for the fourth year in a row, earning her fifth overall NCAA Title as well as the Division III Honda Athlete of the Year award.

Despite the loss of a star player, tennis continues to hit hard in their 2018 fall competition. The men’s team struggled in the ITA Regional Championships against Middlebury but has a young team with many first years that promise future success. At the women’s competition in the ITA Regional Championships, Yu continued to dominate in doubles, this time with her sister, Kristina Yu ’22, a newly minted Cardinal.