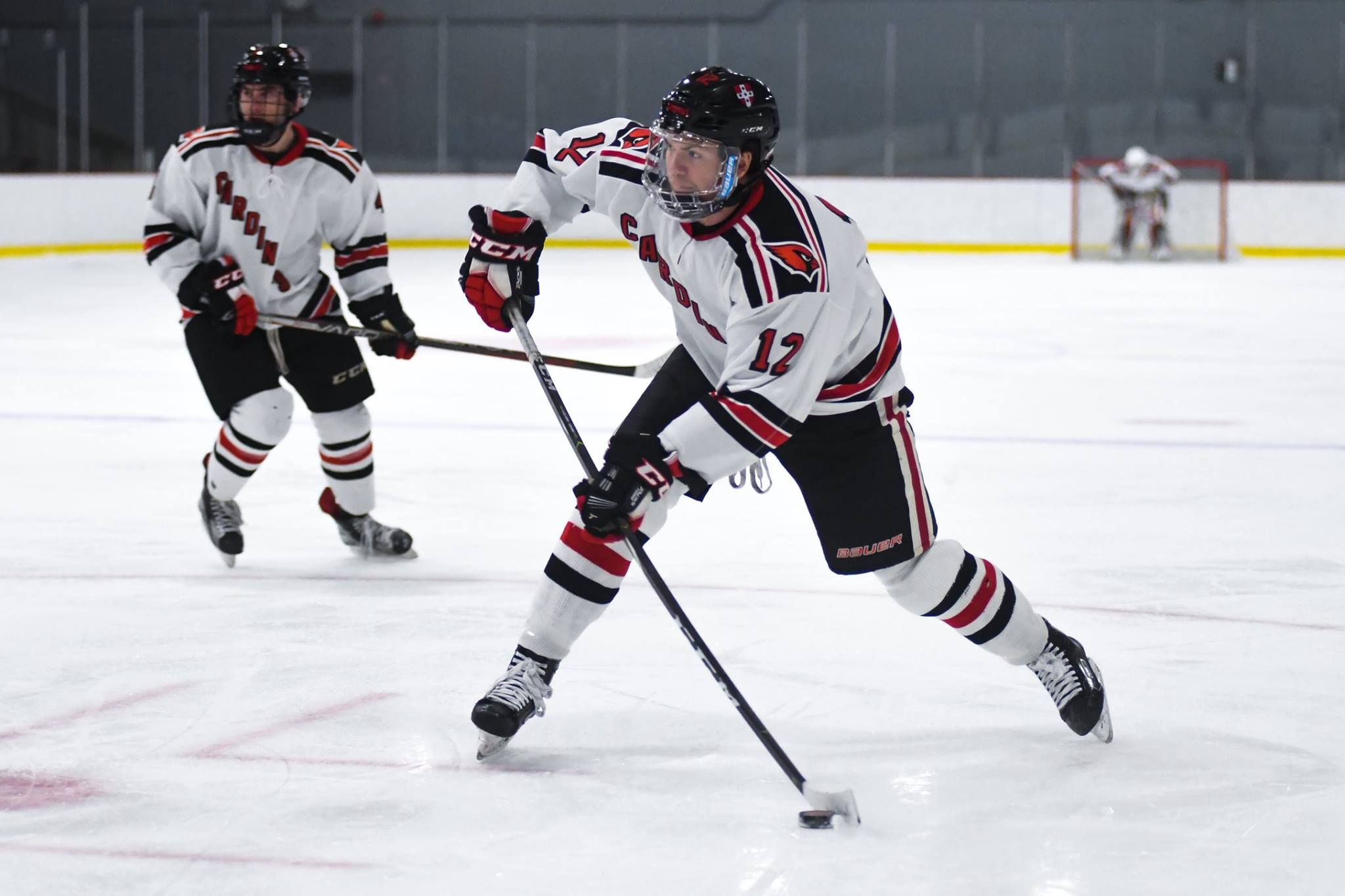 The Wesleyan men’s hockey team is dealing with its first bit of adversity this season, having lost three games in a row following two tough close losses to Trinity last weekend.

First on Friday night, the team lost a tough 6-5 game at home after holding a one-goal lead going into the third period. Chad Malinowski ’19 had a big game despite the loss and scored two goals including one shorthanded. Tim Sestak ’20 made 32 saves in the loss.

The Cards then followed up the tough loss with a 3-2 loss to Trinity on the road to wrap up the regular season with a 15-7-2 record overall and a 13-3-2 NESCAC record. In the second game against Trinity, the Cards battled back from a two-goal deficit only to see Trinity score with four seconds to go to take the win and clinch the number one seed in the playoffs. Walker Harris ’20 and Matthew Zandi ’21 scored the goals for the Cards in the loss. Matteo Esposito ’22 made 36 saves in the loss on the road. Despite the loss, Malinowski thought the team played pretty well; they just couldn’t finish what they started.

“I think we played well but we definitely have to clean some things up,” Malinowski said. “Trinity is a very good team that forces you to be very attentive to details. We played hard and brought energy, we just needed to execute better in a few key situations.”

Malinowski believes the teams can turn their close losses into wins by tidying up their mistakes.

“We just need to make a few more plays and make sure we clean a few things up,” he said. “I think we played well and while we did not get the results, we want to be peaking at the right time.”

Next up, the second-seeded Cards host the NESCAC Quarterfinals vs. seventh-seeded Middlebury at 3 p.m. on Saturday.

Malinowski stressed the need to refocus as everything resets during the playoffs. 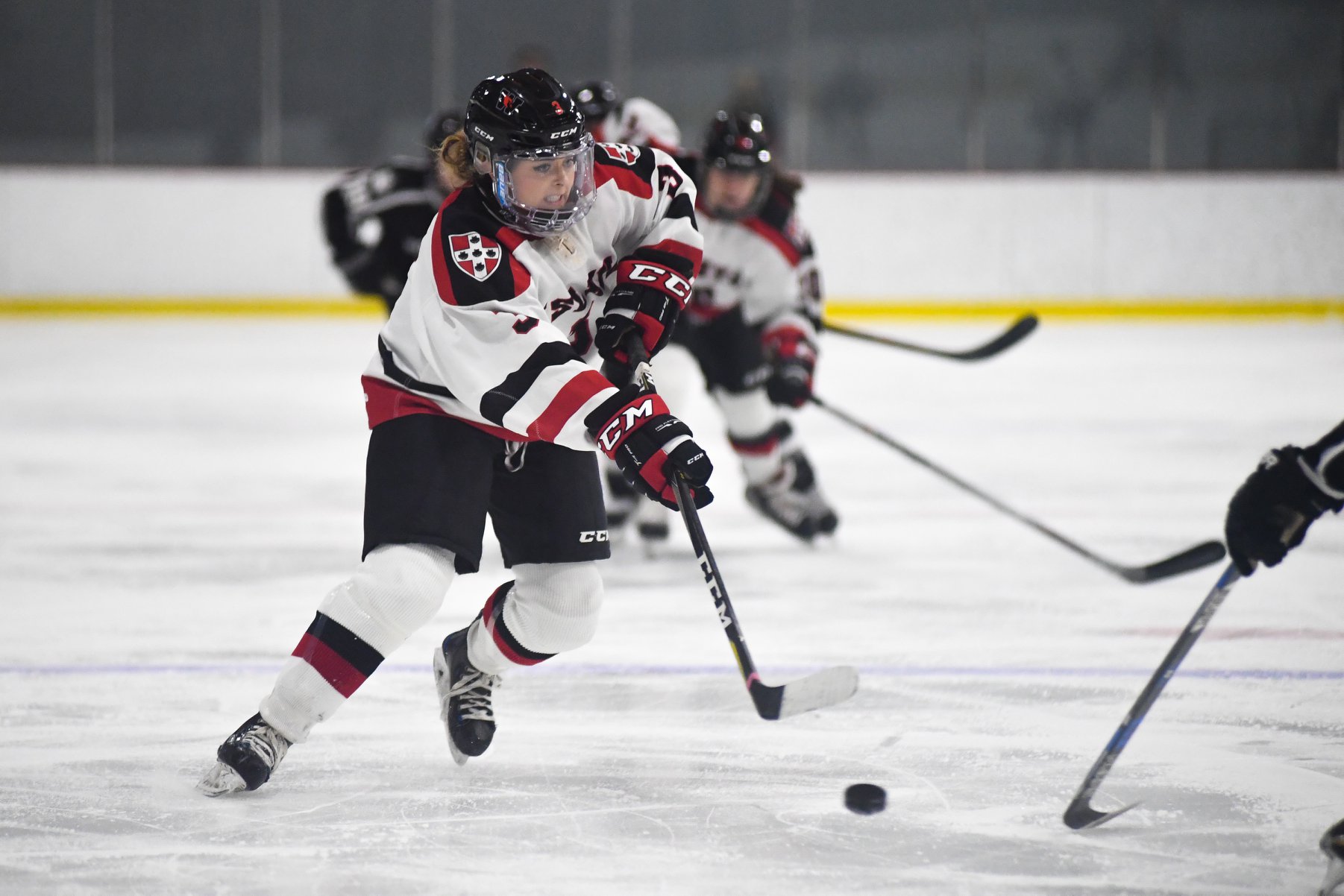 First on Saturday, the team lost a tough 1-0 game at home. Allegra Grant ’20 made 33 saves in the losing effort.

Then, on Sunday, the team lost 2-1 on the road against Amherst, closing out the regular season with a 8-15-1 record overall and 4-11-1 conference record. Cali Stevens ’22 scored the lone goal for the Cards in the third period of the game, while Grant made 52 saves.

Reflecting on the weekend, Captain Grace Keogh ’19 said that the team’s issues stemmed from not working together efficiently.

“Against Amherst, we got away from playing with confidence and as a unit, which led to problems with our systems, both offensively and defensively,” Keogh said. “Bringing the levels of grit and poise that we have when at our best is crucial in turning these close games into wins going forward.”

Next up, the eighth-seeded Cardinals travel to take on top-seeded Williams in the NESCAC Quarterfinals on Saturday afternoon.

Despite the fact that they are underdogs, Keogh has confidence in the team going into the game this weekend.

“Going into playoffs this weekend, our record shows that we are capable of prevailing against any team in this league,” she said. “Having beaten or tied the top four teams in the NESCAC, we fully believe in our ability to win this weekend and play our best hockey in the postseason.”