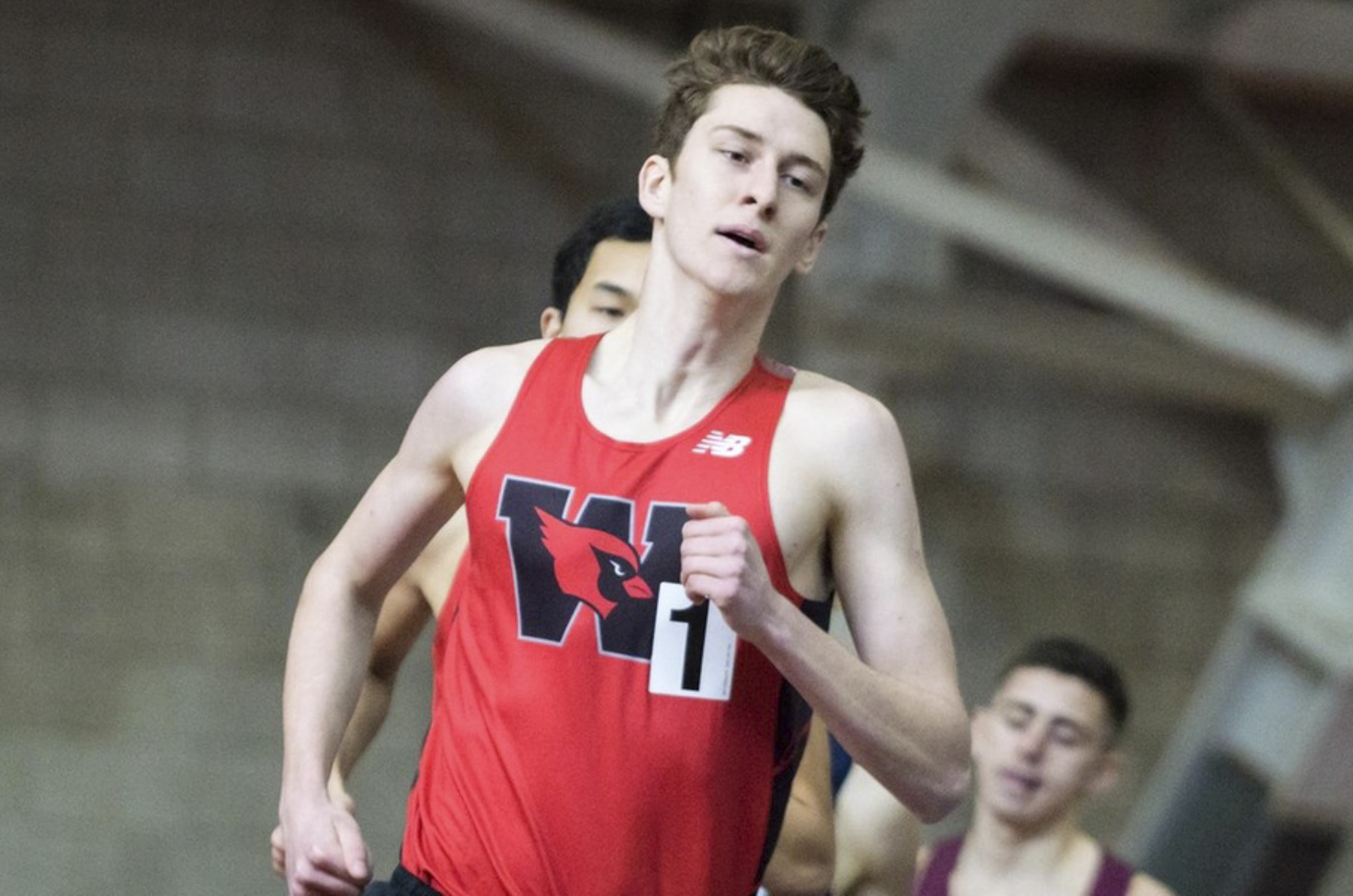 “Trust the process and enjoy the uncertainty,” Rhoen Fiutak ’19 said. In her last year as a tri-season runner and captain of women’s track and field, Fiutak uses this motto to stay confident and excited on competition days.

Whether it was the result of her motto or just hard work, Fiutak ran her way to victory on Saturday, Feb. 9 at Yale’s 13th Giegengack Invitational. She placed first in the mile with a personal record of 5:06.81, followed by fellow senior and captain Julia Mitchell, who took second in 5:12.15. The women’s team continued to shine on the track, with three top-ten finishes in the 800m, all from first-years: Becky Velie took first in 2:21.48, followed by a Sophie Scobell in third (2:29.16), and Addie Thomas in ninth (2:34.52). The 4x400m squad consisting of Alexandra Dibrindisi ’19, Julia Cella ’21, Rachel Morrow ’22, and Allegra Fils-Aime ’19 sprinted to a first-place finish in just 4:05.11. Becky Lopez-Anido ’21 and Sara Pinsonault ’20 rounded out the women’s track victories with second and third, respectively, in the 3000m.

In the field events, first-year Ivie Uzamere came out on top once again in the weight throw with a 17.88m mark. She went on to place fourth in the shot put with a 11.73m toss. Tara Peng ’20 took third in the pole vault with 3.20m, while senior captain Katie Maehl took fourth in the high jump and tenth in the long jump. Maehl continued her competition with the 60m hurdles finals, in which she placed seventh.

In competition at the same invitational, the men’s team also took some top finishes and exciting victories.

Distance runner Grant Van Inwegen ’20 took first in the 3000m with an impressive 8:41.80 finish, a solid 19 seconds ahead of the second-place competitor. In the mile, junior Bill Bajohr took second, followed by first-years Alexander Blaylock and Ethan Walker in fourth and fifth, respectively. The Wes wins continued in sprint events; Nick Carulli ’22 took seventh in the 60m hurdles, while the 200m saw victories from Kevin DeLoughry ’21 (second place), Christian Denny ’22 (third), and Griffin Maristany ’22 (eighth). Denny’s and Maristany’s days weren’t over yet, as Denny made it to the 60m finals and placed fourth, while Maristany took fifth in the 400m. Fellow Cardinal and first-year Noah Olsen also came out on top in the 400m, where he marked a first-place finish in 51.99.

“Being in our first year, all of the freshmen I think come in with a lot to prove, and we’re all doing just about whatever we can to both help out and make a name for ourselves on the team,” Olsen said. “For me, that has meant trying to take any opportunity I have to contribute, more specifically competing in a lot of new events I don’t have much experience with.”

Even without much experience, Olsen continued to excel on the field, placing tenth in the long jump 6.43m. Carulli followed his efforts in the same competition, placing 13th with 6.21m. Connell Oberman ’22 and Olaniyi Adebayo ’19 also came out hot on the field, finishing 17th in the weight throw (12.55m) and 15th in the shot put (10.86m), respectively. Senior captain Andrew McCracken scored the bronze honor in the pole vault with a 4.65m height.

Less than a week later, the teams felt the pressure during the ominously-named Fastrack Last Chance Invitational, the last competition before the New England Division III Championship.

The men’s team top finishers looked a lot like the victors at the Giegengack Invitational: Van Inwegen took fifth in the mile, while DeLoughry sprinted to fifth in the 400-meter dash, followed by a seventh-place finish from Kyron Roberts ’21 in the same race. Adebayo dominated on the field once again with third in the weight throw and fifth in the shot put; McCracken put up a similar third-place effort in the pole vault with a 4.55m mark. Carulli wasn’t satisfied with just a track win in the 60m hurdles, so he continued his effort with a sixth-place victory in the long jump.

The women’s team took advantage of their last chances, with numerous top finishes across the (score)board. Maehl continued to dominate with second place in the high jump and fifth in the 60m hurdles. Sydney Forrest ’19 also jumped her way to victory, this time in the triple with a seventh-place leap. Fils-Aime finished tenth in the long jump, while Uzamere made Wesleyan history with her second-place finish in the weight throw. She broke her own school record with a 18.71m mark.

On the track, Emma Trapani ’21 finished tenth in the 3,000m run, while Jenny Aguiar ’19 and Cella finished sixth and ninth in the 400m dash, respectively. Both Aguiar and Cella continued their victories: Aguiar took ninth in the 200m dash, while Cella joined Dibrindisi, Fils-Aime, and Morrow for a third-place finish in the 4x400m relay.

Lopez-Anido joined Uzamere’s historical day with bronze in the 800m run and silver in the 1,000m. Her 1,000m time of 2:55.95 narrowly tops the previous school record of 2:55.98, one that hadn’t been broken in over 20 years. Records continued to be shattered after the Cardinals’ effort in the one-mile run. The Red and Black recorded three top-ten finishes: Fiutak in fifth, Mitchell in sixth, and Pinsonault in tenth. Fiutak ran to the finish in just 5:00.54, clearing the 2007 school record by two seconds.

After a successful week, Fiutak noted that a positive mental state—specifically focusing on staying grounded and aware of the bigger picture—helped solidify her victories.

“I think I have managed to keep a really good head on me throughout the season,” she said. “I am always thankful for each small milestone and try to see the positive in every outcome…. Your mind can be extremely powerful and greatly affect your physical performance on the track or course. I try to be as calm as possible when stepping on the starting line, making sure my heart rate is as low as possible. For me, I run best when I’m excited, relaxed, and confident.”

Both teams look ahead to the championships on Friday, Feb. 22 and Saturday, Feb. 23. The women’s team will head to Bowdoin, while the men compete at the Massachusetts Institute of Technology.

Olsen hopes to repeat his stellar performances in the upcoming competition, but he claims he owes any victories to other members on the team.

“I have gotten a tremendous amount of help and guidance from upperclassmen, particularly Katie [Maehl], and they have been incredibly instrumental in any success I’ve had,” he said. “Going into the championships, I hope simply to place as high as I can in whatever events I’m in and put in as strong of a performance as possible.”

“Each season you spend with the team, they grow into your family,” she said. “I can’t imagine spending my afternoons with anyone else.”